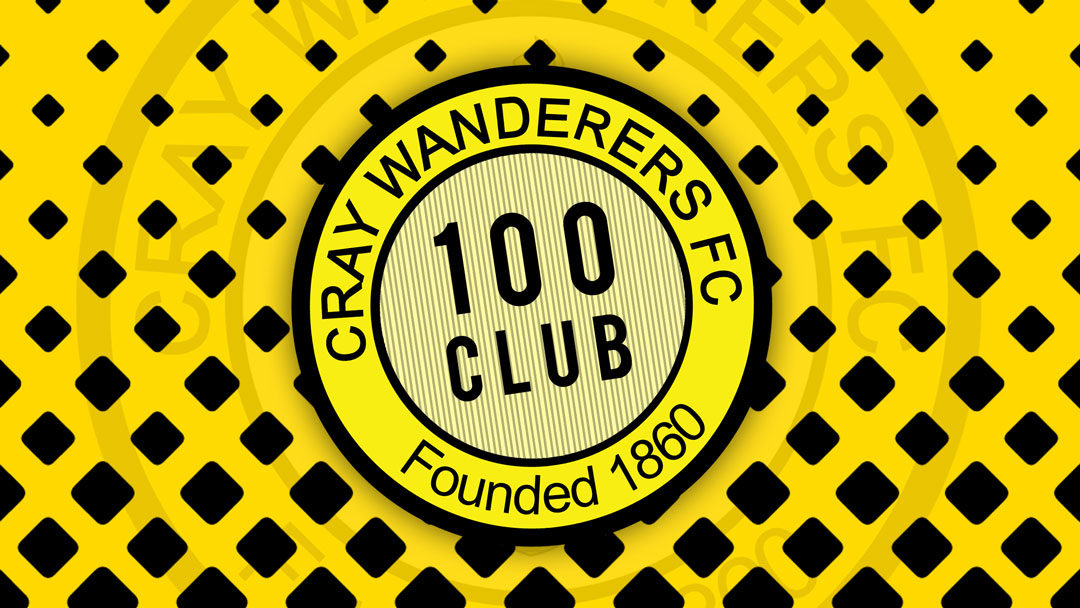 Good Afternoon to all CWFC 100 Club Monthly Draw Members and Friends.
Yesterday at half-time during Cray’s fixture against Worthing FC, (2-2 draw), we had
another Draw, for the October’s 100 Club Prizes.
It so happens that yesterday also we celebrated the Anniversary, (25 years), of
Gary Hillman’s Chairmanship of Cray Wanderers Football Club.
From those present yesterday we spotted Dino Mancini Lyamani who was often on the
bench at the beginning of Gary’s tenure of the Club.  Dino agreed to make the Draw for us and here
are the results of his efforts.
The 1st Prize of £150, with number 36, went to Mrs Savill of Whitstable Kent.
2nd Prize of £65, was won, with the number 23, by Mr. Reeve of Greenwich, London.
And remarkably, the 3rd Prize of £35, was drawn in favour of the holder of number 7 who
happens to be the Chairman, Gary Hillman. However, Gary will, I know, continue as before
by not taking  his winnings which will remain with the 100 Club.
Congratulations to our winners and best wishes to you all. You could be one of next month’s
lucky winners.
Thank You for your support.
Kind Regards,
Kerry.
K.Phillips,
CWFC Life President/Administrator of CWFC Monthly Draw Club.