The club emerged from lunchtime kick-abouts between St. Mary Cray villagers and labourers constructing a railway viaduct across the Cray Valley in north-west Kent. Soon a ground was laid out – on what is now Star Lane Cemetery – and matches were played against Army teams and other local villages.

The players would change into their chocolate coloured strip – hence their Victorian nickname, the ‘Chocolates’ – in Barnard’s Coffee Tavern, which stood in the village high street and walk the quarter mile to the ground. The industrial belt around the River Cray, especially the paper mills, provided much of the club’s support up till the 1950s.

Sadly, a lack of archival records means that little else is known about them during this period; that is until the 1880s when local newspaper reports began referring to the club simply as St. Mary Cray. Then in January 1887 the first reference was made to the club being called Cray Wanderers.

This name change could well be attributed to a comment made by one Arthur ‘Bowser’ Price. He remarked after a game: ‘You look like a bunch of wanderers!’ Or it could be because the labourers who helped form the team wandered around the country looking for work. Whatever the reason Cray Wanderers became our official name and from that came the nickname, the ‘Wands’, which remains to this day.

Cray Wanderers were a strong force in senior county football at the turn of the century. After being Kent Junior Cup semi-finalists and finalists in 1890/91 and 1891/92 we entered the first ever FA Amateur Cup competition in 1893/94. We also had a spell as a professional club between 1895 and 1907, and were a nursery club for Woolwich Arsenal (better known today as Arsenal FC) during part of this period.

In 1894 Cray Wanderers was one of 14 founder members of the Kent League. Included in this league were teams from Crystal Palace, Charlton Athletic, Millwall and Woolwich Arsenal. We won the League championship in 1901/02 season. The club continued playing in this League, with one or two exceptions until their promotion to the Ryman League, at the end of the 2003/04 season.

The year 1895 saw the club change its colours from chocolate to their now-familiar amber and black.  And in 1898 we moved to a new ground called Fordcroft on Cray Avenue in St. Mary Cray (now the site of Allied Bakeries), where we remained until 1936. Other honours included Southern Suburban League champions in 1898/99, West Kent League champions in 1903/04, and Kent Senior Cup runners-up in 1899/1900. 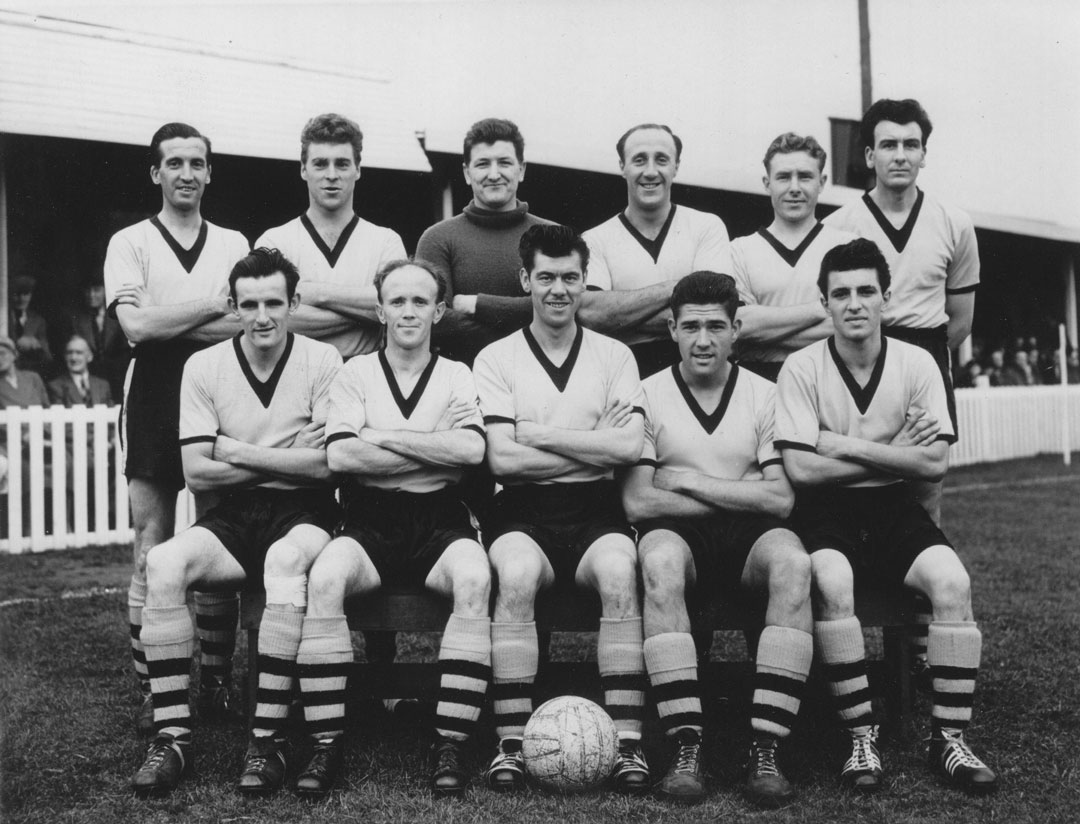 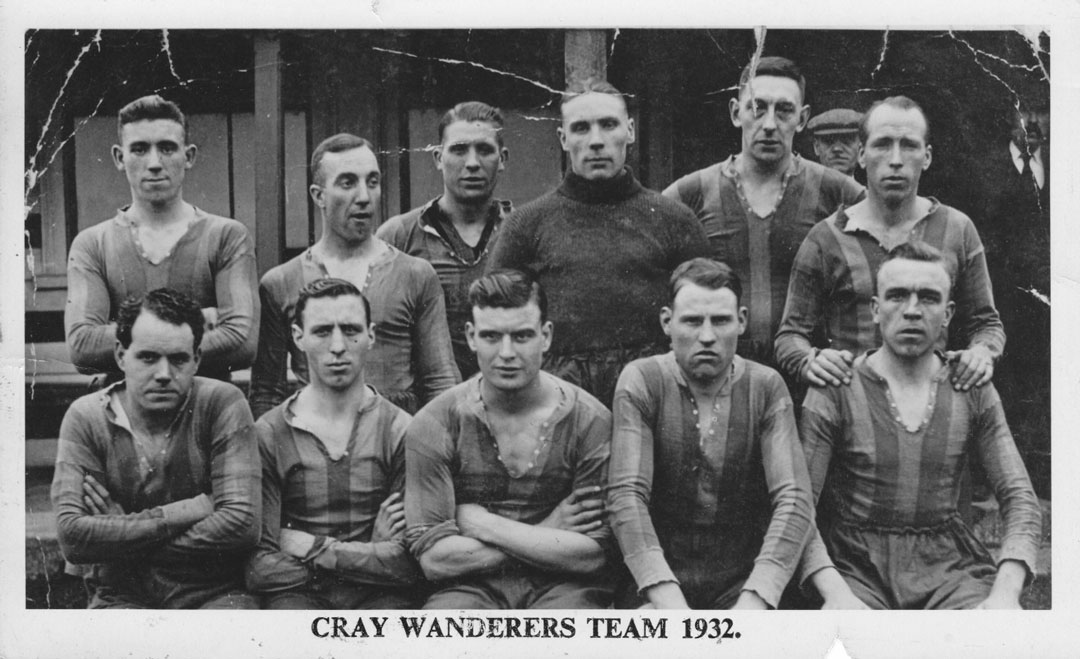 After World War One, the club switched to the London League where we remained till 1934, winning the Kent Amateur Cup in 1931.

We rejoined the Kent League in 1934/35 but our stay in that league came to grief when, in 1936, we lost out Fordcroft ground and were forced to drop into a lower level of football. This caused us to drift from one temporary pitch to another. The team struggled badly during this period.

Off the field the club was also struggling to maintain a full complement of committee members which had dwindled to a perilously small number.

The 1951/52 season heralded a new era, and an upturn in the club’s fortunes, when local businessman Mick Slater took over at the helm. The club was elected to the London League and regained its senior status. We moved to a new ground at Grassmeade in 1955. Our stay there was a very successful period in the club’s history. Drawing extra support from the commuter town of Orpington, we played in the London League and then the Aetolian League. We were crowned league champions three times, won the League Cup twice, and also won the Kent Amateur Cup three times.

In 1966/67 we switched to the semi-professional Metropolitan League for five seasons commencing before it was merged with the Greater London league in 1970 to form the Metropolitan London League. 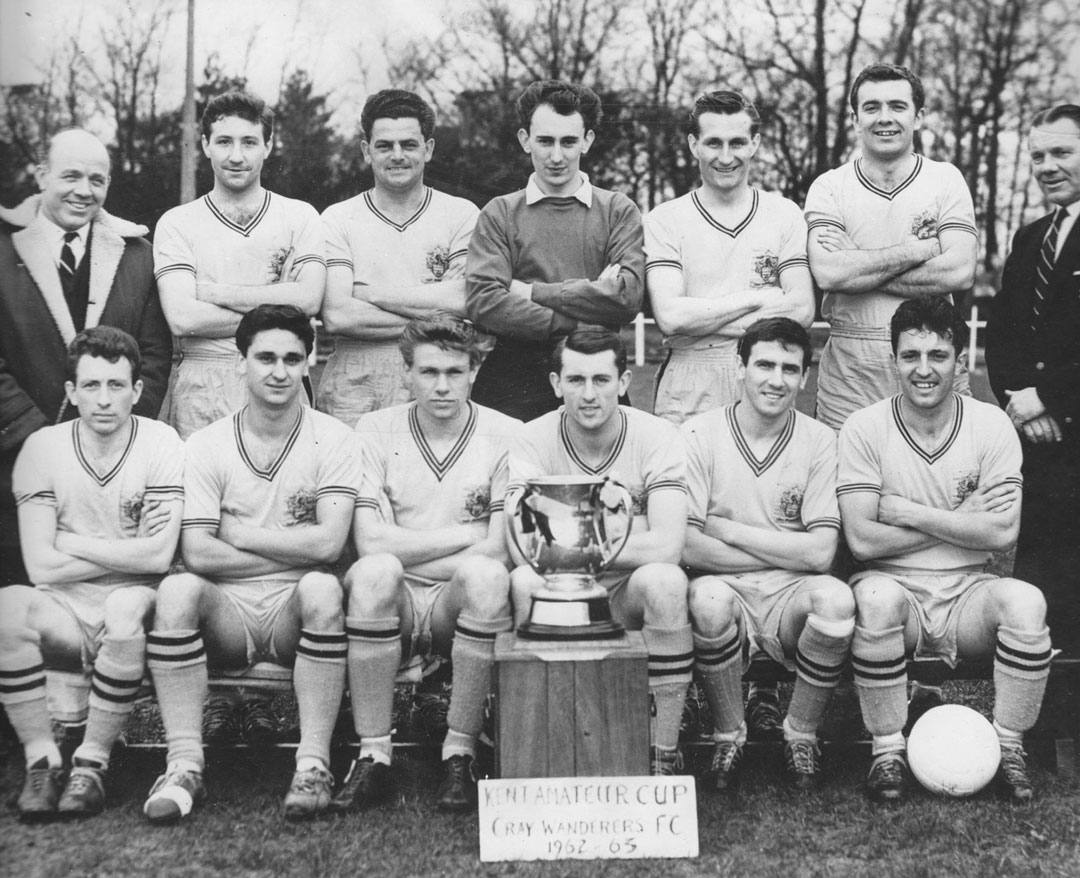 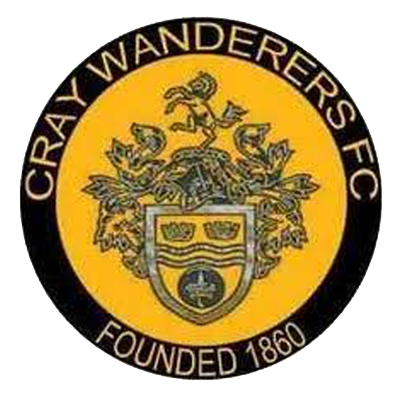 We lost our Grassmeade ground in in 1973 when our landlord sold the ground for redevelopment. We moved to Oxford Road in Sidcup, in time for the 1973/74 season.

We returned to the Kent League in 1978/79 and won the league title in the 1980/81 season, having been runners-up the year before. Around this time a powerful team had been developed, under the management of Harry Richardson, and we reached the FA Vase 5th round and the quarter-final the following year. After that we only won one more piece of silverware, the Kent League Cup in 1983/84.

After finishing Kent League runners up in 1990/91 the club entered a lean period, with the exception of 1992/93 when we won the Kent Senior Trophy. A new club chairman, Gary Hillman, arrived in 1994/95 and Ian Jenkins, a Cray player since 1993, was appointed manager in 1999. By now the club was tenants of Bromley FC, having been forced to move by Kent League rules which stipulated that the Oxford Road facilities were not suitable for our level of football.

Once again we tasted success as champions of the Kent League in 2002/03 and 2003/04. We also reached the FA Vase quarter-final for a second time and achieved promotion into the Ryman League South Division. Five years later at the end of 2008/09 season came further promotion into the Ryman Premier League, the highest level of football that the club has played at since the Second World War.

Today we are going through a period of transition which we believe will help us emulate our glories from yesteryear. 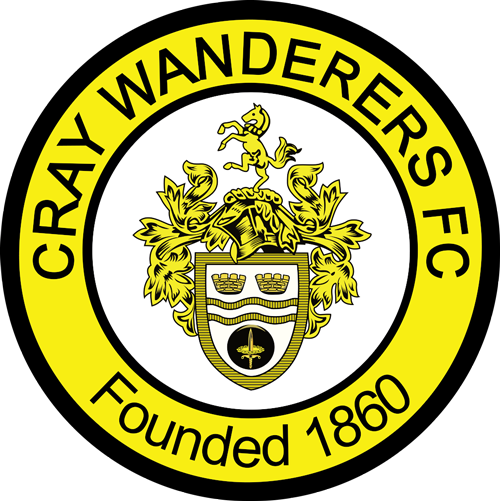 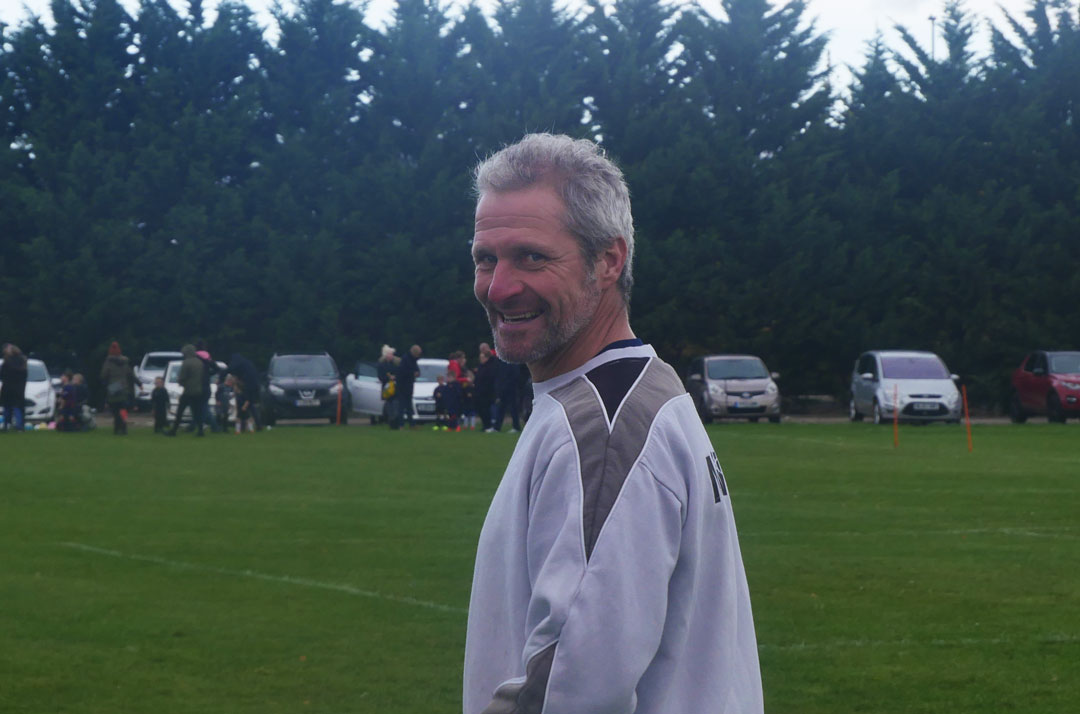 After parting company with long-serving manager Ian Jenkins, relegation into the Ryman Division One North came at the end of 2013/14. The 2014/15 season started with much optimism but this was soon dispelled with a run of difficult results and three changes in management.

Looking very much like having to suffer back to back relegations at Christmas and with 10 games to go after suffering a home defeat to the eventual League Champions the Wands went on a 10 game winning run, with a team assembled by the then manager Tommy Warrilow to secure survival and became the Ryman North League Team of the Year.

For 2015/16 The Wands were managed by former player Tony Russell. The Wands finished third in the Ryman North Division losing in the play-off semi final. Two years later and now in the Bostik League South they were beaten by Walton Casuals at the same stage after an excellent season saw Cray finish third and as top scorers with 112 goals. 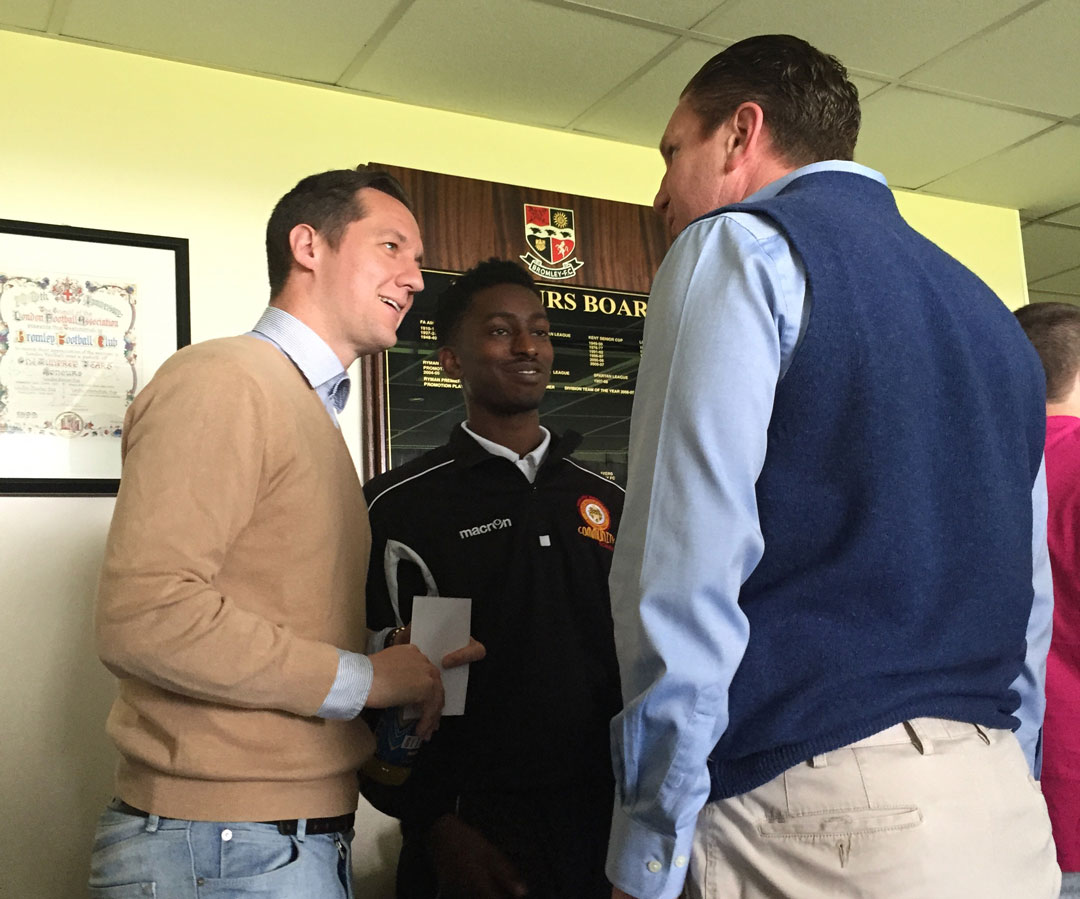 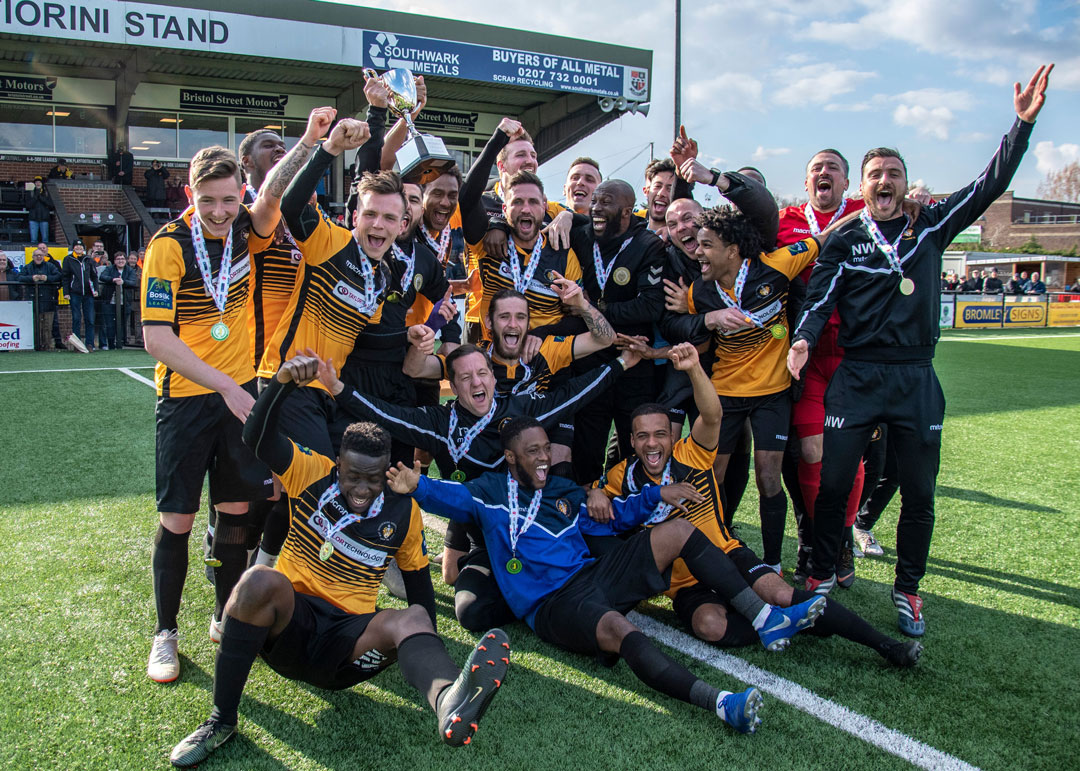 The 2018-19 season saw Cray Wanderers now playing in the newly formed Isthmian South-East and after a 15 game unbeaten start to the season the team were on their way and were crowned the first champions of the division on Saturday 13th April and Cray now take their place in the Isthmian Premier next season after a five year absence.

The move to the new ground is taking shape and new grass pitches are being laid for Cray Wanderers youth sides to play on while the main stadium is being built and the club are finally playing football at what will be their new home.

Cray Wanderers’ return to the Isthmian Premier looked to begin with like one of consolidation in 2019-20. However, a 12 game unbeaten run from 1st January, 2020 of nine wins and three draws saw Cray move from 9th place to 2nd on 7th March.  There was a much bigger worldwide story though which was to deny further progress with the Covid-19 pandemic and the league was stopped with nine games to play and the records were to be expunged with Cray on the verge of possible National South football for the first time.

The 2020-21 season perhaps in retrospect should never really have begun as the pandemic was still rife and no vaccines then available. The season started later than normal in late September and Cray continued their unbeaten run in 2020 for another five games but despite a record equalling run to the 4th Qualifying Round of the FA Cup, the league was once again curtailed in November 2020 with Cray having played only seven league games.

With the game in limbo for several months, Tony Russell announced his departure from Cray Wanderers in March 2021 after six years and the club appointed former AFC Wimbledon and Gillingham forward Danny Kedwell to rebuild the side for the 2021-22 season. Despite taking Cray Wanderers to the 3rd Round of the FA Trophy for the first time, the club were engulfed in a relegation fight and Danny departed in late 2021 to be replaced by interim manager and former Wand, Grant Basey.

Although results and performances improved, the threat of relegation couldn’t be shrugged off. So with just six games of the season to go, ex Bromley manager Neil Smith was brought in to steer Cray through the remaining games and the win against East Thurrock United on 19th April proved enough in the end to preserve Isthmian Premier football for another season.

The club moved to appointed Neil Smith as the club’s first ever full time manager in May 2022 with the pending Cray Wanderers Academy part of his remit as the club look for a new exciting future at Flamingo Park and look to prosper on and off the field. 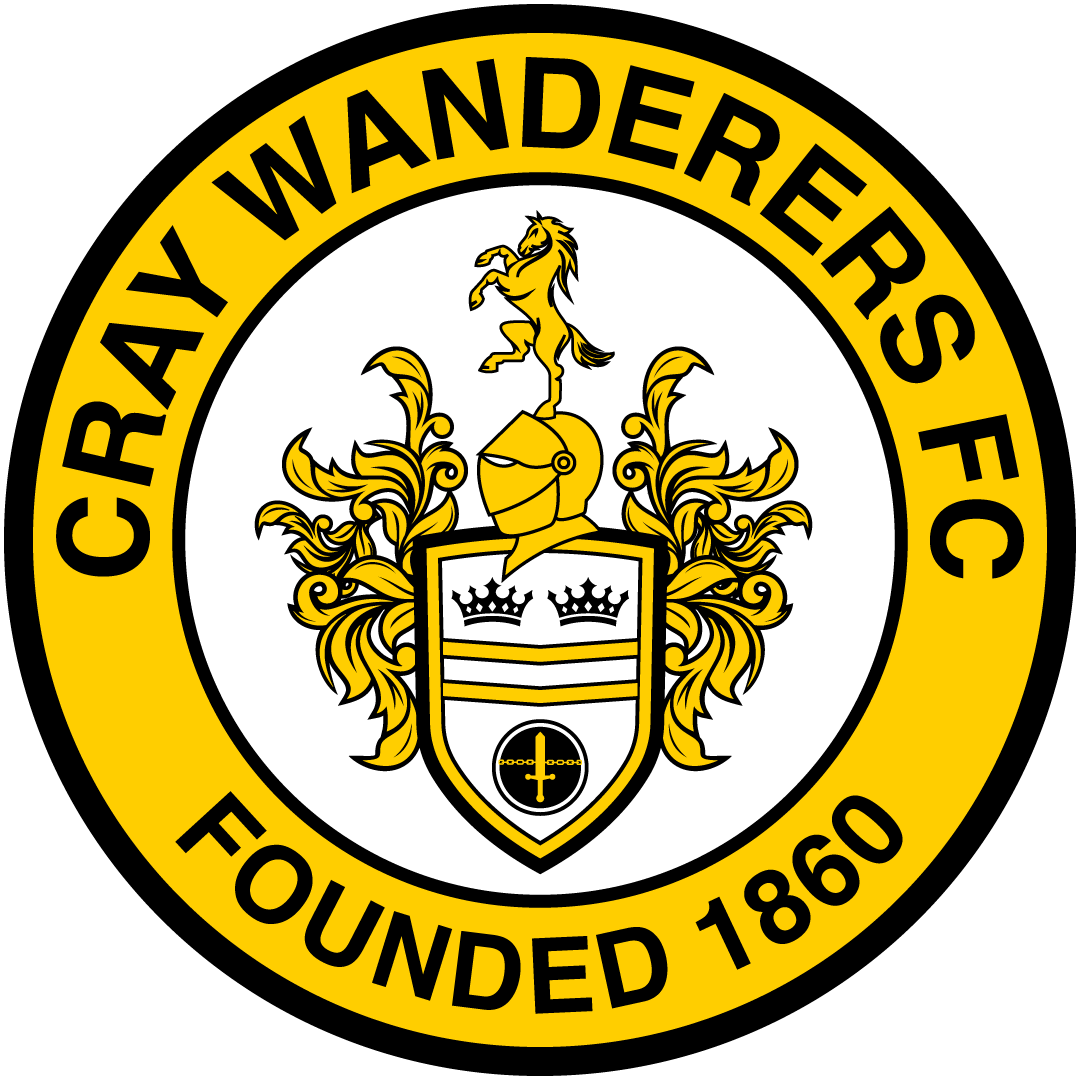 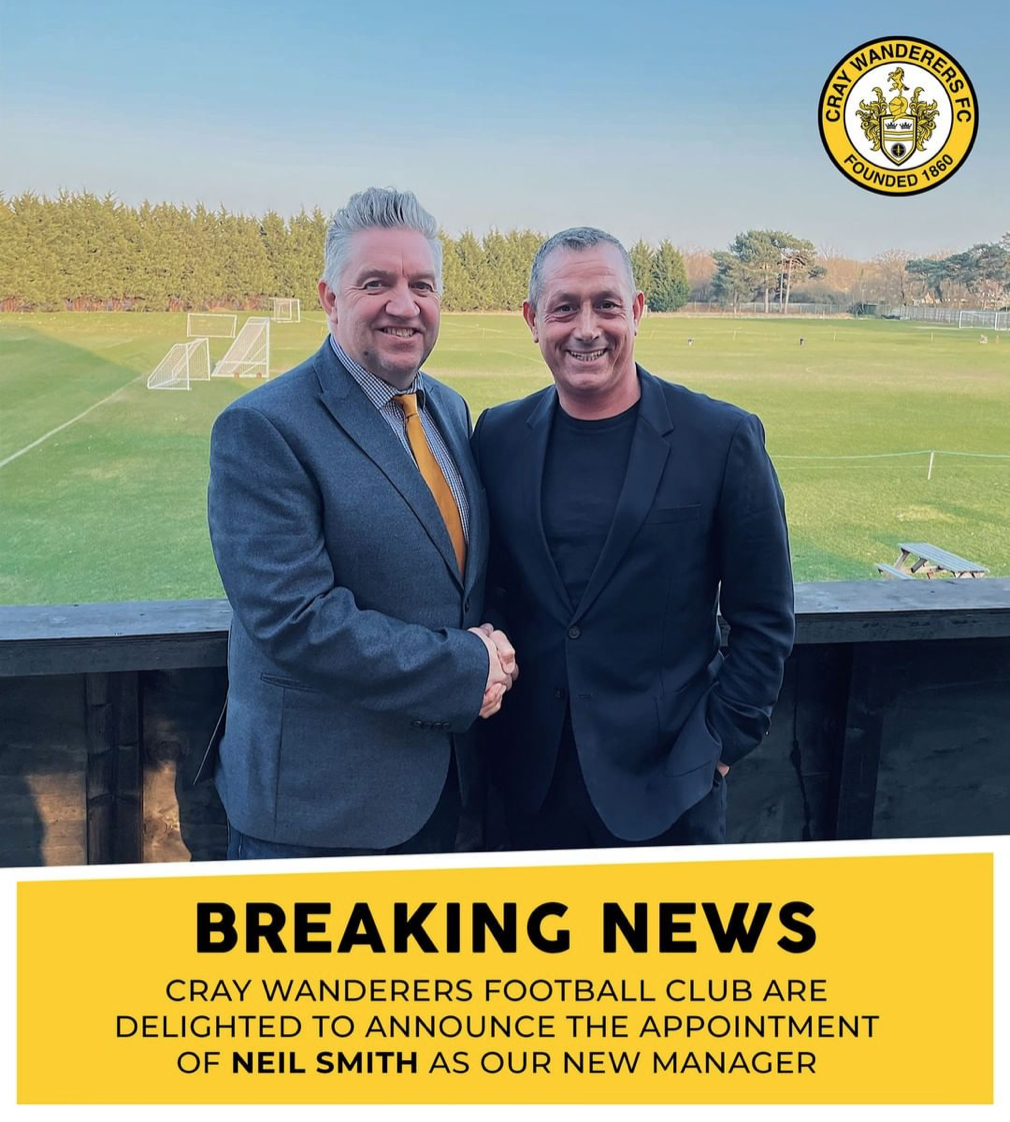