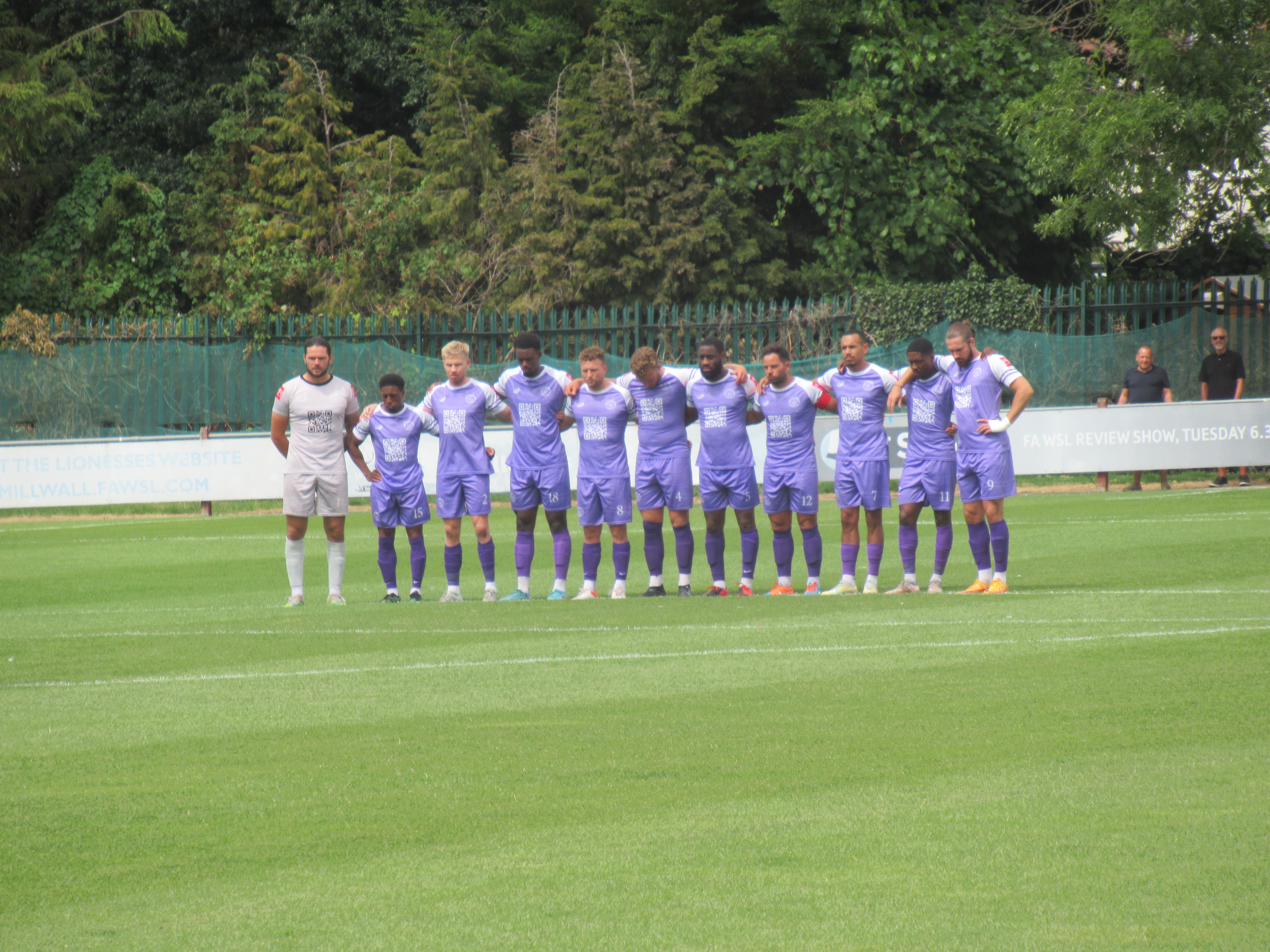 Cray Wanderers penultimate pre-season friendly ended in defeat despite a lively attacking performance at Beckenham Town which deserved to yield more than a solitary goal. 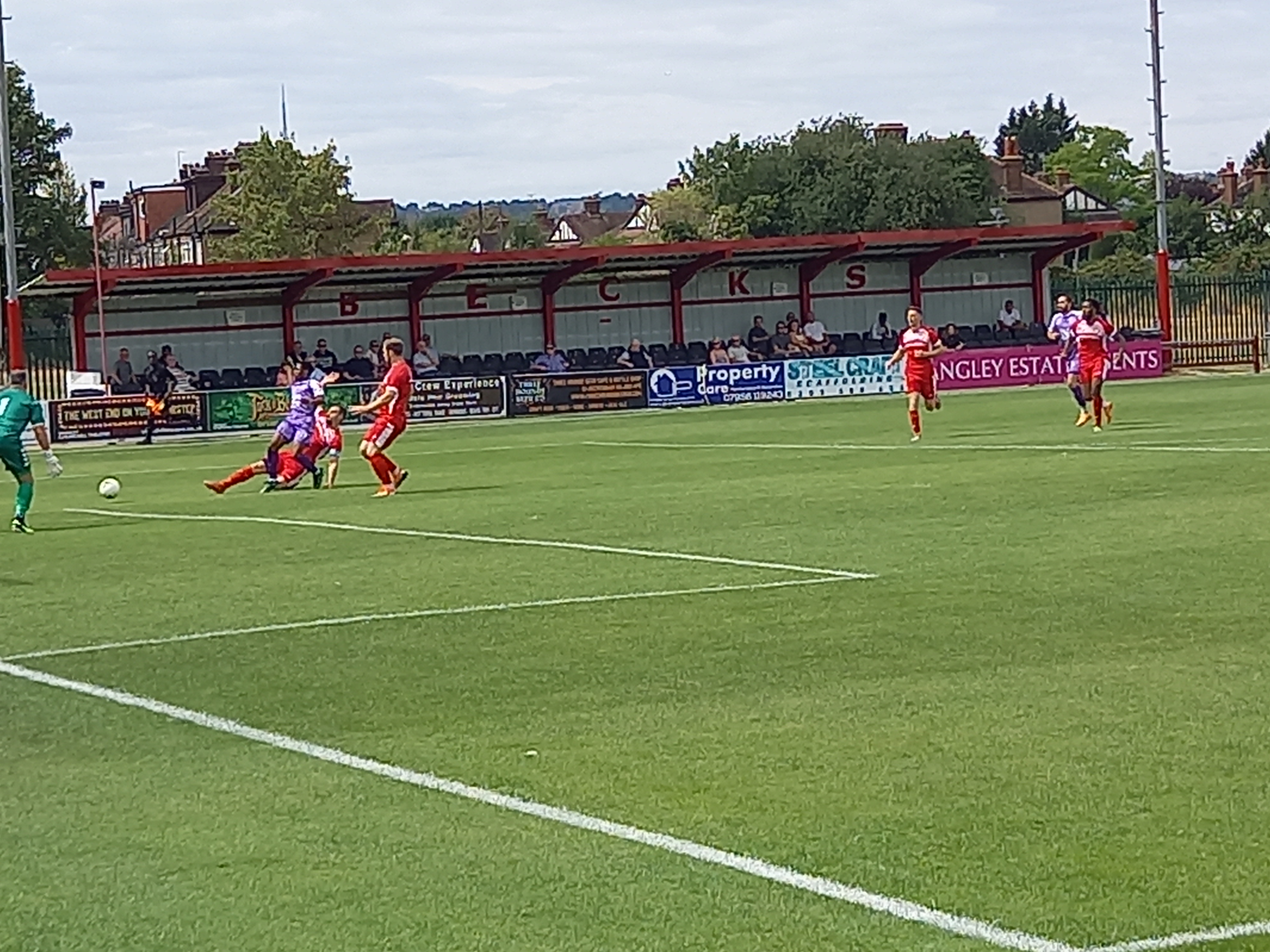 Cray went ahead on 15 minutes when Tom Derry fired home with great aplomb after good combination play between Nyren Clunis and Billy Crook set up the striker for a cool finish.  Cray came close to adding to the lead notably when a lively trialist saw a shot pushed onto the post by former Wand Nick Blue.  Beckenham though scored twice in five minutes before half time to go in front at the break.

Cray continued to press in the second half and Clunis was unlucky to see a shot from eight yards come back off the underside of the crossbar but Beckenham had the final say with a third goal in the final minute and make it four straight defeats in pre-season for the Wands.

Prior to the game there was an impeccably observed minute silence for former Beckenham Town player and coach, Steve Chapman who recently passed away.

On a warm afternoon and played on the lush and immaculate playing surface at Eden Park Avenue, Cray played with much more attacking momentum than at Sevenoaks on Wednesday night and perhaps shaded the opening quarter of an hour.  Beckenham had the first shooting opportunity when the no 2 down the left hit a skimming shot well held by Shaun Rowley.  For Cray, Danny Bassett came close with a shot which went just wide of the right post. 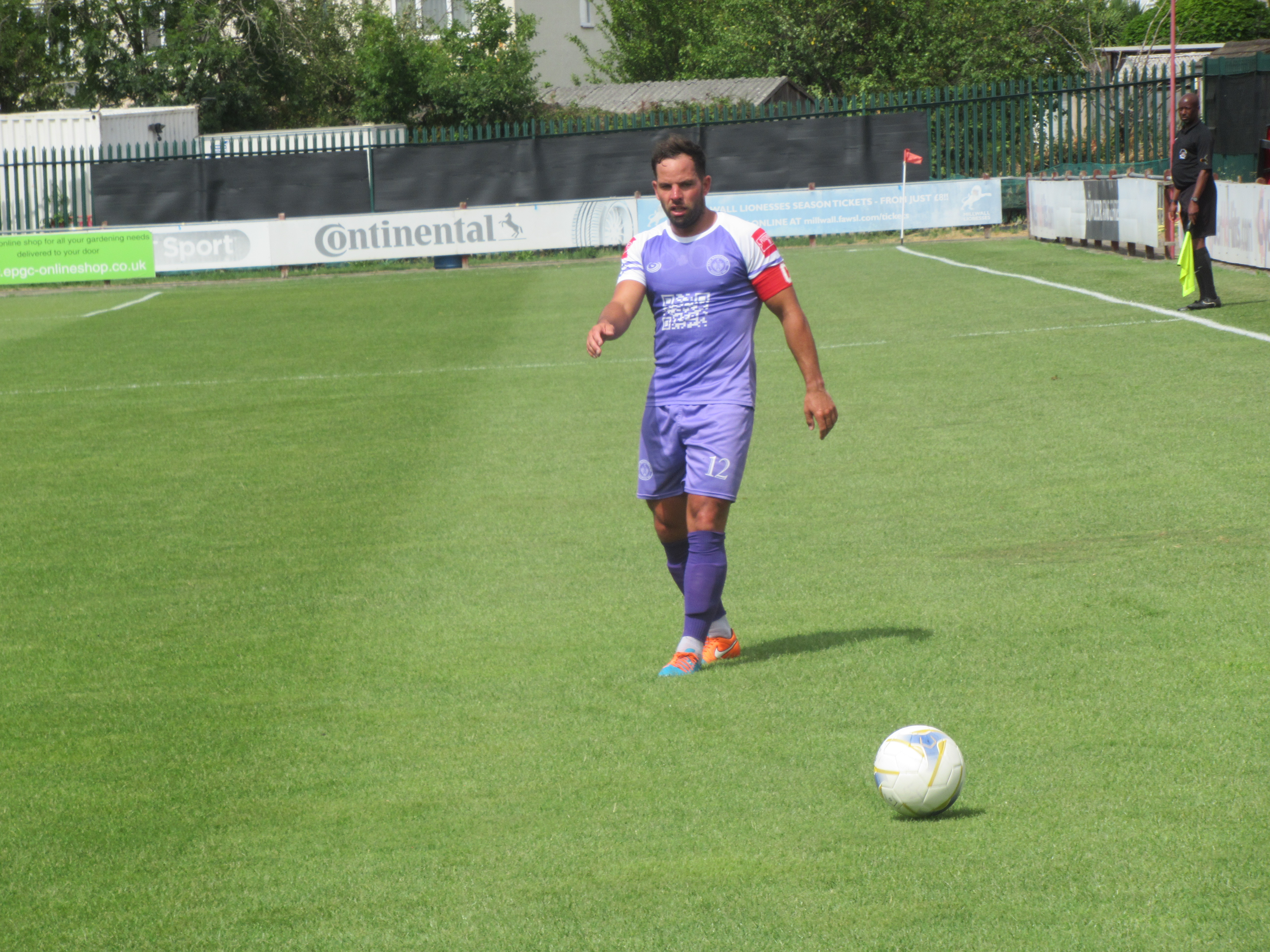 On 15 minutes Cray went in front with a well worked goal down the left and Clunis made a run forward and played the ball to Billy Crook who found Tom Derry with a precise pass and from the edge of the area shot wide of Blue and into the net.

Shortly after, Mitch Chapman hit a shot from the right edge of the area which was well claimed by Blue and then Sam Wood who has had a tremendous pre-season down the left swept the ball across to the trialist no 15 whose cross-shot was parried by Blue.

As the half continued Cray were looking the most likely to score and Bassett fired a shot into the side netting.

Cray were unlucky not to score again when the no 15 broke into the box down the right and his goalbound shot was turned onto the left post by the diving hand of Blue.

Against the run of play on 40 minutes, Beckenham levelled when the no 15 down the left played a ball into the box and the no 9 reacted quickest to fire in from 10 yards.

Before the break Cray almost regained the lead when from Wood’s right wing corner, Derry sent a powerful header wide of goal from just inside the area.

However with the last action of the half Beckenham completed a quick turnaround when a ball was launched forward out of defence and was flicked on into the area for the no 19 who stole in to loft the ball into the net. 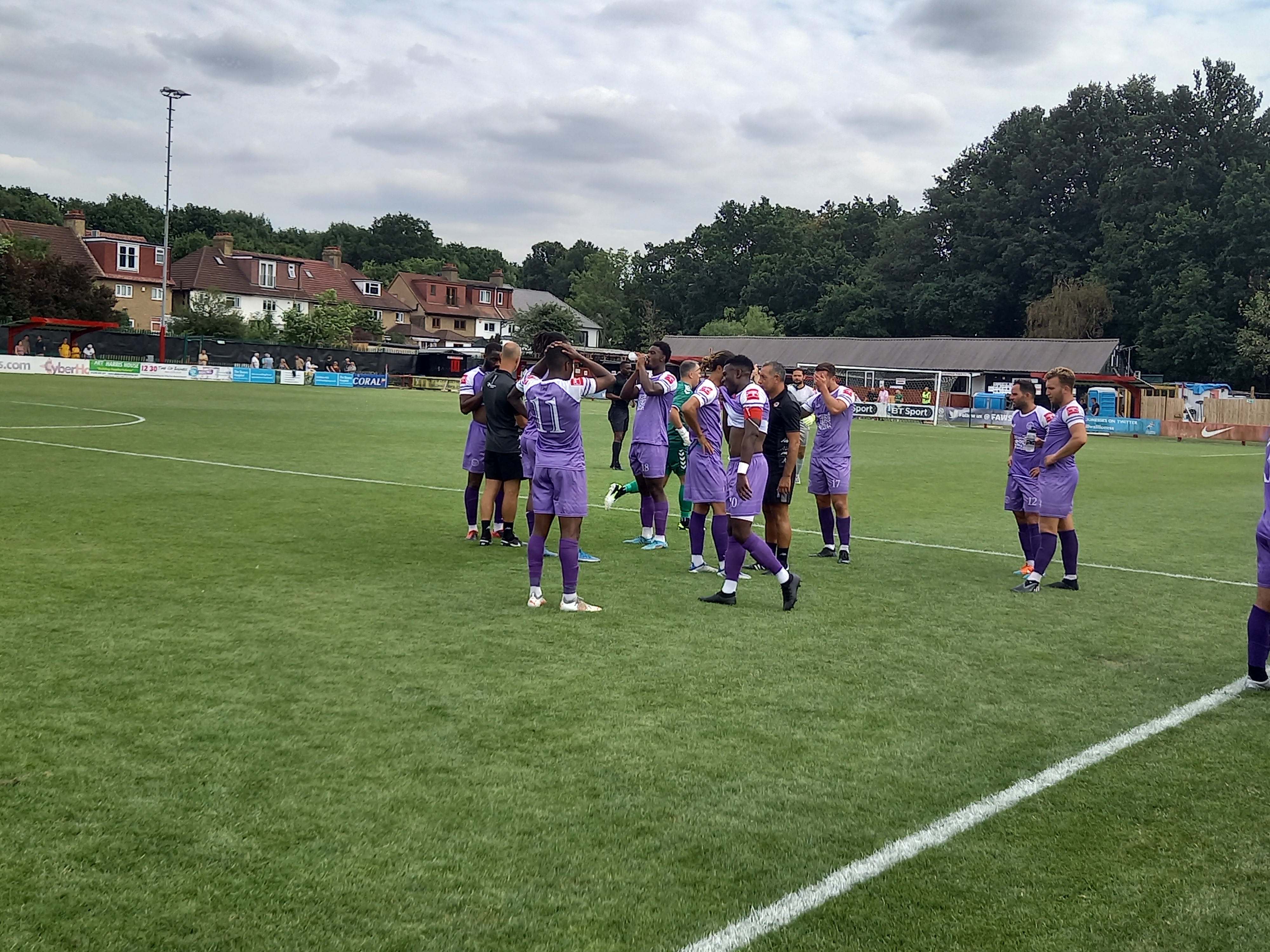 There were a few trialists introduced in the second half and Beckenham had a decent spell just after half time and the no 3 saw a shot blocked inside the area and the no 9 hit a well struck shot which was saved by Rowley. 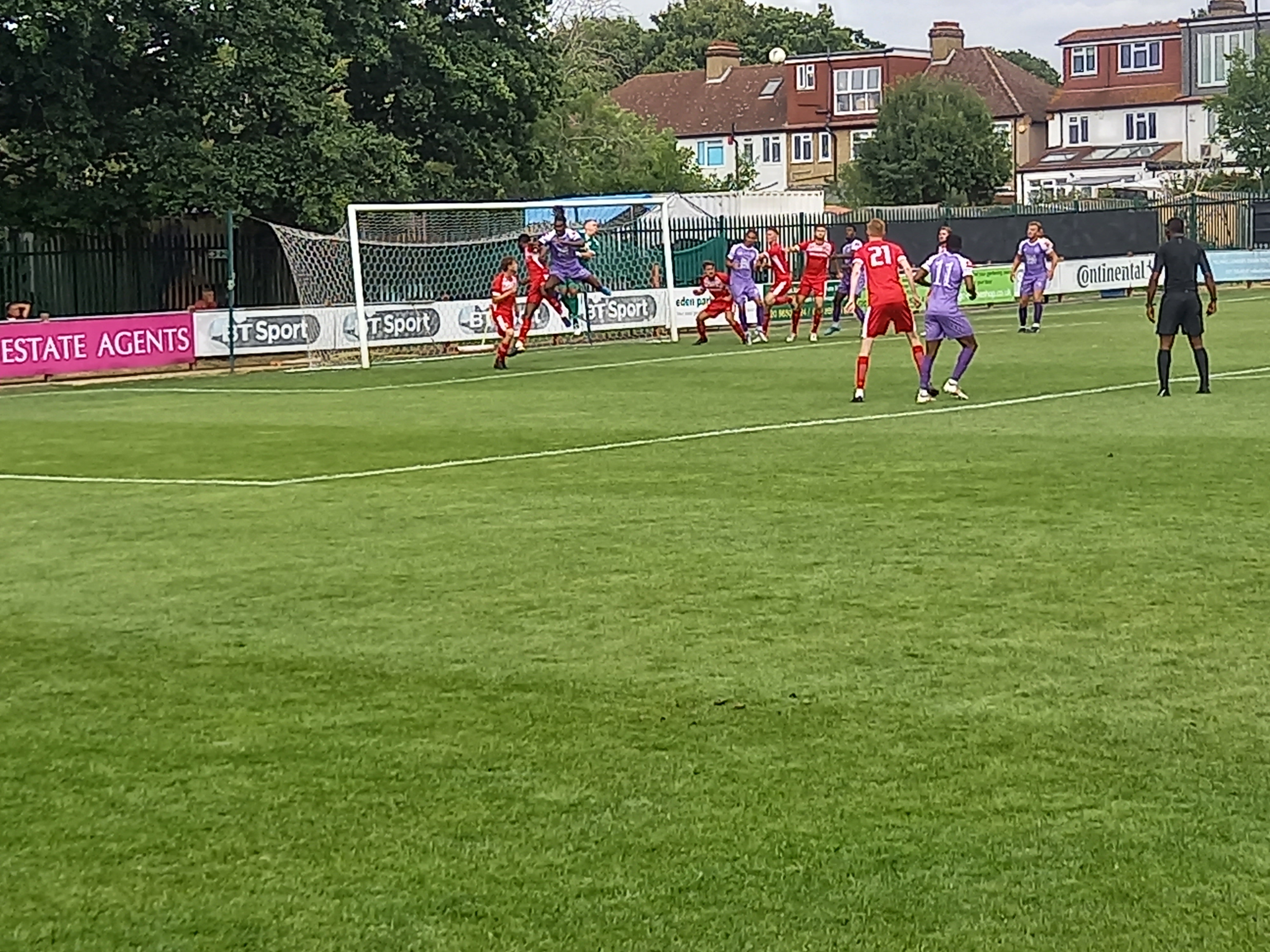 Cray though were still a threat going forward and a trialist wearing no 3 down the right sent over a cross to the far post which found Anthony Cook but his near post shot was saved by Blue.

Cray were unlucky not to score when Cook down the right played the ball across to Clunis who saw his shot from 10 yards come back off the underside of the crossbar and back out into play.

Shortly after, Chapman saw a shot deflected over for a corner and then another cross from Cook found Clunis who curled a shot fractionally over the bar from 8 yards. 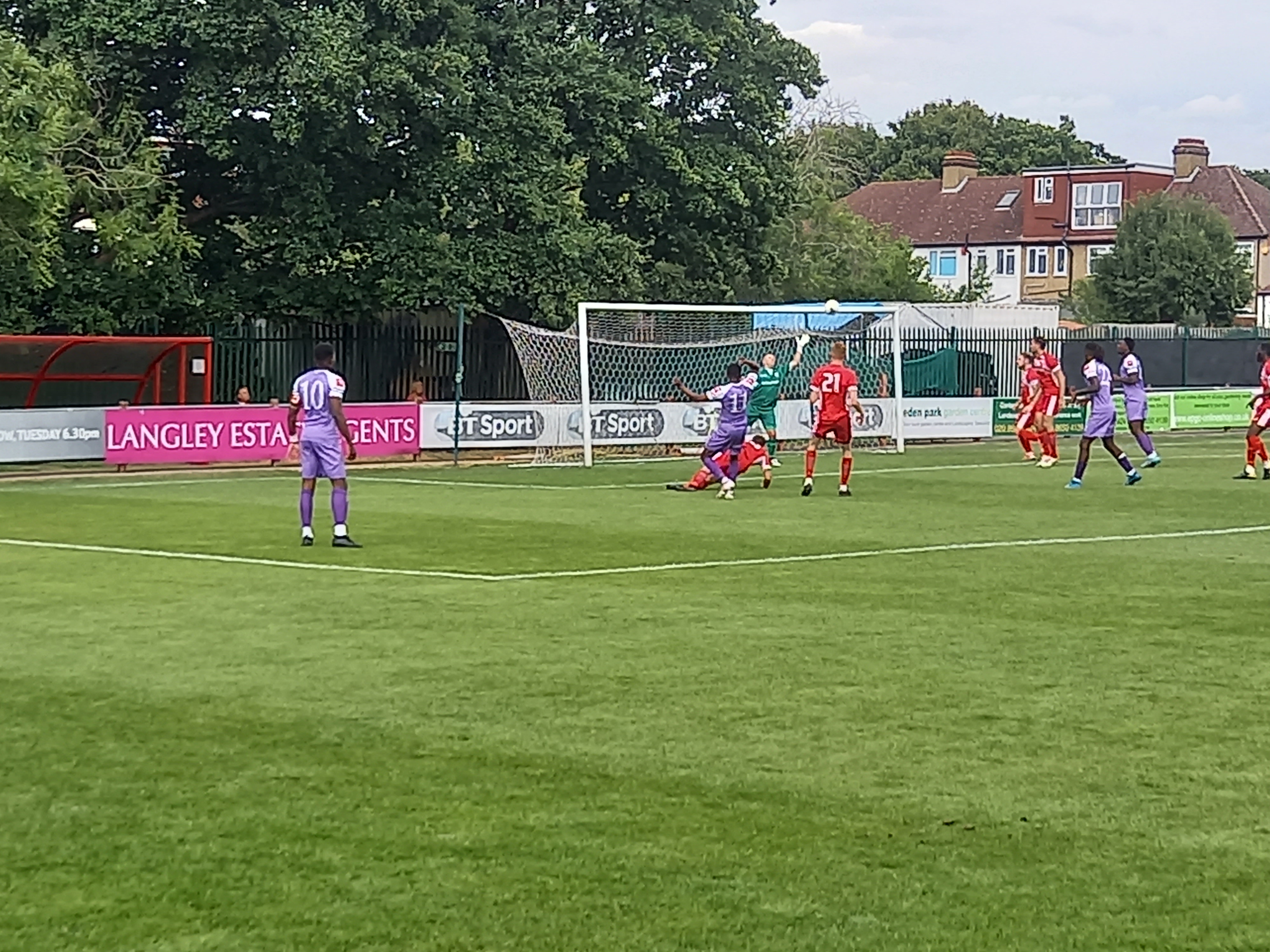 Despite late pressure the final say came to Beckenham in the 89th minute when a free kick out on the left from the no 10 was floated towards the far post but despite Rowley claiming the ball was adjudged by the linesman of taking the ball over the line.

In the end Beckenham were the winners and go into an FA Cup tie at Horsham YMCA next Saturday and look ready to go for the season.  Cray meanwhile despite the end result produced one of the best performances of pre-season but perhaps just need to press home their advantage when on top. 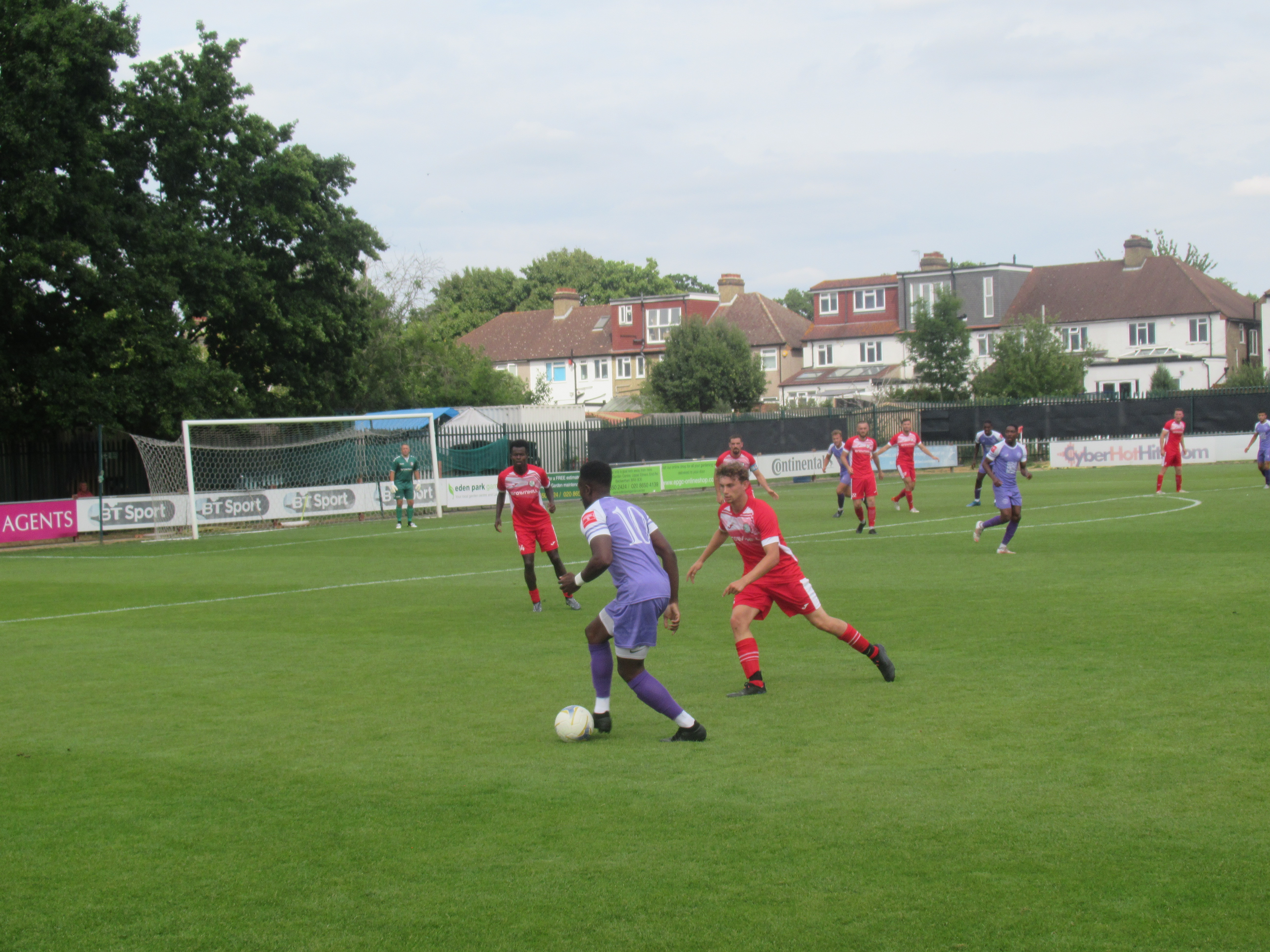 Cray’s final first team friendly will be at home to Bromley U23s on Saturday 6th August. 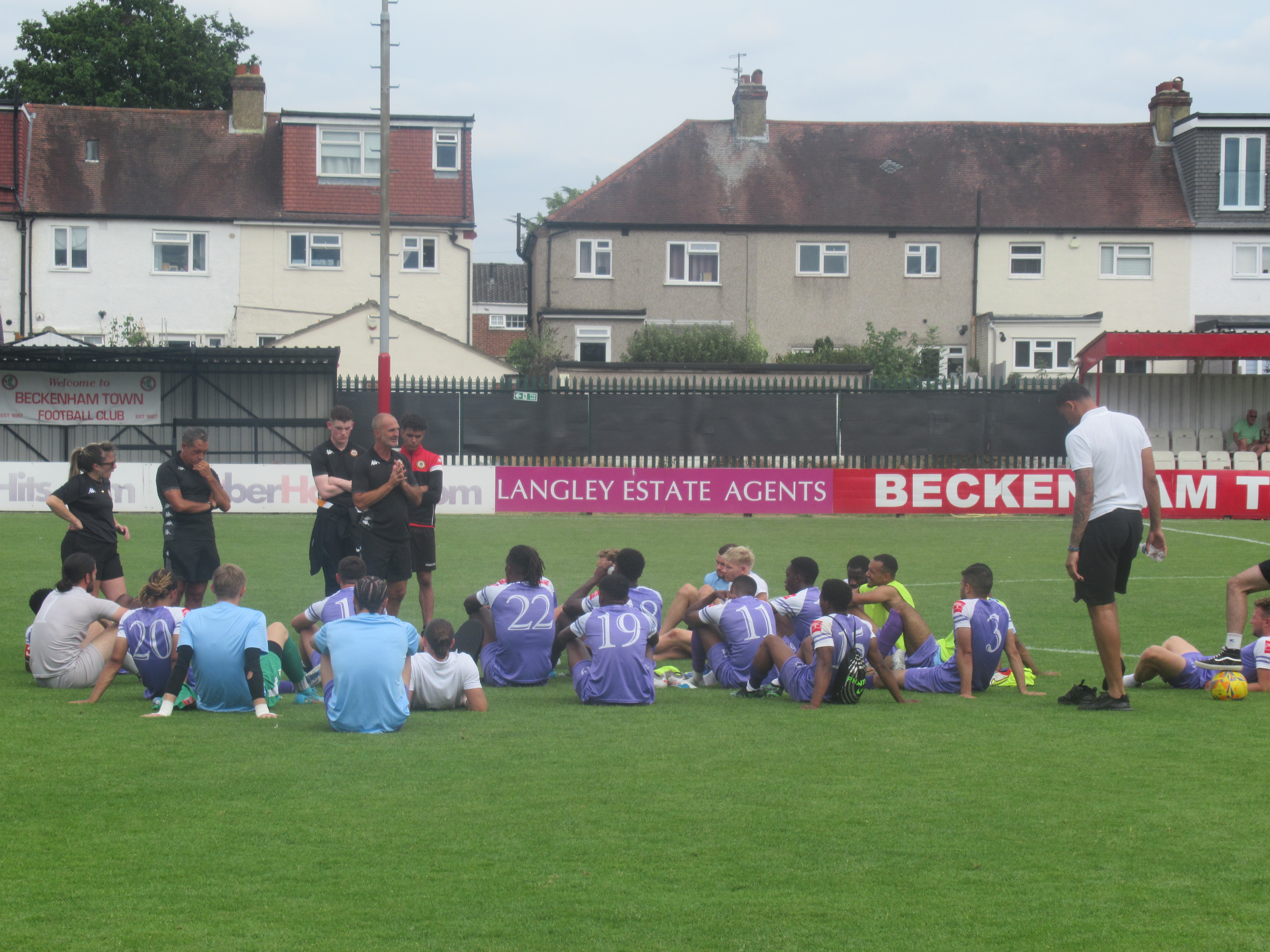