Cray Wanderers completed the pre-season campaign with a hard fought victory against a resolute and hard working Bromley U23s side on a sunny afternoon at Hayes Lane.  After coming close on a number of occasions in the second half the Wands finally broke through with ten minutes to go through Anthony Cook’s well struck free kick strike for his fourth goal of pre-season. 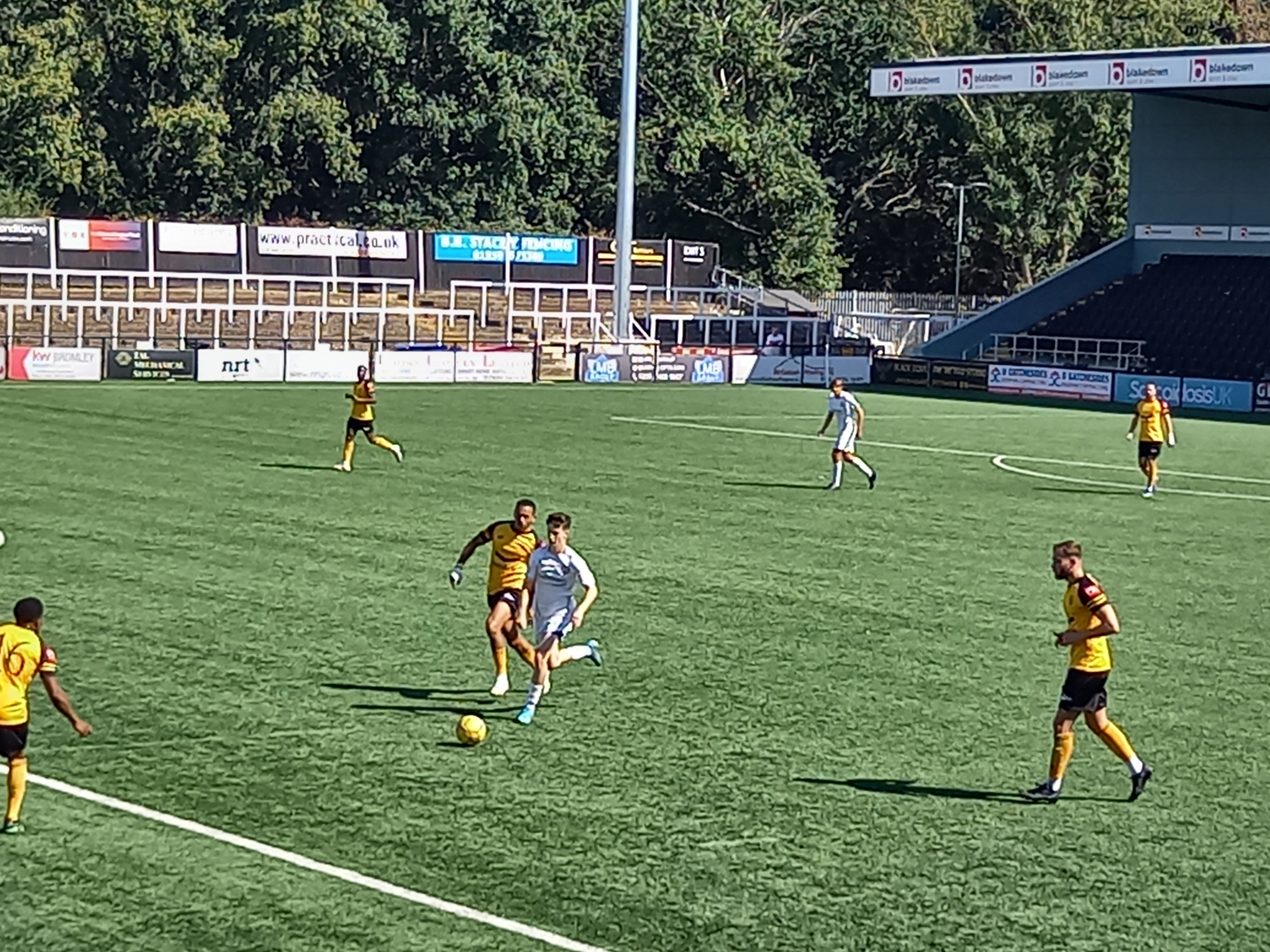 After a quiet opening spell to the game, it was Bromley who began the sharper and came close to scoring when Rhys Whyborn cut inside down the left and fired a shot wide of the right post.  Then Tunji Obemde found Whyborn down the left and his ball across found Finley Lovatt whose shot was blocked by Sinn’kaye Christie.

Then, Ben Krauhaus played a pass through to George Alexander down the right of the area but drove his shot just over the top. For Cray, Michael Ademiluyi saw a looping cross from the right just veer away from goal. 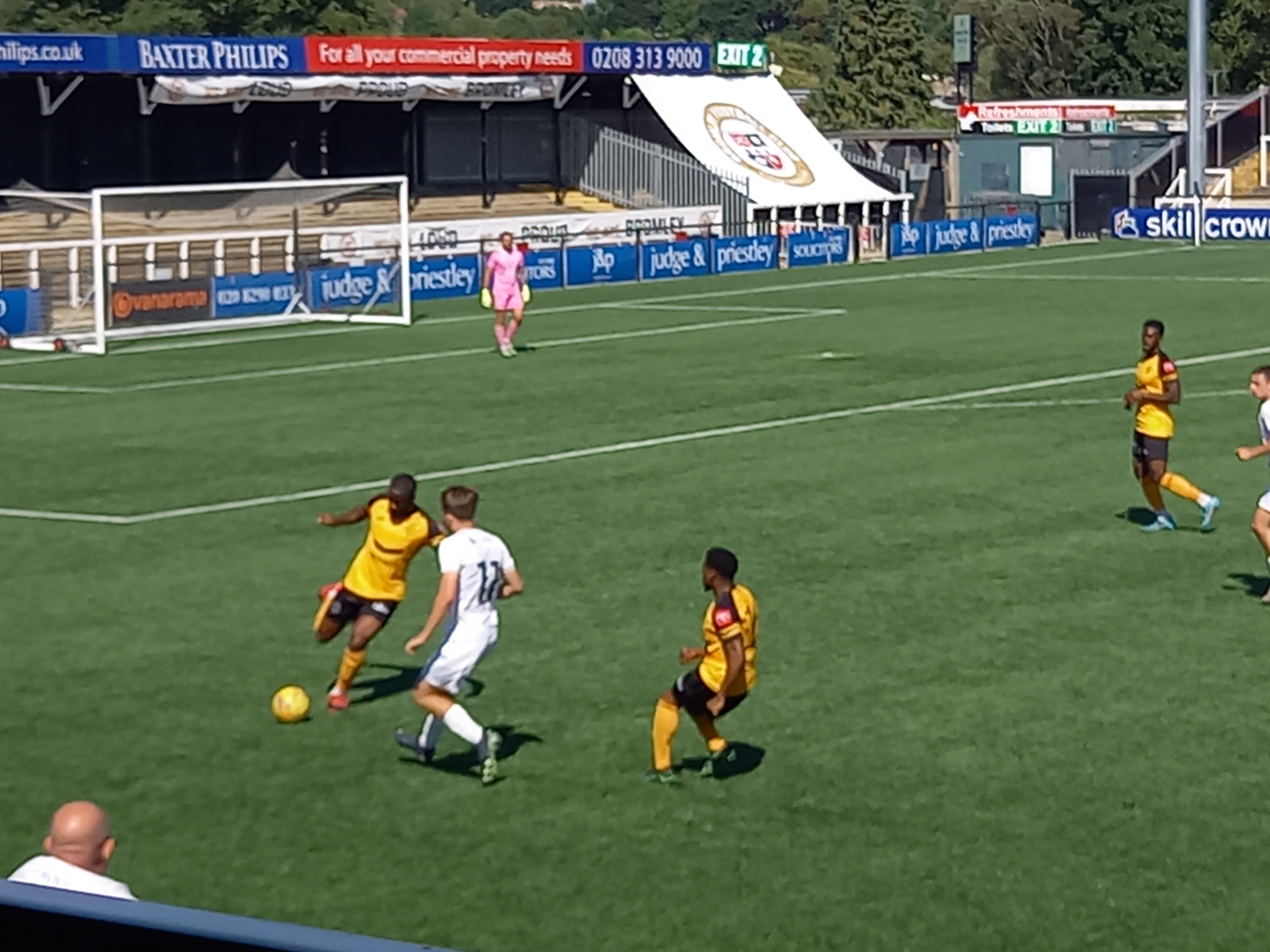 The best chance of the first half fell to Cray in the 18th minute when Ademiluyi sent over a terrific cross from the right into the area and Danny Bassett’s header was superbly kept out by keeper Jordan Olds with a one handed save.

Four minutes later, Bassett came close again when from a cross from the left he hit a crisp, low shot which came back off the left post and away from goal. 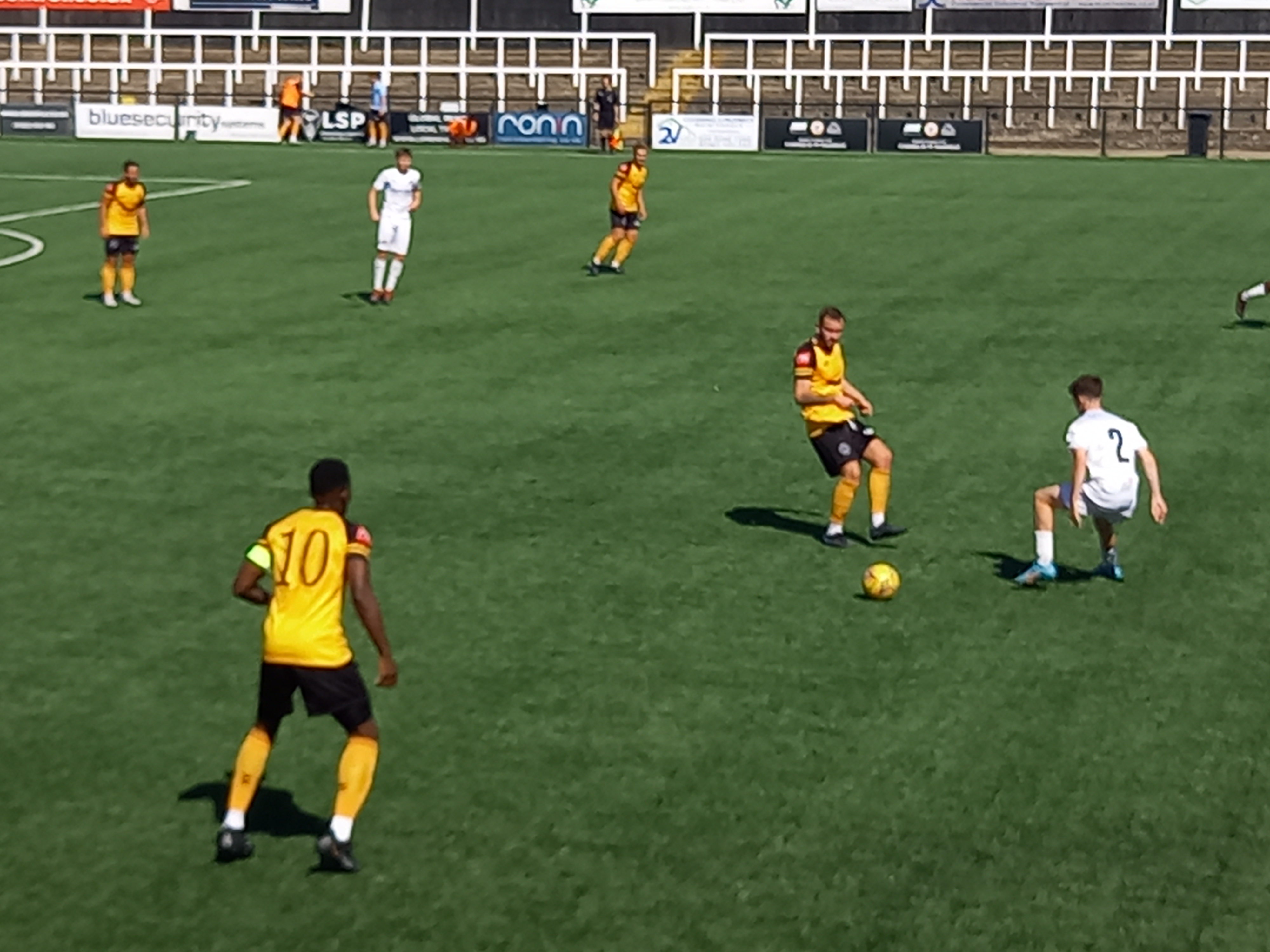 There were few chances for the remainder of the half with Bromley coming closest when Alexander, who had a lively half did well to win a race to the ball and from the edge of the area fired wide of the left post.

The last real shooting chance of the half fell to Cray and Jacob Munting fired over the top from 25 yards. 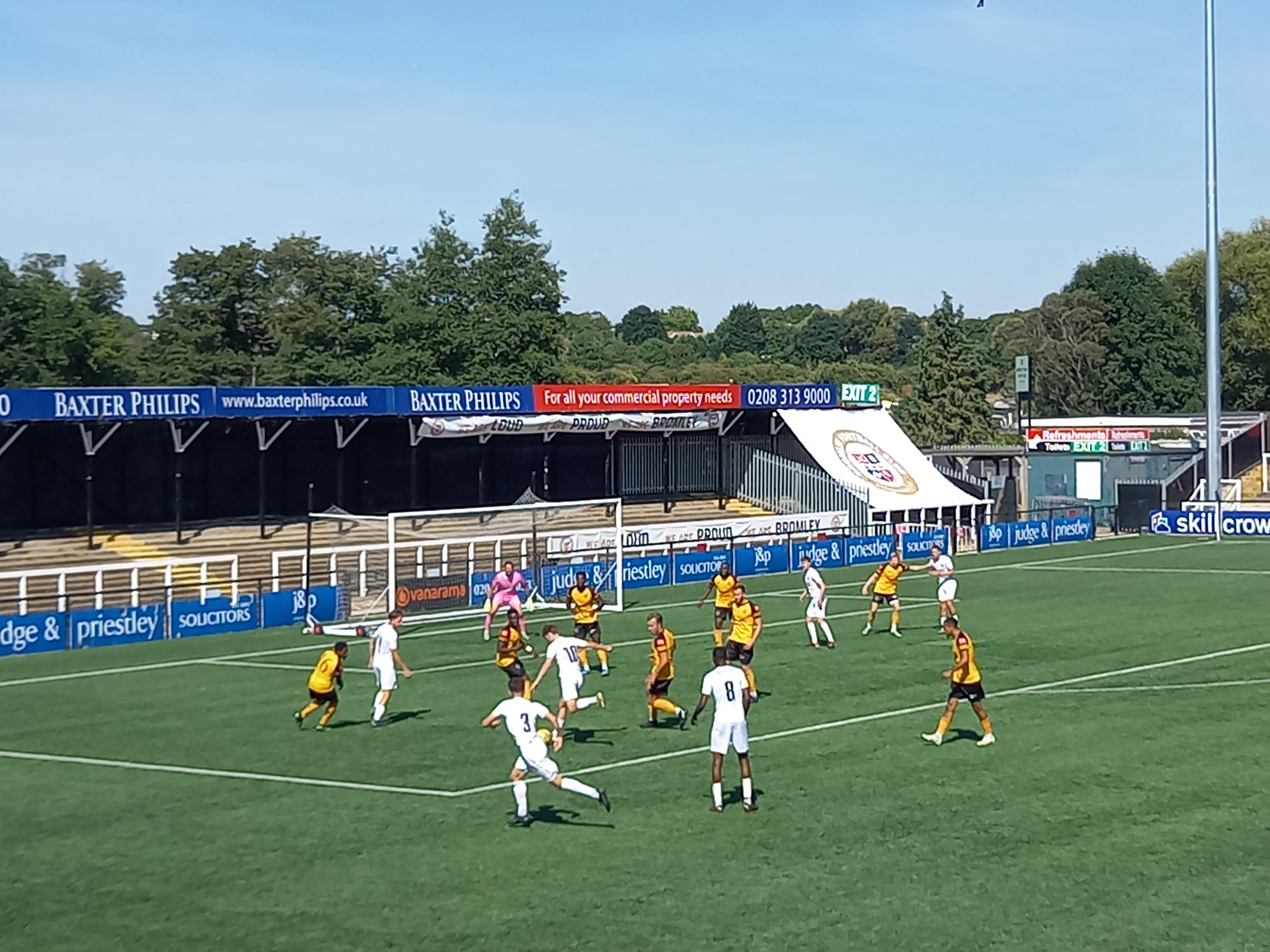 Cray began the second half with a lot more purpose and almost broke through in the 52nd minute when from a free kick 20 yards from goal, Anthony Cook’s shot was pushed round the left post by Olds. 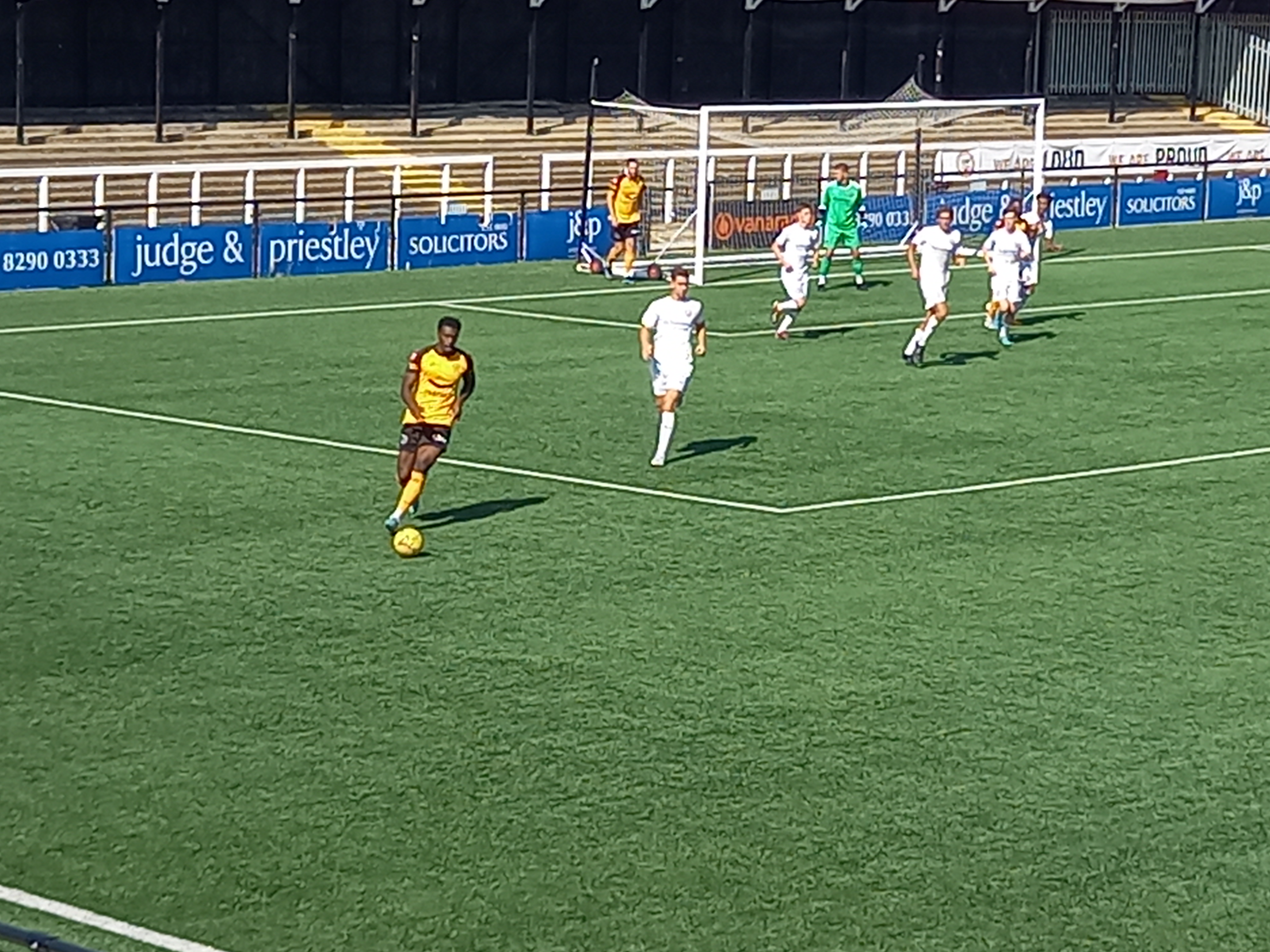 Chances began to fall for Cray during the last half hour.  Firstly, from a corner down the right, Cook’s cross into the box was headed over by Harold Joseph.  Then from 30 yards, Bassett seeing the keeper slightly off his line curled a shot wide of the left post.

After a good spell of passing the ball was worked down the right and Cook’s cross was glanced over by Tom Derry. 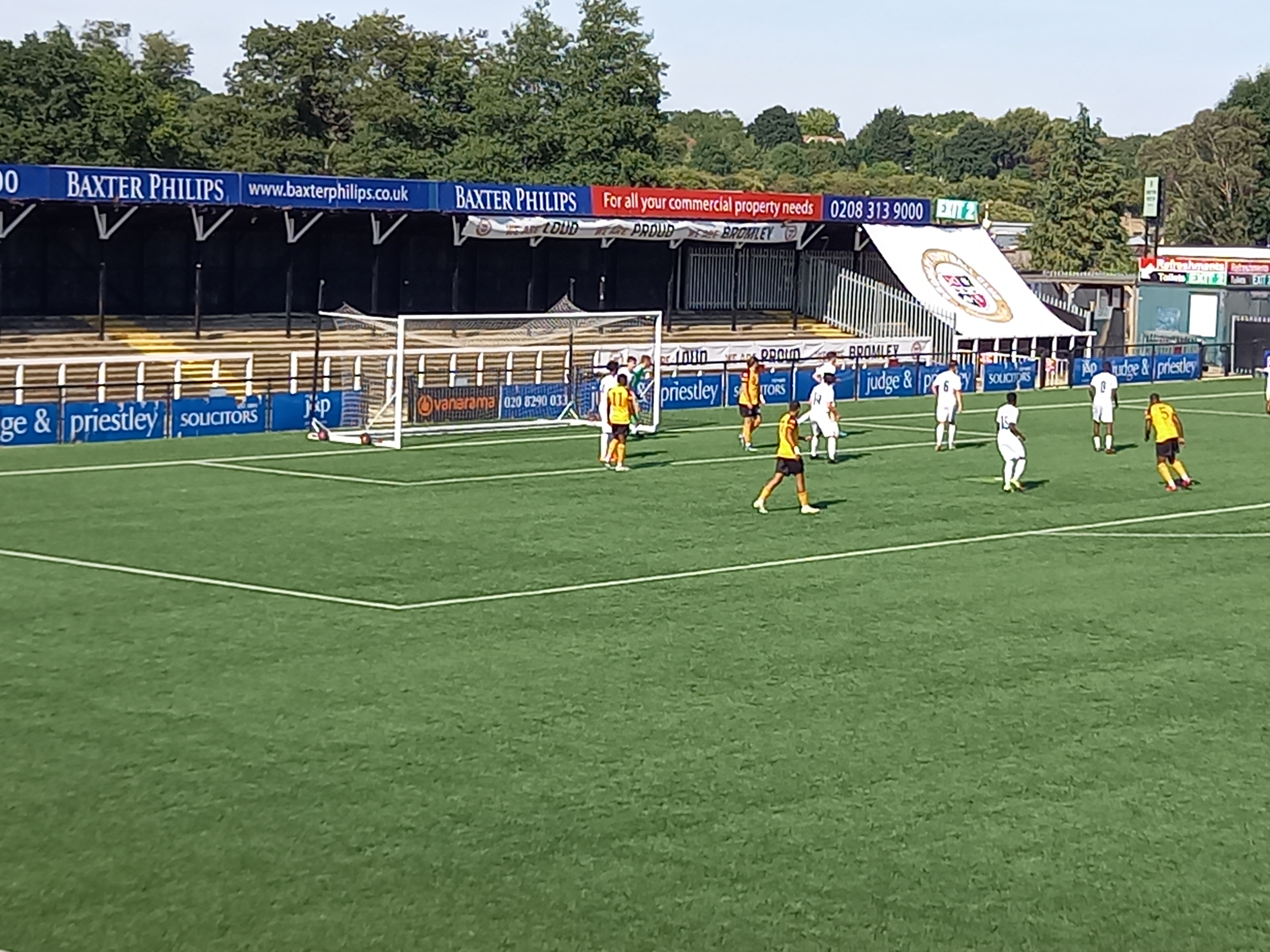 Cray were getting closer and Ademiluyi down the right cut the ball across to Derry whose shot was turned round the post by Olds.  From the corner from Cook the ball to the far post was spectacularly volleyed against the top of the crossbar by Bassett and the follow up from Christie was cleared off the line.

It was looking like the game may remain goalless but with ten minutes to go came the breakthrough when after the award of a free kick just outside of the D, Cook stepped and drilled a shot through the wall and into the net with an unstoppable finish. 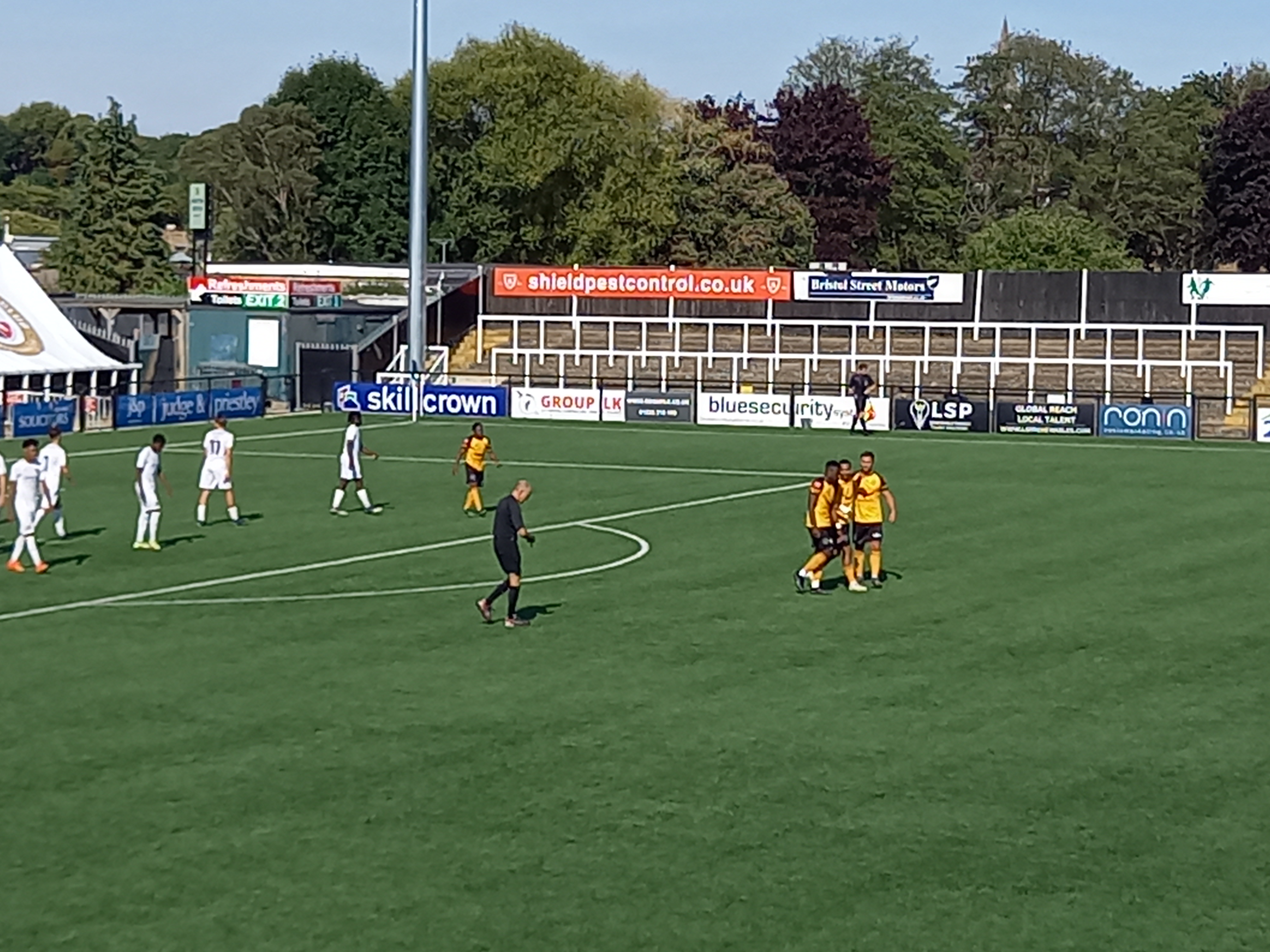 Bromley had worked hard but came close to levelling with three minutes to go but Kellen Fisher found space outside the area to fire in a shot which Shaun Rowley did well to tip round the left post with a terrific save.

In the end though Cray had done enough to win the game and keep a clean sheet and can now prepare for the start of the Isthmian Premier league season and the trip to Billericay Town on Saturday 13th August.