A note for Cray Wanderers supporters of some fixture updates for November and December.

The Isthmian Premier League match at Horsham, originally scheduled for Tuesday 15th November will now take place a week later on Tuesday 22nd November, 7.45 pm kick off.  The match has been rescheduled due to Horsham’s Sussex County Cup tie vs Steyning Town needs to be played by 16th November.  More details about this fixture to follow. 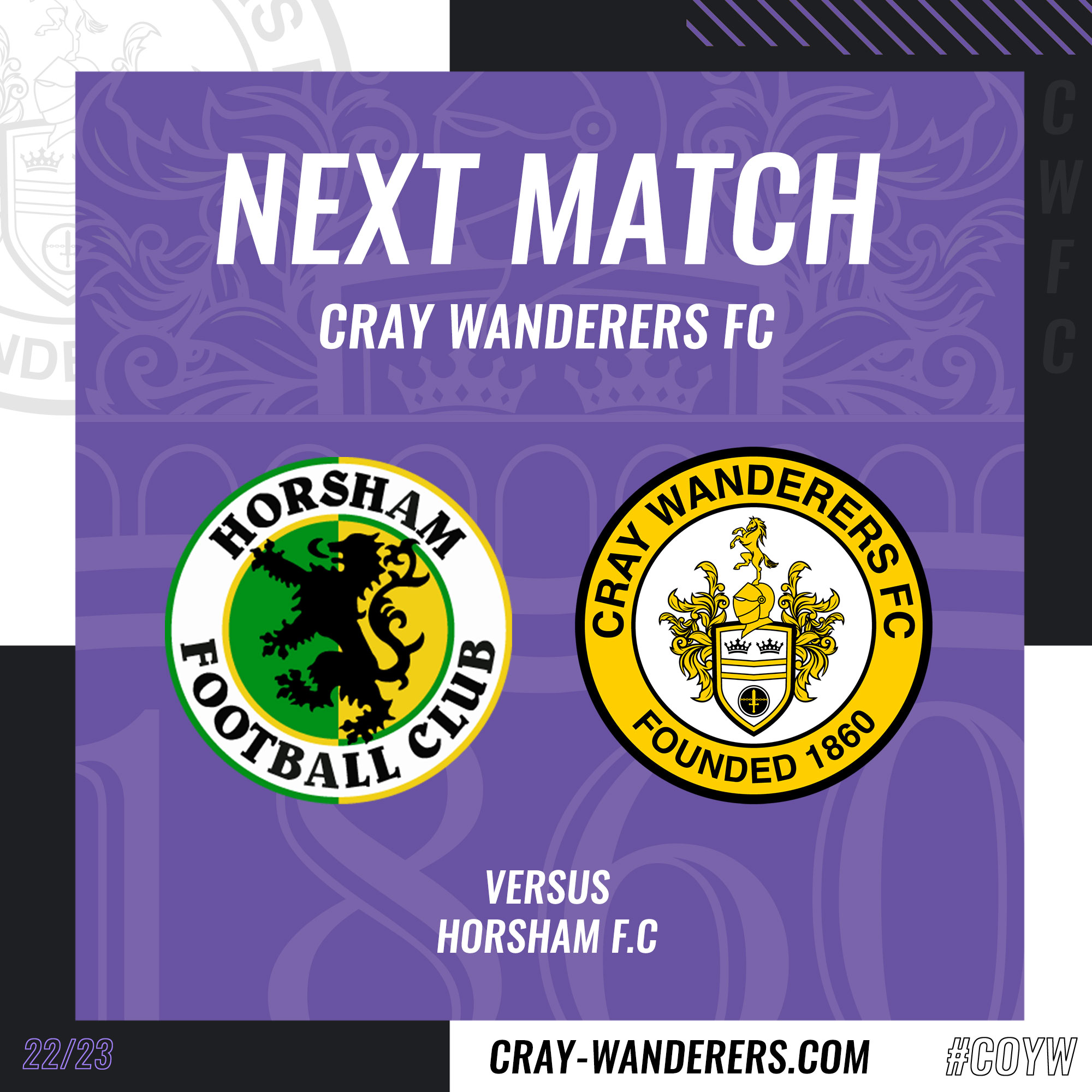 The Isthmian Premier League match at Bognor Regis Town has been moved to Wednesday 7th December, 7.45 pm ko from 13th December to avoid a clash with the World Cup Semi-Final.  Again more details to follow about this fixture. 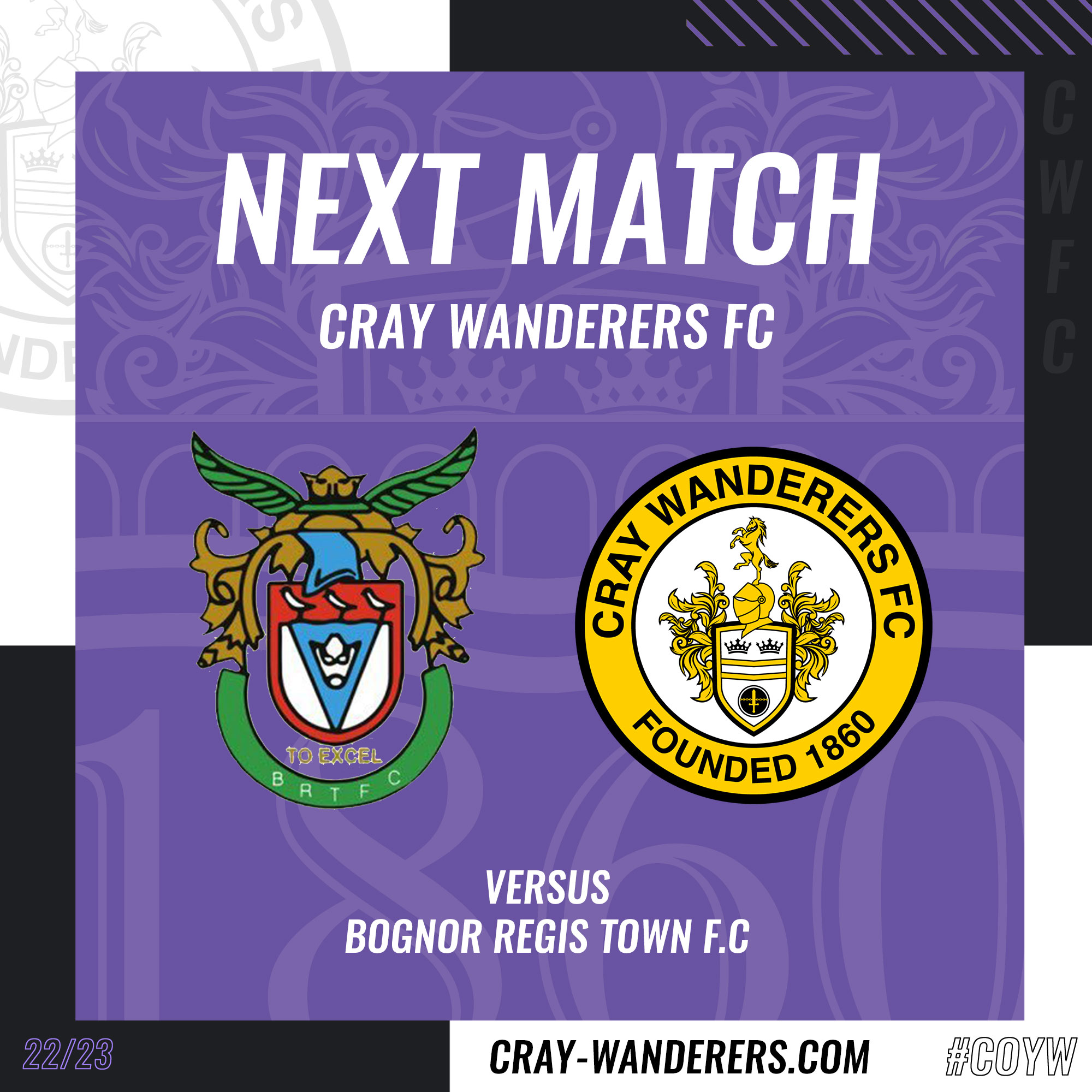 Also, the Wands Boxing Day fixture at Margate will kick off at 1 pm on 26th December and not at 3 pm. 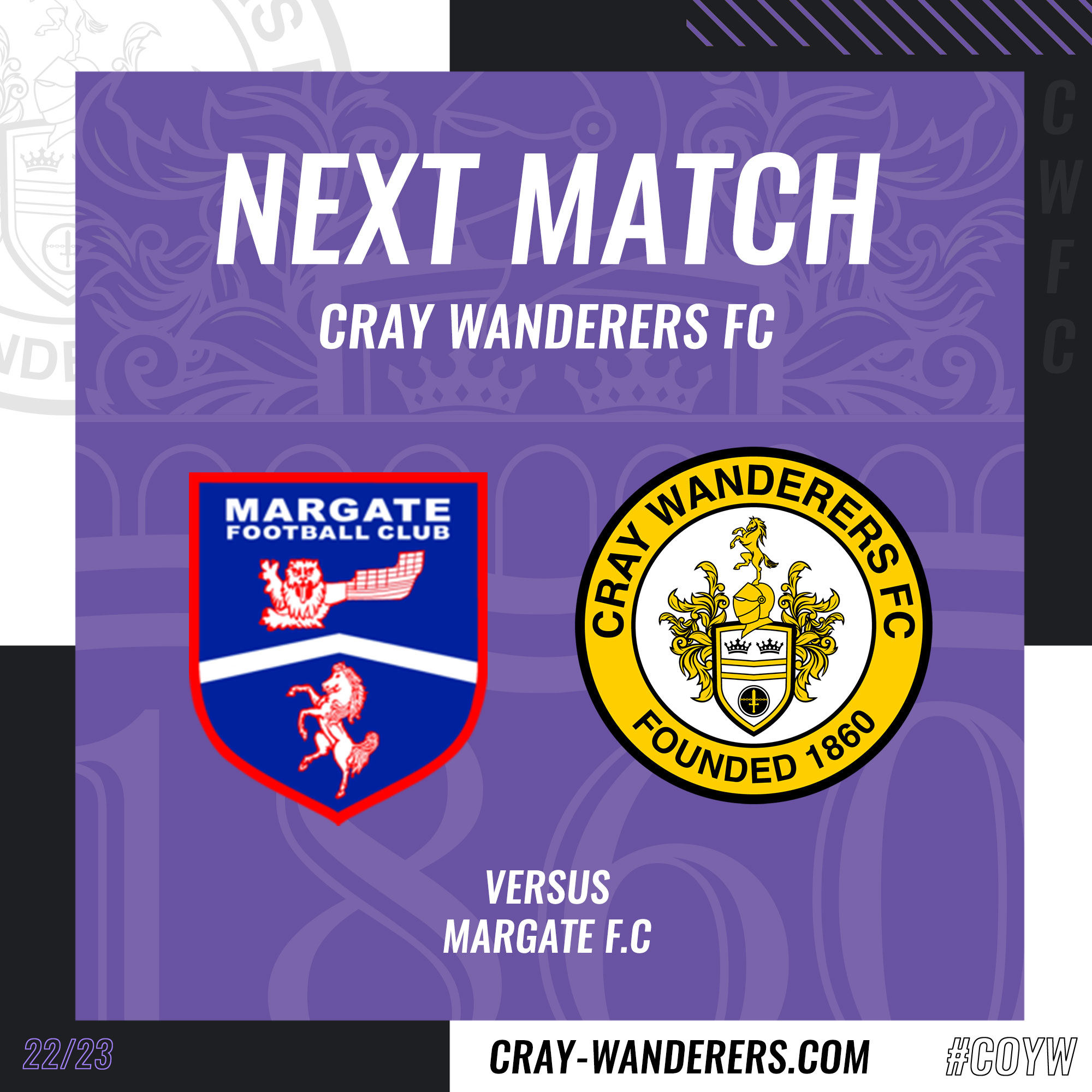