A note for supporters of a couple of changes to Cray Wanderers pre-season fixtures.
The first pre-season game at Erith Town on Saturday 2nd July will now take place at King Henry School, Erith DA8 3BN and the game will kick off at 1pm.
Please note the three home friendlies vs Welling United, Tonbridge Angels and Maidstone United will all take place at Hayes Lane.
The four team tournament in Jersey has now been re-branded as the Jersey Bull Summer Trophy and the Wands will face FC United of Manchester on Saturday 16th July, 1pm and will meet the winners/losers of the Jersey Bull v Hashtag United game the following day. KO time to TBC.  Online tickets for the tournament are expected to go online soon and anyone with tickets from last season’s abandoned event will be valid this year.
Finally, the game at Beckenham Town on Saturday 30th July will now kick off at 2pm.  We finish off with trips to Sevenoaks Town, Chatham Town and Corinthian and the new Isthmian Premier season begins on Saturday 13th August. 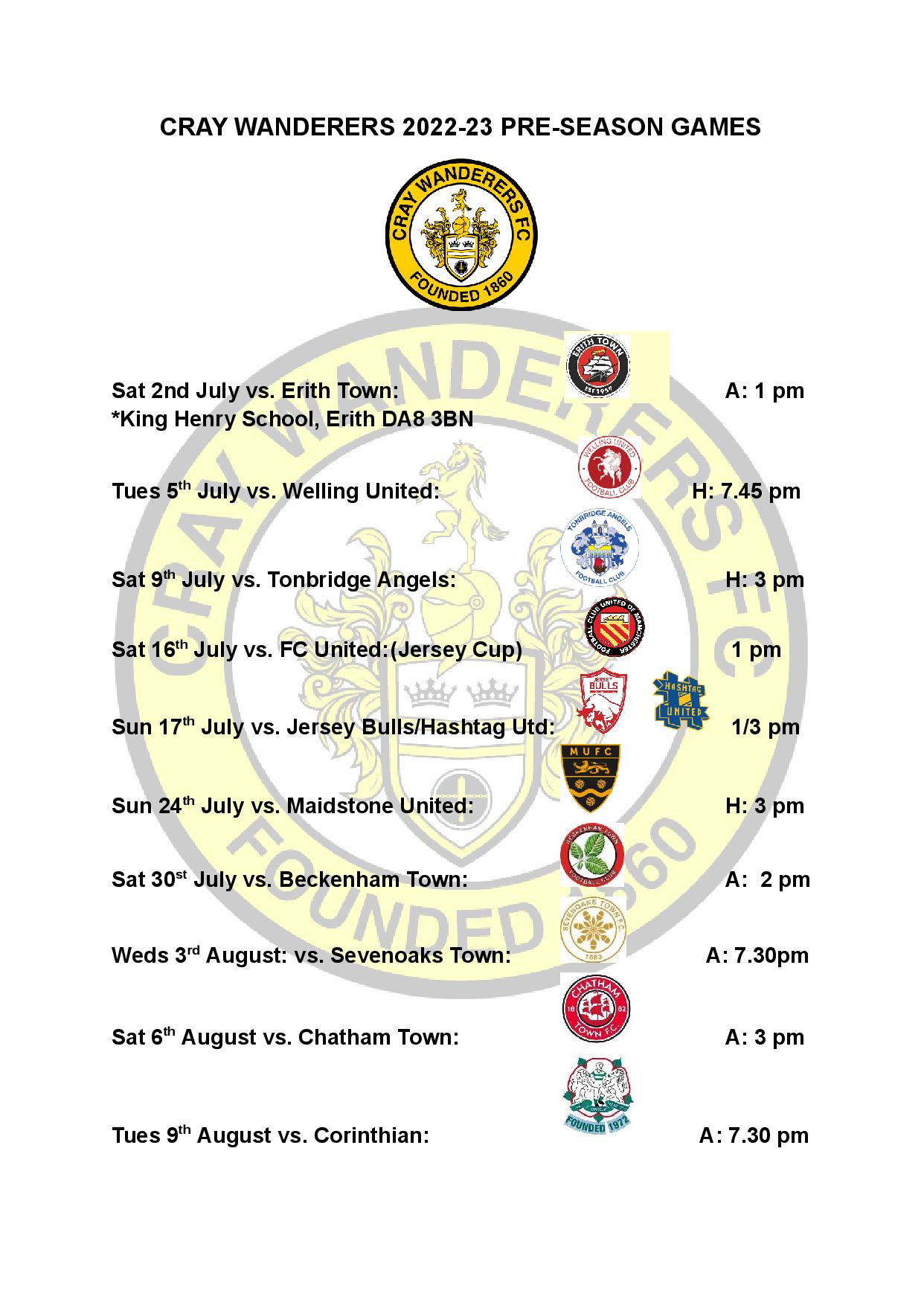