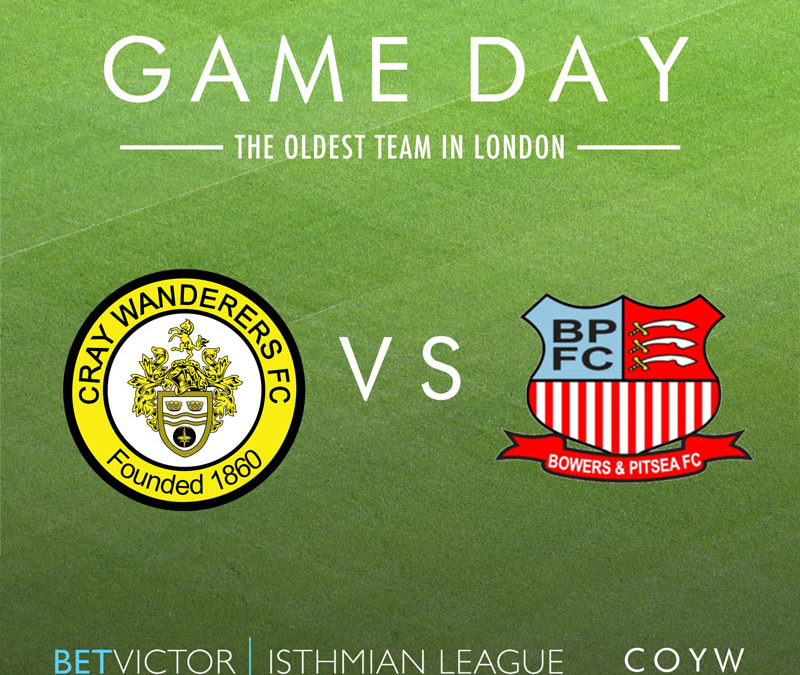 Cray Wanderers get a busy and exciting October underway on Wednesday evening with a first ever meeting with Bowers & Pitsea FC. Kick off at Hayes Lane is 7.45 pm.

The match pits the 2018-19 Isthmian South-East Champions vs the North Champions and both sides have made respectable starts to their respective seasons.

Cray Wanderers are unbeaten in nine league and cup matches and played extremely well to pick up a point against a well drilled East Thurrock United side after falling a goal behind early in the second half. Tom Murphy’s fine finish, his sixth goal of the season was the least that Cray deserved for a performance that even had East Thurrock manager John Coventry complementing the Wands display and abilities.

There were superb performances throughout the side, with the defence excellent including Geofrey Okonkwo who came on after an hour for only his second league appearance and Cray would have won the game but for a fine goalkeeping performance from Jack Giddens in the East Thurrock goal.

Cray sit 11th in the league table after 8 games played with 11 points and are playing consistently well and perhaps unfortunate not to have more points on the table.

The match also sees two of last season’s Isthmian Manager of the Year winners with South-East winner Tony Russell up against Bowers & Pitsea’s Rob Small who won the North Award.

Bowers & Pitsea in their first season at this level have begun well and are 18th with 8 points from 7 games played. On Saturday they were beaten 0-1 at Leatherhead but before that they picked up wins at Brightlingsea Regent (4-2) and Lewes (2-0). They also drew 0-0 at Kingstonian. Their only defeats came at East Thurrock (1-3) and at Leatherhead (0-1). They have only played the two home games drawing with Wingate & Finchley (1-1) and lost 0-1 to Enfield.

Like Cray they are still in the FA Cup and on Saturday travel to Canvey Island in the 3rd Qualifying Round. They advanced past Barkingside (4-2), Brentwood Town (2-1) and at Lewes (2-1) in the last round. Leading scorers so far are David Knight and Lewis Manor with 4 each in league and cup.

As a club Bowers & Pitsea are relatively young only formed in 2003. Originally formed in 1946 as Bowers United, the Essex club played in regional leagues before joining the Essex Olympian League in 1966 and later the Essex Senior in 1974 winning the league in 1980-81 (the same year Cray Wanderers won the Kent League) and the league and Challenge cup double in 1998-99.

This has the makings of a great match and admission costs for at this stage our last home midweek league match of the season, are £10.00 adults and £5.00 concs/u16s. Don’t forget the Football For A Fiver offer which allows valid season ticket holders of any football club entry for £5.00 also applies for midweek matches. 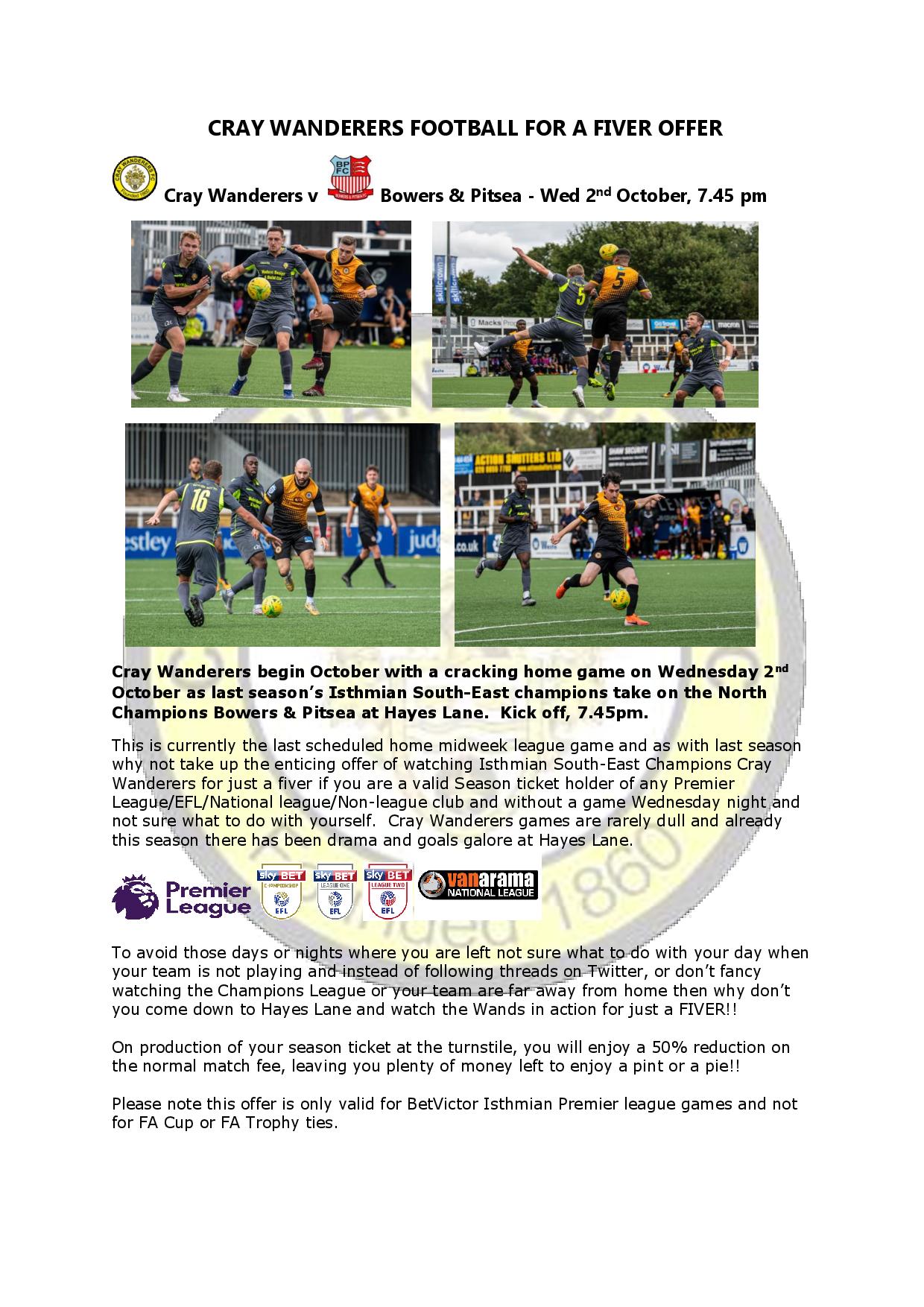 There is something special about Cray Wanderers home matches under the lights and already this season there have been some crackers against Folkestone Invicta and Margate. This could be another one in the making and one not to be missed.