Cray Wanderers play the first of back to back home matches to finish March on Sunday (20th March) with a crucial match against Bowers & Pitsea at Hayes Lane. Ko 3pm. 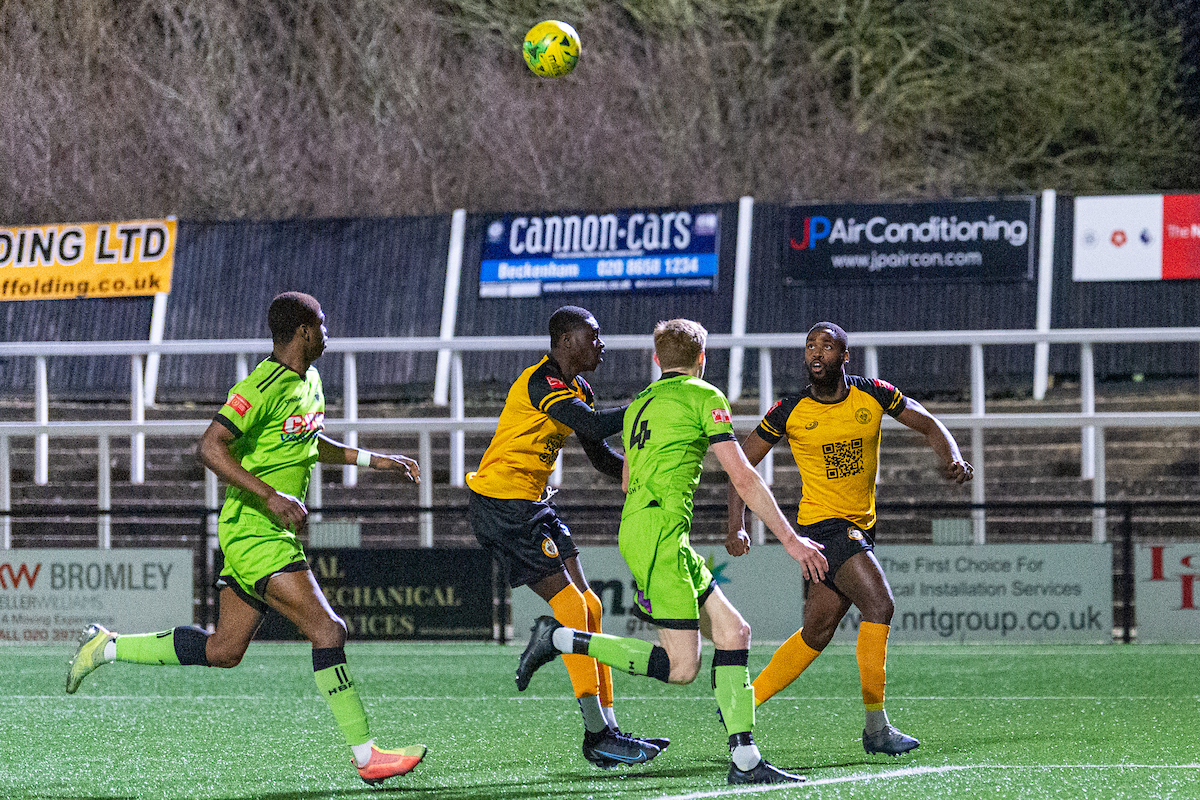 BROMLEY, GREATER LONDON, ENGLAND – MARCH 09: Cray Wanderers’s Denzel Williams watches the ball as he attacks from the back during The Pitching In Isthmian Premier League match between Cray Wanderers and Haringey Borough at Hayes Lane on March 09, 2022 in Bromley, Greater London, England . (Photo: © Jon Hilliger / HilligerPix)

Cray go into the game in 20th place on 32 points following  Brightlingsea Regent’s draw vs Carshalton Athletic on Saturday. Cray are a point behind Regent but if Cray win or draw will go above Regent and Merstham and up to 18th.  Bowers & Pitsea who are unbeaten in their last five away games are 17th with 36 points after WIngate & Finchley beat Horsham on Saturday.. 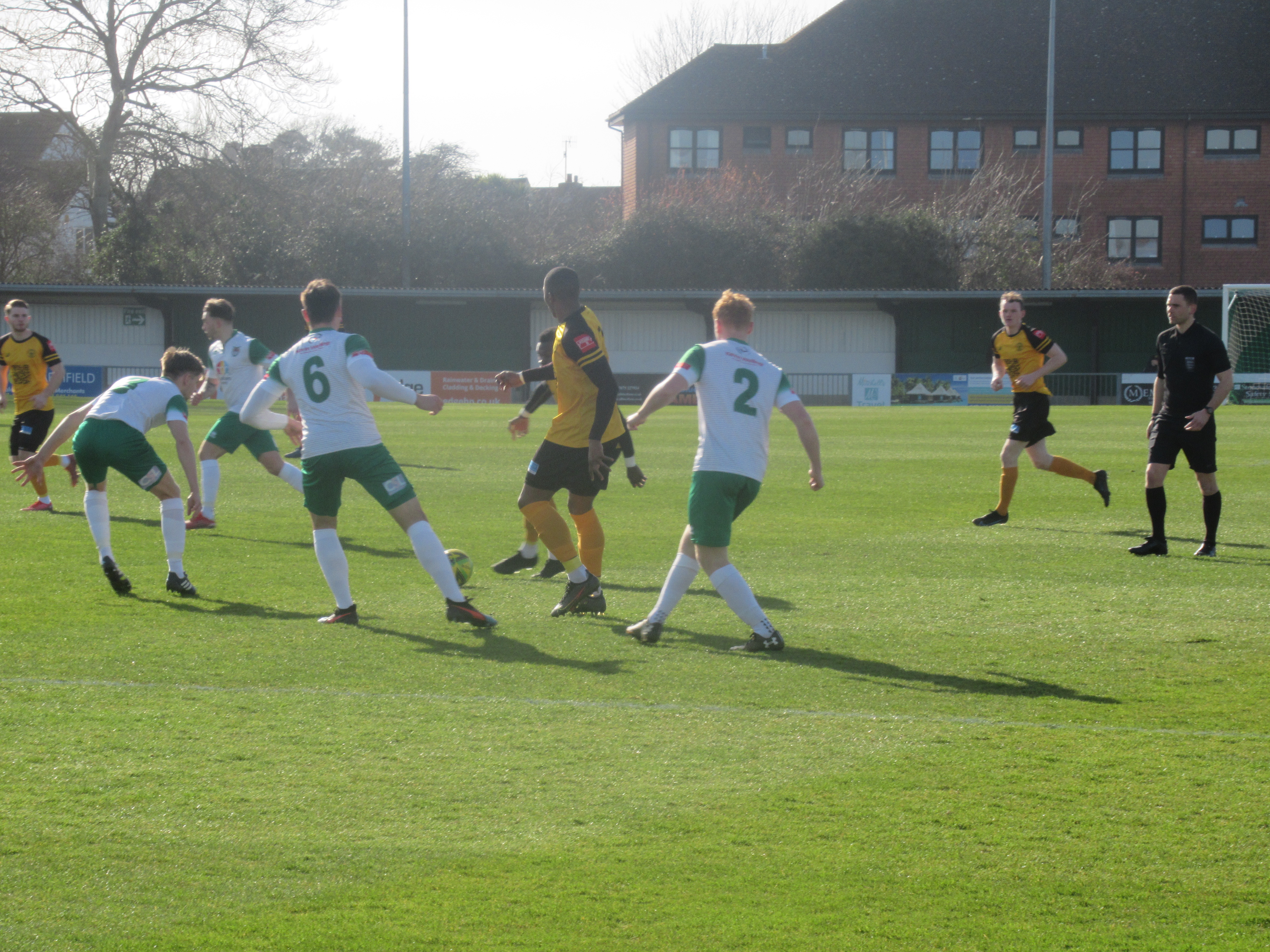 Grant Basey’s side picked up a big win on the road at Bognor Regis Town last Saturday where an early Sam Wood header and two clinical Chris Dickson strikes won the game 3-2 after a Bognor fightback early in the second half. The win was even more crucial as the three teams below Cray, Brightlingsea, East Thurrock United and Leatherhead all won. The teams that finish third bottom in the Step 3 leagues vie to avoid relegation via a better points per game average. 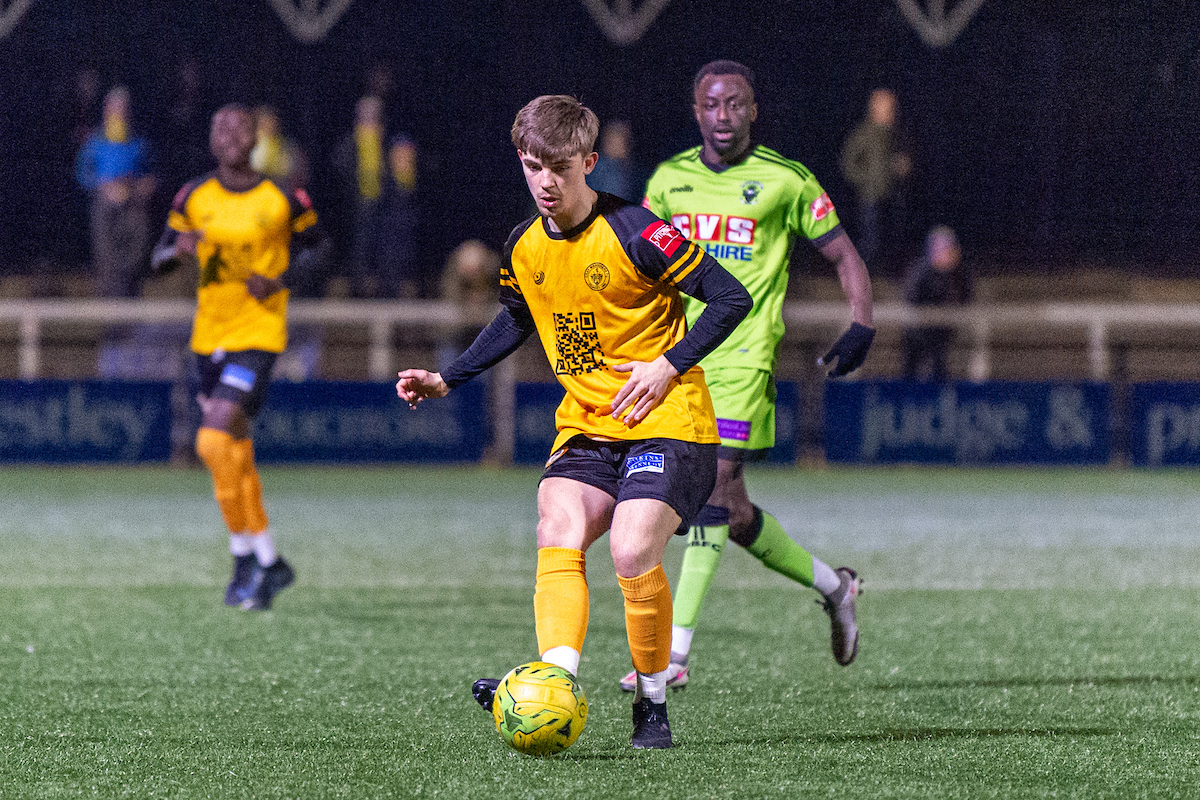 With four of the seven remaining league games at home, Cray will be looking to pick up valuable points on Sunday to continue Saturday’s momentum.  There were some very good performances at Bognor with not just the veterans like Wood, Dickson and Anthony Cook having great games, also Joe Wright has been superb in goal and the likes of Freddy Barton, Kasim Aidoo, Luca Albon, Nazir Bakrin and Narcis-Florin Filip all had great games and helped see Cray over the line. 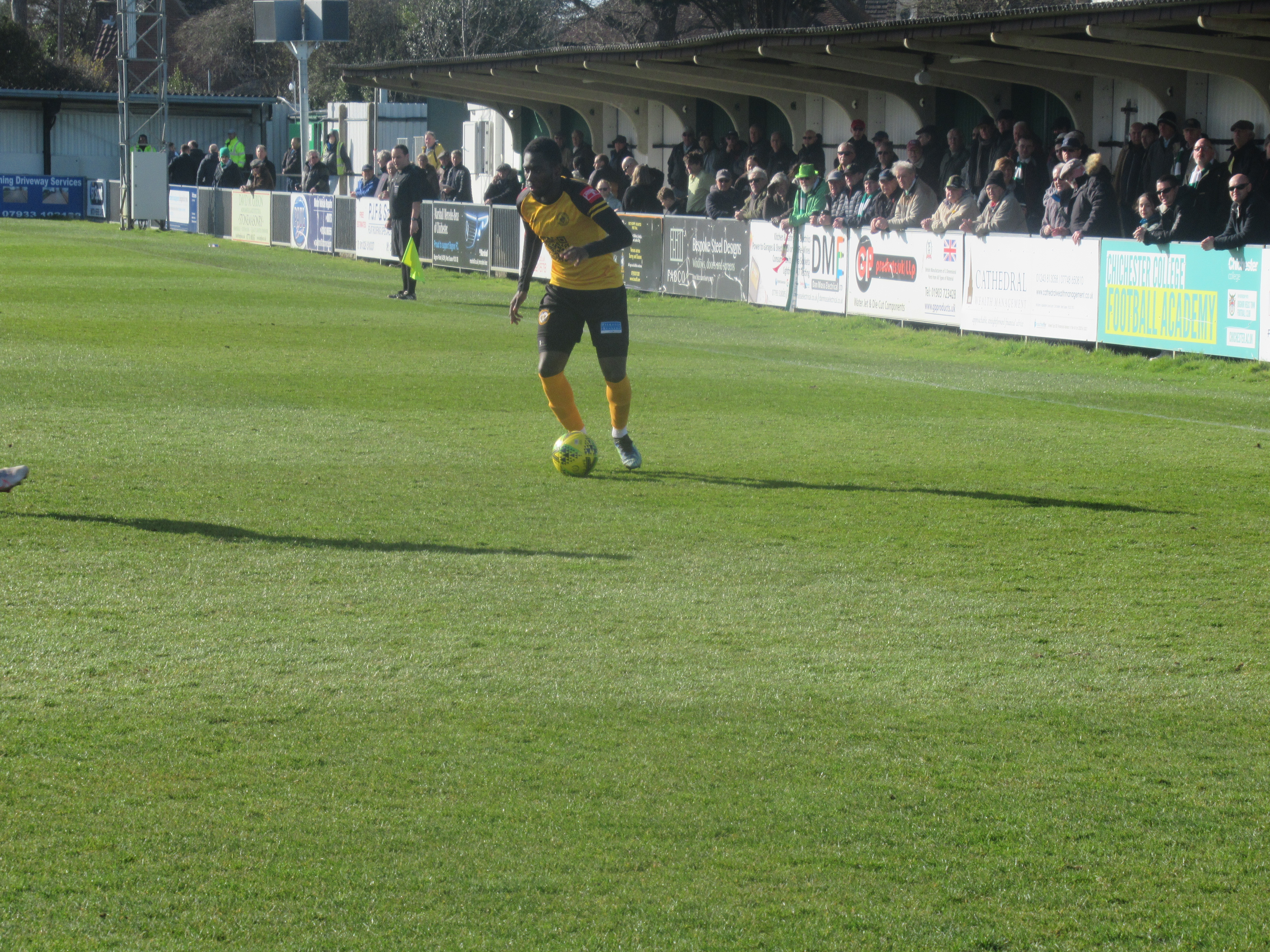 This has already been a history making start to the season for Bowers & Pitsea as Rob Small’s side made national headlines by reaching the 1st Round of the FA Cup and victories against Arlesey Town,  Bishop Stortford, Hornchurch and Aldershot Town saw them visit League One Lincoln City in the 1st Round and were narrowly beaten.  Bowers & Pitsea are also through to the Essex Senior Cup Final after wins against Great Wakering Rovers, Chelmsford City, Braintree Town and Coggleshall Town and meet Billericay Town in the Final on April 12th.

The two teams met at the Len Salmon Stadium on 30th November and finished in a 1-1 draw as an Anthony Cook blockbuster in stoppage time cancelled out Lewis Manor late first half opener. In their last outing on Saturday, Bowers were beaten 2-3 at home to Folkestone Invicta with goals from  Manor and Michael Ademiluyi.   The only previous meeting at Hayes Lane was on 2nd October 2019 when Cray won 3-1 with goals from Andre Coker, Joe Taylor and Tom Carlse. 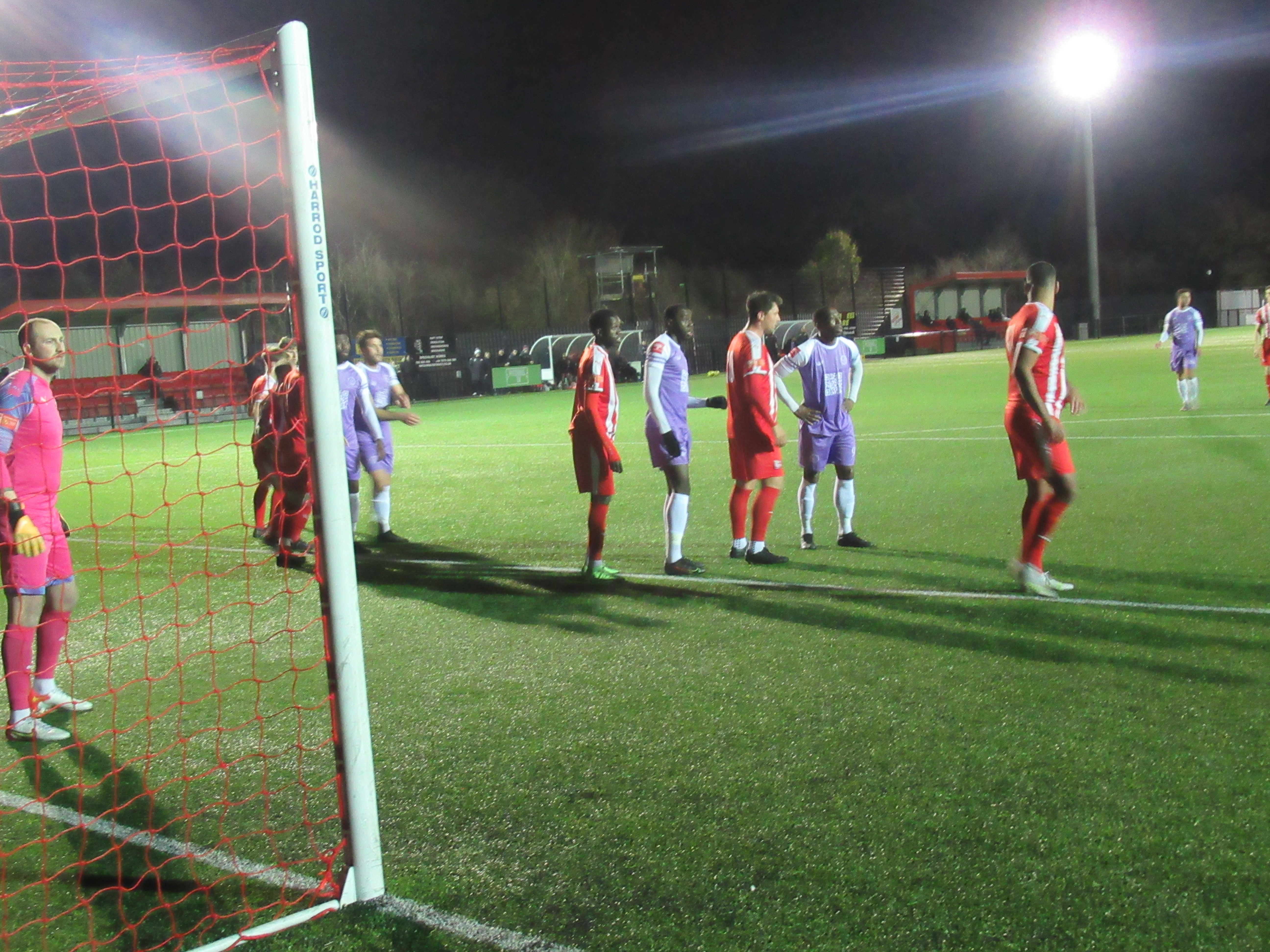 With so much riding on the game for both clubs this could be a tense if exciting afternoon but also a good football match.  Admission £10 adults £5 concessions/U16s on gate (cash only) or online at www.cray-wanderers.com/tickets