Cray Wanderers make a swift return to Hayes Lane on Saturday 15th January with the second of four consecutive home games as Corinthian Casuals are the visitors. Kick off is 3pm.

The Wands will be looking to rebound from Wednesday night’s home defeat to Bognor Regis Town and also to respond to one of the more disappointing performances of the season at Corinthian Casuals on 14th September which ended in a 0-4 defeat. 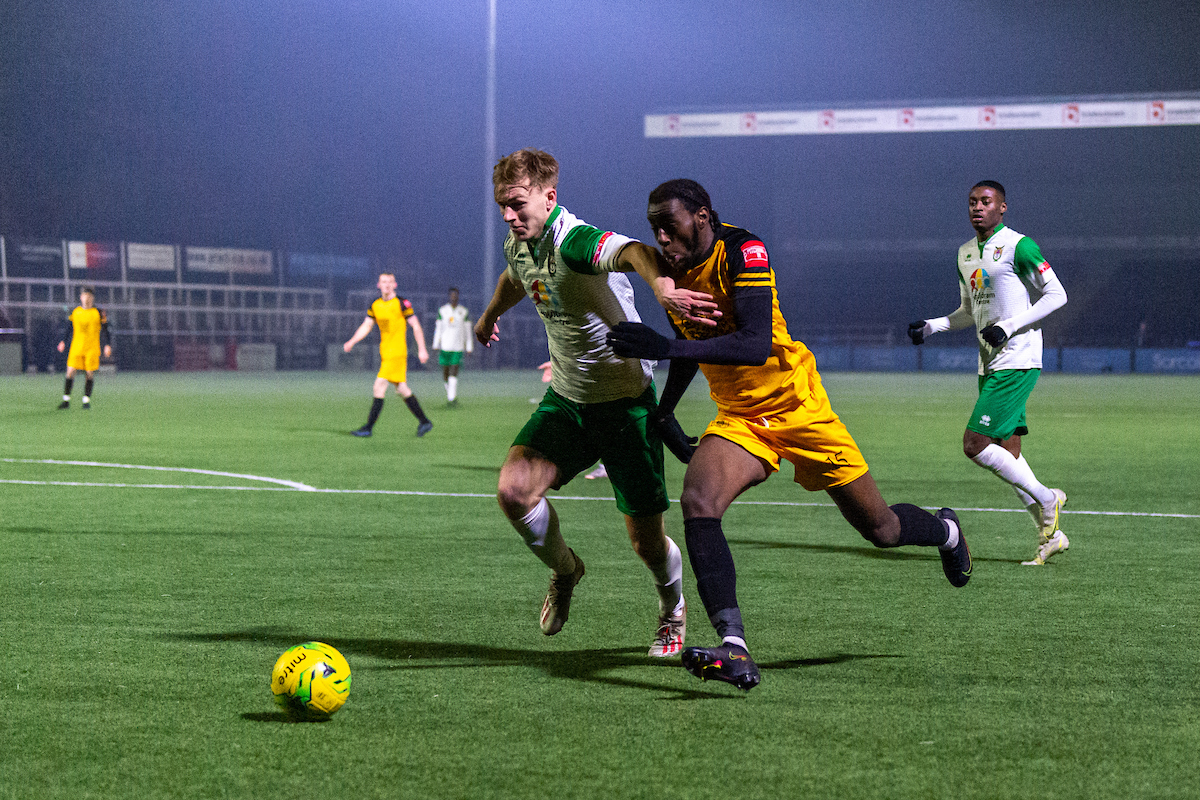 Despite the defeat on Wednesday there was much to commend the performance which was very disciplined and forward thinking. Cray often got into good positions and came up against a goalkeeper in good form who made fine saves to deny Jamie Yila, Chris Dickson and Luca Albon and a few shots and crosses were either blocked, deflected wide or no-one could quite get on the end of them. 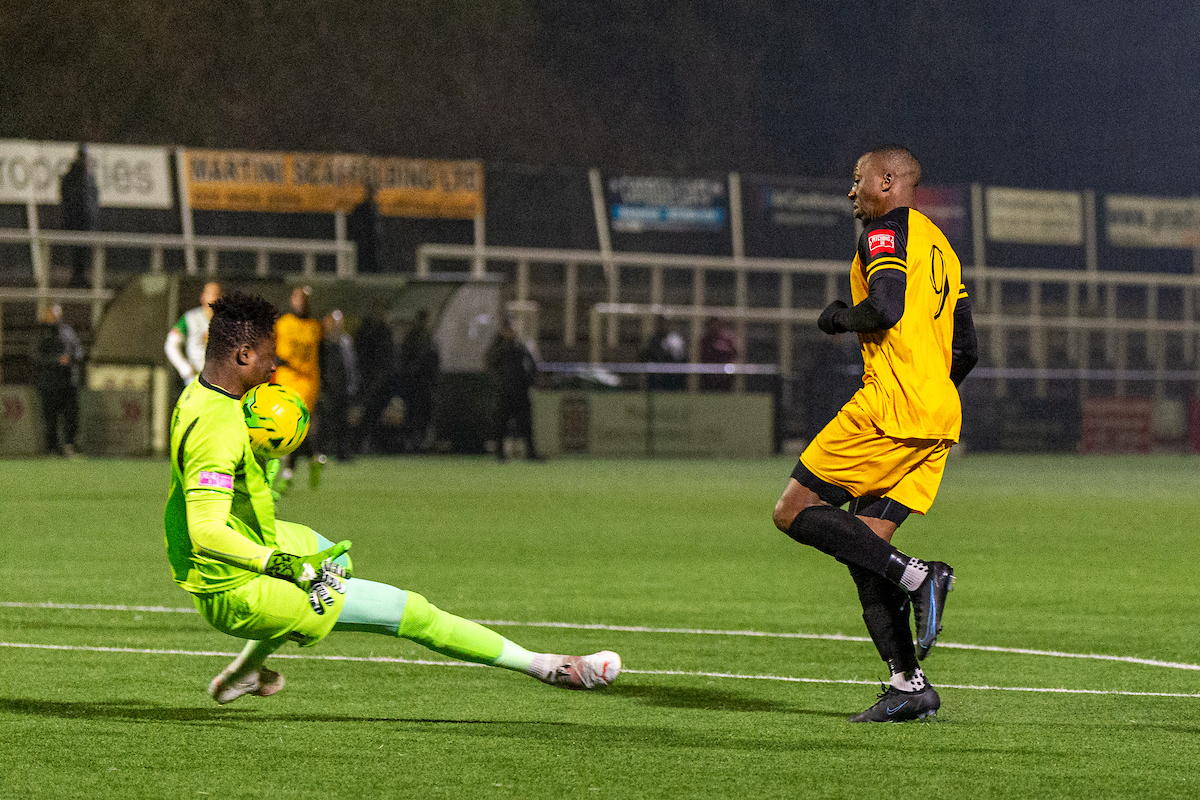 Certainly the performances of Albon, Tom Hanfrey at the back, Daniel Uchechi made a lively appearance in the second half as substitute and even Anthony Cook as an emergency centre-half stood out and in the end football is a game of fine margins and despite being on the back foot, Bognor broke away to score on the hour and were able to hold on for the win.  With Cray in 20th place but teams above them clearly catchable there are still plenty of opportunities to do so with four months of the season to go for Grant Basey’s side. 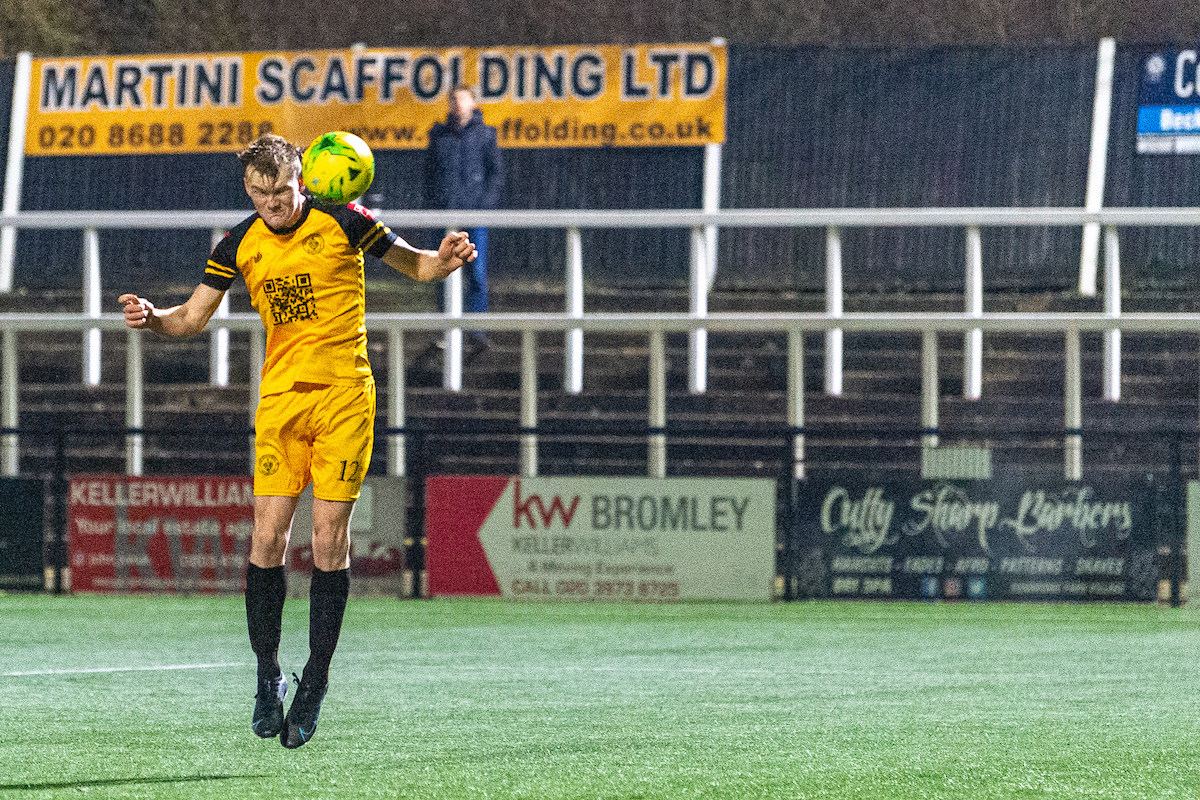 BROMLEY, GREATER LONDON, ENGLAND – JANUARY 12: Cray Wanderers’s Cameron Brodie heads in unmarked but it is ruled out for offside during the The Pitching In Isthmian Premier League match between Cray Wanderers and Bognor Regis Town at Hayes Lane on January 12, 2022 in Bromley, Greater London, England . (Photo: © Jon Hilliger / HilligerPix)

As mentioned Corinthian Casuals were comfortable winners when the sides met in September with top scorer Warren Mfula scoring a hat-trick and a Emmanuel Mensah goal completing the scoring. James Bracken’s team are unbeaten in their last three league games and are 11th in the Isthmian Premier league table. Their last league game was on 3rd January and picked up a point from a 1-1 draw at Horsham. Corinthian Casuals did play on Tuesday evening in the London Senior Cup where they lost on penalties at home to Harrow Borough after a 0-0 draw.

Away form has been generally decent after a slow start to the season and picked up wins at Haringey Borough (1-0), Bowers & Pitsea (2-1), Leatherhead (2-0) and Lewes (2-1) and drew at Wingate & Finchley (2-2), East Thurrock United (1-1) and Horsham (1-1). Their only defeats came at Potters Bar Town (1-3), Worthing (0-1) and Cheshunt (1-5).  At home Corinthian Casuals beat Cray Wanderers, Hornchurch (1-0), Margate (3-1), Potters Bar Town (4-1) and Carshalton Athletic (2-1), drew with Brightlingsea and Wingate & Finchley and lost to Folkestone Invicta, Kingstonian, Merstham, Bishop’s Stortford and Enfield Town.   Corinthian Casuals had a very good FA Cup run to the 4th Qualifying Round which required four replays to advance past Worthing, Leatherhead and Wingate & Finchley and then took St Alban’s City to a replay before losing on penalties after a 1-1 draw. In the FA Trophy, they were beaten at home by Cheshunt in the 3rd QR. Top scorer is Warren Mfula with 11 goals.

Like all clubs in the Isthmian League the Casuals will be looking for a completed season after the travails of the last two years and in 2019-20 were lying 19th when the season ended in March 2020 and 17th last season after nine league matches played. The last time the two sides met at Hayes Lane was on 17th August 2019 when the sides played out rather a dour 0-0 draw. 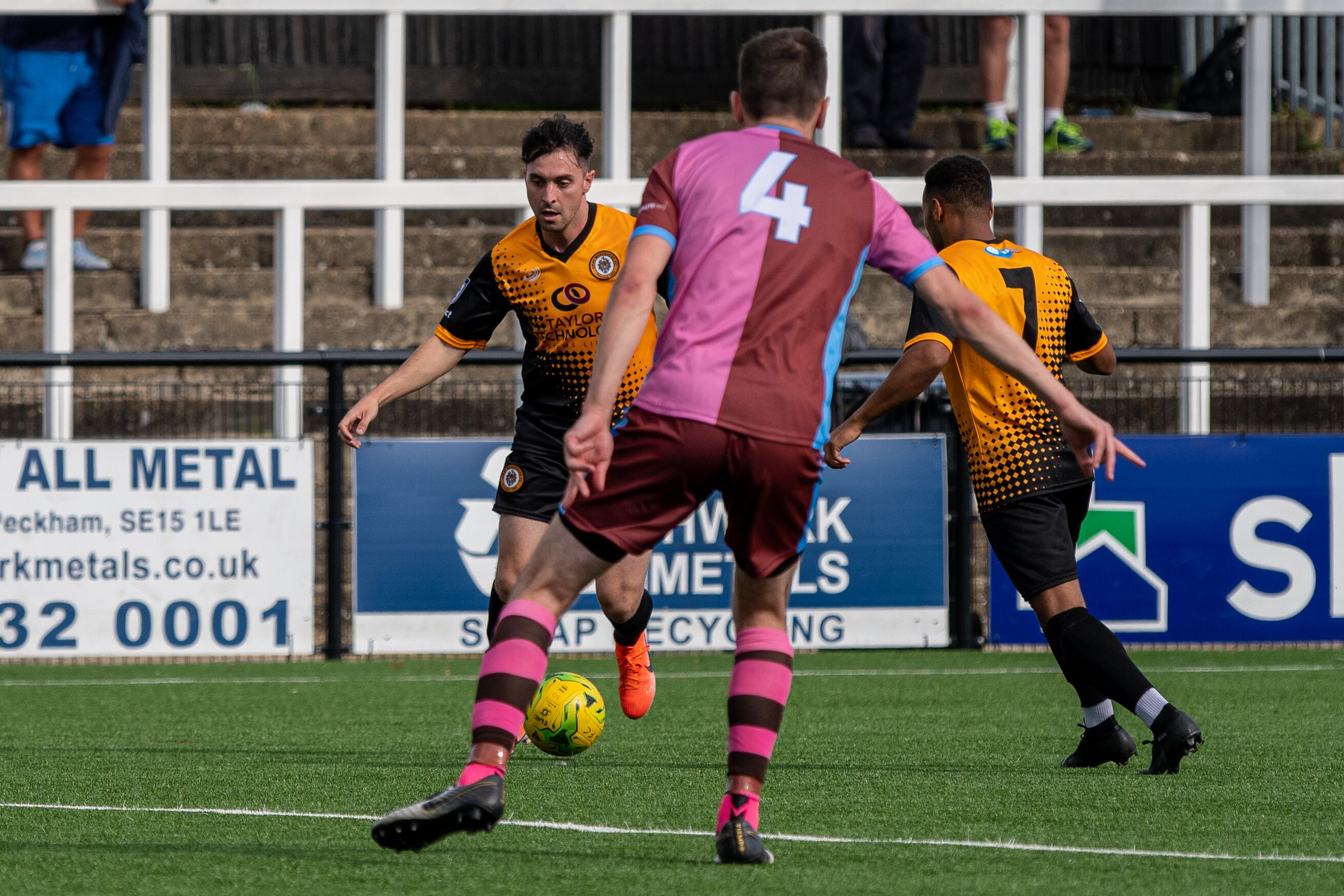 Two clubs rich with of history and tradition, the amber and black of Cray and the pink and chocolate shirts of Casuals coupled with a sharing of how the game should be played promises to be a cracking game.

Please note this game will be dedicated to the memory of former Cray Wanderers player Richard Heselden who sadly passed away last year and members of Richard’s family will be in attendance on Saturday.

Admission costs £10.00 adults, £5.00 concessions and available on the gate or online at www.cray-wanderers.com/tickets/