Cray Wanderers look to break new ground on Saturday as the Wands seek a place in the 3rd Round of the FA Trophy for the first time. They may have to do it the hard way though as Ebbsfleet United, winners of the Trophy in 2007-08 and currently 2nd in the National South are the visitors to Hayes Lane. Kick off 3pm.  Please note there are no replays in the competition this season and will go to penalties if a draw after 90 minutes. 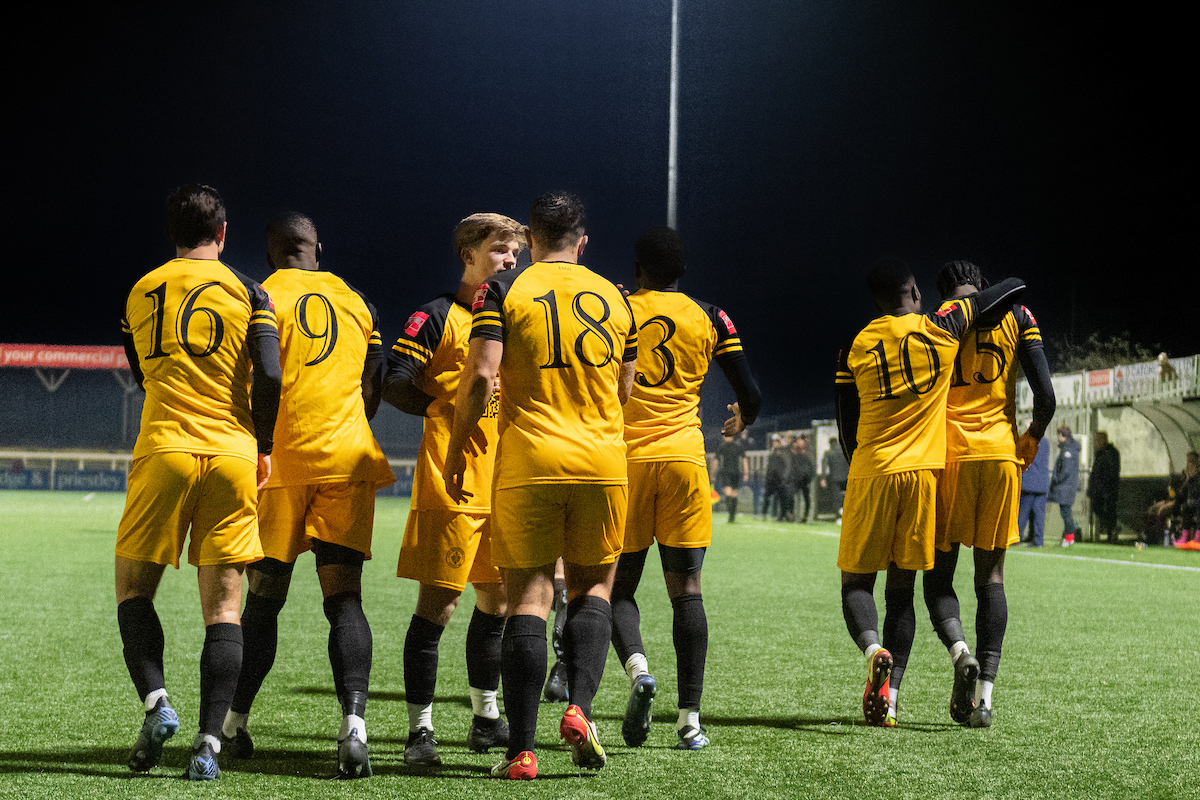 Cray come into the game on the back of two very encouraging performances against teams currently in and around the playoffs and after a narrow defeat at Kingstonian last Saturday were perhaps unfortunate to draw with Folkestone Invicta on Wednesday night with the visitors levelling in the last minute.  The Wands are 20th in the table but have looked a more settled side in recent weeks and have been in good form in the previous FA Trophy rounds.

Cray advanced to the 2nd Round stage for the second season in a row with home wins against Kings Langley (4-1) and a last gasp victory against Bedfont Sports in the last round (2-1) with Adam Coombes scoring twice including a stunning 30 yard lob in the last minute to set up a tie against one of Danny Kedwell’s former clubs. 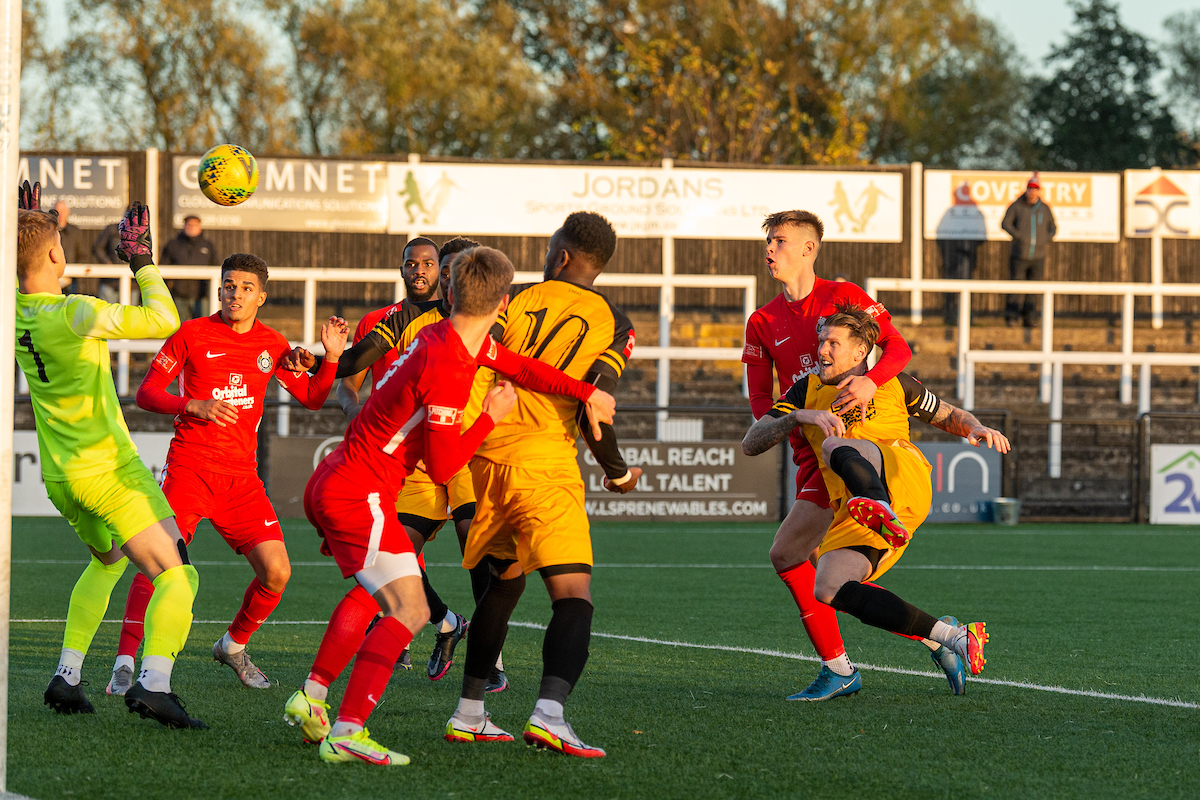 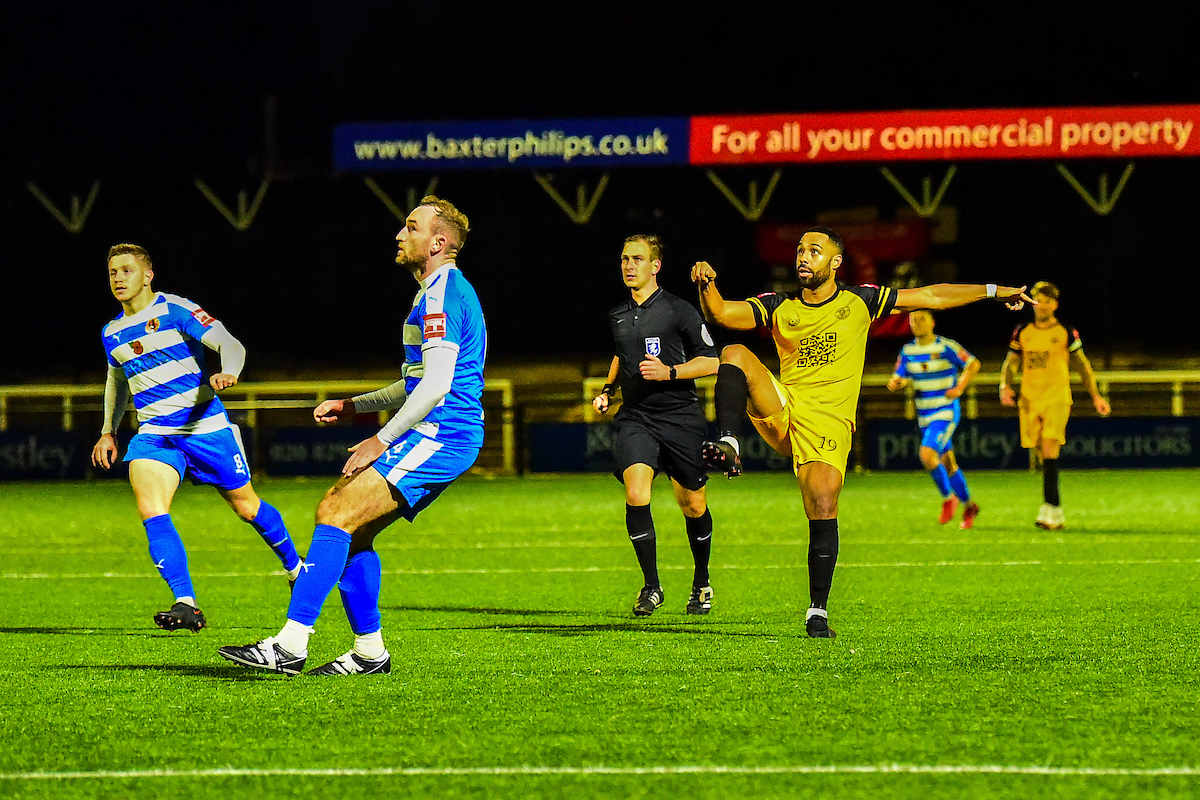 Against Folkestone on Wednesday after a difficult start when Invicta went ahead Cray came back into it with another tremendous strike from Anthony Cook which was his eighth goal of the season. The Wands took the lead with Jai Reason’s composed finish and by the end of the game had some fine young players on the pitch, Freddy Barton, Kasim Aidoo, Tom Hanfrey, Cameron Brodie, Jack Hanson and Sam Skeffington.  Cray were without Andy Drury who was injured in the Kingstonian game and Skeffington who was impressive on his loan debut will be ineligible with his parent club Bromley coming into the tournament in the 3rd Round. 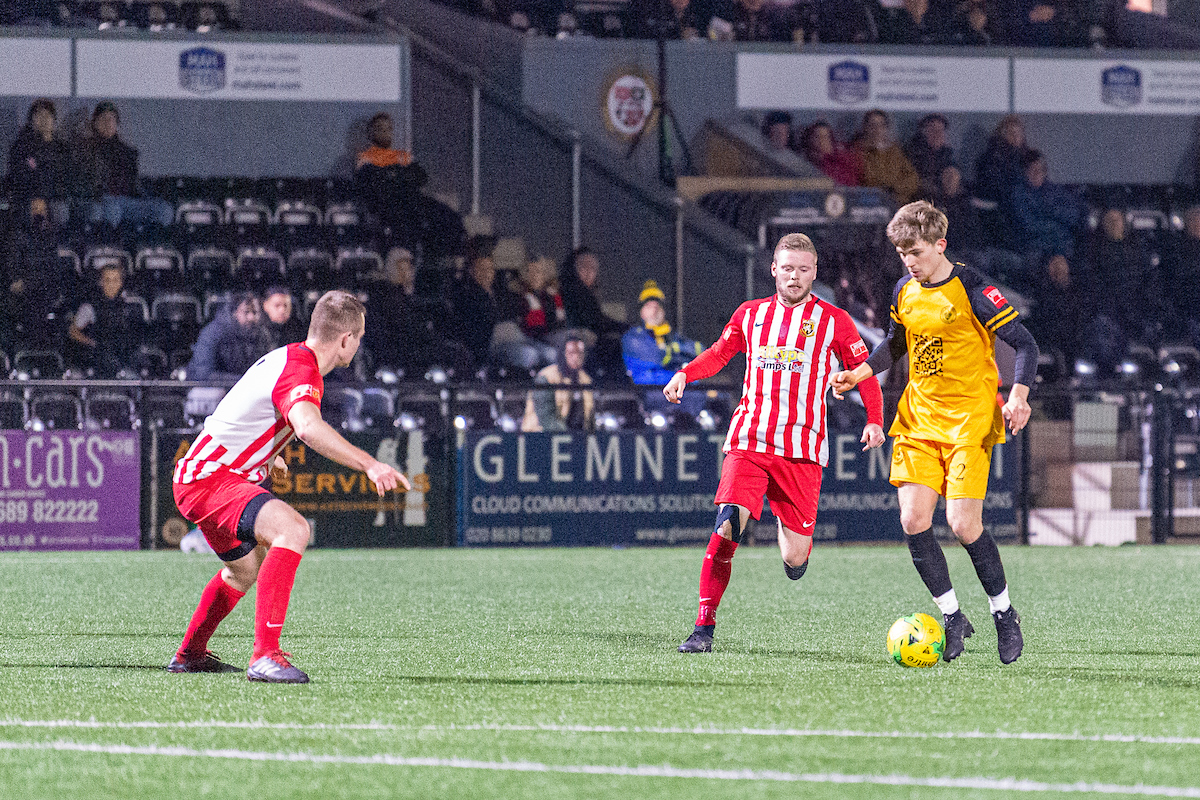 Ebbsfleet United have had a fine start to the Vanarama National South season and lie 2nd in the table on 25 points three behind leaders Dartford with two games in hand. Dennis Kutrieb’s side had won six league games in a row before Tuesday night where they were beaten 2-3 at home to local rivals Maidstone United after twice taking the lead through Toby Adebayo-Rowling and Rakish Bingham.

Away form has been very good with league wins at Chippenham Town (5-2), Slough Town (3-1), Eastbourne Borough (1-0) and Hungerford Town (4-2). Ebbsfleet drew at Chelmsford City (0-0) and their only defeat was at Hampton & Richmond (0-3). At home the Fleet beat Tonbridge Angels (5-1), Hemel Hempstead (3-1), Braintree Town (2-0) and Welling United (6-0) with two defeats to Havant & Waterlooville and Maidstone United.  Ebbsfleet made it through to the 1st Round of the FA Cup with wins against Carshalton Athletic, Aylesbury and Hampton & Richmond before a narrow defeat at League 2 Leyton Orient in the 1st Round.   Top scorer is currently Dominic Poleon with nine goals.

There haven’t been too many meetings with Ebbsfleet United down the years. Perhaps the most notable were a tremendous FA Cup victory for Cray Wanderers at the then Southern League Gravesend and Northfleet in September 1968 winning 3-1. The sides met in the delayed final of the Kent Senior Cup of 2007/08 (played before the start of the 2008/09 season) with the now named Ebbsfleet winning 4-0 in the final played at Hayes Lane.  Then in Cray’s 150 year centenary season, the sides met in the 2nd Qualifying Round of the FA Cup at Hayes Lane on 25th September 2010 and finished 2-2 with Ebbsfleet winning the replay 4-2 three nights later. 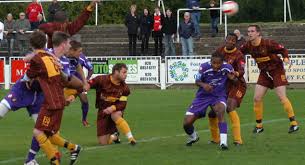 Ebbsfleet United were formed in 1946 immediately after the resumption of football after World War II and were known up to 2006-07 as Gravesend and Northfleet FC after a merger of Gravesend United and Northfleet United.  The club were Southern League regulars up to 1978-79 and were Southern League Champions in 1957-58 and Division One South Champions in 1974-75. In 1962-63 Gravesend and Northfleet made national headlines by reaching the 4th Round of the FA Cup beating league sides Exeter City and Carlisle United along the way and took 2nd Division Sunderland to a replay at Roker Park following a 1-1 draw at Stonebridge Road eventually losing the replay 5-2. Strangely they were relegated at the end of the season.  In 1978-79 they became one of the founding clubs of the new Alliance Premier League (now the National League Conference) but were relegated back to the Southern League in 1981-82. In 1995-96, they reached the 3rd Round of the FA Cup beating Colchester United  eventually losing at Aston Villa.  For the 1997-98 season they moved to the Isthmian League for the first time and spent four seasons in the Premier, winning the title in 2001-02 and with no Conference South in those days made their return to the Conference.

They finished 7th in 2006-07 and the following season with the local area transformed by the Channel Tunnel rail link changed their name to Ebbsfleet United and became something of a new commodity as a club run by website members of MyFootballClub who ran Ebbsfleet United up until 2013 and they had a great season becoming the only Kentish side to date to win the FA Trophy at Wembley as Liam Daish’s side beat Torquay United 1-0 in front of 40,000 fans with a Chris McPhee goal and also won the Kent Senior Cup. They also reached the Semi-Finals the following season but were relegated in 2009-10. They won promotion back to the Conference via the playoffs in 2010-11 beating Chelmsford City and Farnborough Town in the Final and remained for two seasons in the Conference.  In 2016-17 after a handful of near misses in Semi-Finals and Finals Ebbsfleet who were captained by Danny Kedwell and included Anthony Cook and Andy Drury in the side beat Hampton & Richmond and Chelmsford City in the playoff final to return to the Conference once again. Ebbsfleet finished 8th in 2018-19 but after the unusual circumstances of the 2019-20 season were 20th and relegated on points per game.  They were 8th last season in the National South before the season was declared null and void after 18 games.  The club are very well supported and are enjoying an upsurge in prosperity after a couple of difficult seasons before the Covid outbreak.

This should be a great occasion and  a chance for the Wands to pit their wits against a National South side. Ticket costs £10.00 adults, £5.00 concessions/U16s and can be purchased on www.cray-wanderers.com/tickets or pay at the gate (cash only). Season tickets are not valid for this match.