Cray Wanderers vs. Kingstonian – Saturday 26th March, 3pm – Non League Day – About Non League Day and its work with Prostate Cancer UK and Kick It Out

A note for supporters that Saturday’s fixture between Cray Wanderers vs Kingstonian takes place on National Non-League Day, the annual tradition which returns after a Covid break. 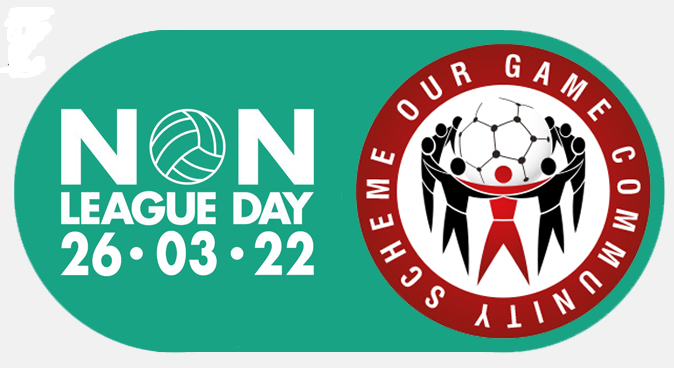 Non League Day takes place on a weekend with international fixtures and no Premier League or EFL Championship games taking place. Non League Day is run in conjunction with Prostate Cancer UK, Kick It Out and the Our Game Community Scheme. We look forward to welcoming Cray Kingstonian supporters and any neutrals to the game today. Also there is £5 admission for any Premier League or Championship Season Ticket Holders on presentation of season ticket.

Non-League Day was set up by James Doe in 2010 as a social media experiment, after being inspired by a pre-season trip to Devon to watch Queens Park Rangers play at Tavistock. It has now grown to become an annual part of the football calendar, backed by Premier League and Football League clubs, MPs, celebrities, media organisations, charities and most importantly the non-league clubs themselves and the fans who turn up on the day.

Always scheduled to coincide with an international break, Non-League Day provides a platform for clubs to promote the importance of affordable volunteer-led community football while giving fans across the country the chance to show support for their local non-league side.

Many non-league clubs are almost exclusively volunteer run, with money taken at the turnstiles often funding thriving youth set-ups, projects and facilities which are of benefit to the whole community. The level of skill on offer at non-league grounds might not be the same as that at the Etihad Stadium or Stamford Bridge, for example, but there are other sides to the experience, from which the smaller club will always win hands down.

The vast majority of games still kick off at 3pm, ticket prices are realistic, you can often stand (and drink!) anywhere in the ground and will always be guaranteed a warm welcome by people who run their clubs for a love of the game.

Whether you’re a Premier League or Championship fan without a game, a League One or League Two supporter who can’t make an away trip, or just someone who is curious about what their local club has to offer, there is sure to be something to interest everyone.

A note for supporters that today’s fixture between Cray Wanderers vs Kingstonian takes place on National Non-League Day, the annual tradition which returns after a Covid break. 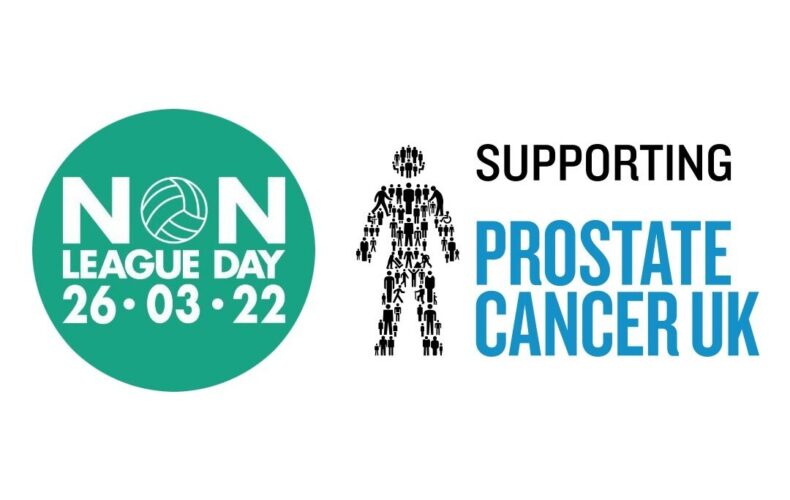 In the build-up to this year’s Non-League Day (March 26, 2022), Prostate Cancer UK is calling on football fans to not only find their fixture – but to check their risk of the most common cancer in men.

The leading men’s health charity wants supporters across the UK to join forces and find the 14,000 men whose prostate cancer has gone undetected because of the pandemic. One in eight men in the UK will be affected by prostate cancer, but it remains very treatable if caught early, so it is important that these men are found quickly before their cancer spreads.

For an eighth year Prostate Cancer UK have teamed up with Non-League Day to take on the most formidable opponent of all. And while fans will once again be able to check the ground-breaking match-finder database on the webpage, they will for the first time be able to check their risk of prostate cancer thanks to the 30-second risk checker.

In 2018, a check on the club’s website saw him read an article about then-boss Chris Powell running the London Marathon for Prostate Cancer UK, who were on the front of the club’s shirts in the 2018/19 season. And it sparked a lifesaving turn of events.

He said: “I was looking to see if there was any news on us signing a player, and I saw an article on there with Chris regarding prostate cancer. I found myself reading about the symptoms, and I thought ‘that’s me, I’ve got one of those symptoms’.

From there I looked it up further and eventually went to the doctor, and after a range of tests it was confirmed I had prostate cancer. “I’m so grateful to the work Prostate Cancer UK have done. Without that, who knows where I’d be now?

“It’s vital that men understand their risk. I’ve first-hand experience of the wonderful support of Prostate Cancer UK, and their 30-second risk checker is a vital tool to help men.” Find out about your prostate cancer risk at prostatecanceruk.org/risk-checker Case study story –

When he sits down at his desk every day, Basildon’s Keith Smith always glances up at a picture of the man he believes saves his life.

Anyone walking past his desk would see a picture of Keith alongside former Southend United manager and current England coach Chris Powell, but the relationship between the duo is deeper than that. When Powell was at the helm at Roots Hall his work with Prostate Cancer UK saw him complete the 2018 London Marathon, raising £14,000. The charity was also proudly on the front of the Shrimpers kit in 2018/19.

Around the same time, Keith Smith, 64, who has supported the team for more than 25 years, was scouring the Blues’ website when he came across an article by Powell relating to the cancer. “I was looking to see if there was any news on us signing a player, and I saw an article on there with Chris regarding prostate cancer. I was reading about the symptoms, and I thought ‘that’s me, I’ve got one of those symptoms’. From there I looked it up further and eventually went to the doctor, and after a range of tests it was confirmed I had prostate cancer,” said Keith, a ground maintenance officer. “I knew very little about prostate cancer before then. My dad had it, my uncle had it as well and I didn’t realise it was hereditary; I never realised I was such a candidate to get prostate cancer.

”  It was during a scan that a cancerous kidney tumour was also spotted, and he has since had his kidney removed as well as brachytherapy treatment on his prostate cancer. “I’m so grateful to the work they’ve done. Without that, who knows where I’d have been right now. Smith also hailed the work of Prostate Cancer UK, and their trailblazing Specialist Nurses team, throughout that time. “I went to the Prostate Cancer UK website and there were all sorts of tools to help. At first, it took me a while to deal with it but I rang up one of the nurses and she talked me through everything,”

Keith recalls. “It was around June, and I was very concerned, and she asked me what my biggest worry was. I said I was worried if I’d be here at Christmas, and her response sticks with me to this day. She said: ‘Keith you’re going to be at this Christmas, next Christmas and for many Christmases after’. And every question I asked, she knew the answer to and that was really reassuring. Anyone that’s going through this process, I would say take up that option and give them a call.” Smith was surprised by former manager Chris Powell ahead of a match in February 2019 with the emotional meeting captured on camera.  “I want to say thanks to Chris and Southend United,” said father-of-three Keith, whose two sons and daughter accompanied him to the game. “I’m so grateful to the work they’ve done. Without that, who knows where I’d be now?”

Powell added: “For me to meet someone who has been affected by my message and what I’ve done, blew me away really and I’m deeply honoured. It was a great moment for me and that’s why I’ll continue to hammer home the message, and hope Southend fans and everyone else don’t stop driving that.”

Keith’s work with the charity has continued and he is supporting Non-League Day, where fans of the beautiful game will unite to raise awareness of the risk of prostate cancer, the most common cancer in men. One in eight men will be affected by prostate cancer in their lifetime, one in four if you are black, but it is a treatable disease if caught early. With this in mind, Prostate Cancer UK have teamed up with NHS England to find the 14,000 men whose prostate cancer has gone undetected because the pandemic. The campaign will encourage men to use Prostate Cancer UK’s 30-second online risk checker to learn more about their level of risk and what action they can take, including getting checked by their GP if they are at higher risk. Proud partners of Non-League Day since 2014, Prostate Cancer UK will be urging fans to be aware of their risk of the most common cancer in men and take the 30-second test. Find out about your prostate cancer risk at 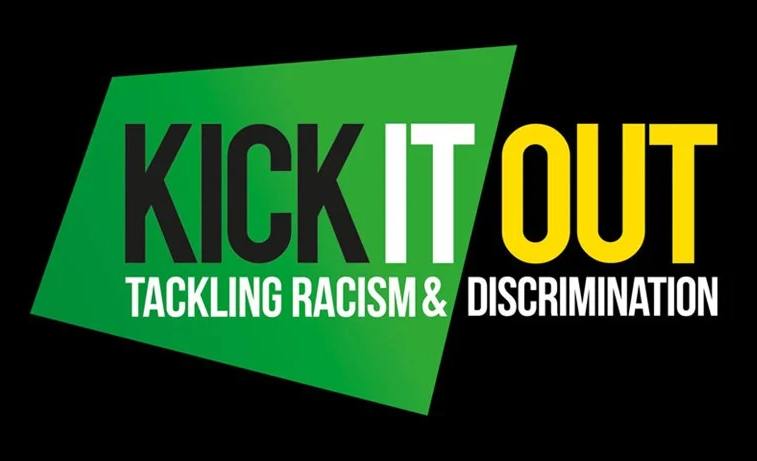 Non-League and grassroots are the bedrock of football. Everyone should be able to enjoy it.

By Tony Burnett, CEO, Kick It Out

Having played Non-League football, I know how much the game means to the communities that support and grow out of clubs around the country at this level. Passion, hard work, loyalty and enjoyment runs through Non-League, it is the lifeblood of football. In stadiums just like this one, up and down the country, fans, players, coaches and club staff dedicate their afternoons, seasons, sometimes whole lives to supporting the football club they love.

Non-League Day is a chance to celebrate that. All the people that make games like this possible, on and off the pitch, and the communities that have been created as a result. But, as these communities are becoming increasingly diverse, clubs must do as much as they can to help make fans, players and staff from all different backgrounds feel welcome.

Football should be a game for everyone. Stadiums, whether Non-League or Premier League, should be places where all fans feel like they belong. Where players can revel in incredible football atmospheres without having to worry about supporters crossing the line.  They should be places where fans of all races and religions, women, those with disabilities, and members of the LGBTQ+ communities can access and enjoy matches safe in the knowledge that these spaces are for them as much as they are for anyone else.

Creating footballing spaces free from discrimination is part of what we do at Kick It Out. When incidents do happen, we work with the relevant authorities to ensure those responsible are held accountable for their actions. We also deliver a range of education initiatives, to fans found guilty of discriminatory abuse, as well as sessions delivered to Academy players across English football. And when clubs and leagues need support developing their own diversity and inclusion practices, we guide them through that process.

But we cannot do any of this without your help. Reporting is our greatest weapon against discrimination in football – without it we are fighting in the dark. So if you see or hear any discrimination in the stands this Non-League Day, or any other day, please report to us at www.kickitout.org. Together we can get rid of racism, homophobia, misogyny. Together we can kick it out for good.