Cray Wanderers vs Margate – Isthmian Premier – Monday 27th December, 3pm – Match Preview.
Cray Wanderers bring their 2021 fixtures to an end on Bank Holiday Monday, 27th December with a Kent derby as Margate are the visitors to Hayes Lane. Kick off is 3pm. For this match the Wands will be wearing their away strip as part of the #NoHomeKit campaign for the Shelter charity. 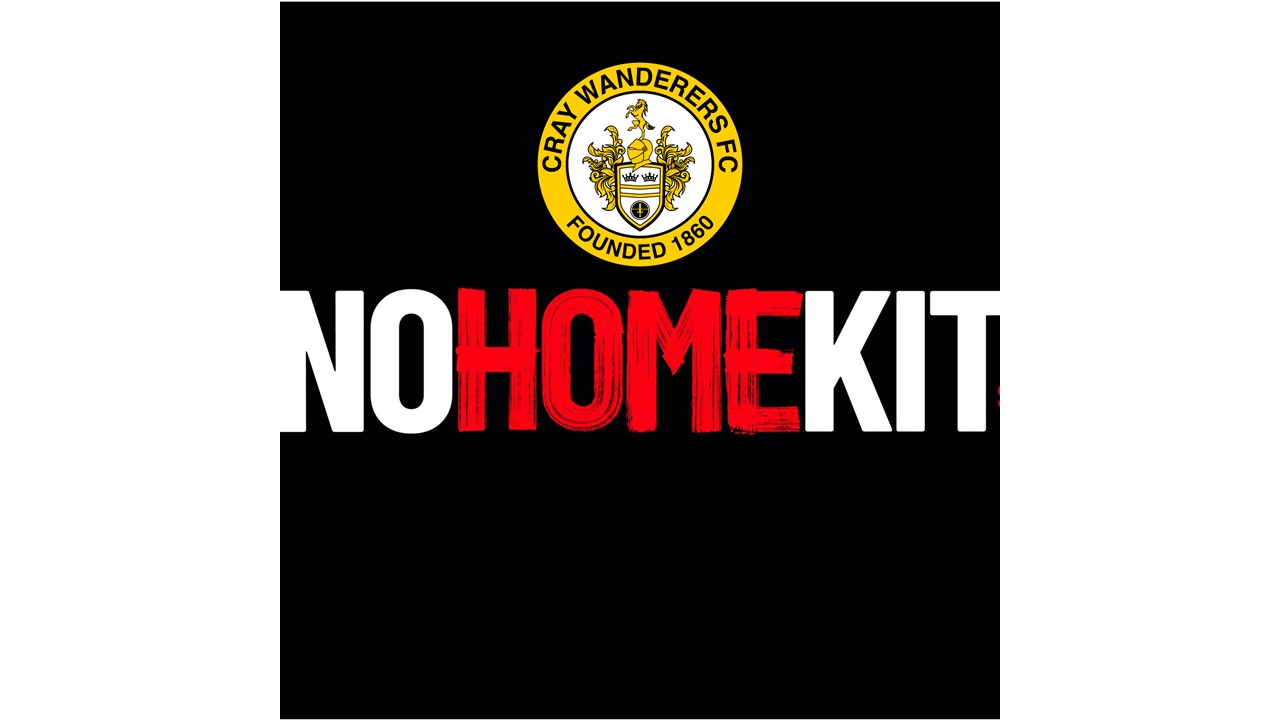 The excitement of the FA Trophy and games against Ebbsfleet and Dartford has now passed despite a fine effort with a depleted side against the Darts last Saturday and now the focus for Danny Kedwell and his Wands side is to start to move up the table. Cray moved into the bottom two after last weekend’s results but the team have been playing well and at times the results have not reflected the performances which have been very competitive to the end. 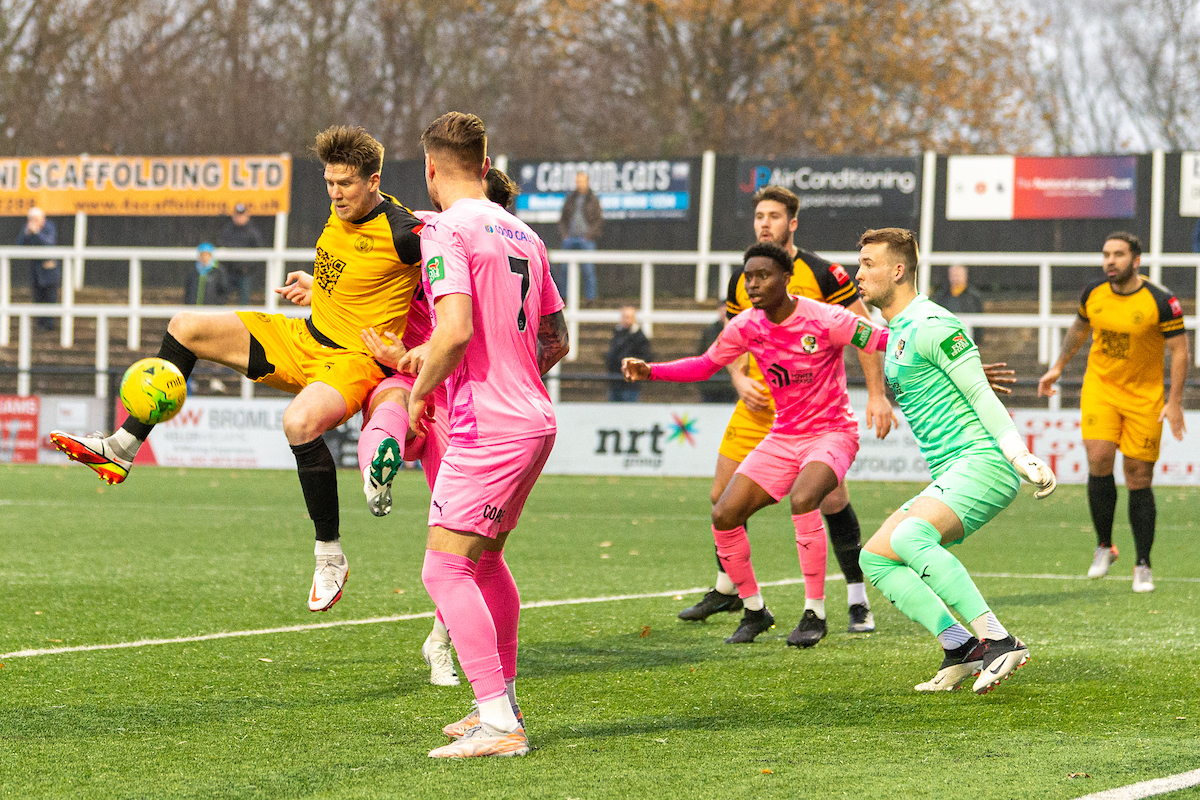 The recent upsurge in positive Covid cases hasn’t just affected the Premier League and EFL clubs but also non-league football too with the odd exception games have continued to take place and last weekend Cray had a number of players absent including Anthony Cook, Chris Dickson, Freddy Barton, Ethan Kaiser and Tom Hanfrey. Cameron Brodie had to miss the match against his parent club while Sam Skeffington played his last match of his month loan and has returned to Bromley.
After a dodgy six minute spell in the first half where Dartford scored three, Cray played well and deserved the goal that Jai Reason scored and had good claims for a penalty near the end. Now Cray will be looking for a consistent run with five home games in January giving a chance to build momentum. 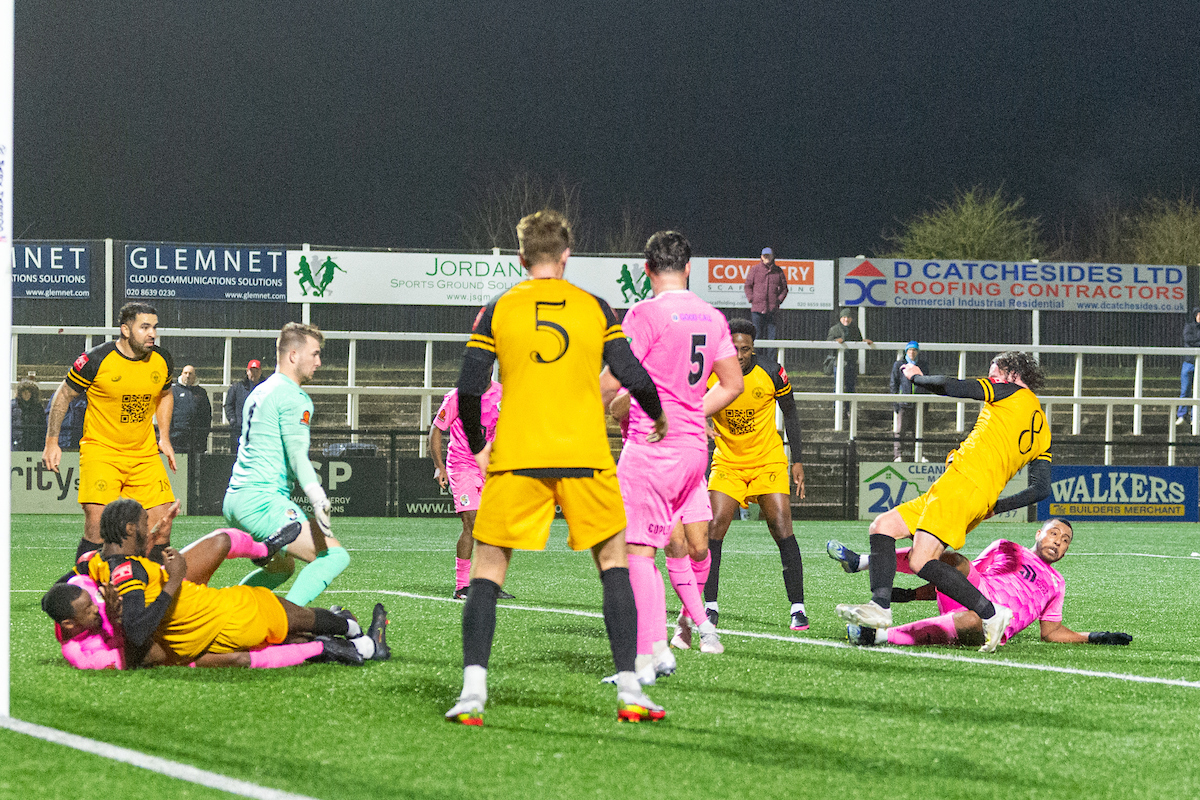 Margate also had absences last weekend through Covid and injury and went down to a 0-1 defeat to Wingate & Finchley at Hartsdown Road. Jay Saunders side had made a solid start to the season including a 2-1 win against Cray at home on August Bank Holiday Monday after Danny Kedwell had headed Cray in front early on, goals from Vance Bola and an 83rd minute winner from Daniel Thompson turned the game in Margate’s favour. Margate hit a sticky patch in November and went six games league without a win but showed what a dangerous side they can be with a 4-2 win at home to league leaders Worthing on 14th December and also beat Enfield Town earlier in the season. They currently stand 11th in the table with 28 points. 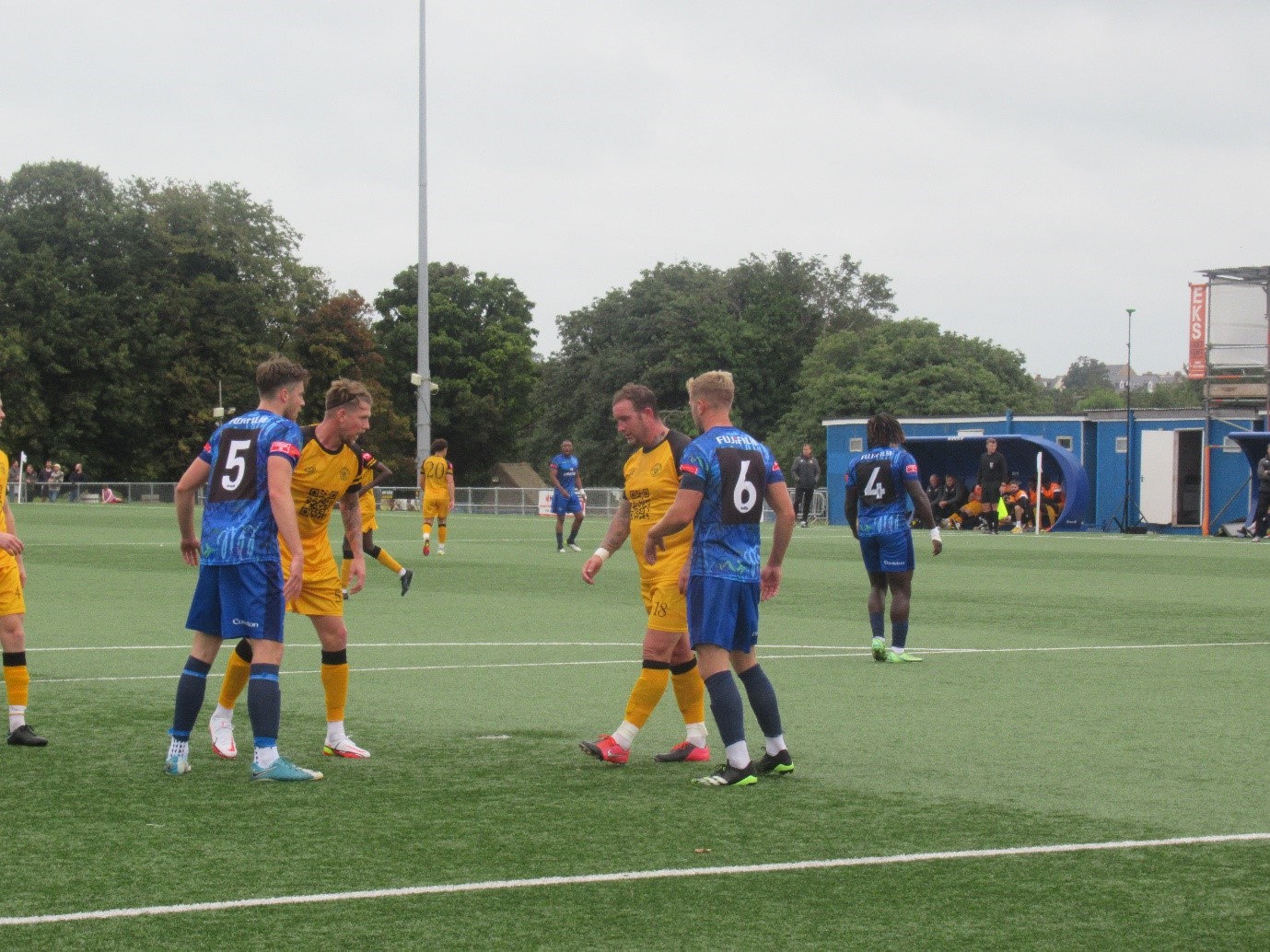 Away form has seen wins at Wingate & Finchley (1-0) and Mertsham (3-1), and drew at Cheshunt (1-1) and Haringey Borough (2-2). They were beaten at Hornchurch (1-2), Bishop’s Stortford (0-1), Corinthian Casuals (1-3), Horsham (1-2) and Kingstonian (1-3). At home Margate beat Cray Wanderers (2-1), Leatherhead (4-2), Enfield Town (2-1), Brightlingsea Regent (2-1) , East Thurrock United (2-0) and Worthing (4-2). They drew with Carshalton Athletic and Cheshunt and lost to Lewes, Bognor Regis Town and Wingate & Finchley. Leading scorers are Vance Bola and Ben Greenhalgh with 11 goals. In the cups, Margate reached the 2QR of the FA Cup after beating Thame United but were beaten at Merstham. In the FA Trophy, Margate beat Beaconsfield but were beaten at Needham Market in the 1st Round. They’ve also advanced in the Kent Senior Cup after beating Cray Valley PM.
Margate were 12th in the Isthmian Premier when the 2019-20 season was suspended early while last season in the admittedly truncated 2020-21 season were 20th after nine games.
The last time the sides met at Hayes Lane was on 23rd August 2019 as Cray won an exciting match 3-2 with two Freddie Parker goals and a Joe Taylor penalty with Margate scoring through Noel Leighton and Dan Johnson. The teams also met on 27th December, 2011 at Hayes Lane where Margate won 4-2. 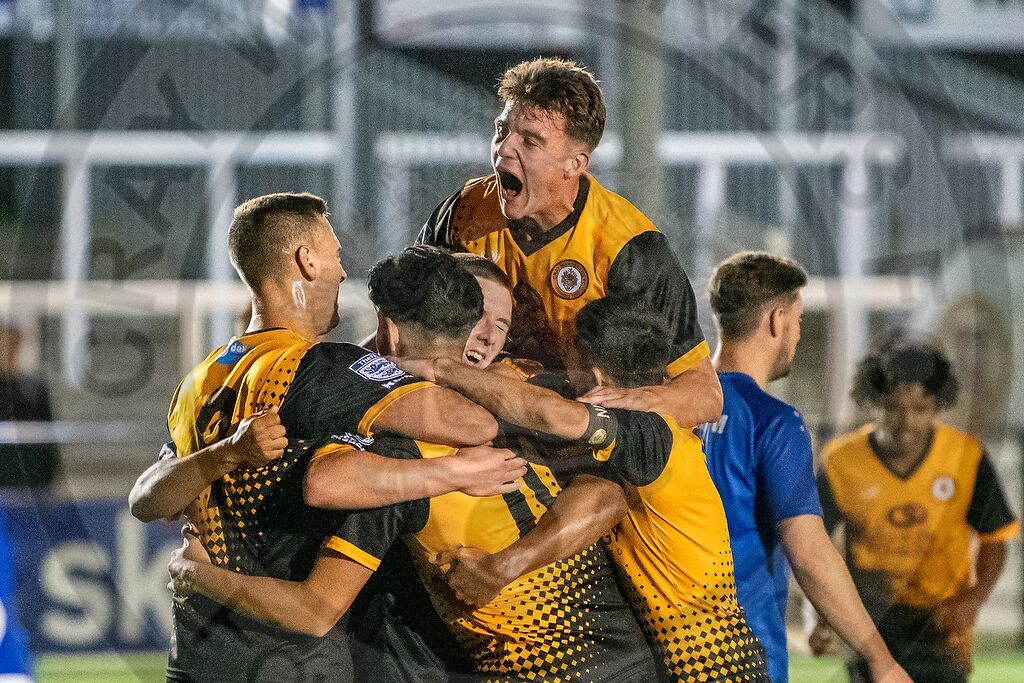 Meetings between Cray Wanderers and Margate surprisingly considering the long, chequered histories of both clubs only really began with Cray’s promotion to the Isthmian League in 2004-05. We had met briefly in the Kent League in 1937-38 when Margate were for a while Arsenal’s junior team and then in Cray’s run to the 4th Qualifying Round of the FA Cup in 2005-06, Cray who were an Isthmian South side won 3-0 at Margate with two goals from Michael Power and a Ross Lover strike. On Cray’s promotion to the Isthmian Premier in 2009-10, the clubs met for five seasons with Cray having a good record particularly at Hartsdown Road where they won 4 out of the 5 played The overall record is P. 15 W. 8 L. 7 with no previous drawn game.
Both sides will be looking to end the year on a high and this should be an exciting game and one to get your recovery from an overindulged Christmas Day and Boxing Day.
Admission £10.00 adult s/£5.00 concessions/u16s at the gate (cash only) or online at www.cray-wanderers.com/tickets/