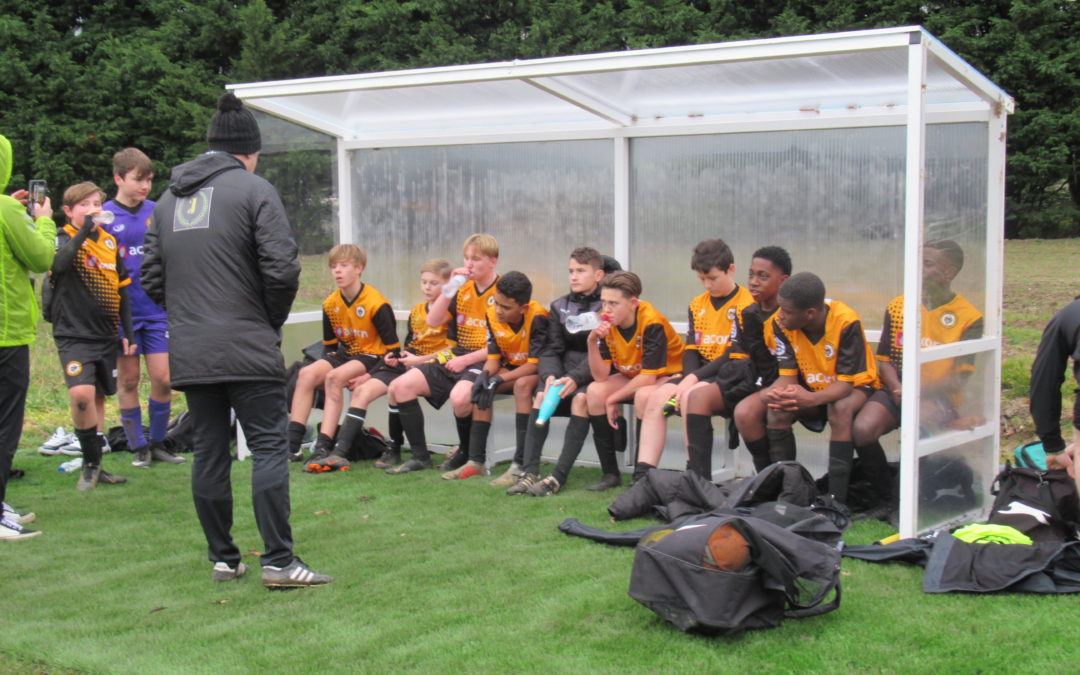 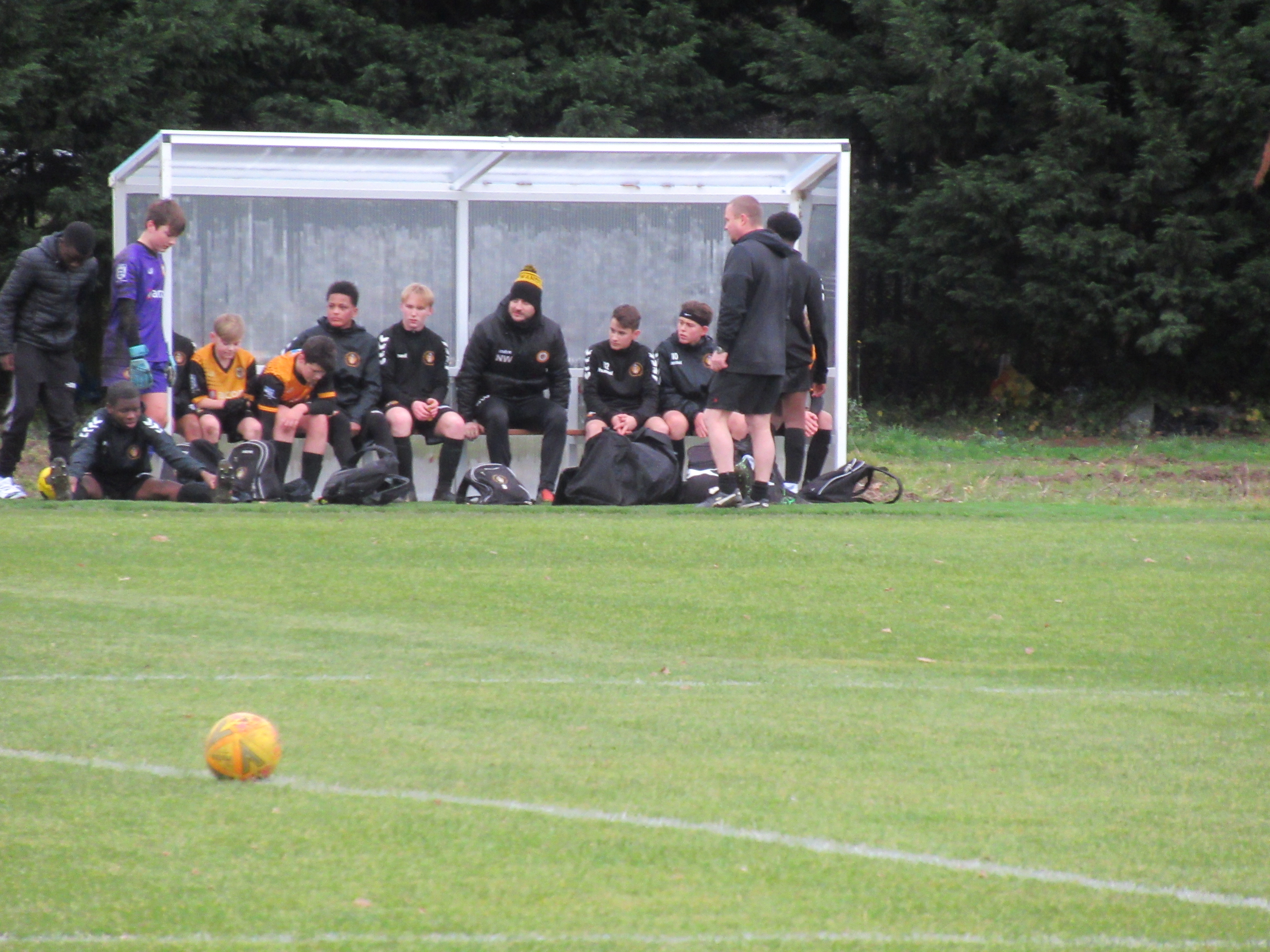 Another piece of history for Cray Wanderers Youth as for the first time football was played on the newly laid main pitch at Flamingo Park.  After one or two false dawns and some drainage issues to sort out, the pitch was now ready and played host to the Cray Wanderers Youth U14s who took on Southwark All Stars in a Tandridge Youth League Premier Division match.

Cray are joint league leaders with Glebe and had won their first six league matches going into this game but of course their first match for a while following the Christmas-New Year break. 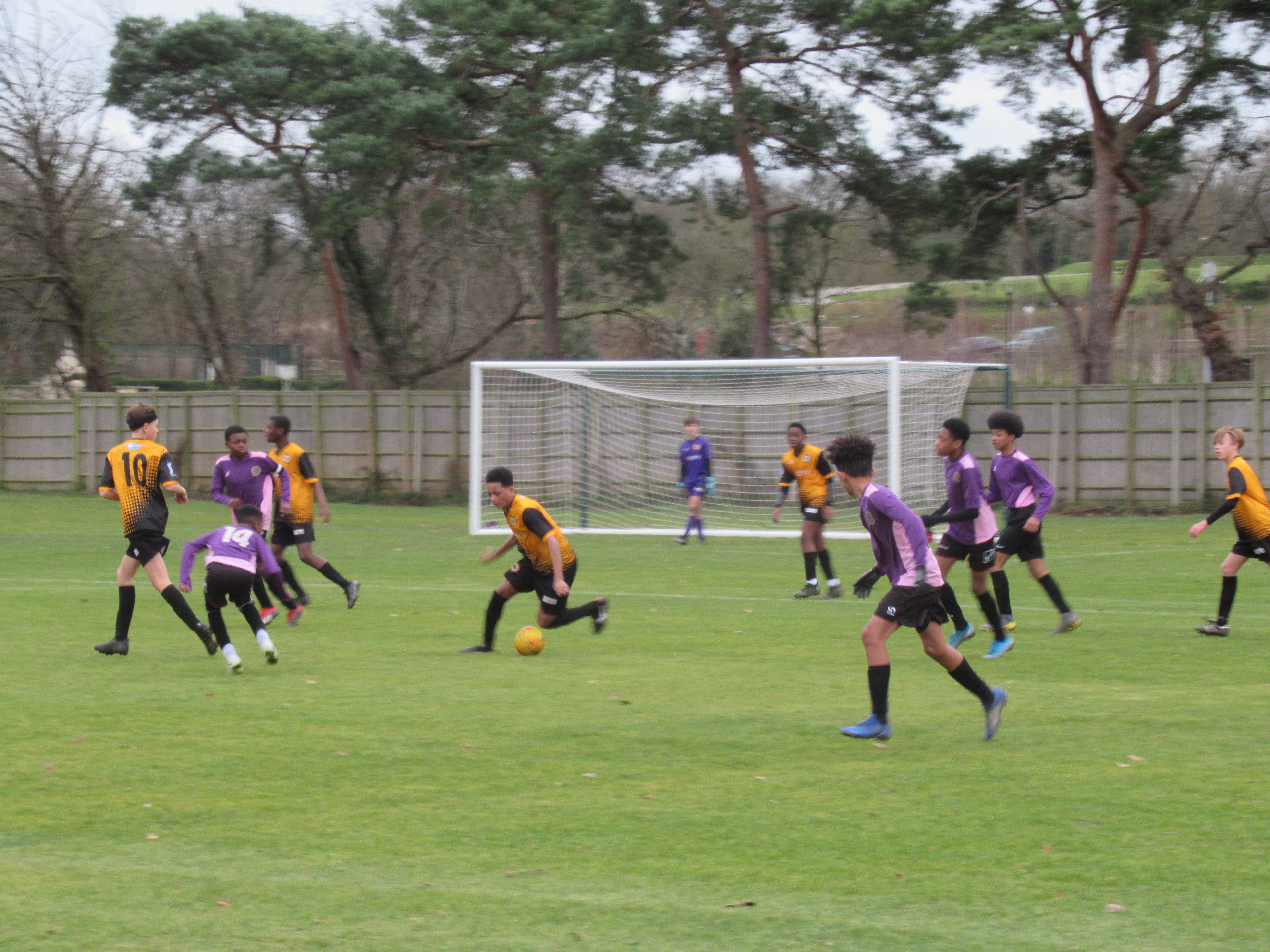 It didn’t take long for Cray to get used to their new surroundings and came close early on when from a corner down the right, Sam Williams cross was chested down by Joshua Senyange for the impressive Blu Husthwaite who shot just over the bar.

In the 6th minute Cray took the lead when Senyange made a run from midfield and rode challenges to stride into the area and place a low shot wide of the keeper and Cray were off and running. 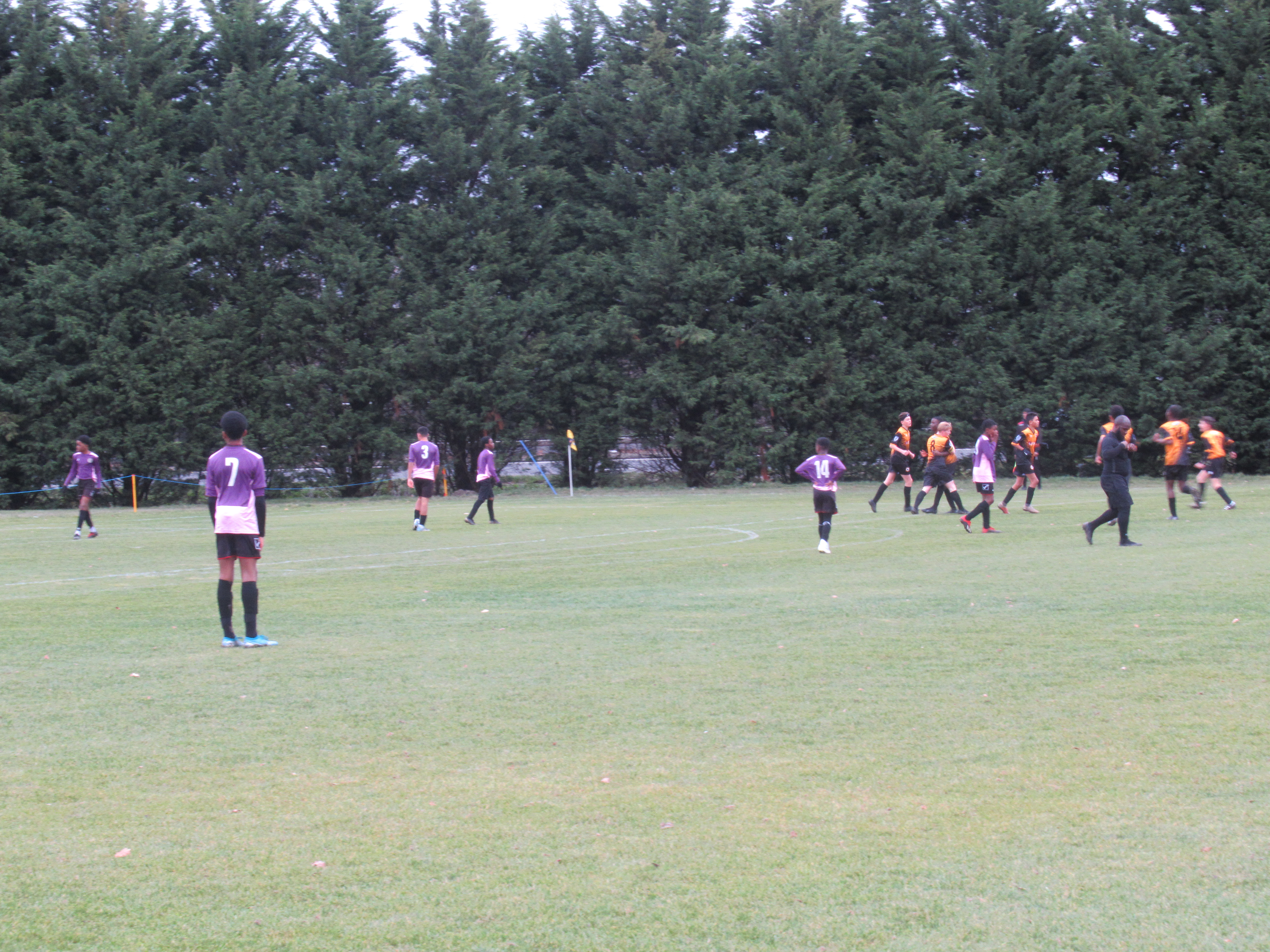 Cray could have added to their lead with Elisha Oshevire twice shooting just over down the left.  Then George Bastick’s shot was held by the keeper. This was followed by another Senyange run ending with a pass to Bobby Parker who fired just over the bar.

Southwark though were very game opponents and were playing well themselves and the no 3 down the right fizzed a cross shot across the goals.

The visitors though rode their luck a bit when Joseph Kpaka hit a shot from outside the area which crashed off the right post and bounced out to Sam Williams who couldn’t quite convert the rebound as the keeper made a save on the line.   Then at the other end, the Southwark centre-forward fired in a shot which was deflected behind for a corner.

Cray though extended their lead with a breathtaking piece of finishing from Husthwaite down the right who seemingly out of nothing unleashed a shot from around 25 yards right into the top left corner. 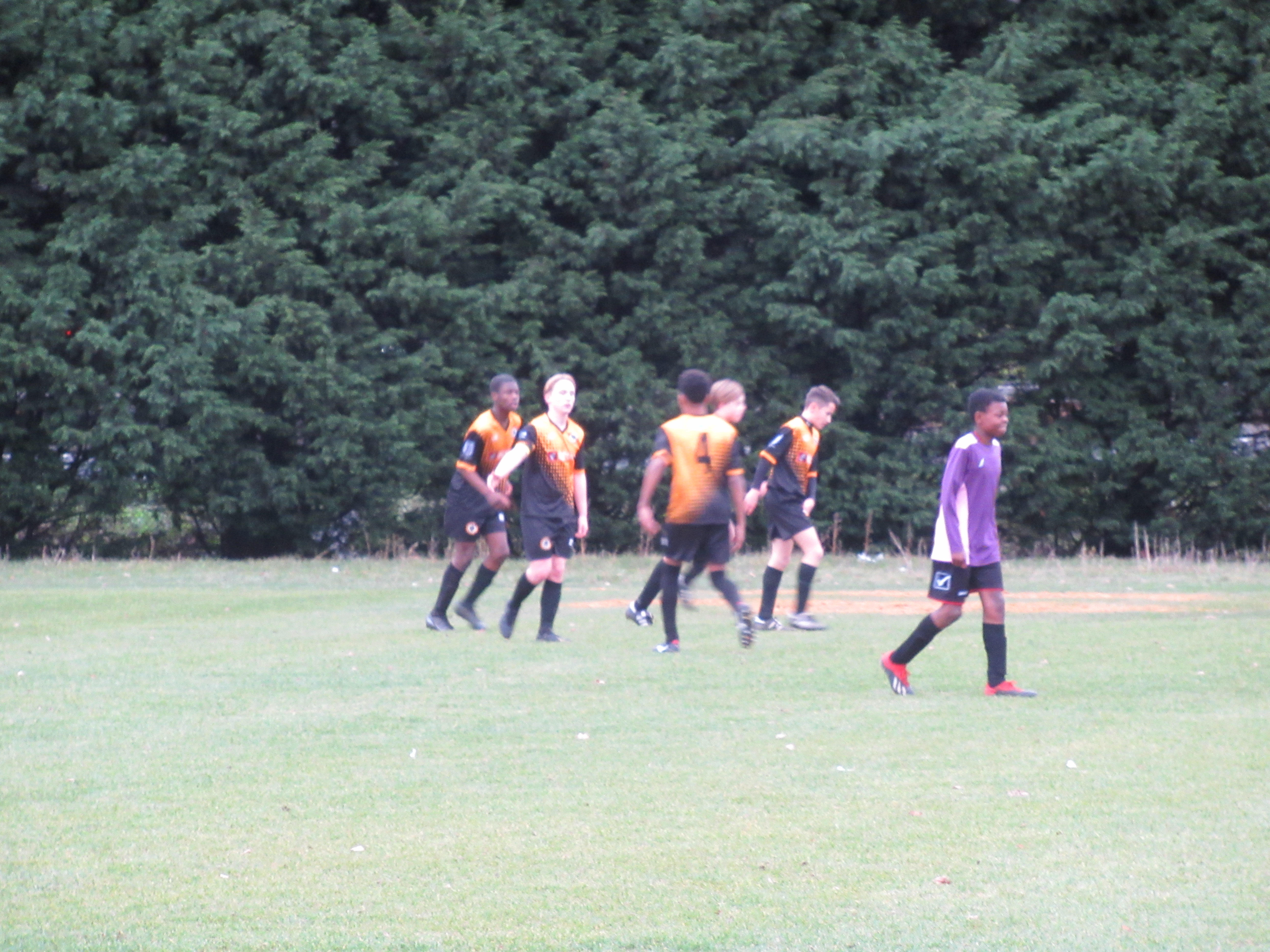 If Cray dominated the first half, the second started more even and for Southwark the no 7 shot over and then won the ball back and saw his shot deflected behind for a corner.

Cray though were still impressive going forward and Kpaka made another good run forward and hit a shot just wide.

A third goal for Cray was looking likely and came eight minutes into the second half when a corner into the box from the left was only half cleared out to Sam Williams who finished well from about 8 yards. 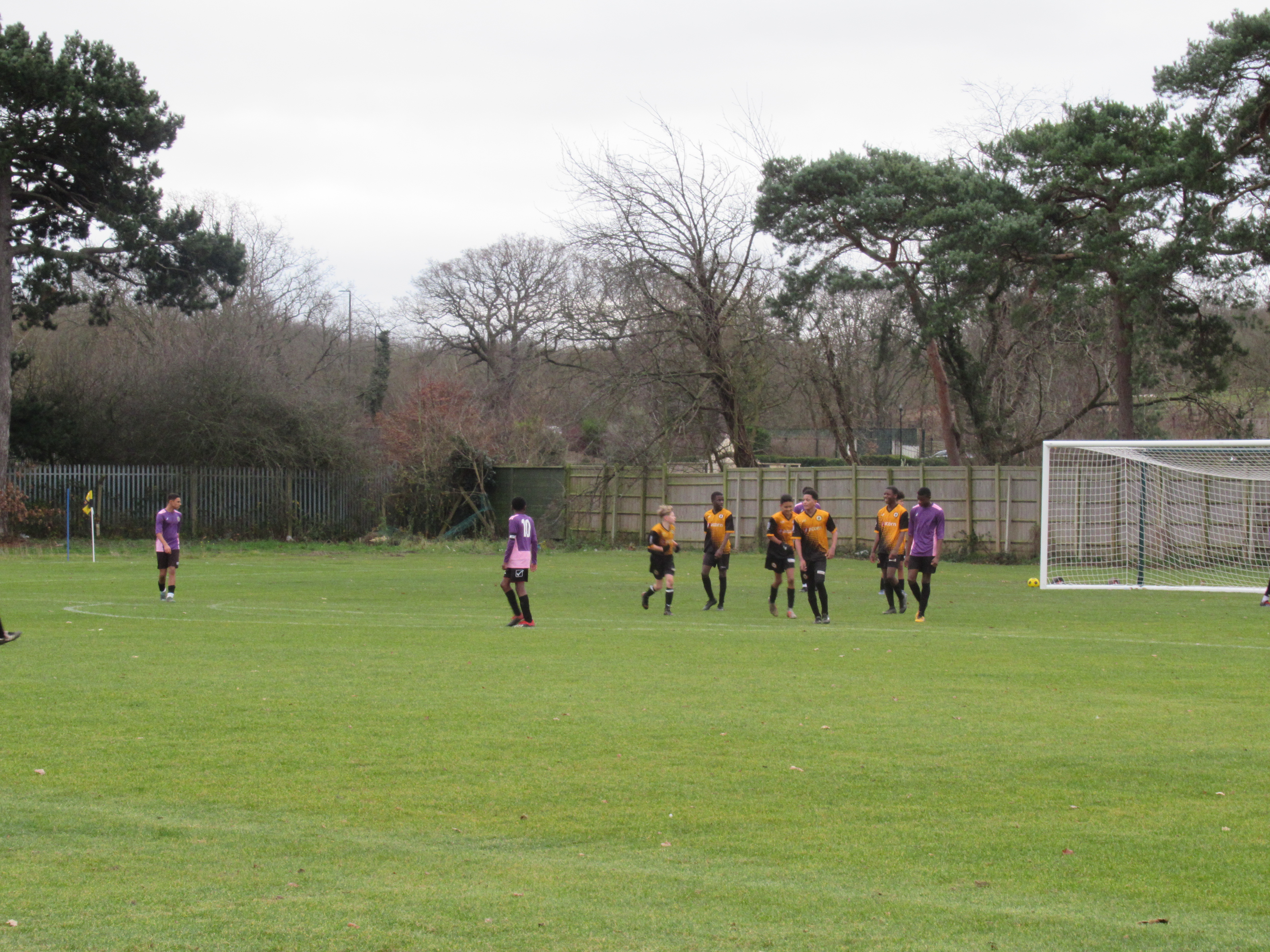 Five minutes later, Cray were awarded a penalty when Senyange was brought down in the area and stepped up himself to take the kick and scored his second of the game with a confident finish to make it 4-0. 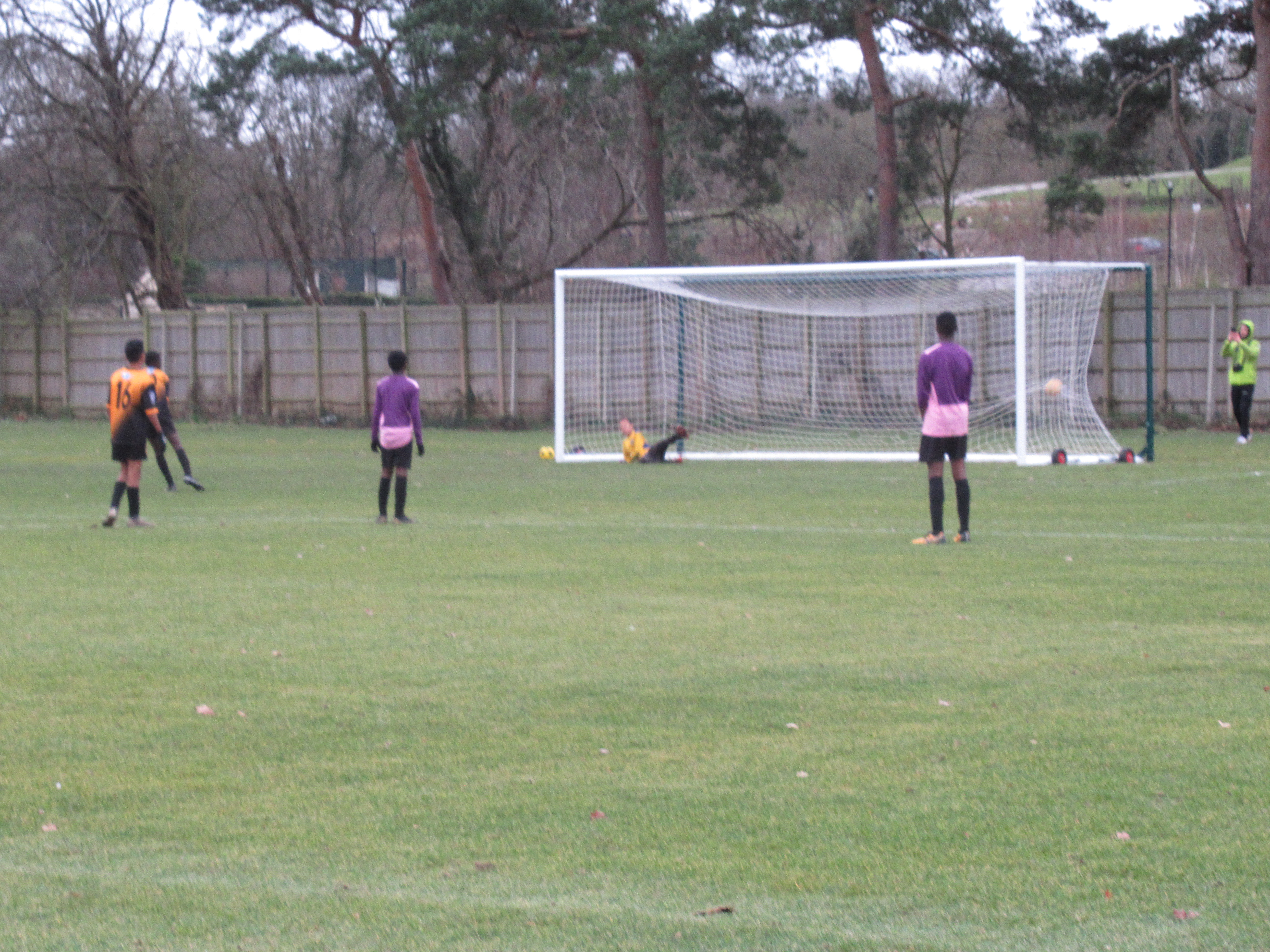 Southwark though never game up and the no 14 turned the ball wide from a left wing cross and then there was a chance for the centre-forward who was played in but was denied by a good save by the legs of George Clary.

Southwark had deserved a goal for their perseverance and came when from the right the ball was played into the area and the no 10 cushioned a pass to the centre-forward who fired low into the net.

Cray looked to respond and Kpaka shot over and then from a free kick, Henderson Russell’s shot went straight to the keeper.

There was renewed hope for Southwark when they too were awarded a penalty following a foul just inside the area and the no 14 despatched the spot kick confidently and it was now 4-2.

There would be no further comeback as Cray finished the game strongly and Kpaka played a fine ball out to the right to Husthwaite who took the ball round the keeper but the angle was tight and fired wide of the right post.

Then Husthwaite was unlucky to see a shot Kevin De Bruyne fashion crash back off the right post and over and would have been his second spectacular goal of the game.

Finally the game ended with another Kpaka shot from 20 yards go over and Senyange was unlucky to see his near post shot go fractionally over the top but Cray had done enough to win and make it 7 wins out of 7 and stay level on points with Glebe who have played three games more than the Wands. 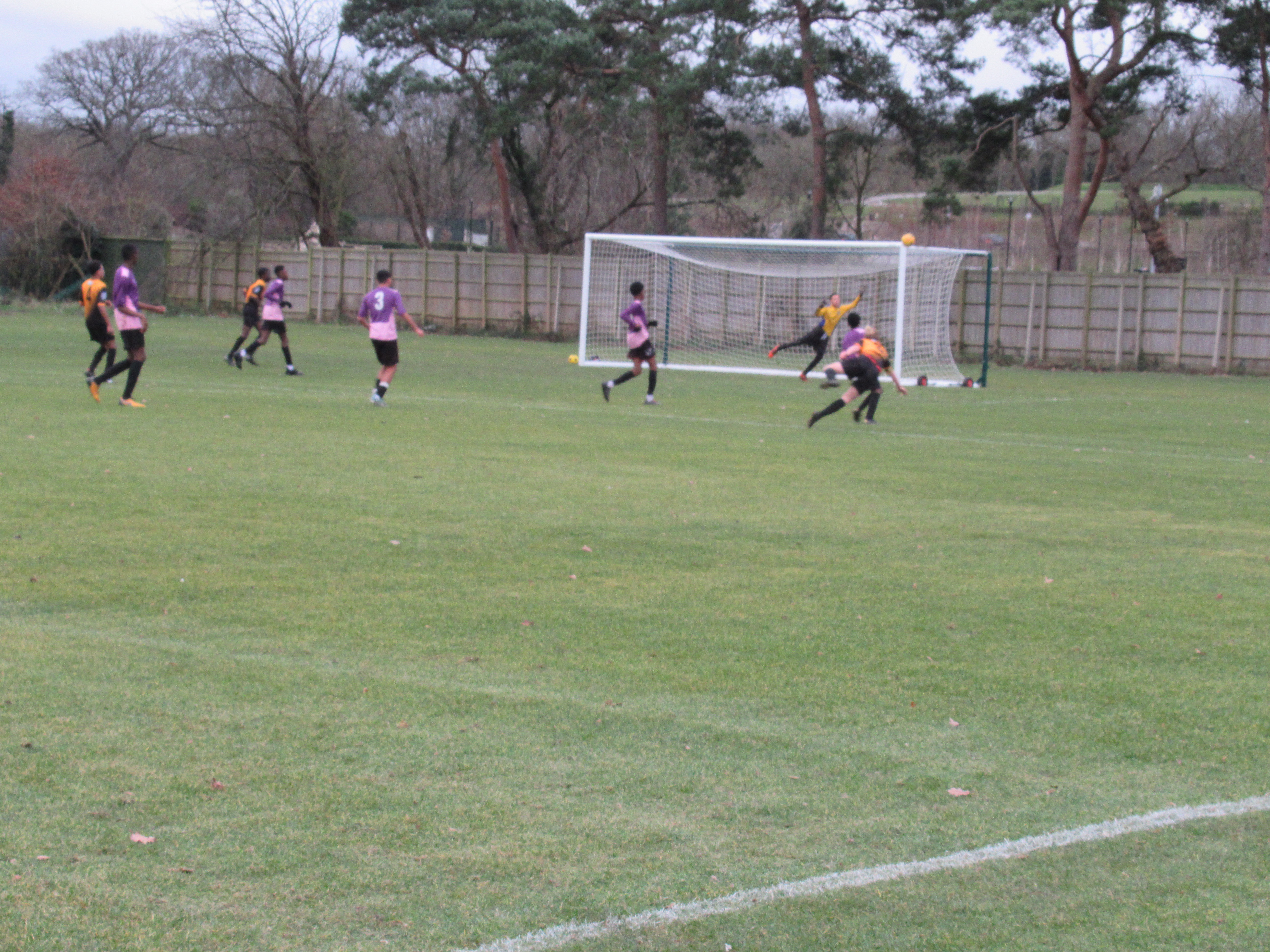 A piece of history had been made and this superb side has been together for a few years now and gets better and better and time flies by so quickly some of these players could well be future first-teamers. 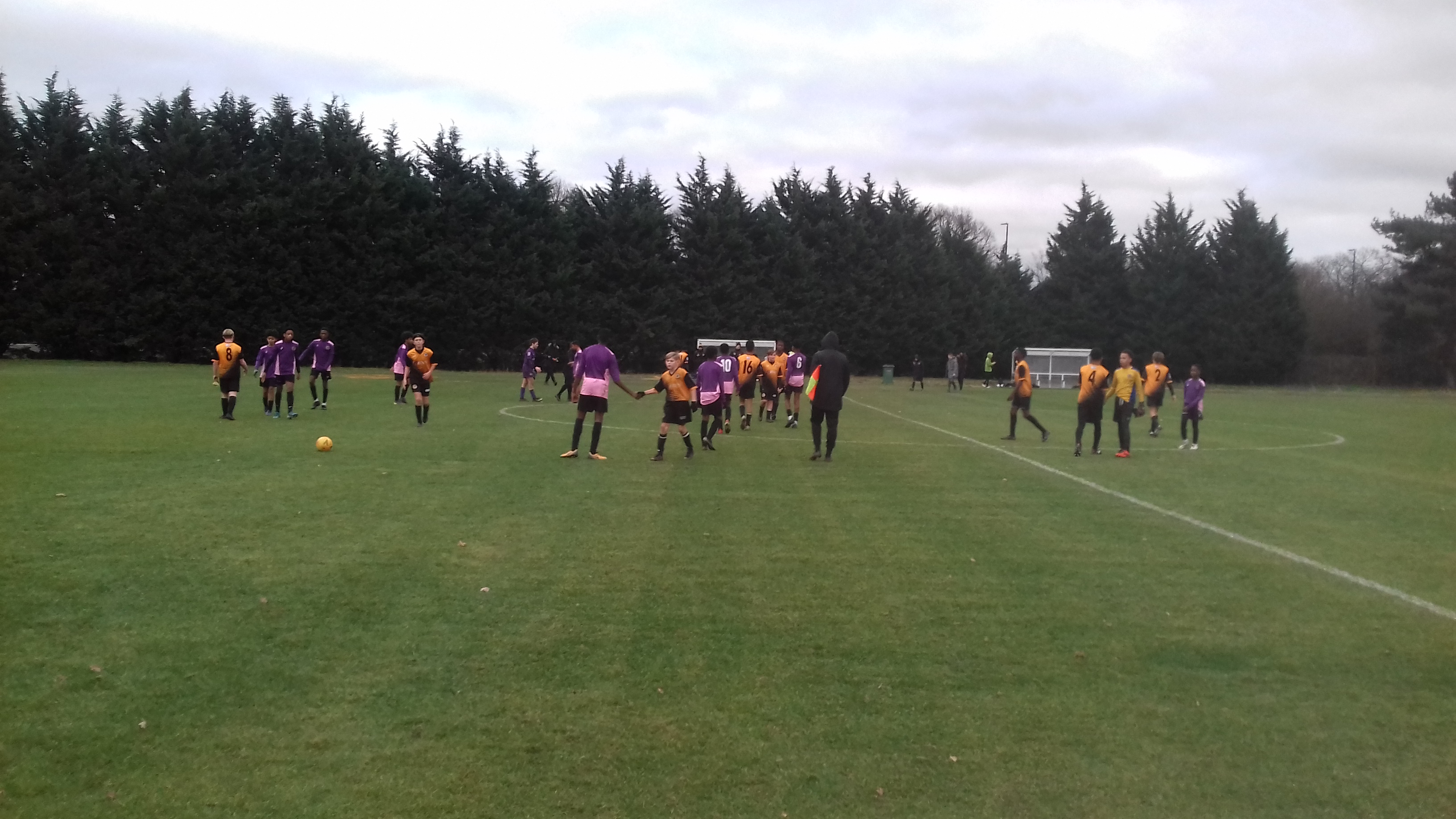 League and cup football returned for our Youth teams after the Christmas/New Year break on Sunday.

The Cray Wanderers U18s had been without a game for a little while and were away in the Kent Youth League North Division at Stansfeld U18s.  Cray won the game impressively 5-1 and pictures from the game are posted here courtesy of andyshots.com and the KYL. 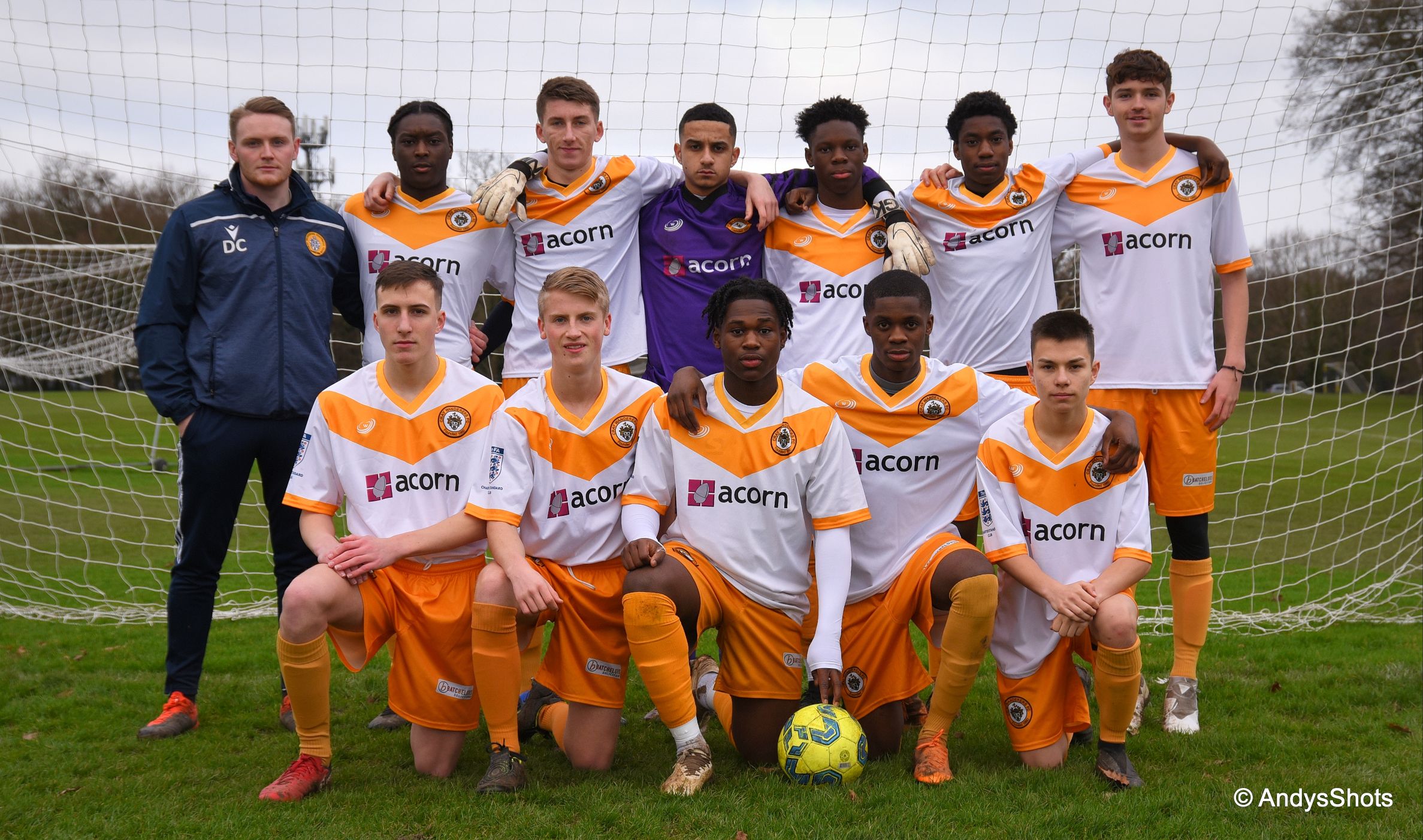 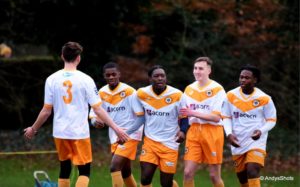 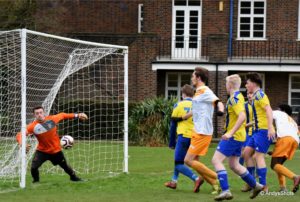 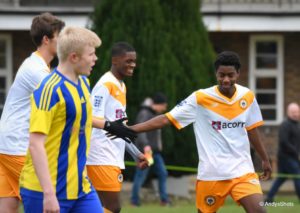 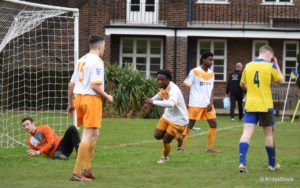 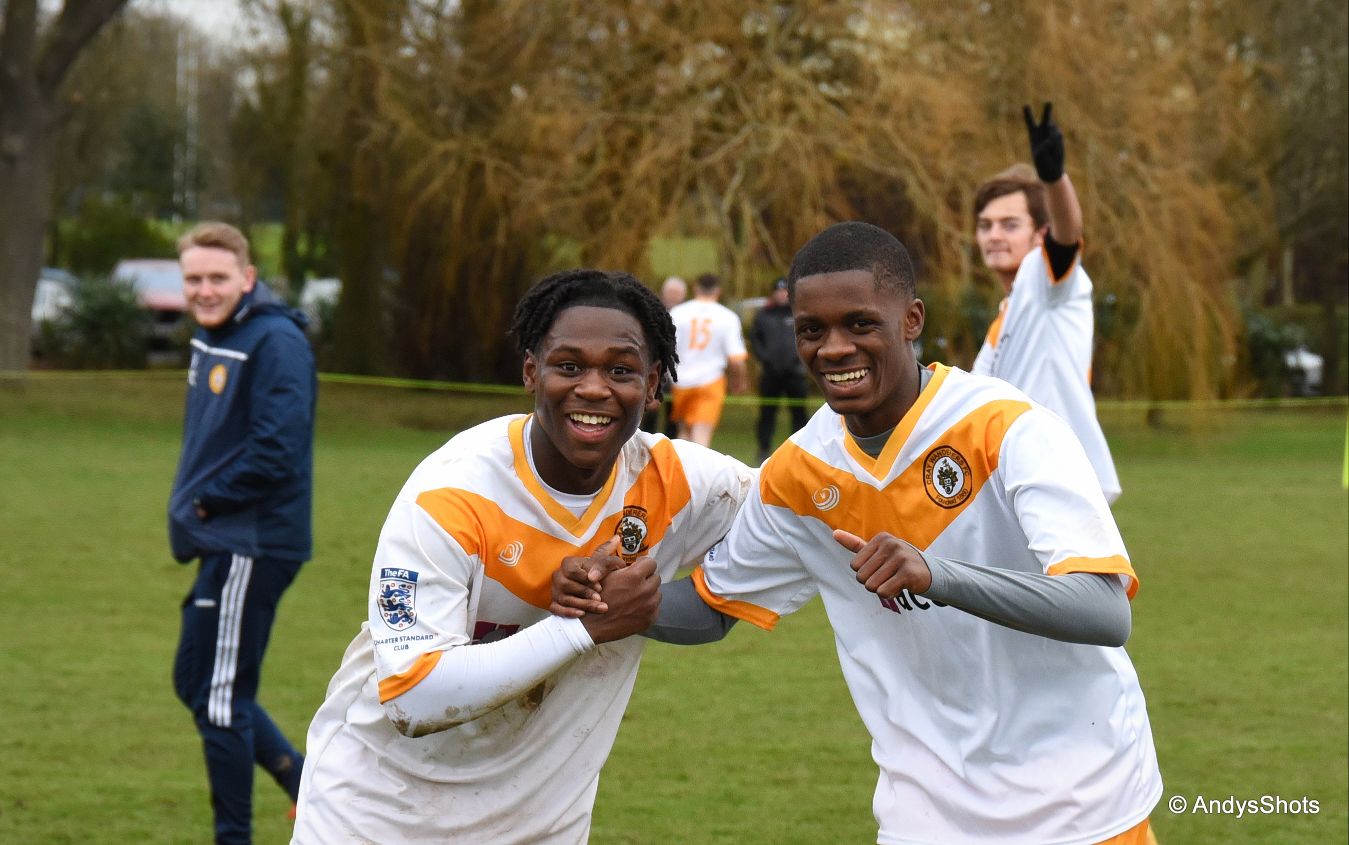 The Cray Wanderers U13s who have had an excellent first season in the Kent Youth League continued their cup assault on two fronts and made it through to their second semi-final of the season after a tense 1-0 win at home to Folkestone Invicta in the Quarter Final of the Kent County Cup. The winner came in extra-time and the visitors also saw a penalty kick saved.  This sets the Wands up for a possible semi-final with Bromley, Metrogas or Margate U18s.

The U14s were beaten in the Kent County Cup losing 1-2 at Langton Green while the U15s who had been on a great recent run were beaten 0-1 at home to Sheppey United in the North Division.

In the Selkent League, the U15s are through to the 2nd Round of the Selkent Cup after a 7-1 win at London Legends Advanced. They will now be away to Athenlay in the next round.

The U12s in the Premier Division carried on their good form with a 4-1 win at Farnborough OBG.  The Wands are up to 5th in the table but have played less games than others in the division.  The U11s Lions have been playing well all season and were 4-2 winners against Swanley Rangers.  The U11s Piranhas were beaten 1-2 at Vikings Red.  The U8s won both their matches 6-1 and 3-2 to start the year in great style.

Well done to all our teams who played this weekend and we hope you enjoy 2020 and your football.