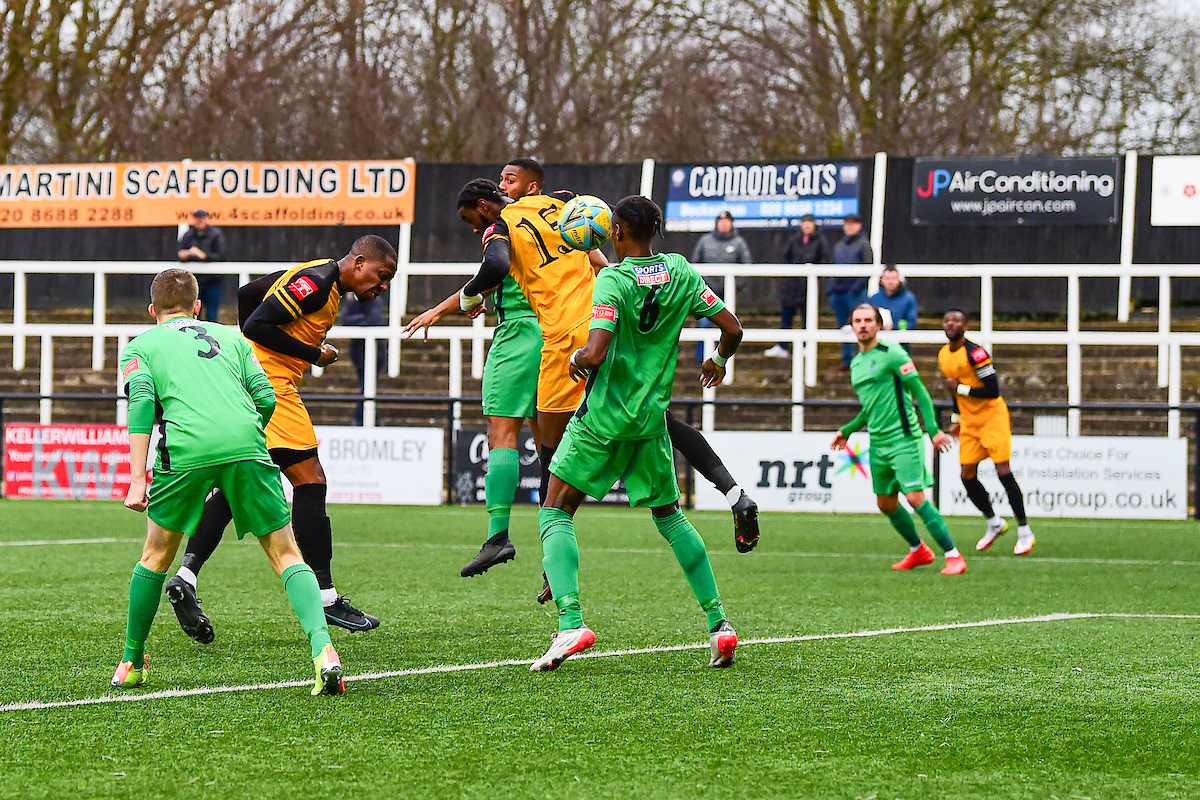 Cray will be looking to halt a four game losing run but will have to be at their very best to beat an Enfield Town side who are 4th in the table and had won six in a row before a surprise defeat to Brightlingsea Regent last Saturday.

The Wands go into the holiday period in 21st place on 32 points level with Leatherhead but with a better goal difference and a point behind Merstham in 20th.  East Thurrock on 34 points are 19th while Brightlingsea who visit 3rd placed Hornchurch are 18th with 36 points.  On Saturday Merstham are at home to Bognor Regis Town while East Thurrock entertain Wingate & Finchley. Leatherhead are at home to Folkestone Invicta.

It was always going to be a tough game on Sunday against a strong Hornchurch side but Cray did create chances especially early in the second half with Chris Dickson, Anthony Cook, Sam Wood and Jamie Yila all coming close to scoring but couldn’t take them while Hornchurch did take theirs and ended up 5-0 winners which was a bit hard on Cray at the end.   There were some good performances from the likes of Yila, Jedd Smith, Wood and Kyel Reid all playing well and there were opportunities off the bench for Soul Kader and Harvey Browne late on giving them game time. 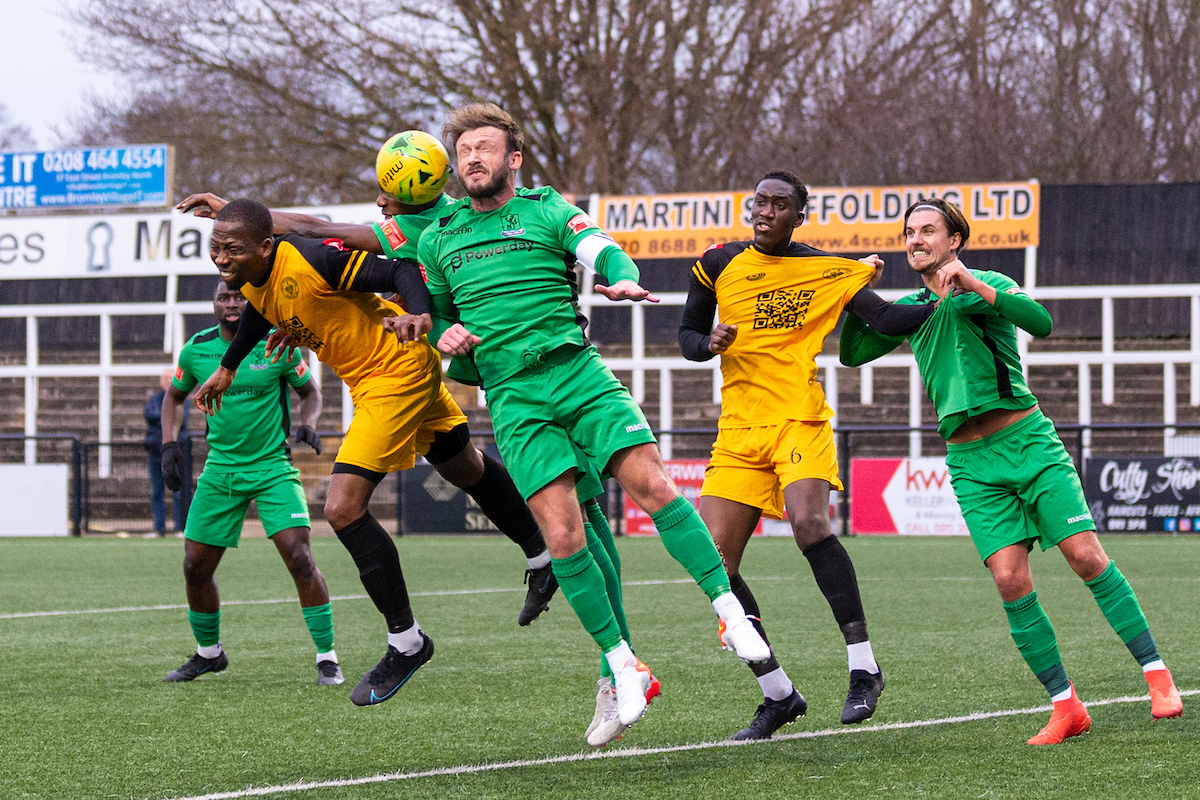 Although it has been a tough start for Neil Smith so late in the season and with injuries to the likes of Cameron Brodie and Joe Wright in recent weeks hasn’t helped but there are still three games to go and the home game with East Thurrock United on Wednesday 20th April to follow will be a massive match but there is still a chance that Cray can preserve their Isthmian Premier status for next season.

Enfield Town have had an excellent campaign and completed a league double over Hornchurch and been very strong at home with 15 wins, 1 draw and only 3 defeats.  Andy Leese’ side are on 77 points, a point behind Hornchurch and four behind 2nd placed Bishop’s Stortford.  Enfield are eight points clear of 5th placed Cheshunt who are a point ahead of Lewes and Folkestone Invicta.  Last Saturday, Jake Cass’s goal gave Enfield the lead at Brightlingsea before the North Essex side came back to win with a 90th minute goal.

Cray though gave a fine performance when the two sides met on 4th January at Hayes Lane when the teams drew 4-4 with Cray leading 4-2 at one stage with goals from Dickson, Yila, Brodie and an own goal while Andre Coker, Lyle Della-Verde and two goals from Lewis Taaffe meant the eight goals were shared.  The Wands though had a great win the last time the sides met at Enfield on 25th January 2020 when Cray won 3-2 with two memorable Charlie Allen goals and an injury time Jay Leader header. 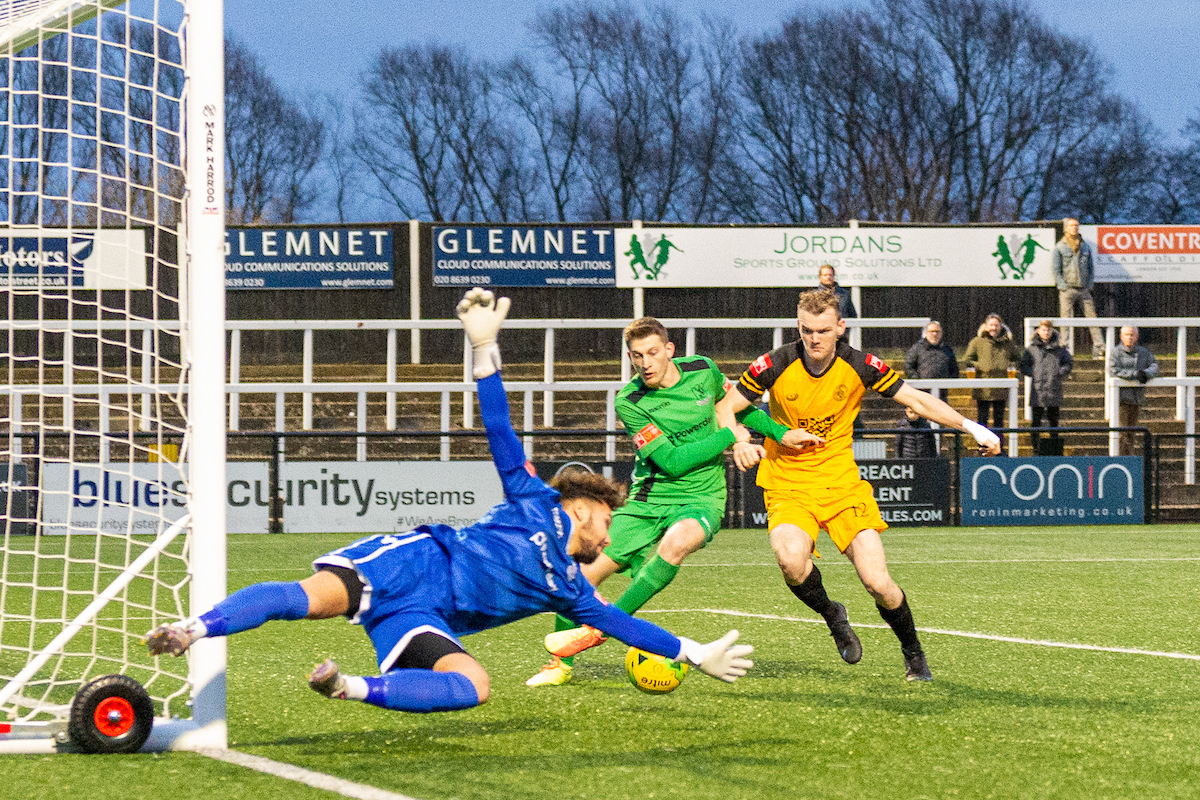 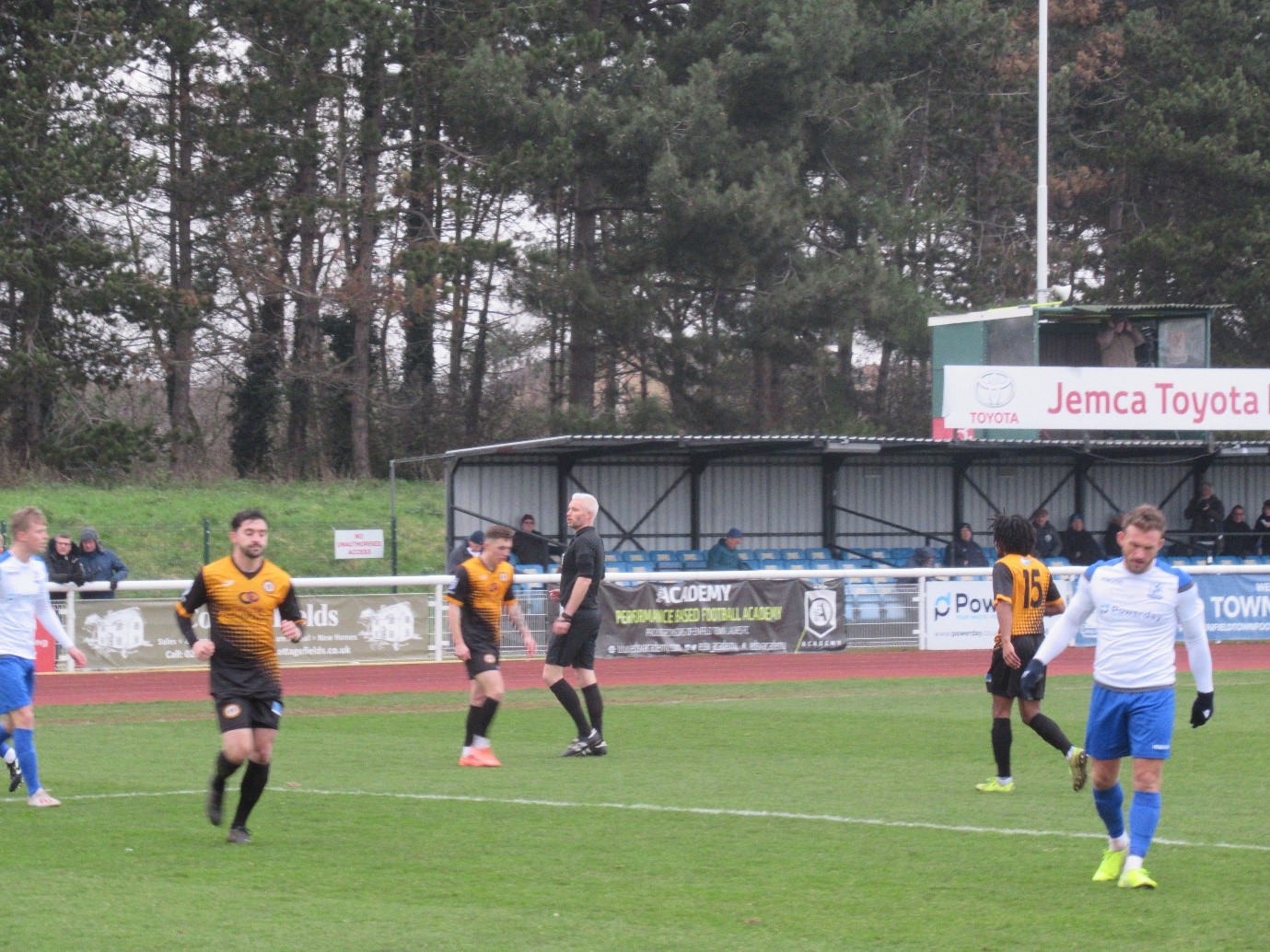 Certainly the fixture computer served Cray with a tough end to the season with a trip to Bishop’s Stortford to come on 23rd April but a great test of character for the side to rise to the challenge and clinch the points needed to move out of the bottom two. 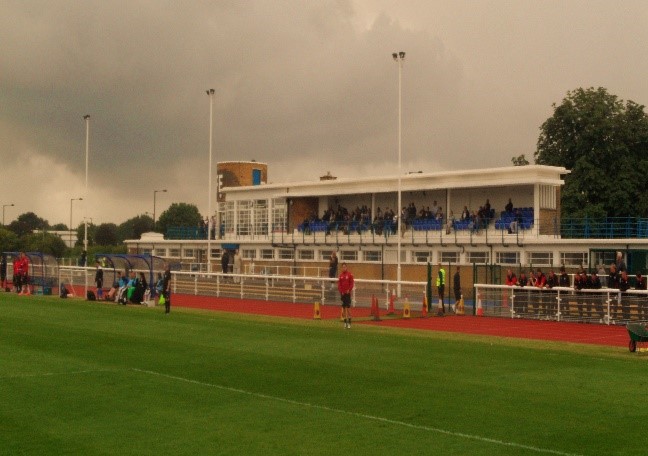 From the Cray’s maybe not the quickest but should take 55 mins and a 29.4 miles journey. Head to the A20 and then follow on to the A2213 and follow for 0.8 miles then veer left onto the A2. Keep right to continue on to Blackwall Tunnel Southern approach for 3.4 miles and then once through the tunnel to the Northern Approach/A12 for 6.9 miles. Take the A406 (N) exit towards M25 (West)/M11/Loughton for 0.3 miles and then merge onto the N Circular/A406 for 4.1 miles. Keep right to continue on N Circular Road/Walthamstow Avenue/A406. Follow the A406 for 2.6 miles then take a slight left on to the A10 slip road to C. London/Dalston/Hertford/Enfield/M25/Potters Bar/A111.

After 0.2 miles take the 4th exit onto Great Cambridge Road/A10 for 3.4 miles then turn left onto Carterhatch Lane at the Halfway House pub (now a Toby Carvery), Donkey Lane is first left after the pub.

You are more likely to go to Enfield Town station which is about a mile from the station. From the station walk east on Southbury Road/A110 towards St. Andrew’s Road.  After 0.3 miles, turn left onto Ladysmith Road and after 0.5 miles turn right up the footpath for 0.2 miles which leads to the ground.  There is no tube station in the immediate vicinity but you could technically head up the Northern Line to say Southgate, Oakwood or Cockfosters but you might have to consult local buses to get you there.

As the game takes place on Good Friday perhaps best to check train times before hand but at this time trains are running. From London Liverpool Street trains leave for Enfield Town on the hour and half past the hour and takes 33 minutes to get there.  Returns are at 23 and 53 past the hour.

If you are looking for somewhere to drink then the clubhouse at the ground on past visits has been very good and welcoming. There is the Halfway House on Great Cambridge Road which is in effect now a Toby Carvery which might be worth a drop in being so close to Donkey Lane. Otherwise there seems to be a few in Enfield Town to choose from. There’s O’Neills, the Crown and Horseshoes (Horseshoe Lane), The Cricketers (Chase Town Place) and the Jolly Butchers (Baker Street) amongst a plethora to choose from but probably best to stick close to the ground.  I know some of you only live for Fish and Chips and the nearest chip shop is Salsar Fish Bar on Southbury Road.