A note for all supporters that the FA have announced the constitution of the non-leagues from Step 3 for the 2022-23 season.

Cray Wanderers after the late season drama keep their place in the Isthmian Premier and please see here the full list of teams the Wands will be playing against next season. 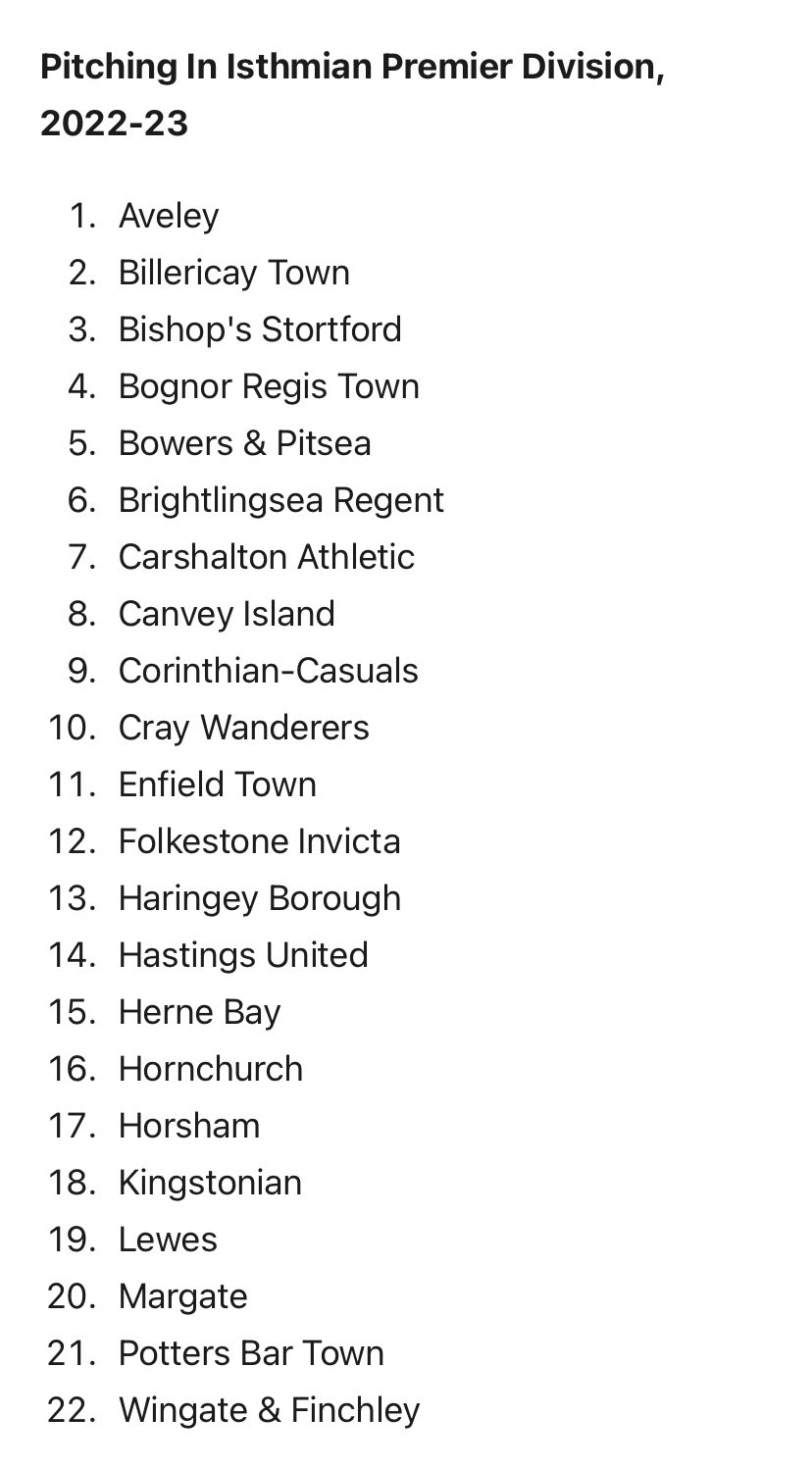 Newcomers from last season are Billericay Town who were relegated from the National South, Aveley and Canvey Island, promoted from the Isthmian North.

Please see here a link to the Isthmian League website with the full details of the four Isthmian Leagues including the South-East division which sees Beckenham Town, Chatham Town and Sheppey United, all of whom Cray have had great battles in the Kent League days promoted from the Combined Counties League and SCEFL respectively.