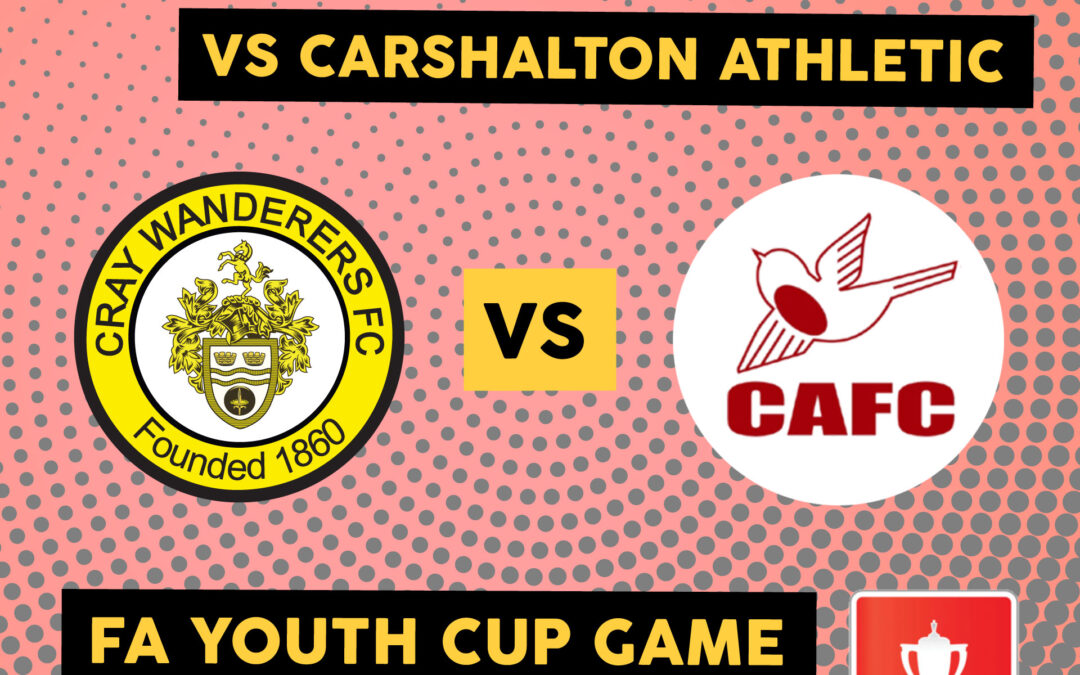 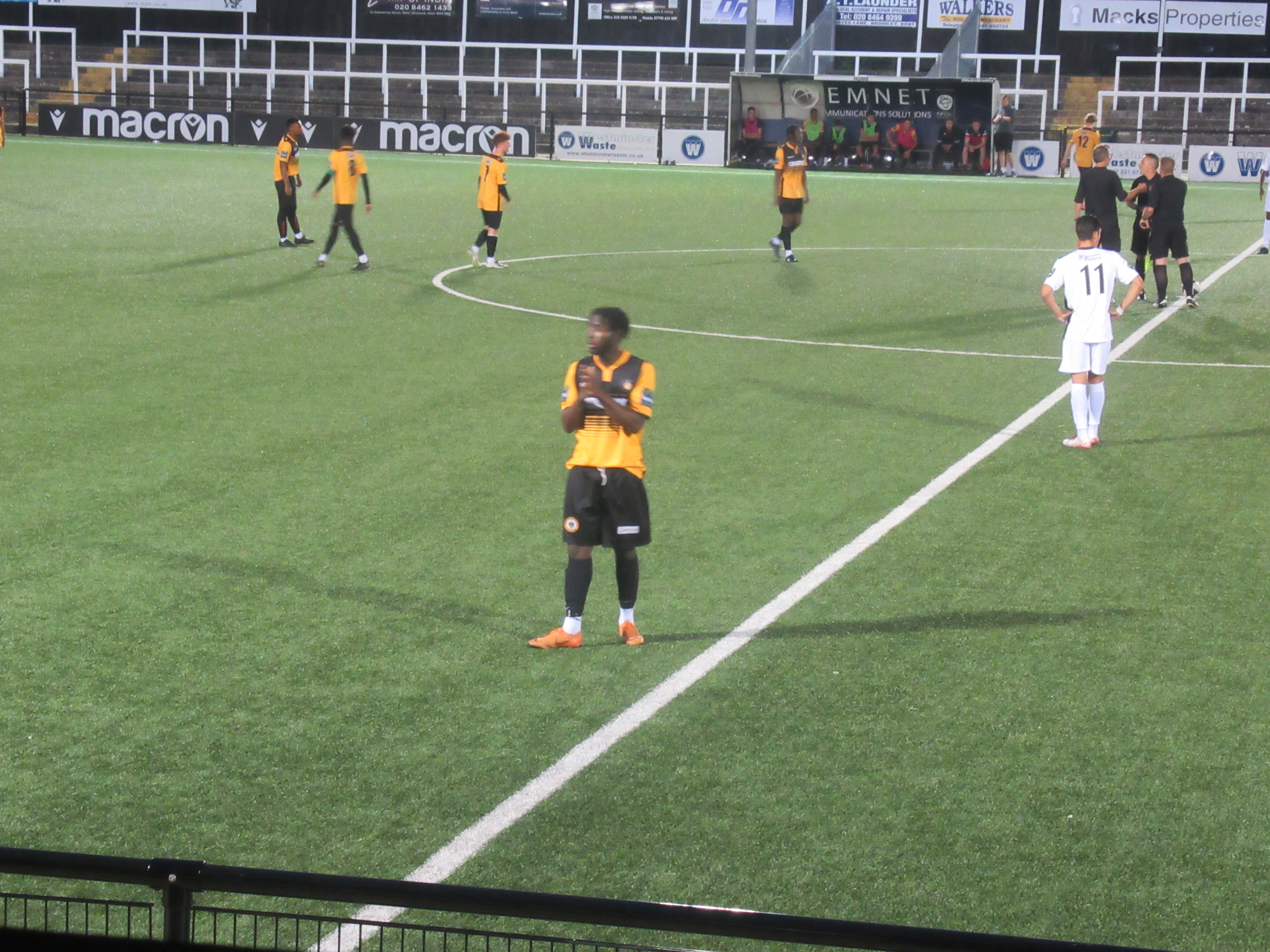 Cray Wanderers U18s first competitive game of the 2020-21 season ended in defeat as Carshalton Athletic advanced in the FA Youth Cup with victory on a mild evening at Hayes Lane.

The young Wands team played with great endeavour and put on a good show but the Robins were sharp in front of goal and scored their goals at key times in the match when Cray were playing well.

Cup nights under the lights are always exciting and with an air of mystery and the new look U18s team managed by Darren Grover started the game on the front foot and was an evenly matched first quarter of an hour with chances at a premium. 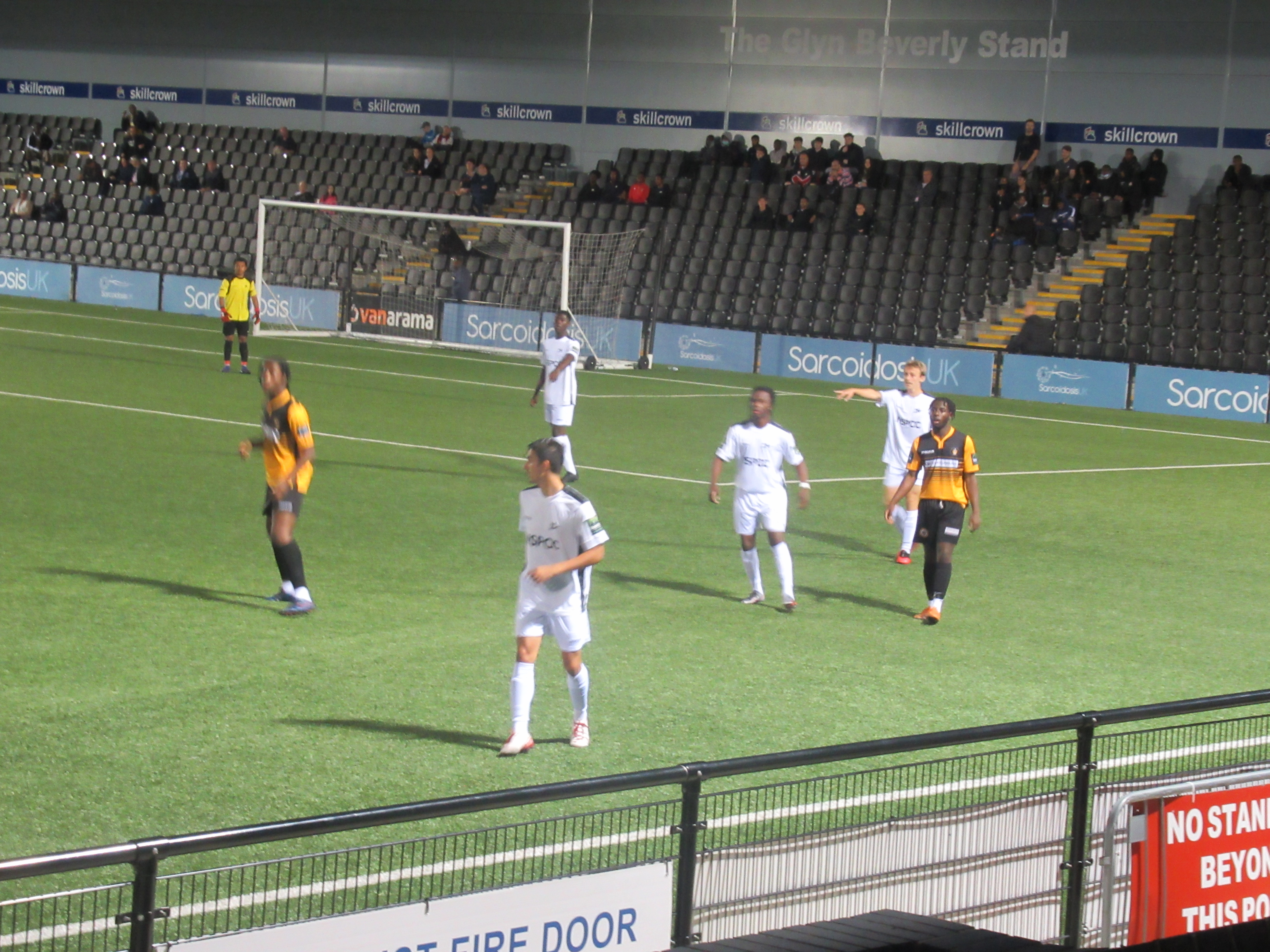 Carshalton though with their first real opening took the lead in the 17th minute when the ball was worked down the right and the ball came to Oreole Bello who from 20 yards hit a well struck shot which gave Roman Hall no chance in goal to save.

Cray looked to come back into it and Abdul Bittar shot wide from 25 yards while at the other end Bello fired over from an angle from Muqisa Hodasi’s cross.  Then Callum Harris fired over the top from a free kick for Carshalton.

The Wands were unlucky not to level when Stefan Abatan down the right, cut inside and drove a well struck cross-shot across goal and wide of the left post with no-one able to apply a touch. 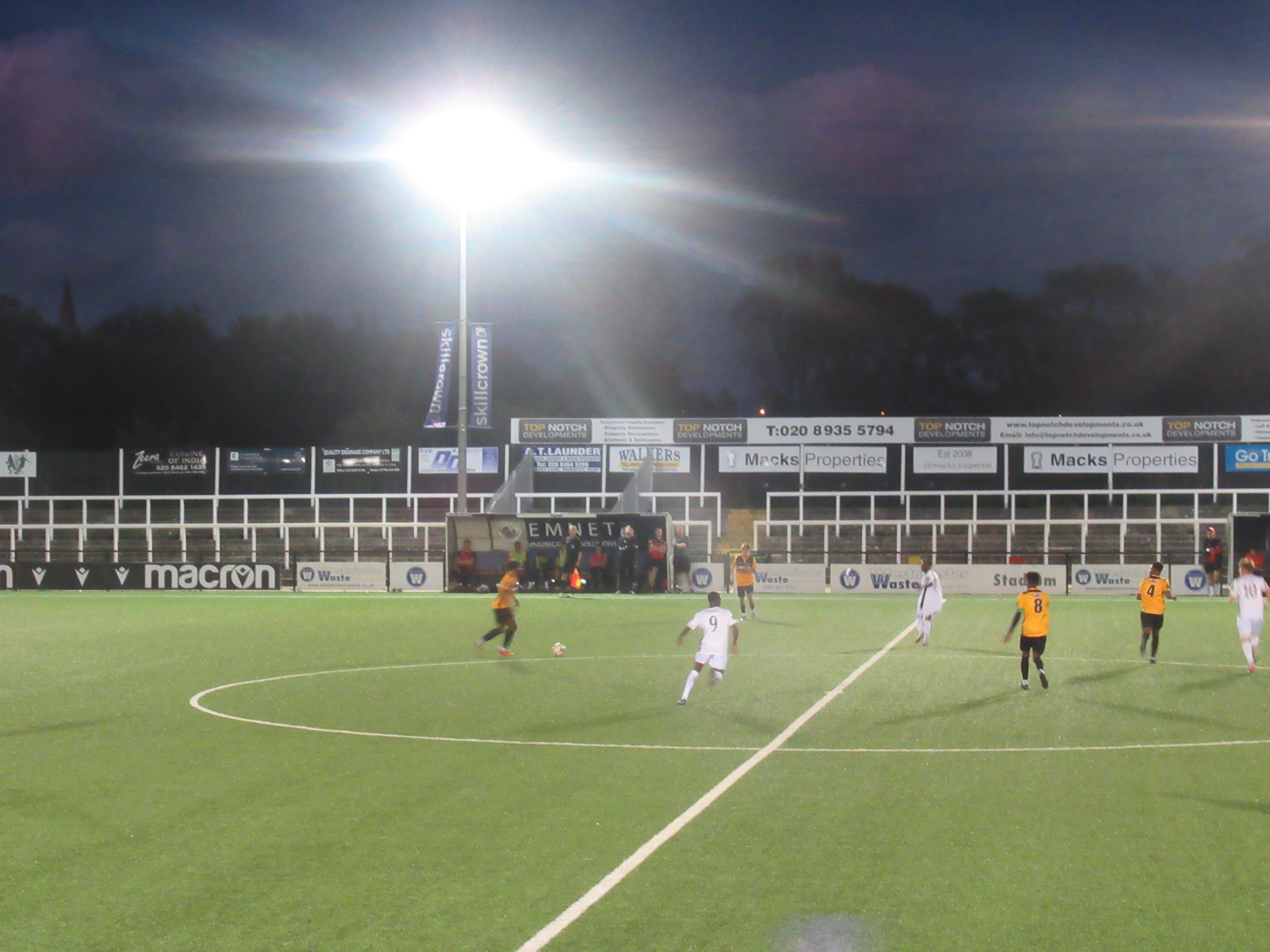 This was followed by a key moment as Rahman Adaja’s shot from just inside the area was pushed on to the right post by Robins’ keeper Joseph Parker and able to claw the ball away from the line. A goal then would have given Cray a huge boost and were having their best spell of the game. 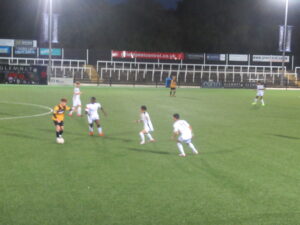 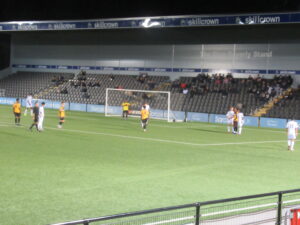 Carshalton though ended the half well and Oscar Boateng fired over from distance and then in injury time, scored a second goal when again the ball was worked down the right and Bello set up Hodasi, who played for Cray in this competition last season who hit an angled drive high into the top left corner to give Carshalton some comfort at the break.

Any hope of a Cray comeback were dashed just after half time as firstly, Hodasi volleyed over the top and then in the 48th minute, the Wands were punished for hesitancy at the back and Bello nipped in, rounded Hall and tapped the ball into the net.

Cray though never gave up the chase and battled hard to get a foothold in the match and looked to reduce the arrears and Bailey Dell Martin tested Parker with a curled effort from 20 yards. 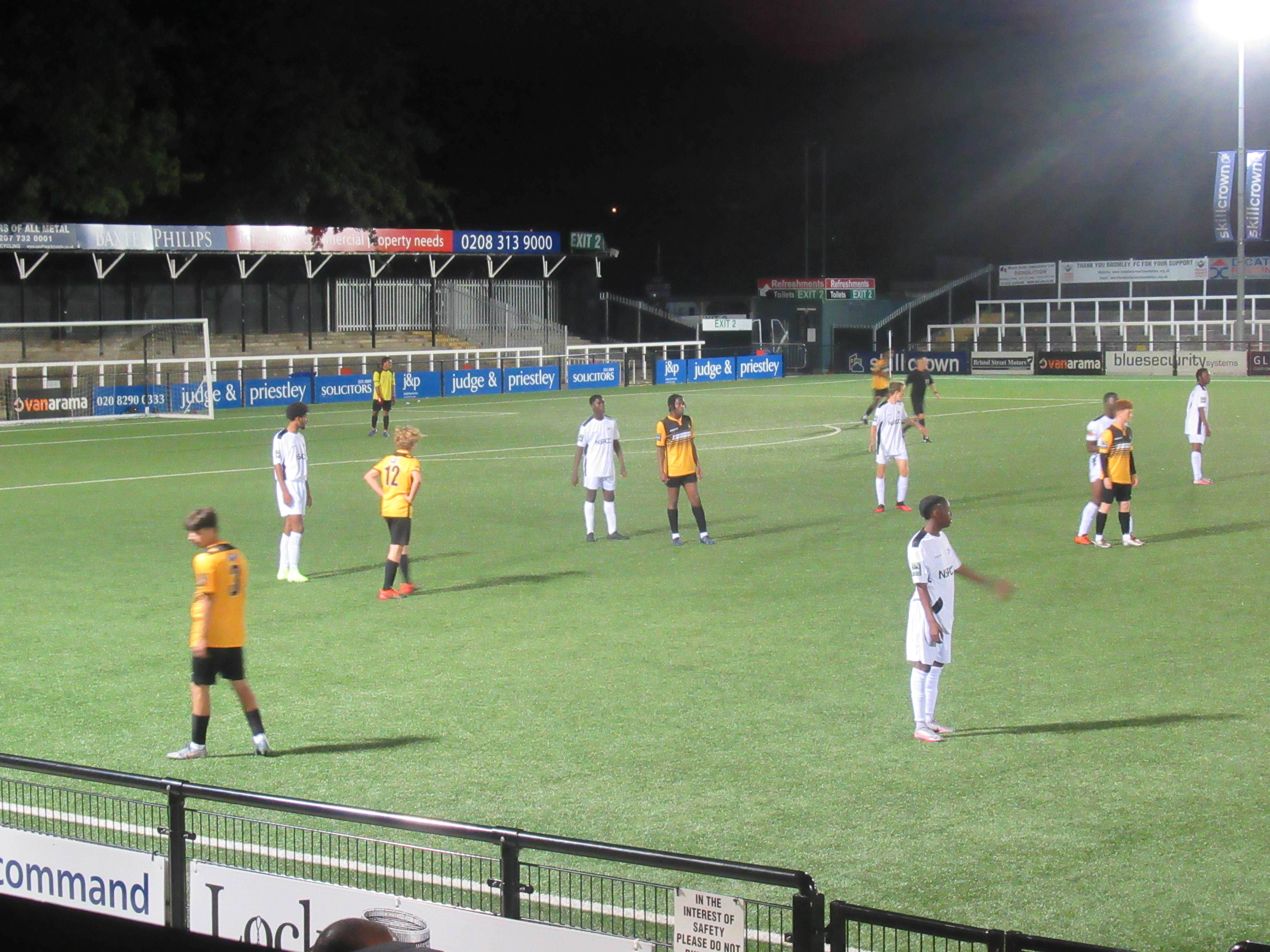 Then from a corner down the right, Dell Martin’s cross just glanced off the head of Abatan and wide of goal.

Carshalton looked to end the game on a high and from a corner Hodasi’s cross to the far post was headed wide by Marc Gbailovlida.

Finally, in the 86th minute Carshalton scored a fourth goal when a corner from the left was floated into the six yard box and Gbailovlida made no mistake forcing the ball home from 3 yards out.

Cray though had worked hard, competed well and can at least now start their Kent Youth League season on Sunday at home to Bexley with a competitive game under their belts and hopefully look forward to a successful season. 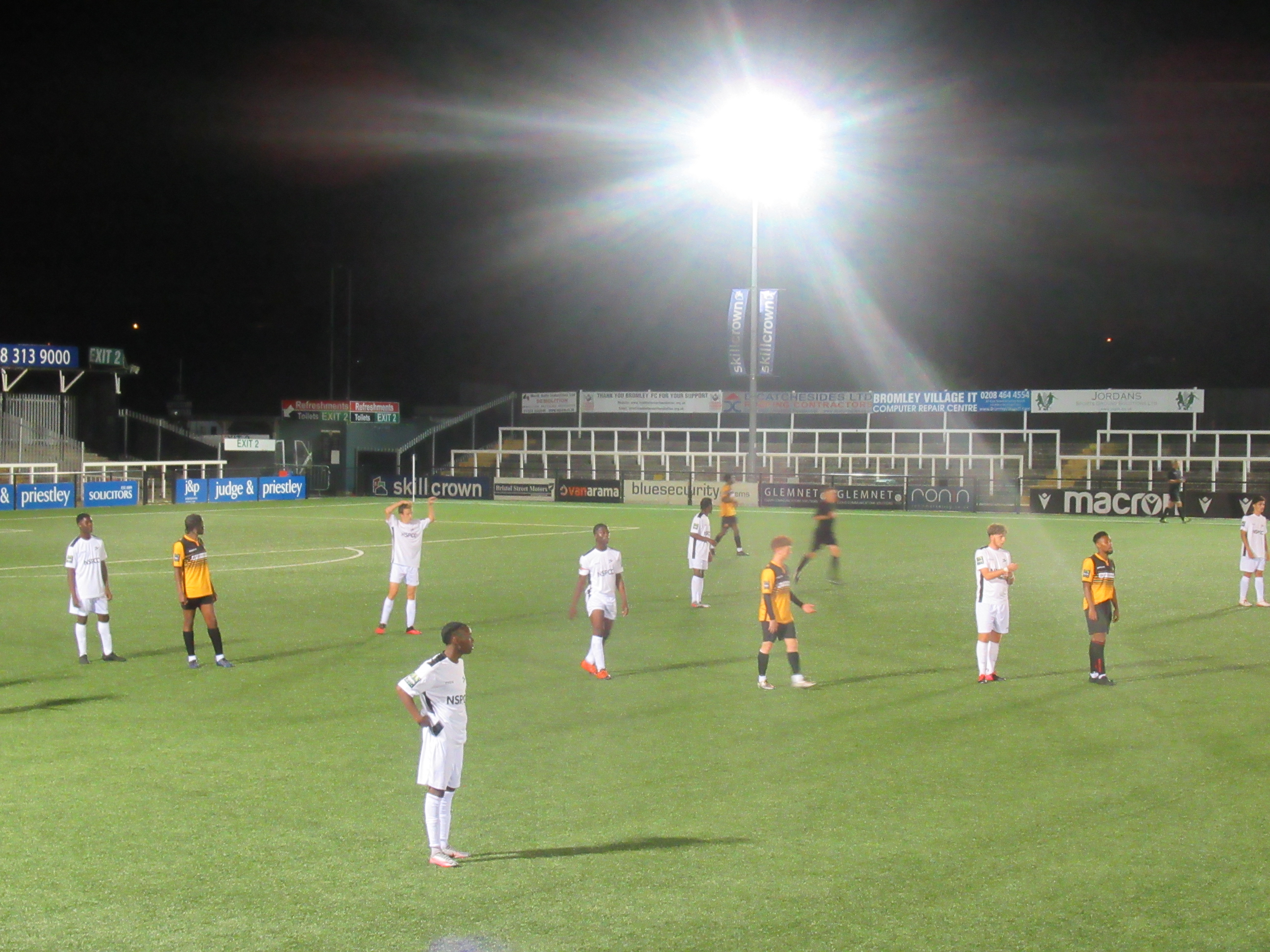