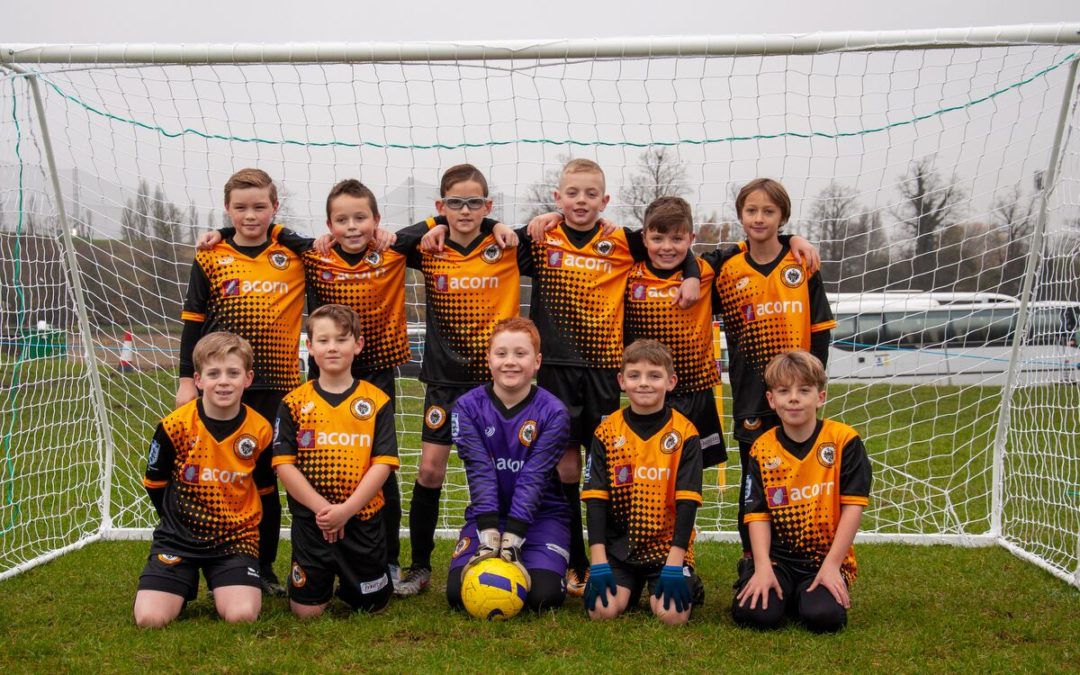 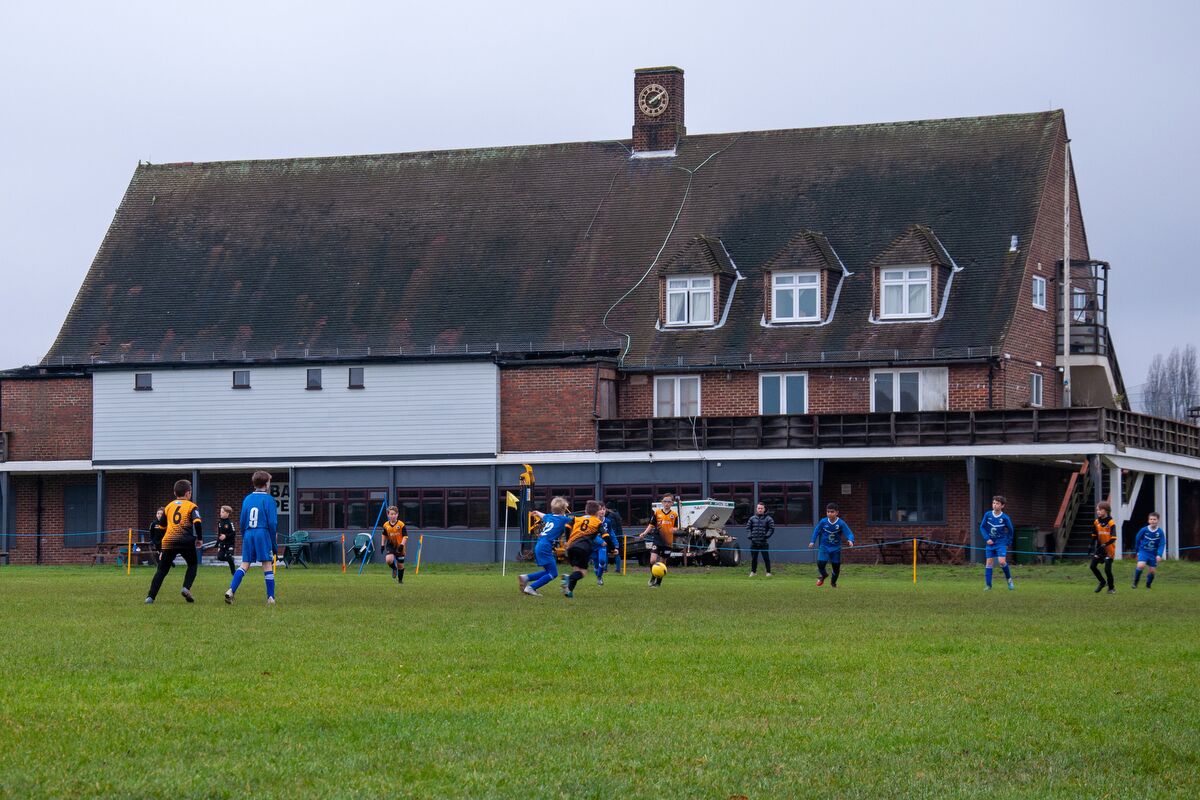 Cray Wanderers embarked on a piece of history on Sunday 24th November as the U10s became the first Cray Wanderers Youth side to play at Flamingo Park and it was certainly a dramatic game as visitors Kent Football United came back from 0-3 down to win 4-3 and end Cray’s unbeaten start to the season.

Despite the defeat there was much to commend Jason Ellis’ side on their performance and they certainly felt at home in their new surroundings by scoring three times in the opening quarter of an hour and also hit the crossbar before the Kent Football United fightback.

On a grey but dry and fairly mild morning Cray began the game with intent and took the lead just two minutes into the match when the first goal at Flamingo Park was scored by Archy Newland.  The ball was worked down the left and Archie Russell cushioned the ball to Newland who fired a low shot past the keeper and Cray were off and running.  1-0 to Cray. 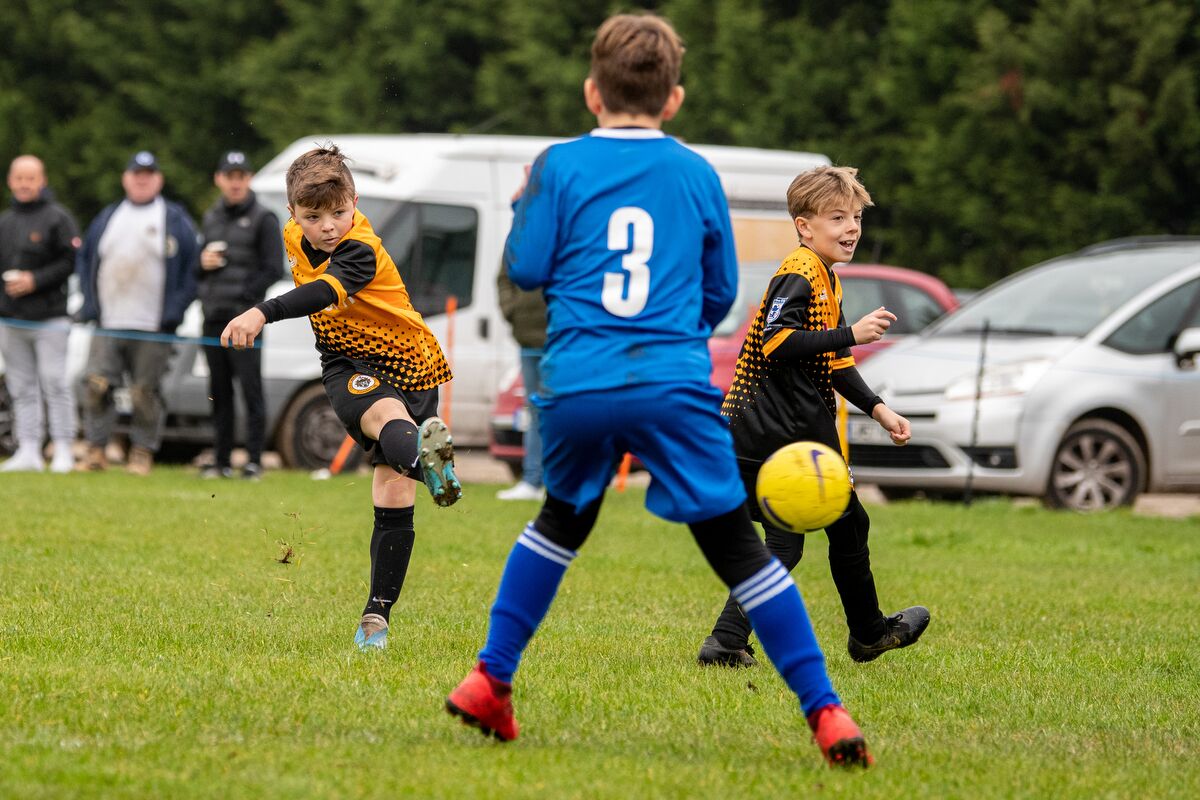 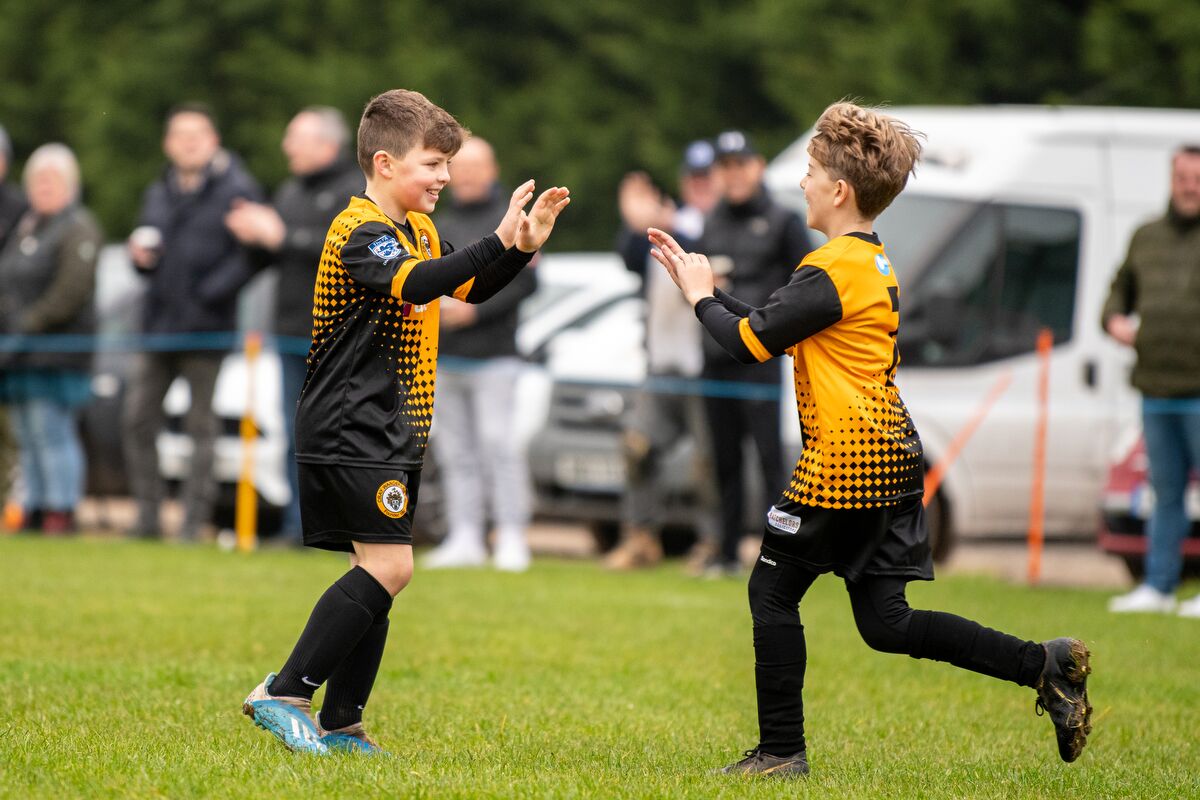 Cray were very positive in the early stages and a good run forward from Liam Ellis ended with a shot which went just wide but they didn’t have to wait long for goal no 2.  Newland and Ralfie Nicholas combined to put Oliver Moran through down the left and his ball across found Nicholas who slotted the ball into the bottom left corner.  2-0 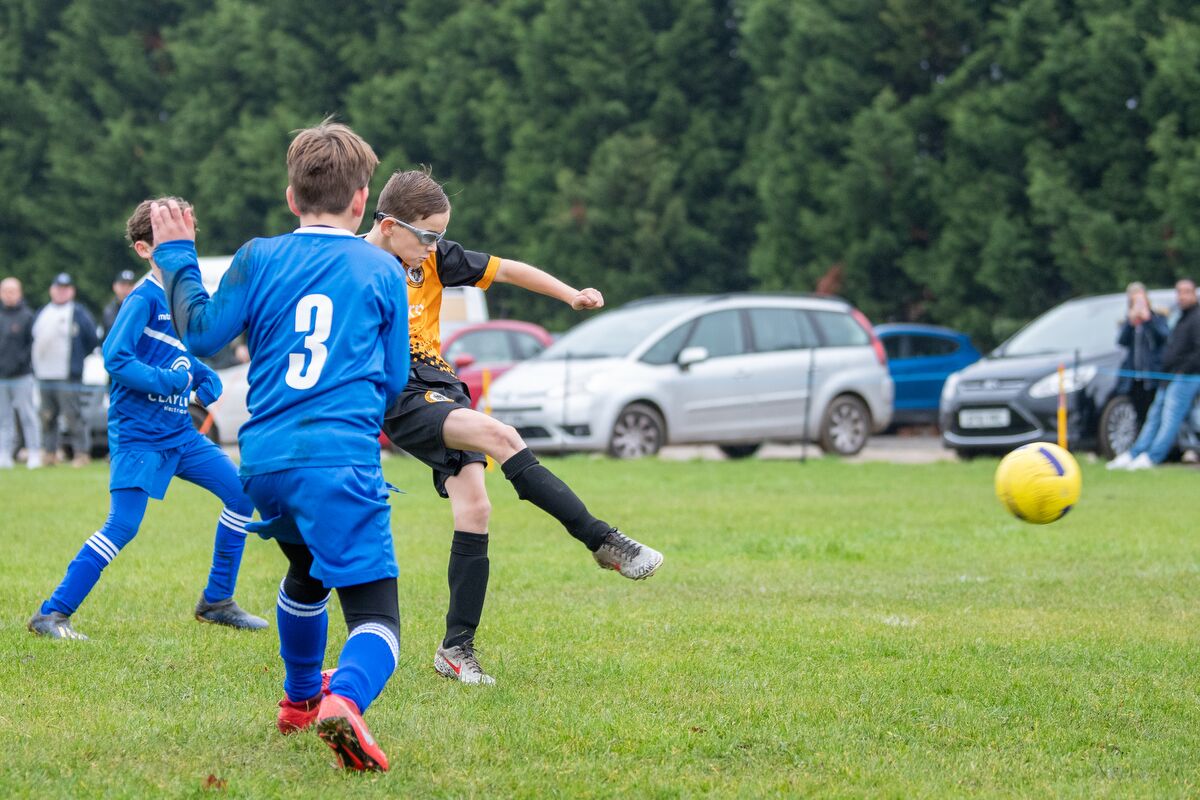 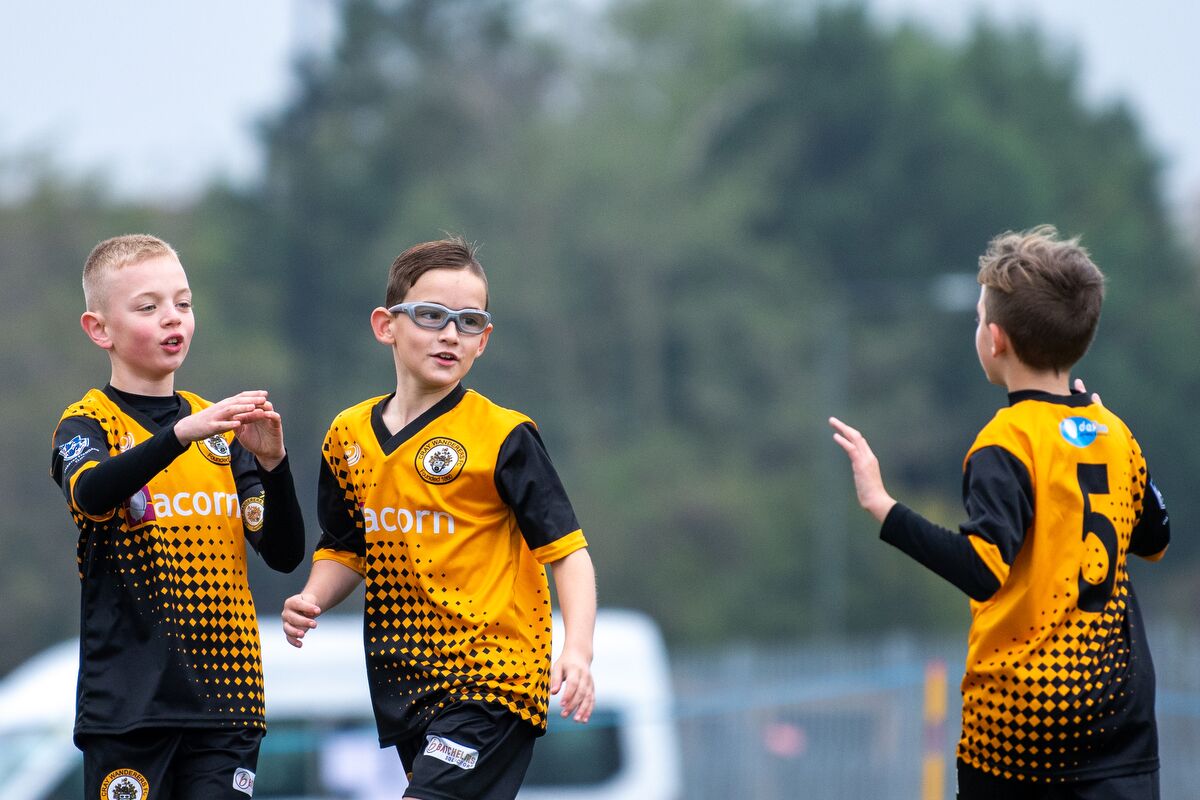 Two minutes later it was 3-0 when Ellis again found Moran and another good ball across from the right was met by Archie Russell who got to the ball before Nicholas to crash home another classy finish.  3-0 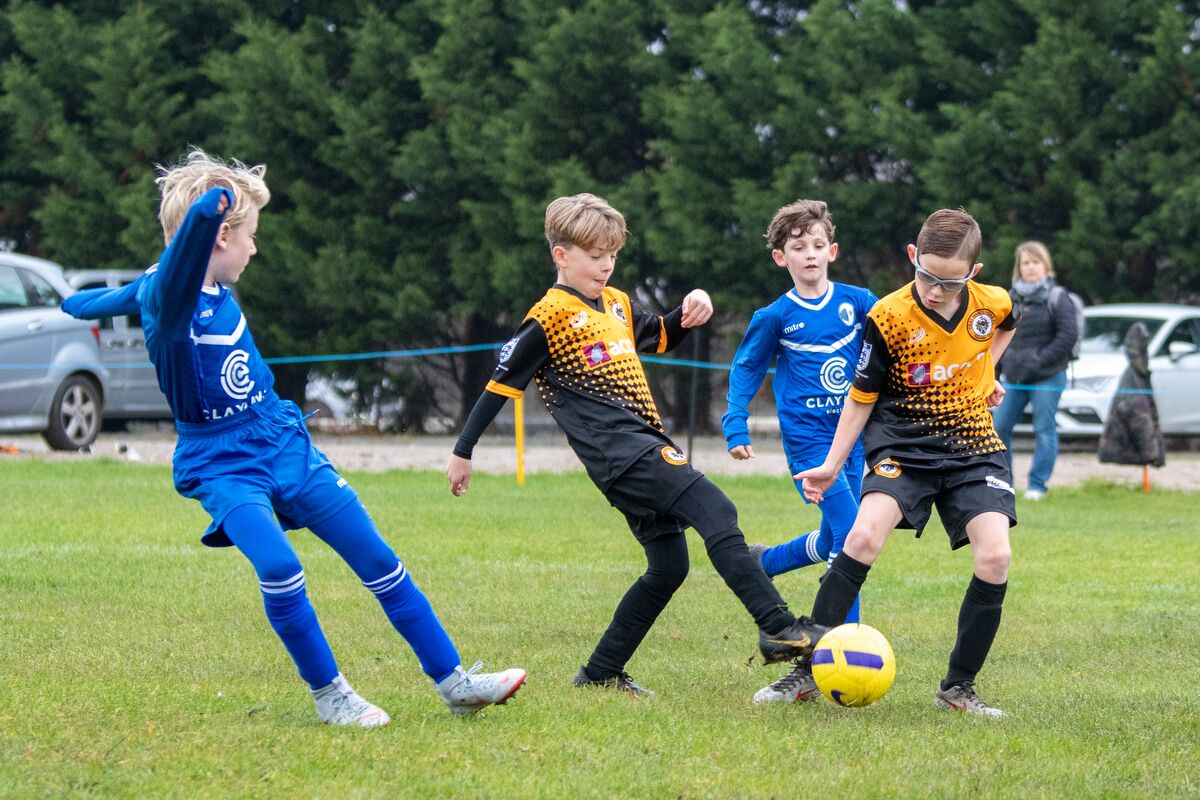 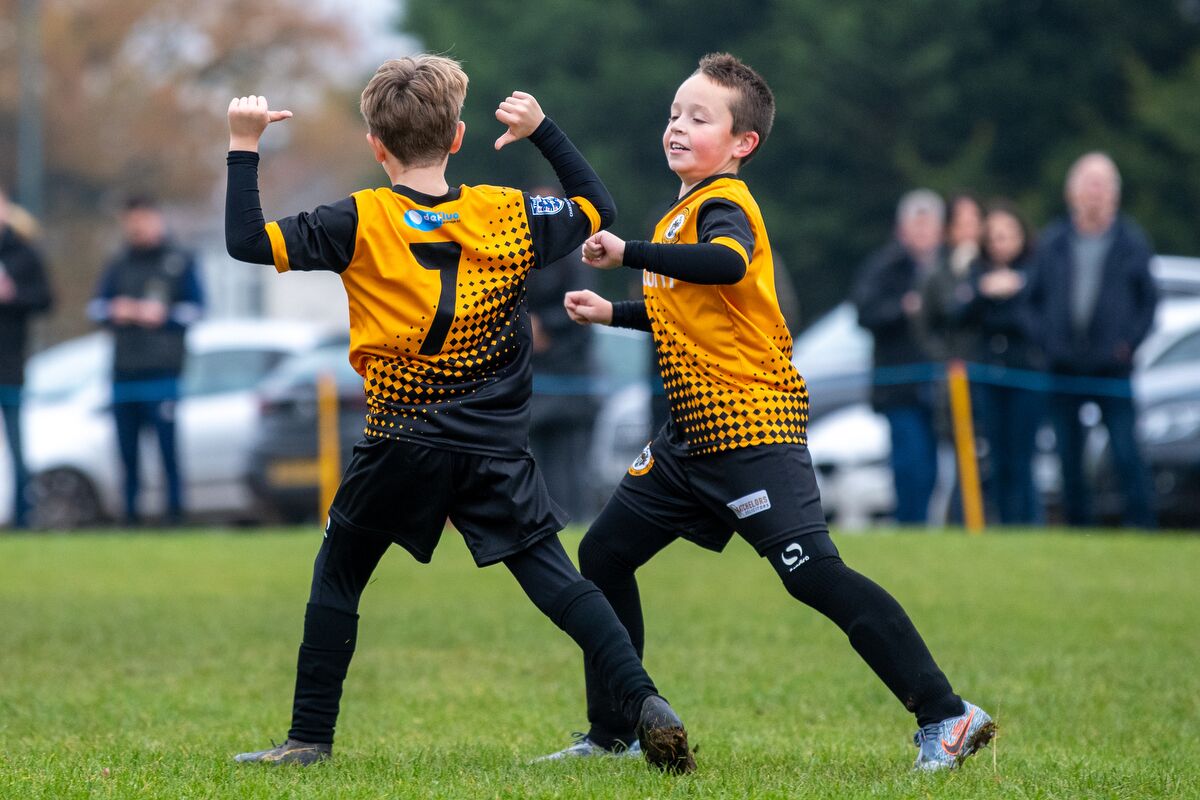 From here KFU showed their intent and the no 9 saw a shot pushed out by the keeper and then from a corner the no 3 turned the ball wide.

Perhaps a key moment of the game came shortly after when Moran was quickest to react following a corner and hit a shot which cannoned back off the crossbar and back out into play.

KFU seized on that let off when from a free kick, the no 11 saw his shot pushed out well by Sam Foreman but the no 3 was on hand to shoot home from the rebound to make it 3-1.

Cray looked to hit back and Moran and Ellis both came close but before half time KFU pulled a second goal back when the no 7 from just inside his own half lofted a shot towards goal which flew into the top corner to make it 3-2 at half time.

The second half saw a sea change with KFU getting on top and the no 11 broke through and shot just wide and then the no 9 hooked an effort wide.  For Cray, Newland flicked a header towards goal which was claimed by the keeper.  Then from another corner, the ball came to Ellis whose shot from distance was again held by the keeper.

The game became level once again ten minutes into the half when the no 9 fired in a cross shot which Foreman did well to push out but the no 11 got to the ball first and from a tight angle down the right managed to work his way into the area to tap the ball in.  3-3

Virtually straight from the kick off KFU went in front when again the ball was worked down the right and the no 11 scored his second of the game when he found space in the box to score.  3-4

Cray now had to seek a leveller and pushed forward in the closing stages and won a number of corners and Newland saw a volley on goal deflected off Russell and through to the keeper.  Then from a Nicholas throw in the ball came to Newland who shot over the bar.  The last chance for Cray came in the final minute of the game when from a left wing corner, the ball came to Moran inside the area but turned the ball wide.

Despite the defeat there is much to commend this team who play with a smile on their face and you have to give credit to KFU who worked hard to get back into the game and defended well once they went in front.  Cray have not been used to defeat recently but they will surely bounce back and return to Flamingo Park next Sunday against Danson Sports Blue and if it is a game as good as this one then it will be a real treat. 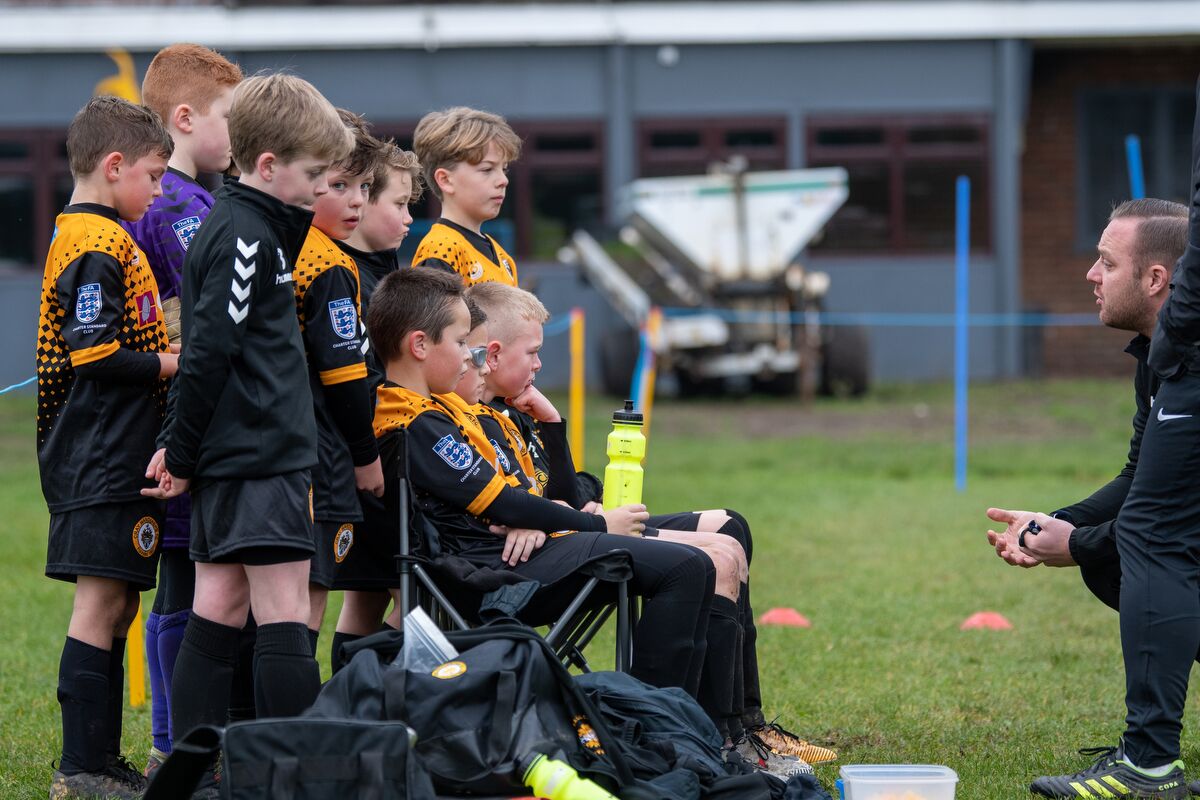 In many ways the result was irrelevant but in years to come the players will be able to look back on a piece of history that was made and the start of a bright future for Cray Wanderers.

Also this weekend saw the start of another chapter for the club as on Saturday 23rd November, the first team began training at Flamingo Park for the first time as the realisation is that is finally beginning to feel like our new home, certainly in the development and playing side. 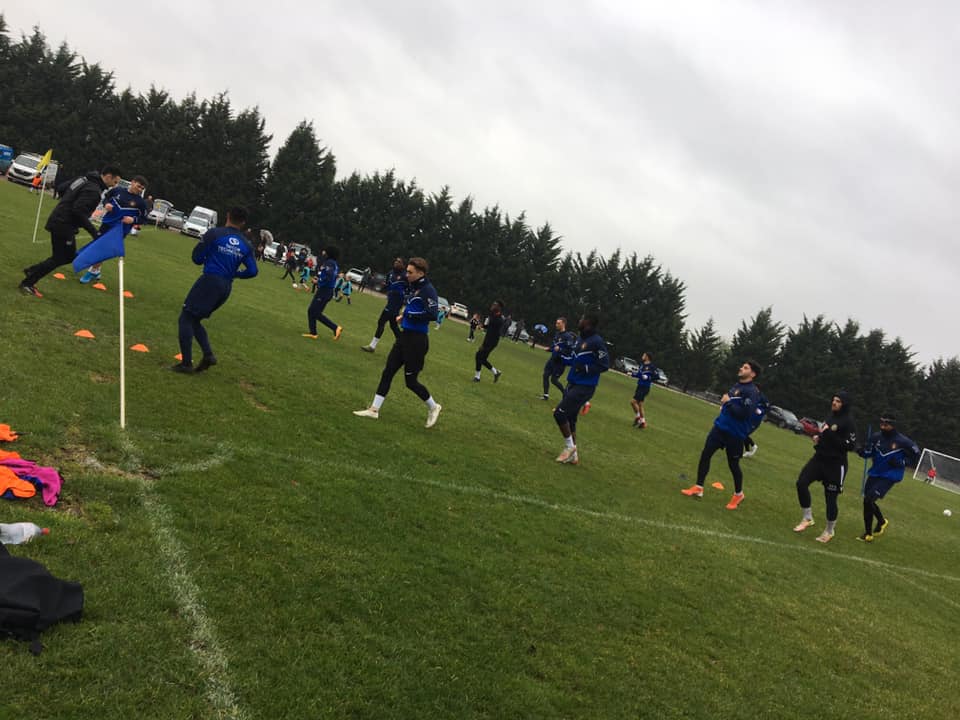 There will be more youth teams playing out of Flamingo Park in the weeks to come with the U18s and U14s due to play there this weekend and other teams to follow.  Things are certainly moving in the right direction.