Cray Wanderers return to league action in November after a stop-start October on Tuesday 9th November as the Wands head to Merstham for the first of five midweek matches in the next six weeks.  Kick off is 7.45pm.

Cray head into the game on the back of a 4-1 victory in the FA Trophy last time out against Kings Langley on 31st October with goals from Anthony Cook, Dean Beckwith, Chris Dickson and Daniel Uchechi. This sets up a tie against Bedfont Sports on Saturday at Hayes Lane. 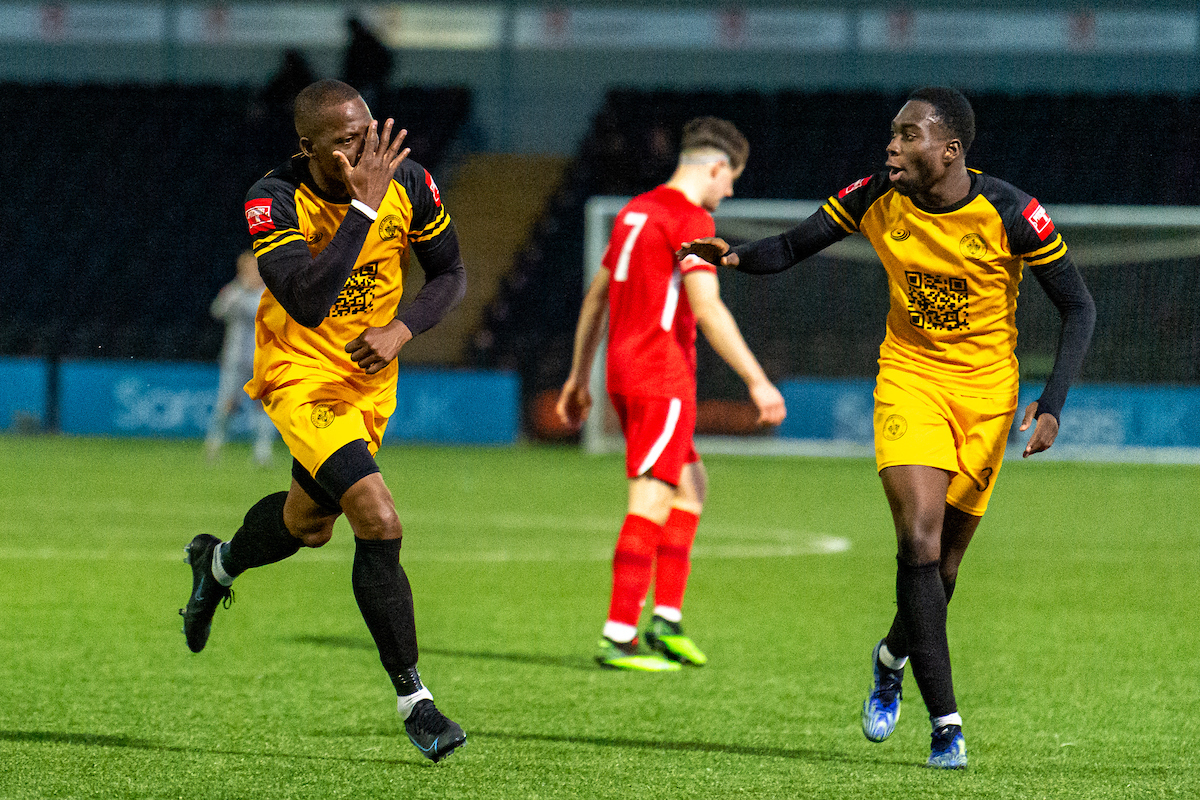 With no game this past weekend, Cray played a behind closed doors match with an Academy side last Wednesday and won 4-2 with goals from Jamie Yila, Adam Coombes, Jack Hanson and Richard Afrane-Kesey. 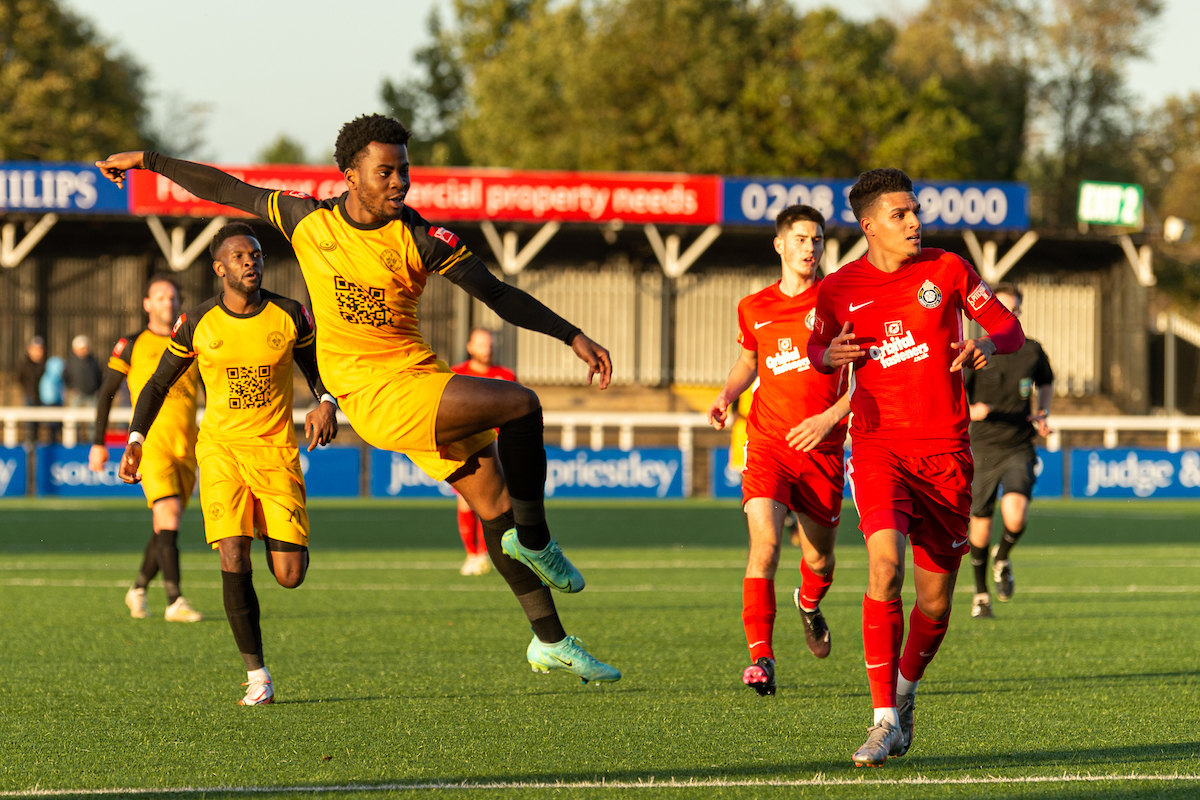 Cray come into the game in 17th place in the Isthmian Premier League table after 11 games and with quite a few games to catch up in November and December there are plenty of points available to start climbing the table and hopefully Danny Kedwell will have a settled team, free of injury which blighted the early weeks of the campaign.  Certainly against Kings Langley the team looked well balanced and debutants Richie Danquah and Jai Reason made the team look more solid. 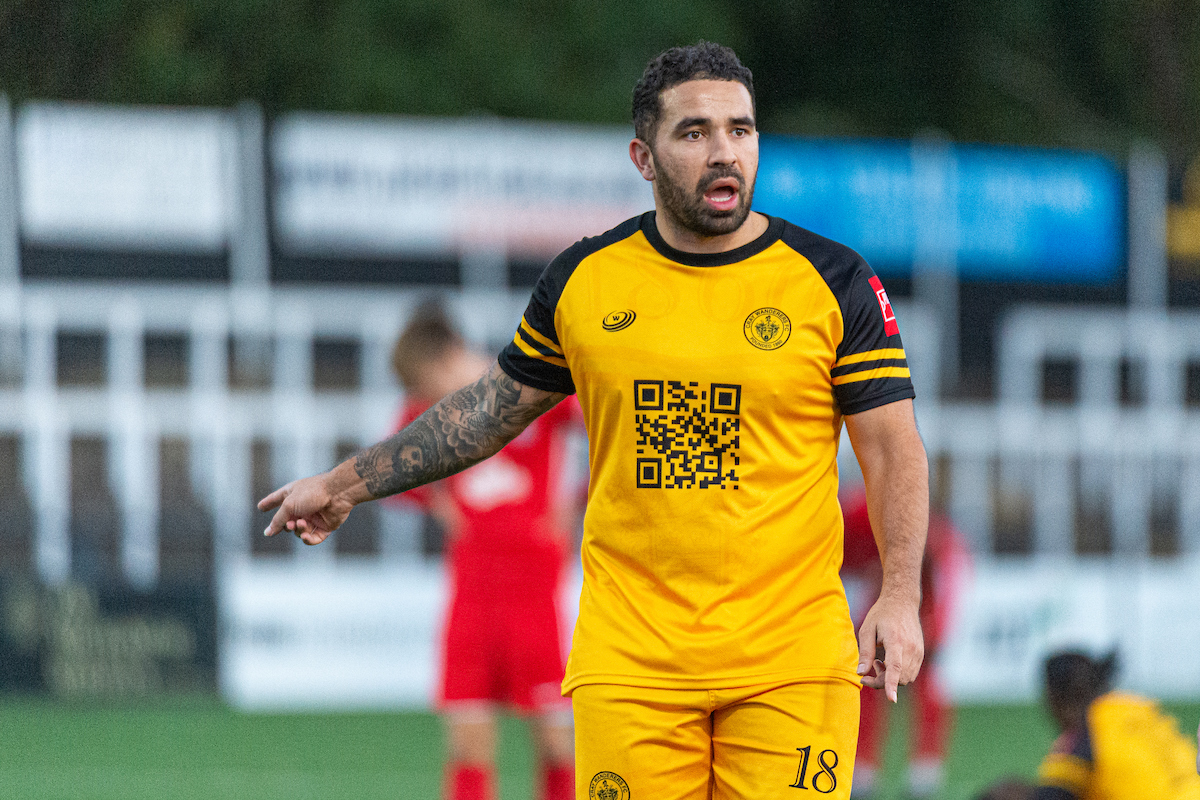 The Wands opponents Merstham lie 13th in the table with 18 points from 14 games and although they have lost their last two games in league and cup had a decent October and won three league matches in a row including home wins against Haringey Borough and Bowers & Pitsea. Frank Wilson’s side were beaten 0-1 at Hornchurch in their last match on Saturday.

Their home results have seen victories against Potters Bar Town (1-0), Haringey Borough (5-0) and Bowers & Pitsea (4-0). The y were beaten by Folkestone Invicta (0-2), Lewes (1-3) & Margate (1-3). Away from home the Moatsiders won at Cheshunt (1-0), Corinthian Casuals (3-0) & Leatherhead (3-2) and were beaten at Horsham, Kingstonian, Worthing and Hornchurch. Merstham had a decent run in the FA Cup reaching the 3rd QR beating Balham and Margate before losing at home to Hereford.  In the FA Trophy Merstham were beaten at home by Welwyn Garden City in the 3rd QR.

The last time the sides met at Merstham was on 15th October, 2019 which Cray won 2-1 with goals from Joe Taylor and Bradley Pritchard. Cray defeated Merstham 6-0 in the final league game played during the shortened 2020-21 season at Hayes Lane on 28th October 2020 in Cray’s biggest ever win in the Isthmian Premier.

Merstham were founded in 1892 and five years later joined the Redhill & District League where they won five titles between 1926-27 – 1950-51 and then moved on to the Surrey Intermediate League.  They then moved to the Surrey Senior League in 1965 winning the title in 1971-72 and then on to the London Spartan League in 1978, the year that Cray moved to the Kent League.

In 1984 Merstham moved to the Combined Counties League and in 2003 went into the Premier Division, In 2007-08 they won promotion to the Isthmian Division One South as champions and also reached the last 8 of the FA Vase.  They became mainstays of the Isthmian South and in 2014-15 after finishing fourth they won promotion after beating Faversham Town and impressively 3-0 at Folkestone Invicta in the Playoff Final to gain promotion to the Premier.

In 2016-17 they made national headlines by reaching the 1st Round Proper of the FA Cup for the first time and staged a televised tie against Oxford United. 2018-19 was a good season for the Moatsiders who finished in their highest ever league placing of fifth and won 2-0 at Carshalton in the Playoff semi-final. They eventually missed out on promotion losing 0-2 at Tonbridge Angels in the final.  After that manager Hayden Bird and many of those players went on to Kingstonian for the start of the 2019-20 season with former Tooting & Mitcham United manager Frank Wilson taking charge. Merstham were 21st in the league table when the season came to an abrupt halt in March 2020 and last season were 22nd but only eight games were played.

It  will be great to be back on the road with the Wands again and with the November and December fixture list bringing some incredible games things will start getting busy once again.

Leave the M25 at Junction 8, and take the A217 towards Reigate & Redhill. After about 0.3 miles, take a slight left onto Back Lane, which leads onto Gatton Bottom. Follow this road for about 2 miles until you meet the A23. Turn right onto the A23, and then after 0.3 miles turn left onto School Hill. This road crosses the railway and becomes Bletchingley Road. Turn right after about 0.2 miles onto Worsted Green and then right again onto Weldon Way, and you should find the ground on the right hand side.

Upon alighting, go over the footbridge, turn left past the front of the station and take the road to the left (Station Road South) past the car park. Proceed to the top of the road and turn left down School Hill. Take the 5th right into Weldon Way. The ground is on the right hand side.

A welcoming and classy looking pub with a wide selection of ales and wines plus a high quality menu.

Chippy/Indian: The Merstham Chippy on Bletchingley Road is quite near the ground and could be worth a visit.  Next door is the Merstham Tandoori.

It has to be said that Merstham has an excellent club house and being an evening match you may want to sample what is on offer and when we went there for a pre-season friendly a few years ago they did some superb, high quality rolls.  A good trip and a nice ground but might be better on a Saturday if you are wanting to make a day of it.