Cray Wanderers began the pre-season campaign with a narrow victory against Erith Town on a sunny afternoon at King Henry School with a sublime Anthony Cook strike before half time.

It was a very good workout for Neil Smith’s side with a first half with mostly first team players and a handful of trialists while the second half saw a completely changed side made up of trialists.

There was a lively and even start to the game and Erith had the first half chance when a free kick from the no 9 out on the right into the area was turned wide by the no 12.

New signing from Carshalton, Danny Bassett showed some nice touches and with plenty of pace while the trialist no 21 had a very positive first half and if signed could be a fan favourite. 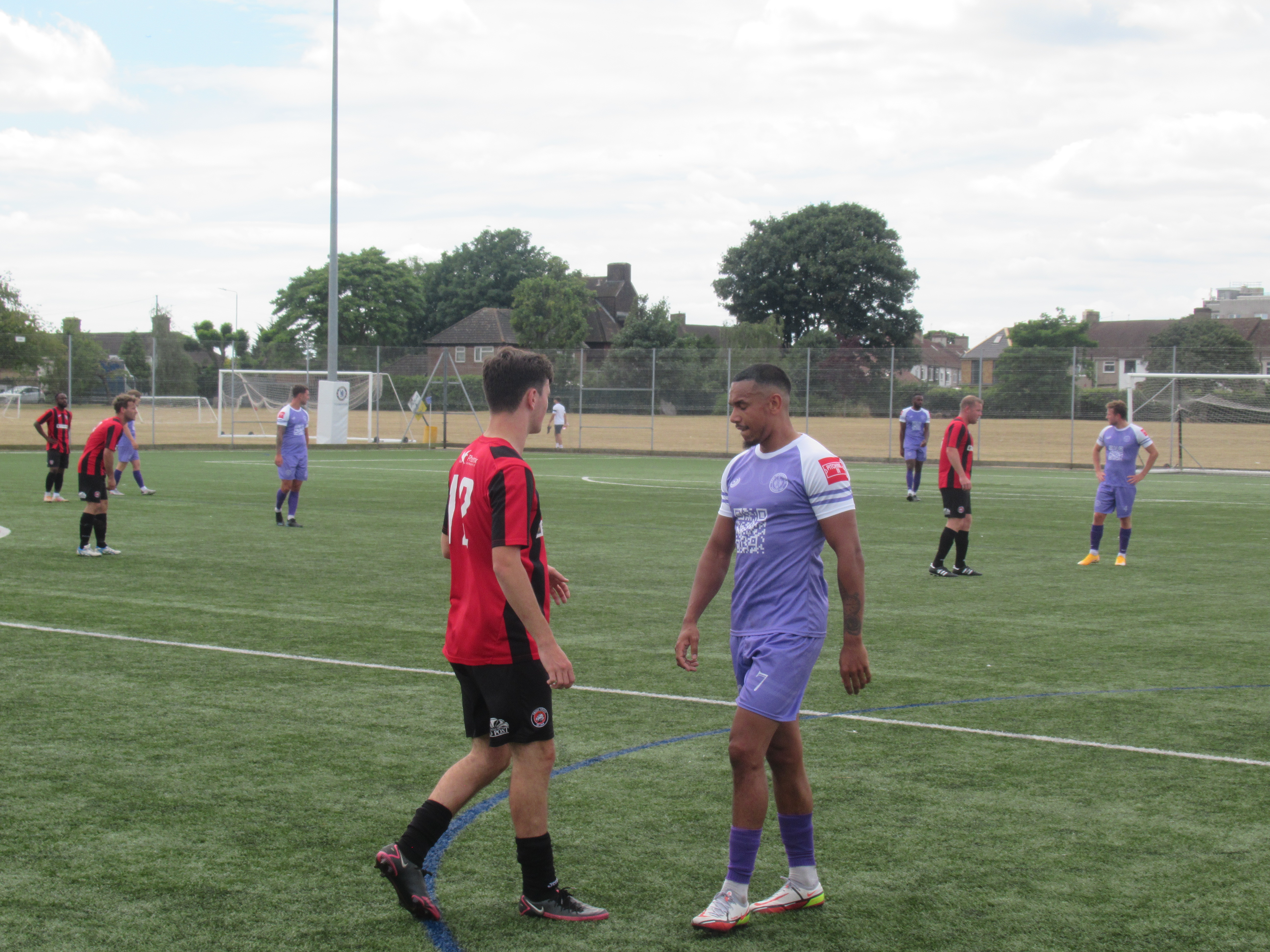 Cray’s first real chance came when the no 21 made a run down the left and cut into the area and laid the ball to the near post to Tom Derry but his effort was well blocked by the Erith goalkeeper who had a very good first half.

For Erith , the no 9 came close with a fizzing shot which just cleared the crossbar while at the other end the no 21 found space 30 yards from goal and fired in a shot which only just went past the left post.   Then Bassett down the right showed his pace to move into the area and find Anthony Cook who drove a shot wide from an angle.

Cray were looking the more likely scorers before half time and the no 21 saw a shot blocked, Cook saw a shot deflected for a corner and then Derry pulled a shot across goal and wide. 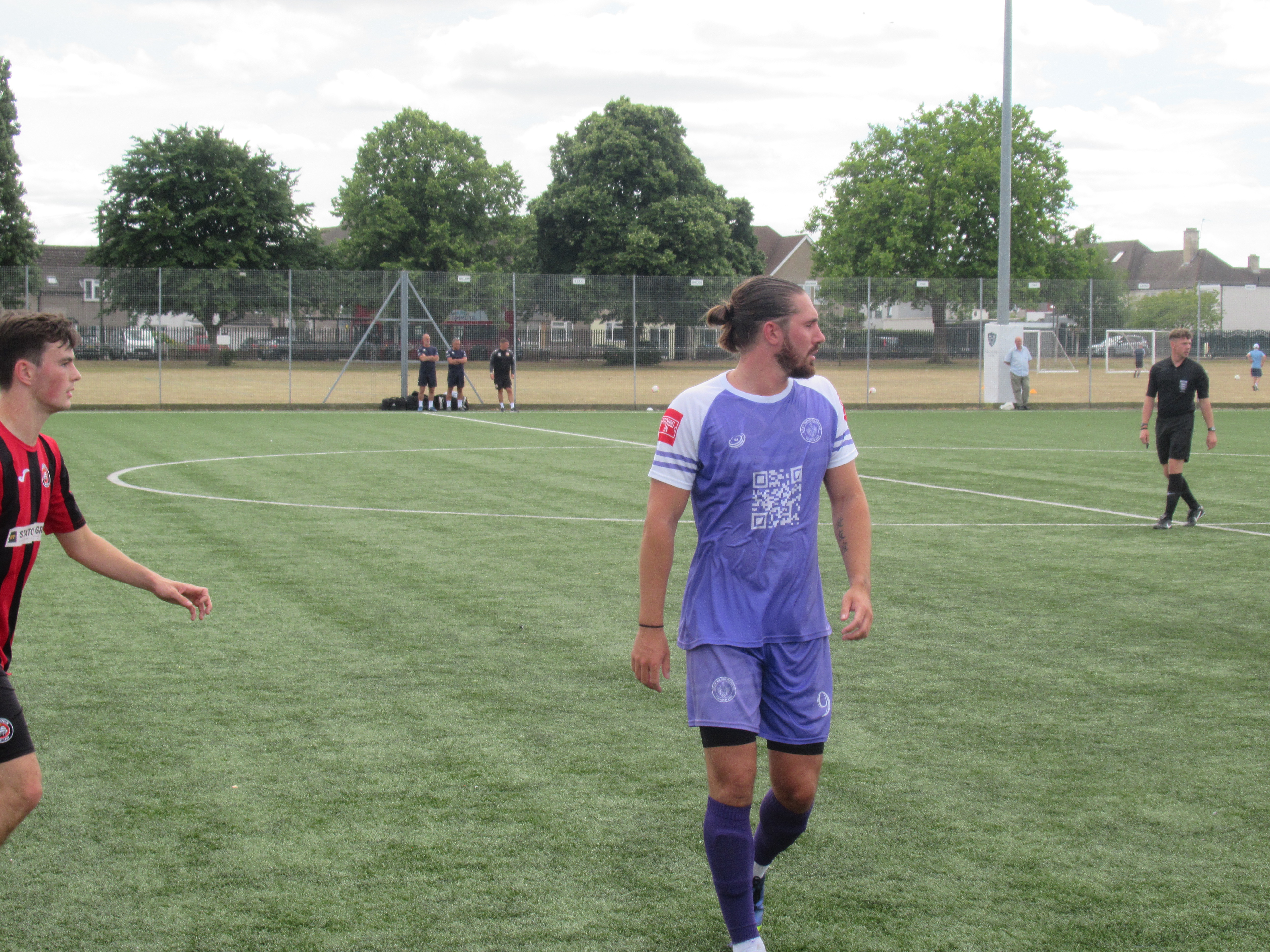 Just after a water break Cray came close when Cook was played through but credit to the Dockers keeper who made a good save with his legs.

Shortly after though Cray went ahead with a goal of real quality from Cook who found space just shy of 30 yards out and rifled in a shot which flew into the net.

Alan Woodward’s Erith side though were not out of the game and a cross from the no 18 down the right towards the far post found the no 9 who seemed destined to score but the Cray trialist keeper did well to claw the ball out and behind for a corner. 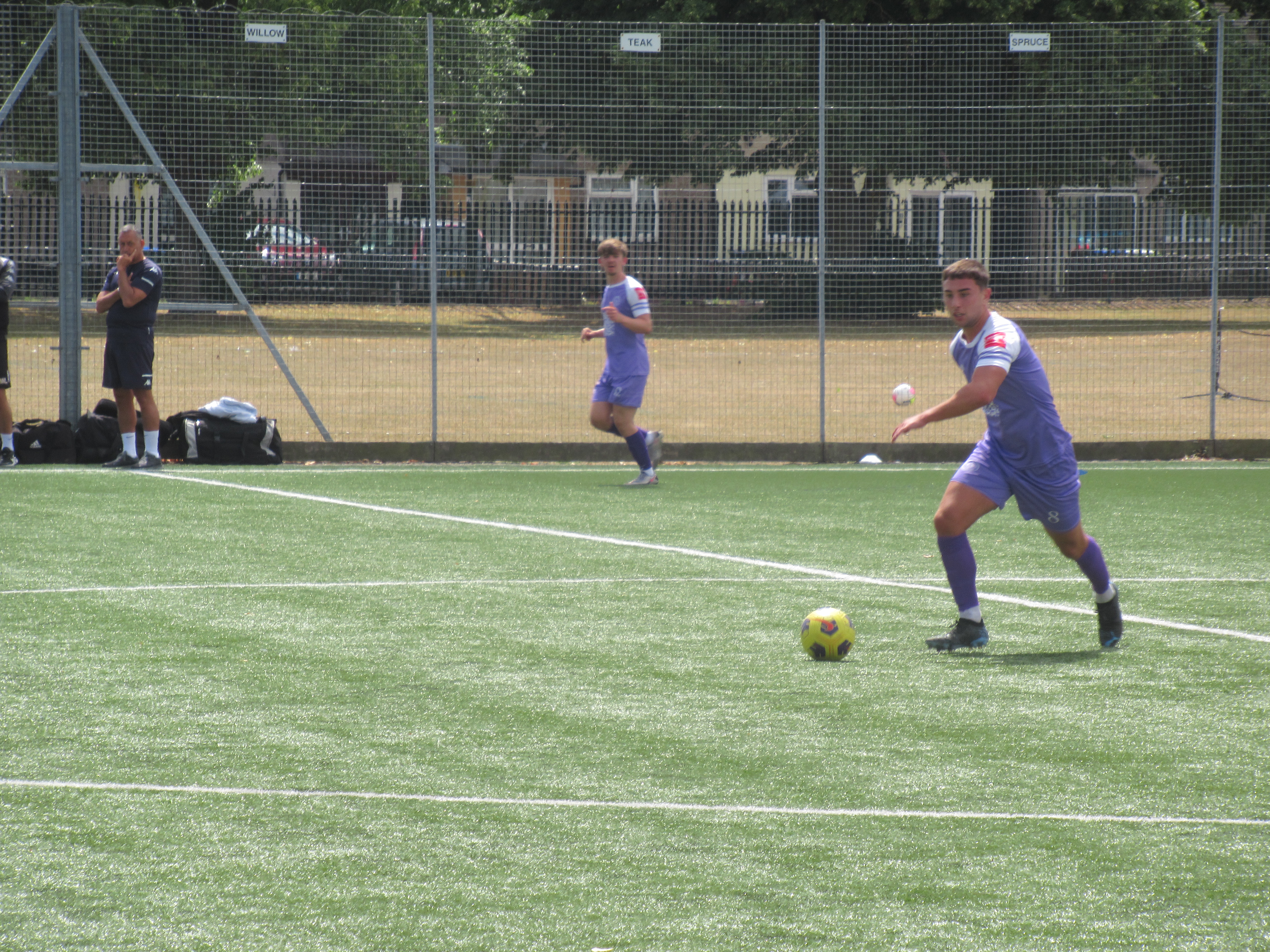 Before half time the no 21 saw an arching header turned over superbly by the keeper and Bassett volleyed wide.

The second half saw changes from both sides with trialists taking the field and Erith made a bright start to the half with the no 10 shooting over and the no 12 saw a shot blocked and a follow up after a free kick was played into the box.

The pace of the game slowed although there was plenty of endeavour but aside from a couple of shots from outside the box for the Wands that were held by the keeper chances were few and far between.

In the end Cray saw out the match well and started pre-season with a victory.  Certainly the Wands fans present would have seen the likes of Harold Joseph, Billy Crook, Danny Bassett and Tom Derry and the impact they could make in the Isthmian Premier once it gets underway on 13th August.