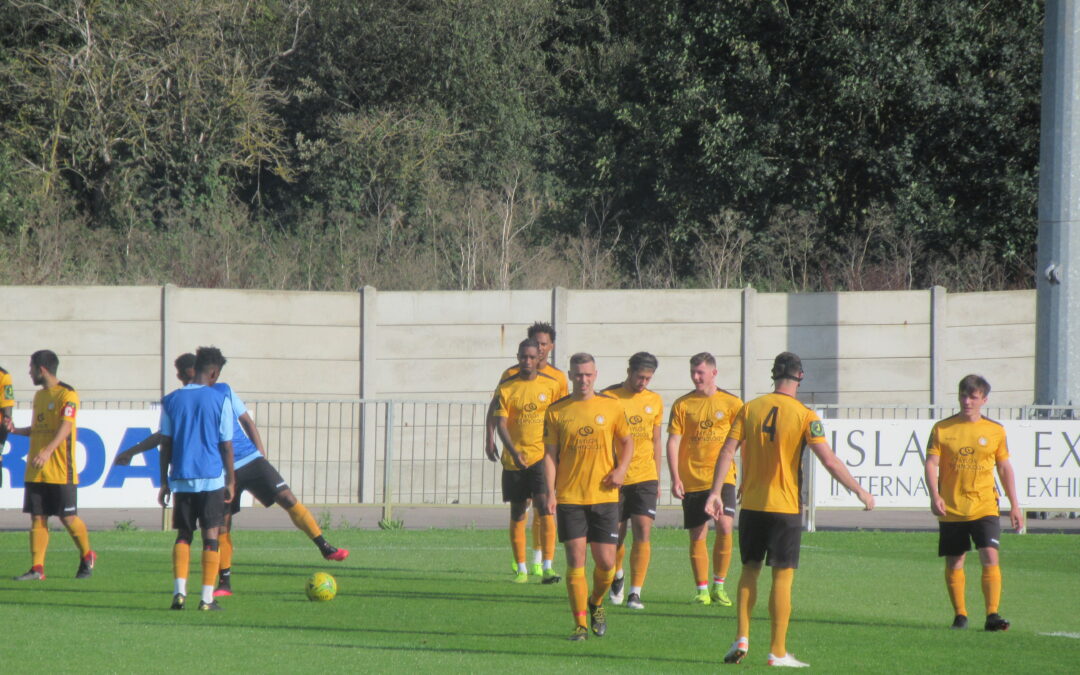 Cray Wanderers finished their pre-season campaign with a draw at Hayes & Yeading United as two sides who were in the playoff places last season played out a hard fought affair full of commitment unusual in a friendly game.

The Wands got off to a perfect start with a trialist catching Hayes & Yeading cold with a clinical strike in the first minute and Cray edged the opening half after quelling a comeback from the home side to lead 1-0 at the break. 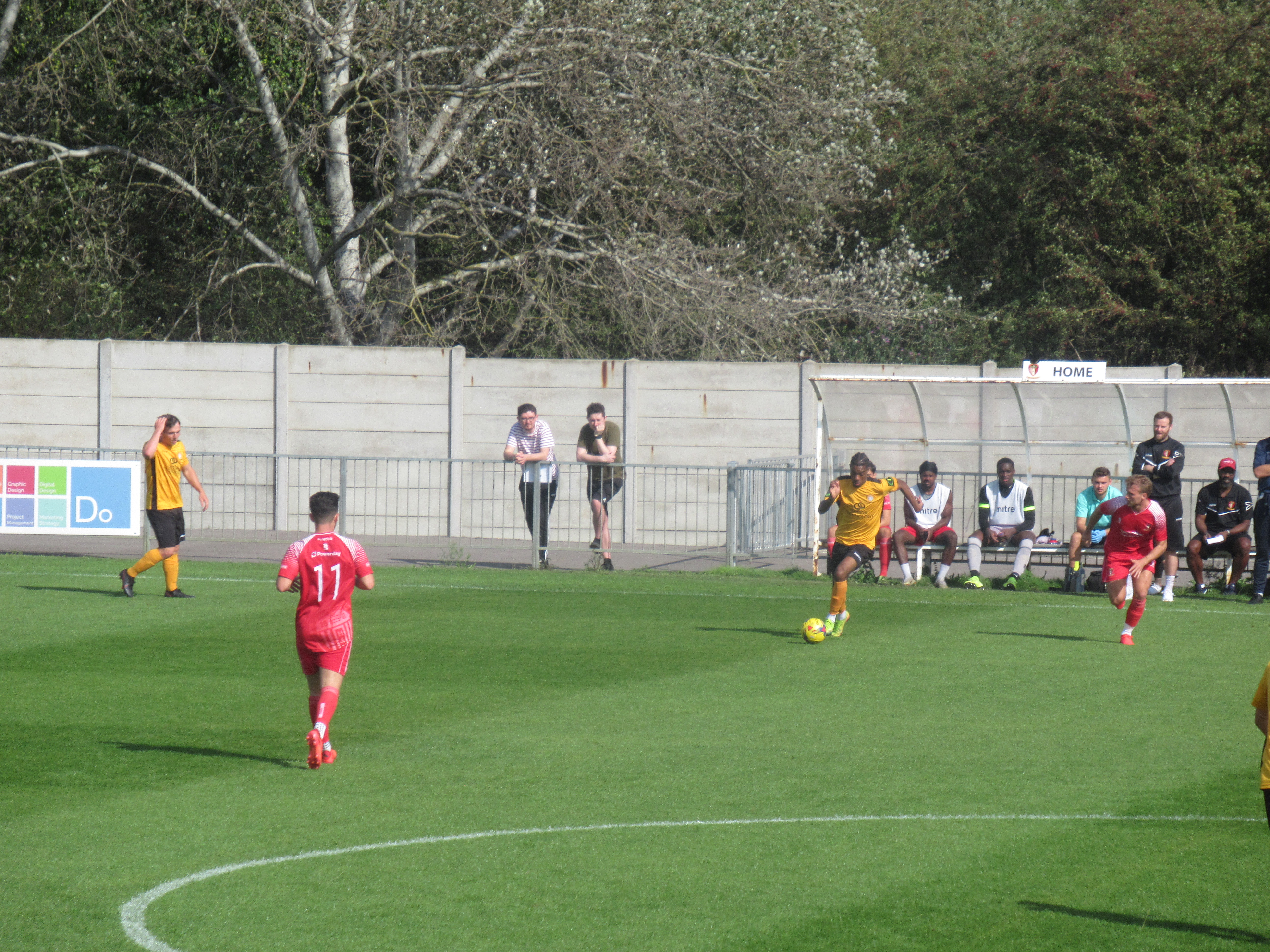 Hayes & Yeading were the better side during the second half and drew level in the 71st minute when Francis Amartey crashed home a near-post strike and then took the lead when substitute Omar Rowe charged down Lewis Carey’s clearance and stroked the ball into the net with six minutes left. 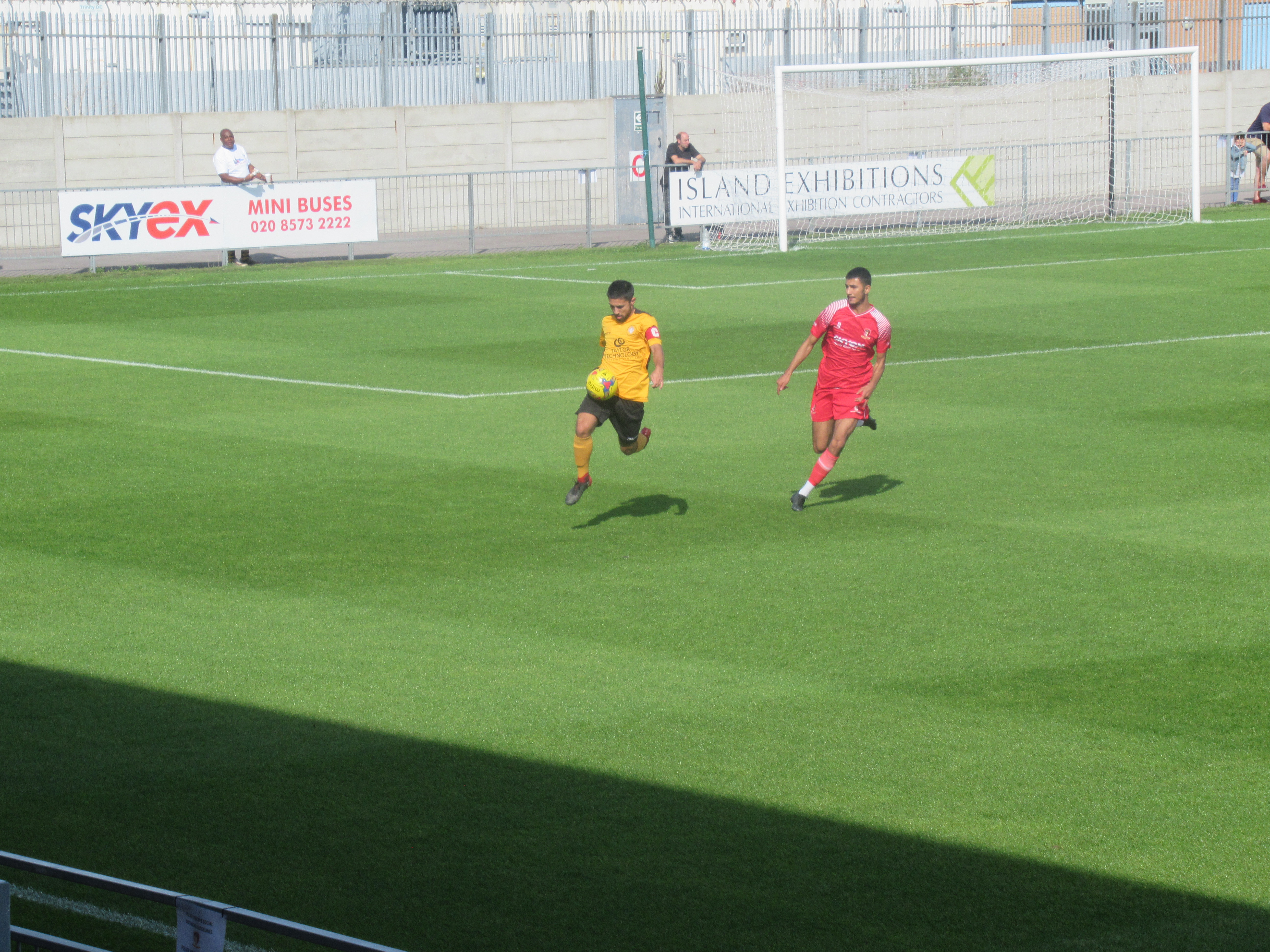 Cray though never know when they are beaten and in the 90th minute won a corner down the right and Lee Lewis’s cross to the far post was nodded across by Jay Leader and in crowded six yard box Martin Onoabagbe got to the ball to turn the ball into the net to earn a draw.

On a warm afternoon and played on an immaculate playing surface, Cray who came into the match full of confidence started on the front foot and a quick break forward down the left saw Lee Lewis play the ball down through to Trialist B who with a crisp finish stroked the ball past keeper Jack Smith. 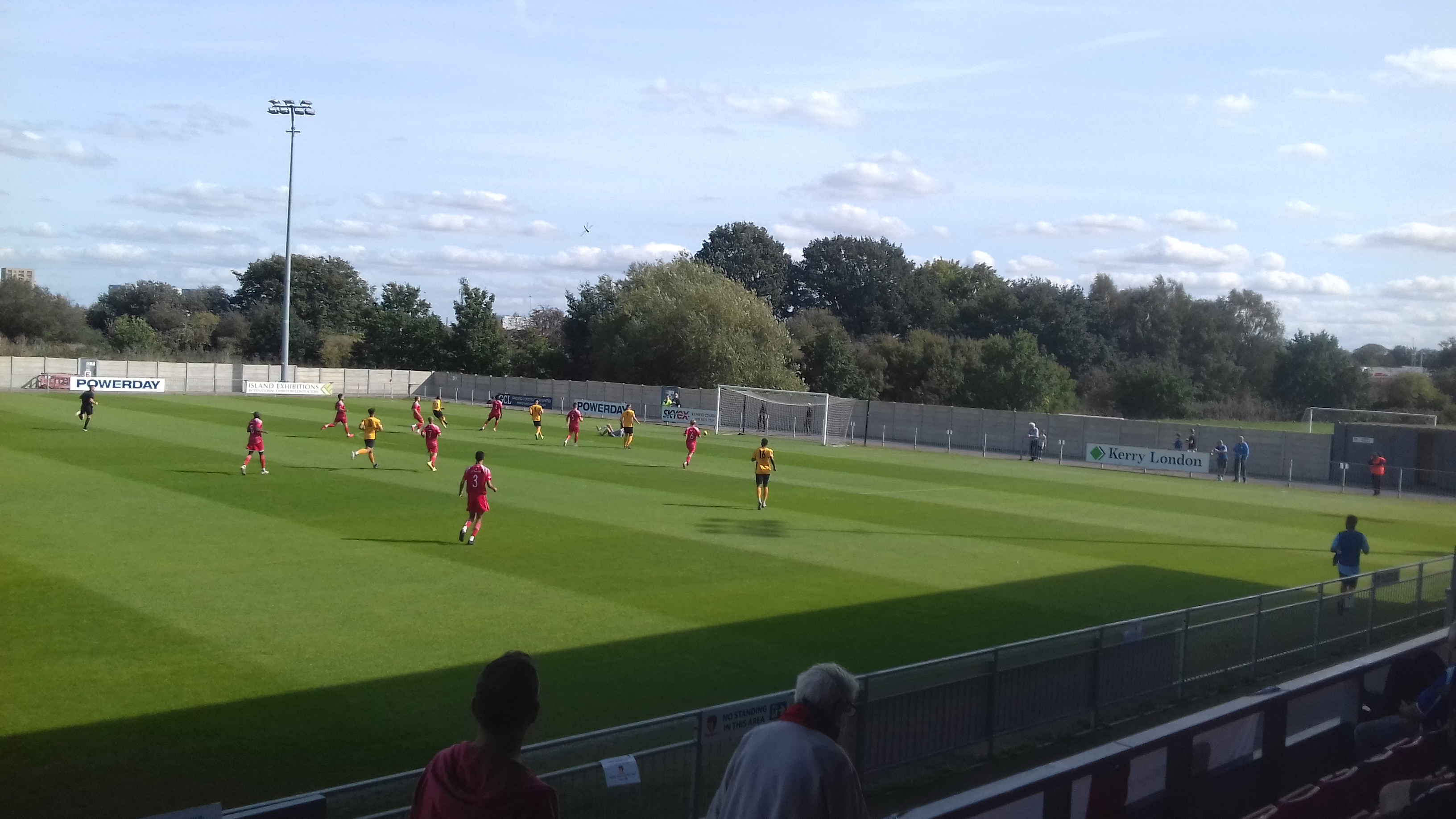 This led to a sustained period of possession for Hayes and Yeading United and Rico Greco down the left put over a good cross into the Cray box and Jay Leader nodded behind for a corner. The corner down the left by Greco was played short to Trialist T who hit a fine shot from the edge of the area to the near post which was pushed over the bar well by Lewis Carey.

This was followed by a strong, jinking run down the right by the lively Francis Amartey ended with a ball across the box which no-one could get on the end of.

Cray certainly added some steel to help keep the home team at bay and one or two challenges seemed to raise the temperature of the home fans but this helped to wrest the initiative back and Cray ended the half well. 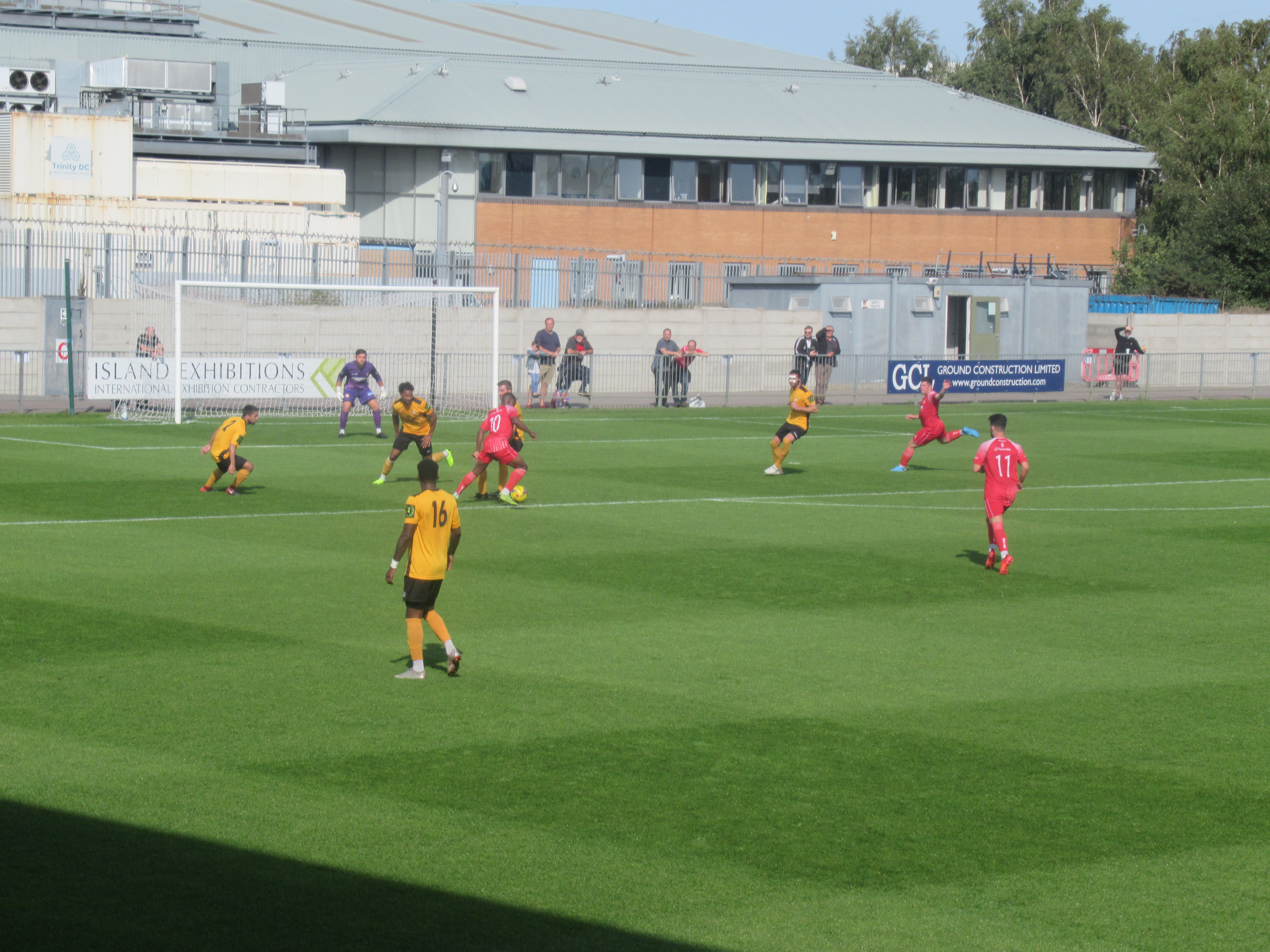 Firstly, Joe Taylor hooked a superb pass out to the right to ex Hayes & Yeading United player Rhys Murrell-Williamson who cut into the box and saw his goalbound shot blocked by a defender for a corner.  From the corner, Parker’s ball to the far post was headed wide by Mitchell Nelson. 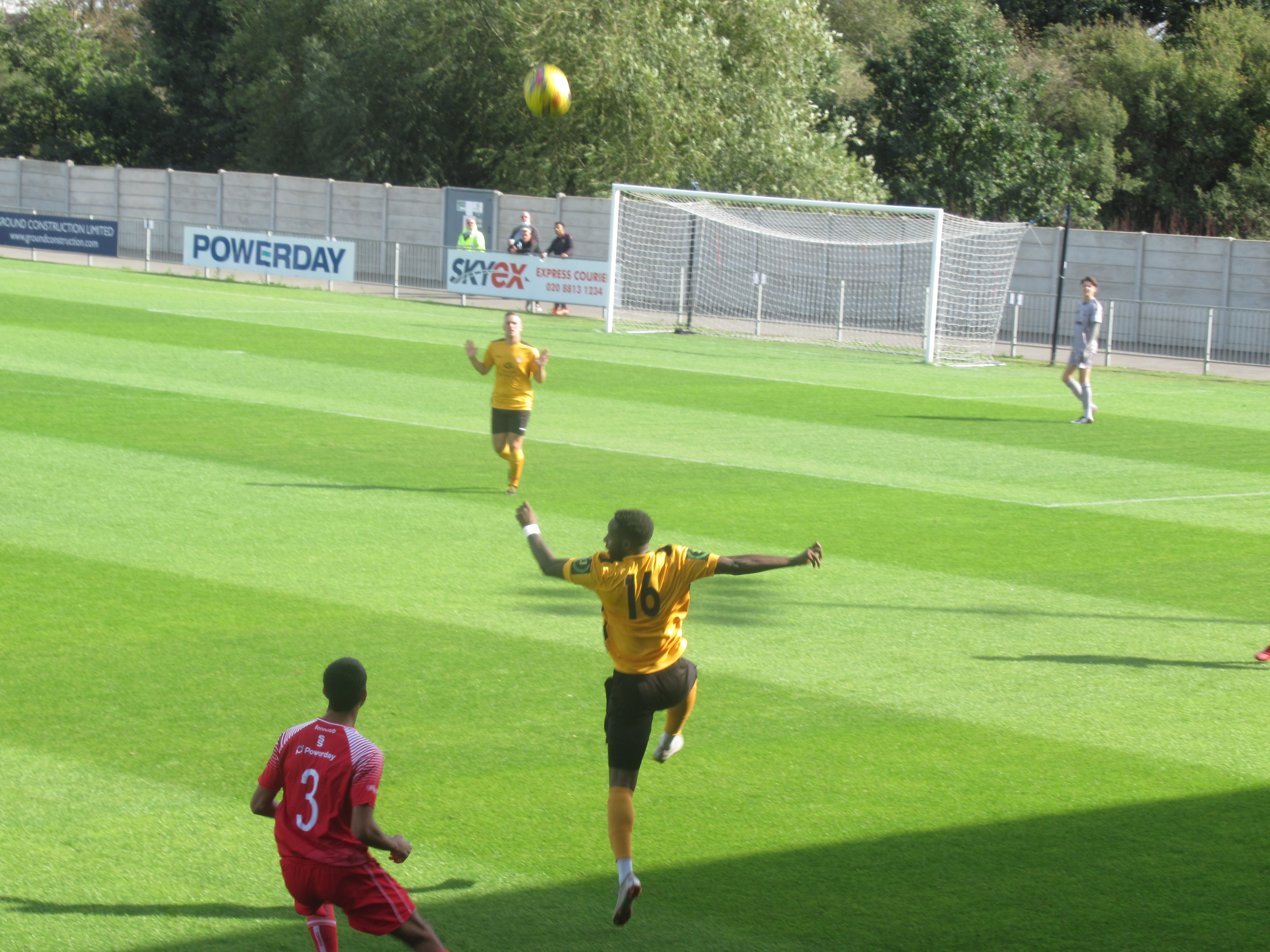 Then Cray were awarded a free kick in a decent shooting position around 25 yards from goal and Freddie Parker who had scored in his last four starts and scored a cracker against Welling in midweek saw his well struck shot just go past the left post with the keeper beaten. 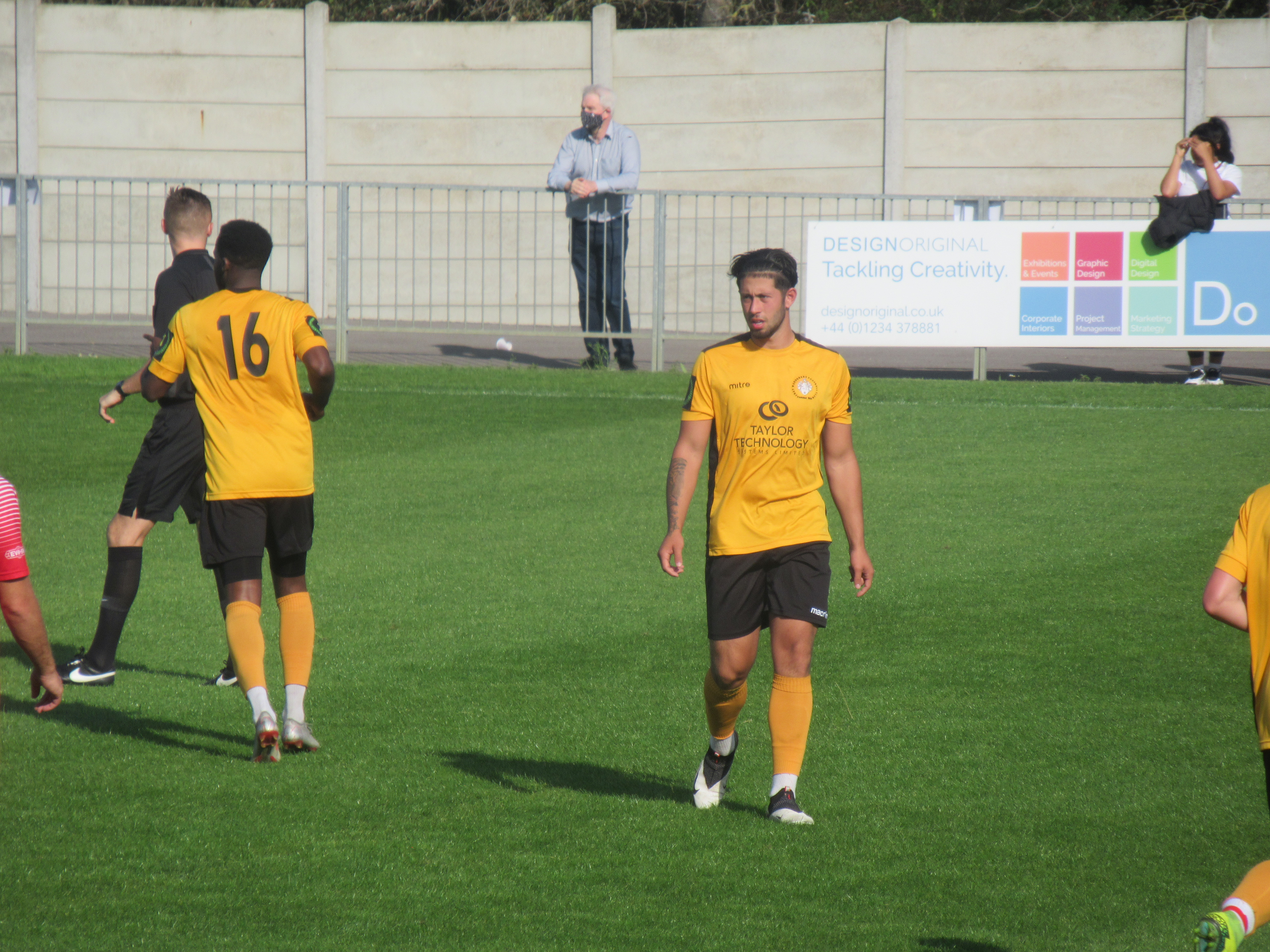 Cray continued to look lively and Taylor who worked hard as always up front, turned, found space and hit a stinging shot which Smith did well to push away. 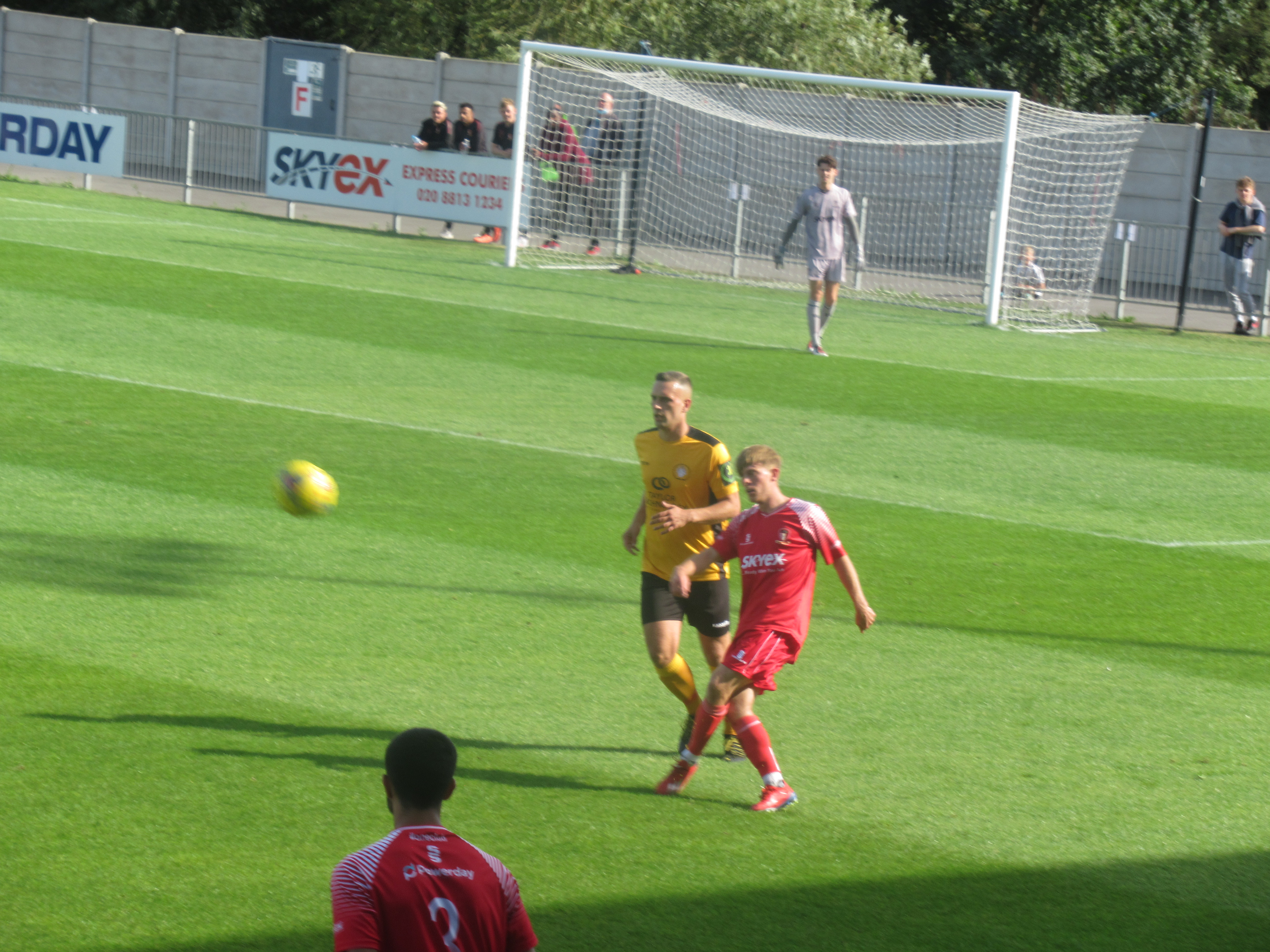 Finally before half time Parker set up Lee Lewis who had a fine game but shot well over the top as did Tom Phipp with the last sortie of the half. 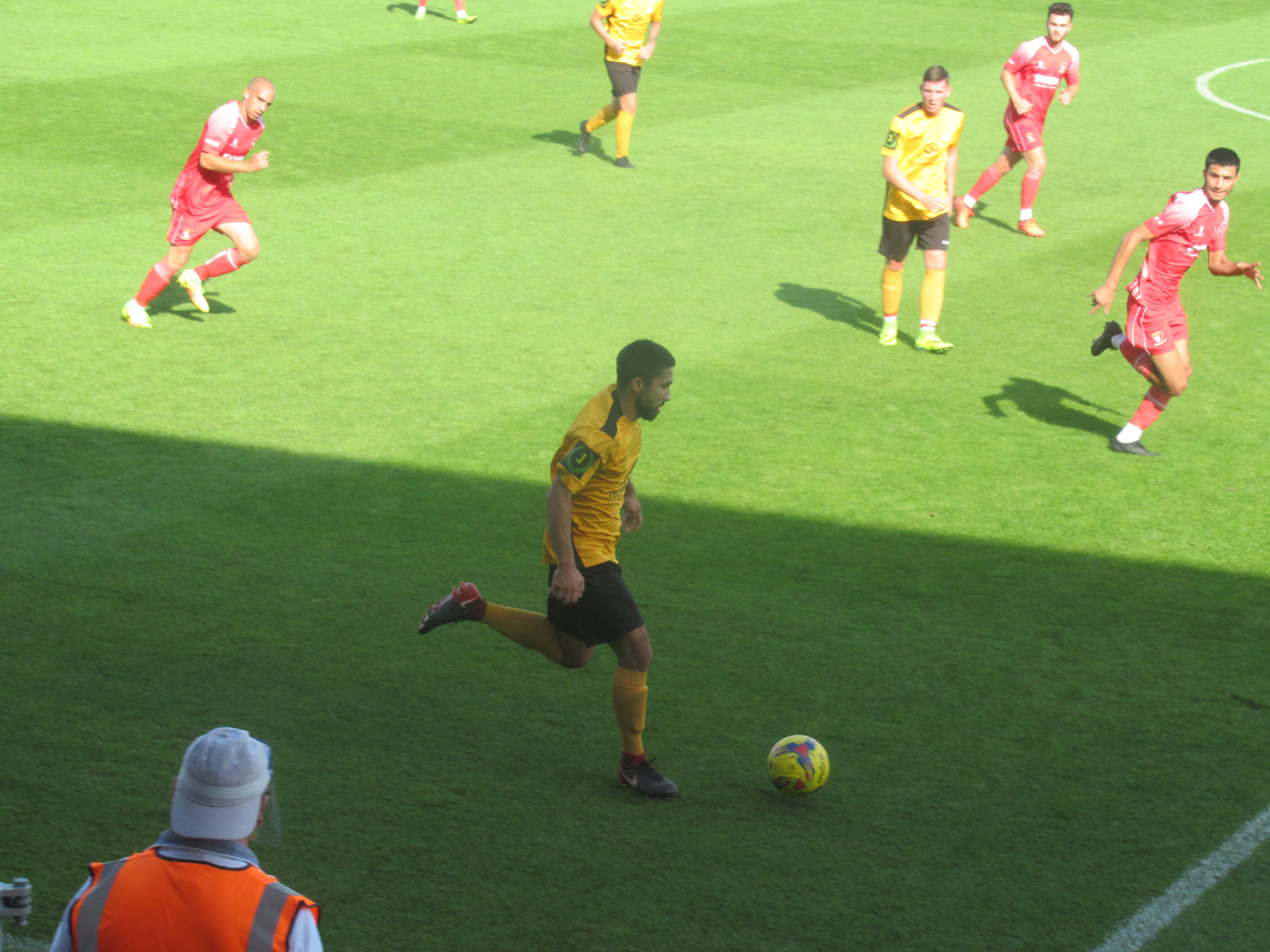 The second half began a more scrappier affair with Cray having a half chance when Taylor charged down an attempted kick by Smith and his ball towards Parker was claimed by the relieved keeper. 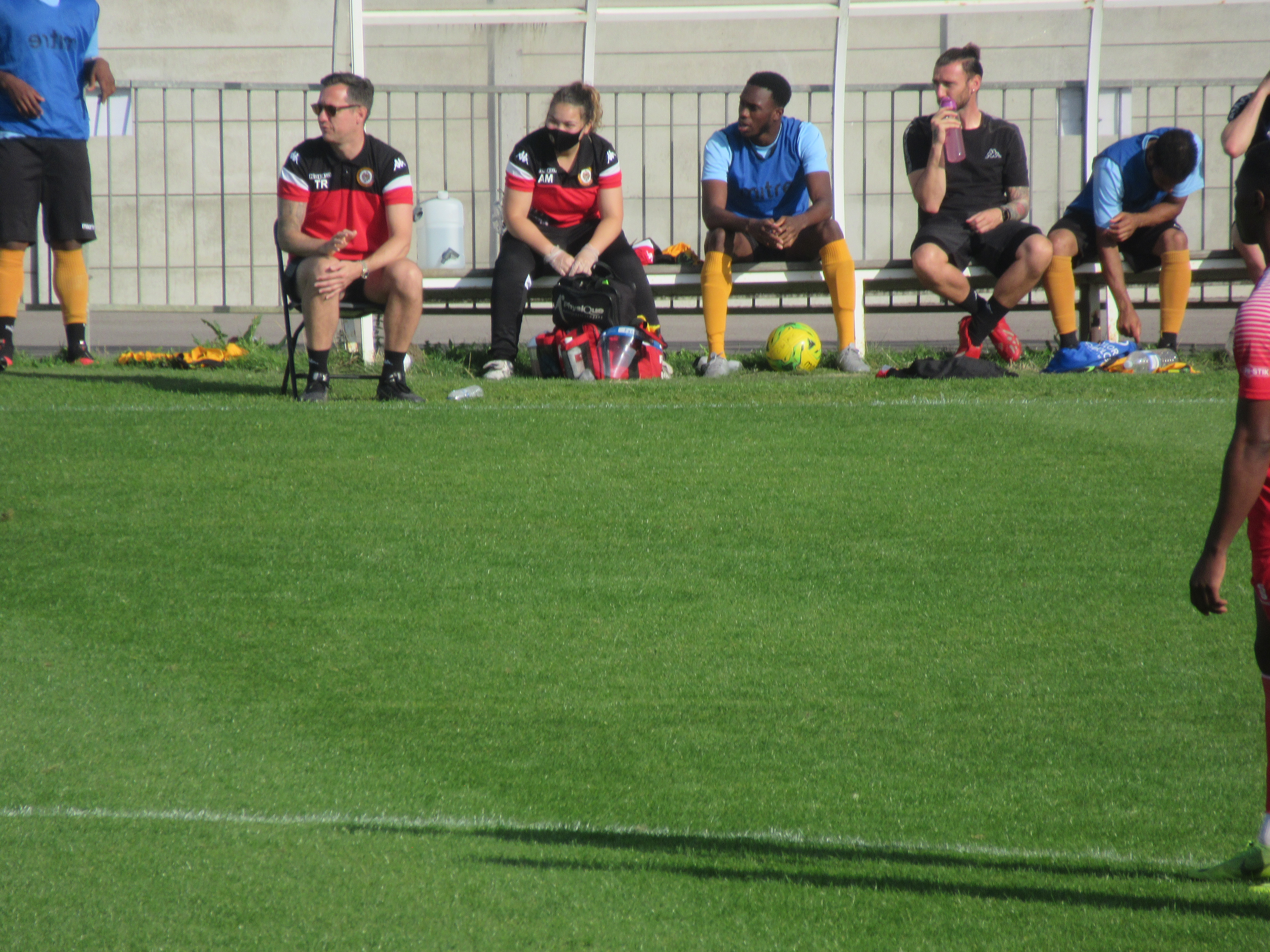 Hayes & Yeading though were beginning from the hour mark to look threatening and Bay Downing down the right just flashed a cross-shot across goal and behind  for a goal kick.  Then Amartey picked up a loose ball and from the edge of the area fired a shot just past the right post. 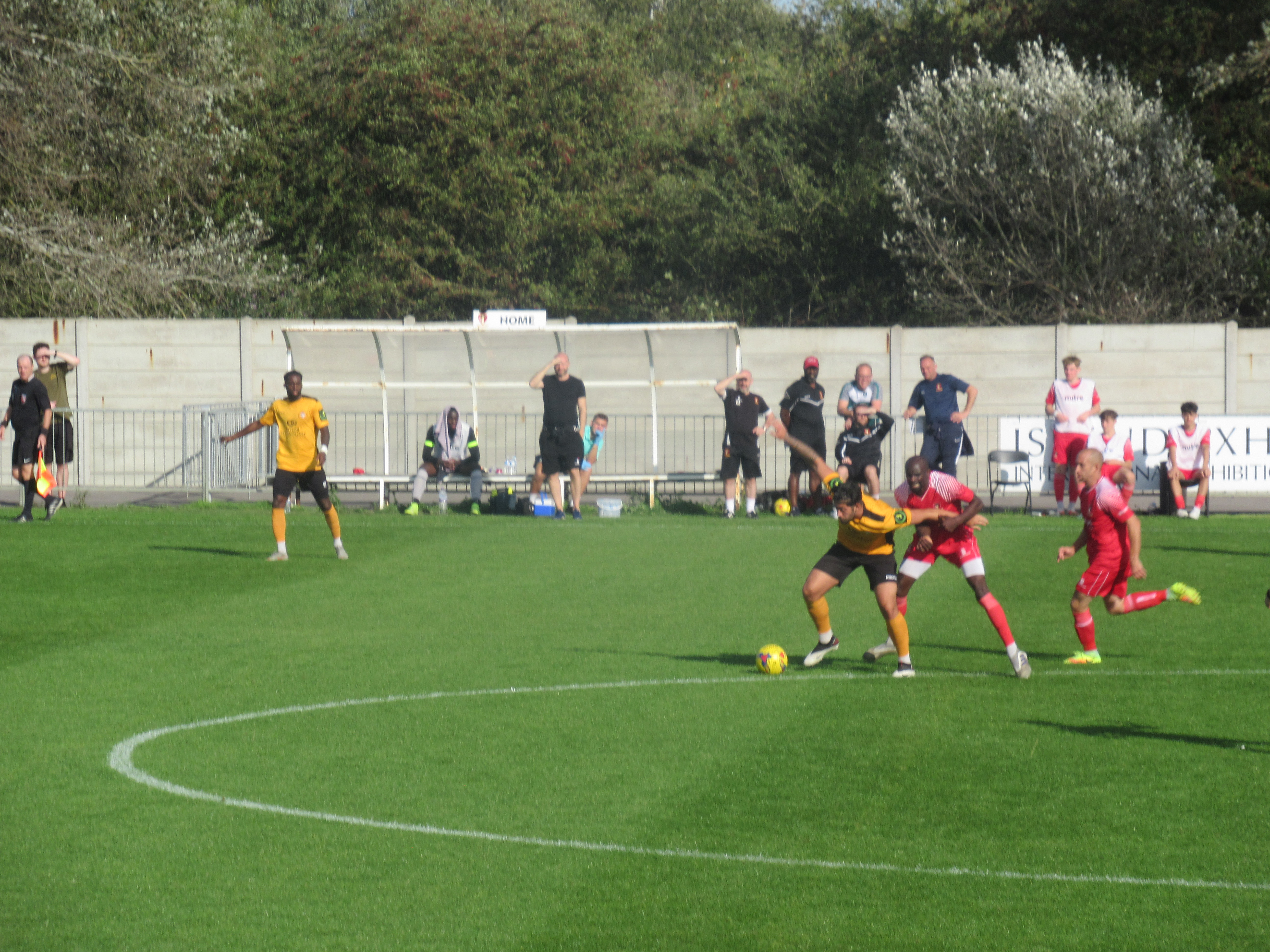 The introduction of substitute Omar Rowe seemed to add more impetus to the Hayes & Yeading play and he hit a shot from 20 yards which was well gathered and held by Carey.  Then Amartey saw a swerving shot parried away by Carey and then Trialist S curled a shot wide from distance.

Hayes & Yeading’s pressure paid off in the 71st minute when Amartey won the ball down the right, broke into the box and crashed a shot in at the near post from 10 yards to level the scores.

Cray hadn’t had too many chances second half but almost went back in front when down the right Jerome Federico set up the impressive Barney Williams whose fierce shot was well saved by Smith at the second attempt. 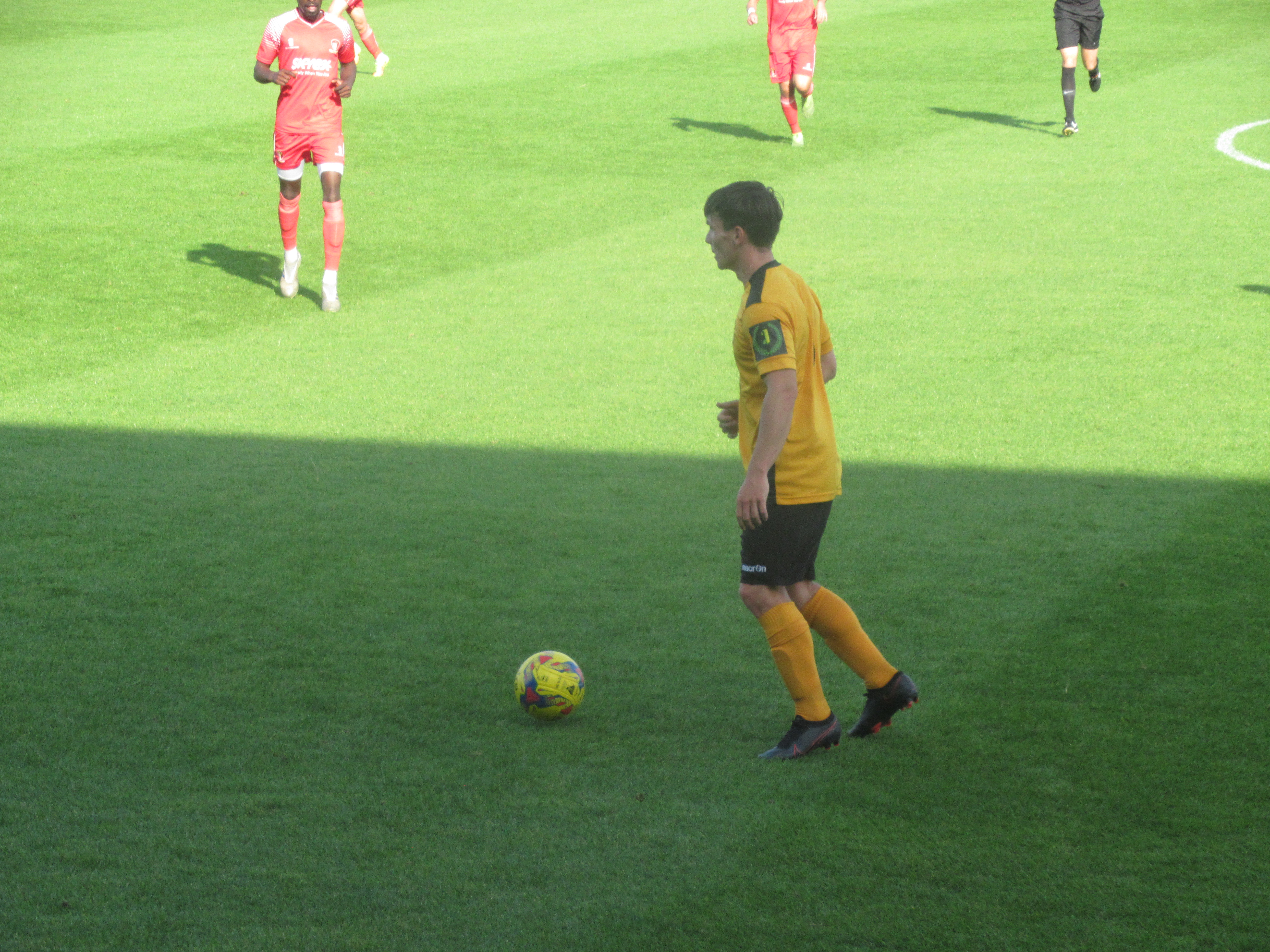 With six minutes to go it looked like Hayes & Yeading had turned the game on it’s head when they took the lead when down the left, Lewis Carey’s attempted clearance was charged down by Omar Rowe who nipped the ball past him and rolled the ball into the net from five yards. 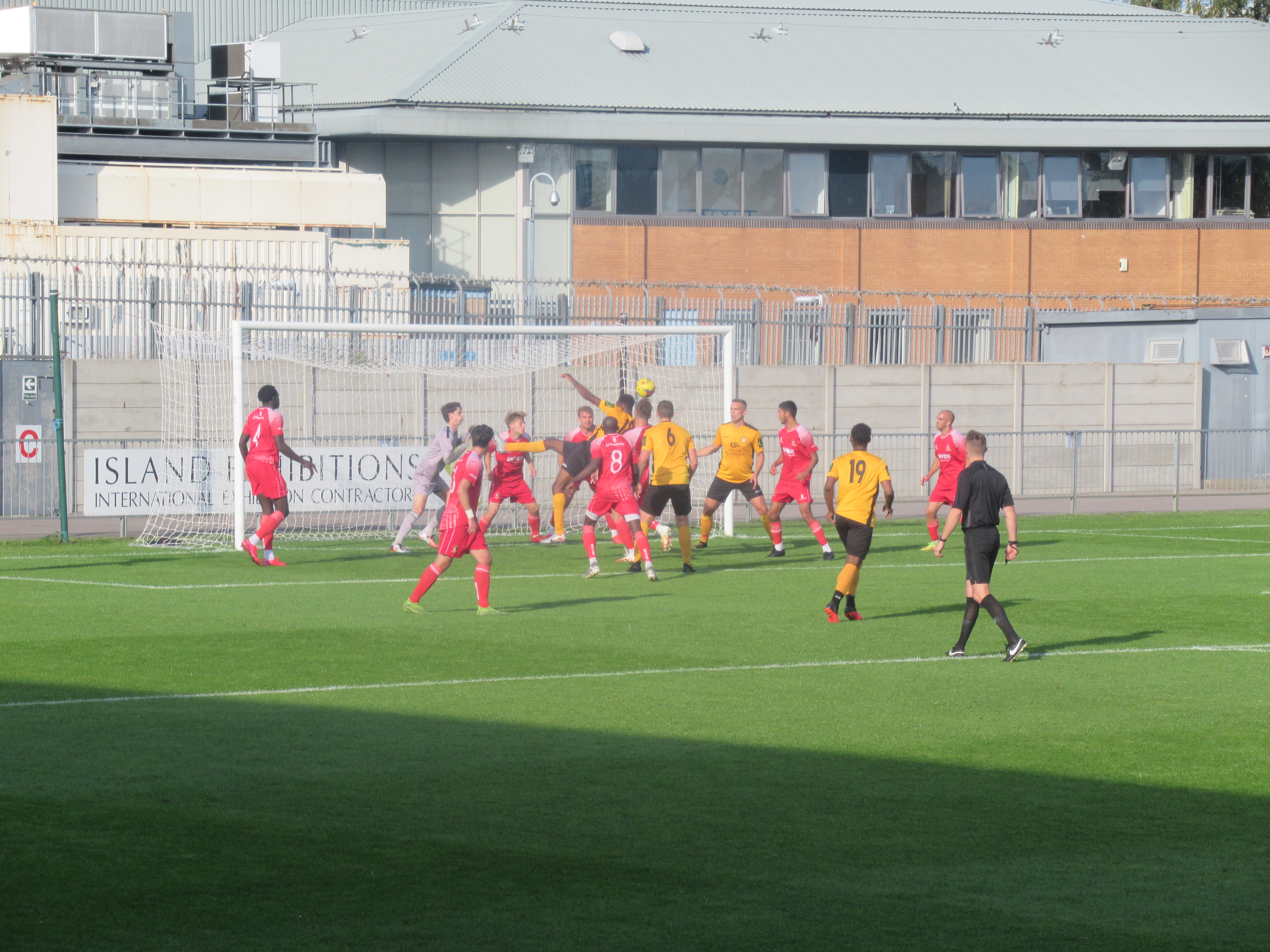 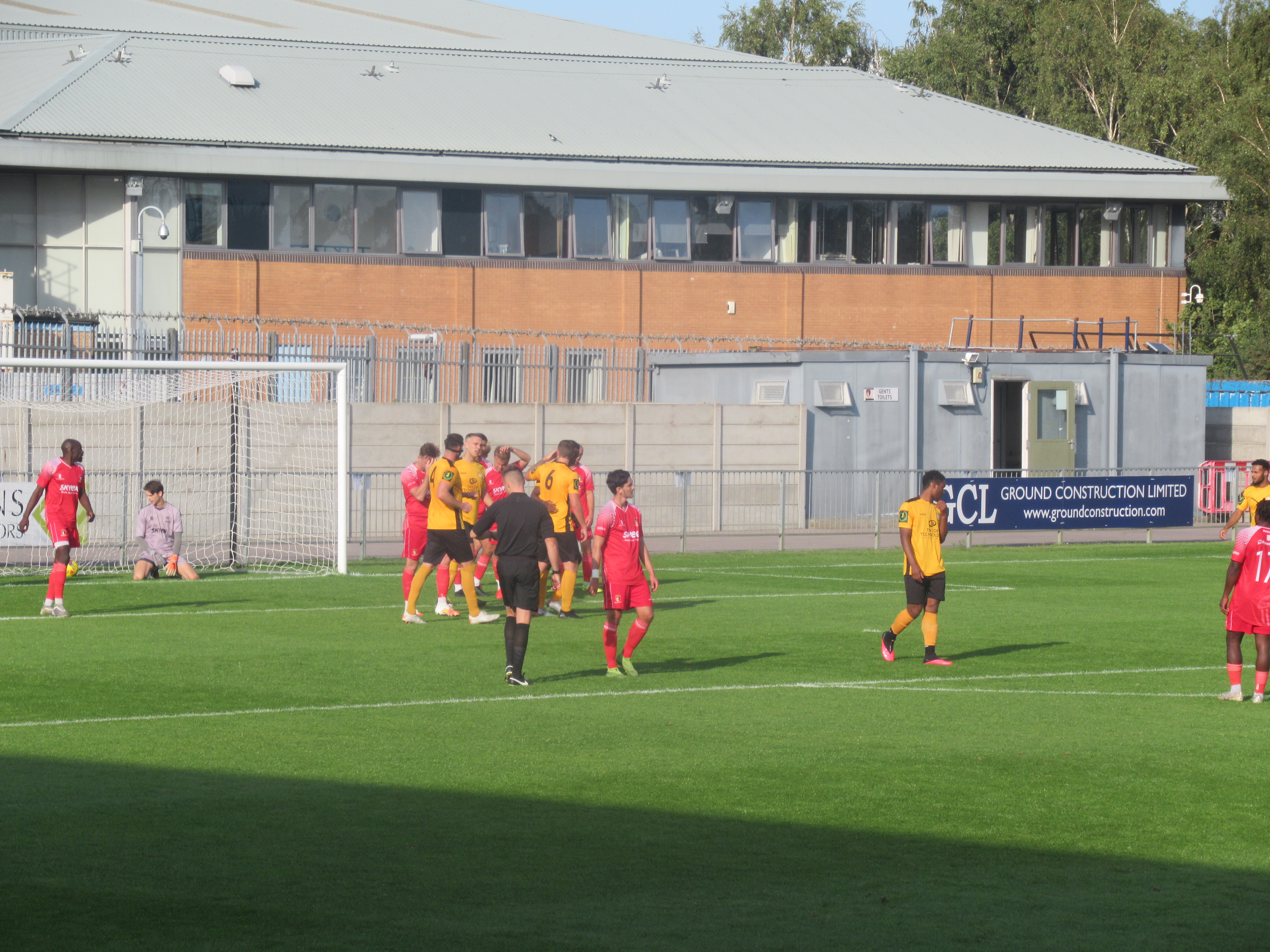 It was certainly a dramatic way to end pre-season and sets Cray up now for the league season that begins on Saturday with a home game against Kingstonian and hopefully despite the continued uncertainty in the world right now there will be plenty of drama and thrills and spills ahead with hopefully everyone well and safe to enjoy it. 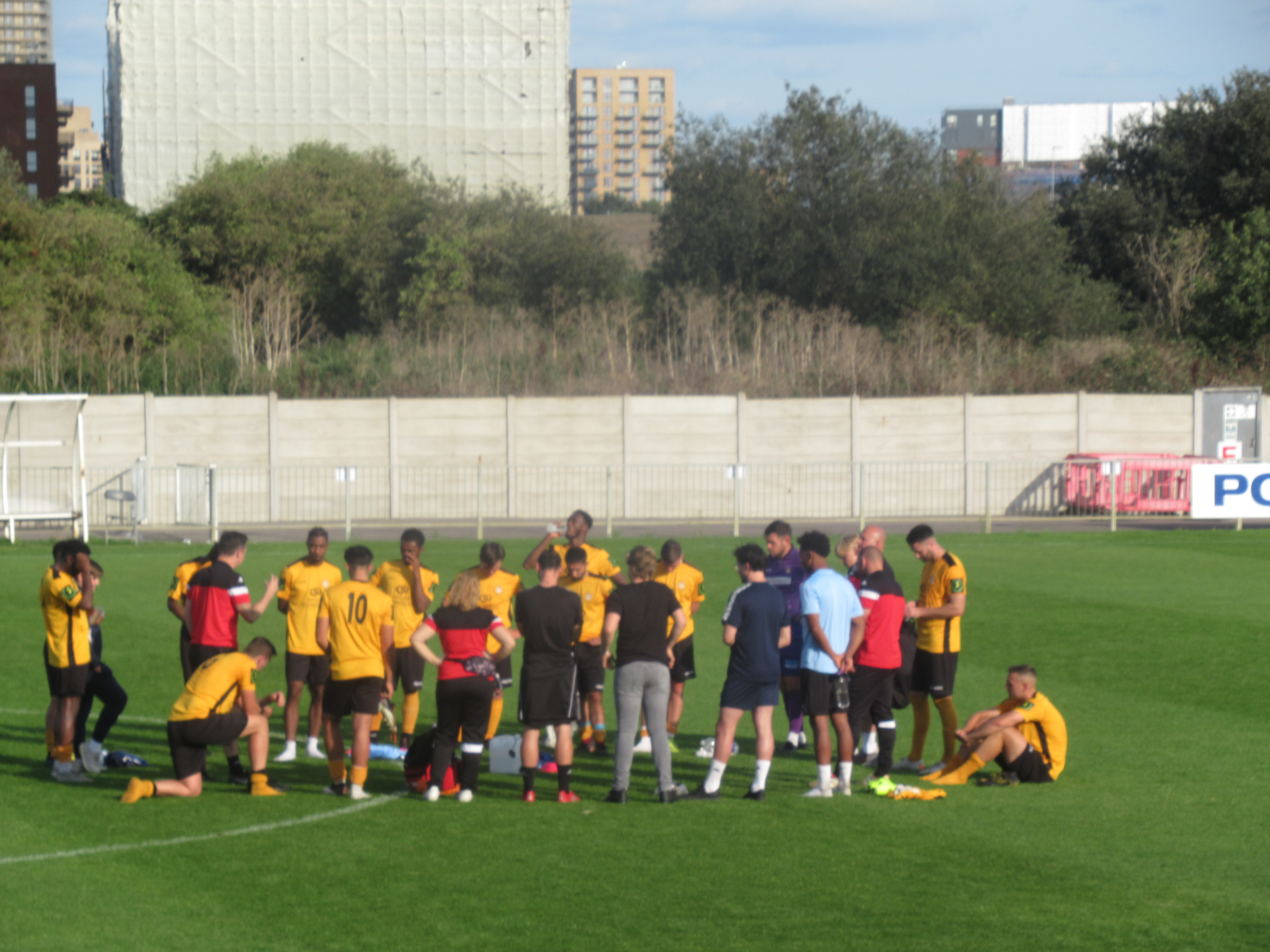