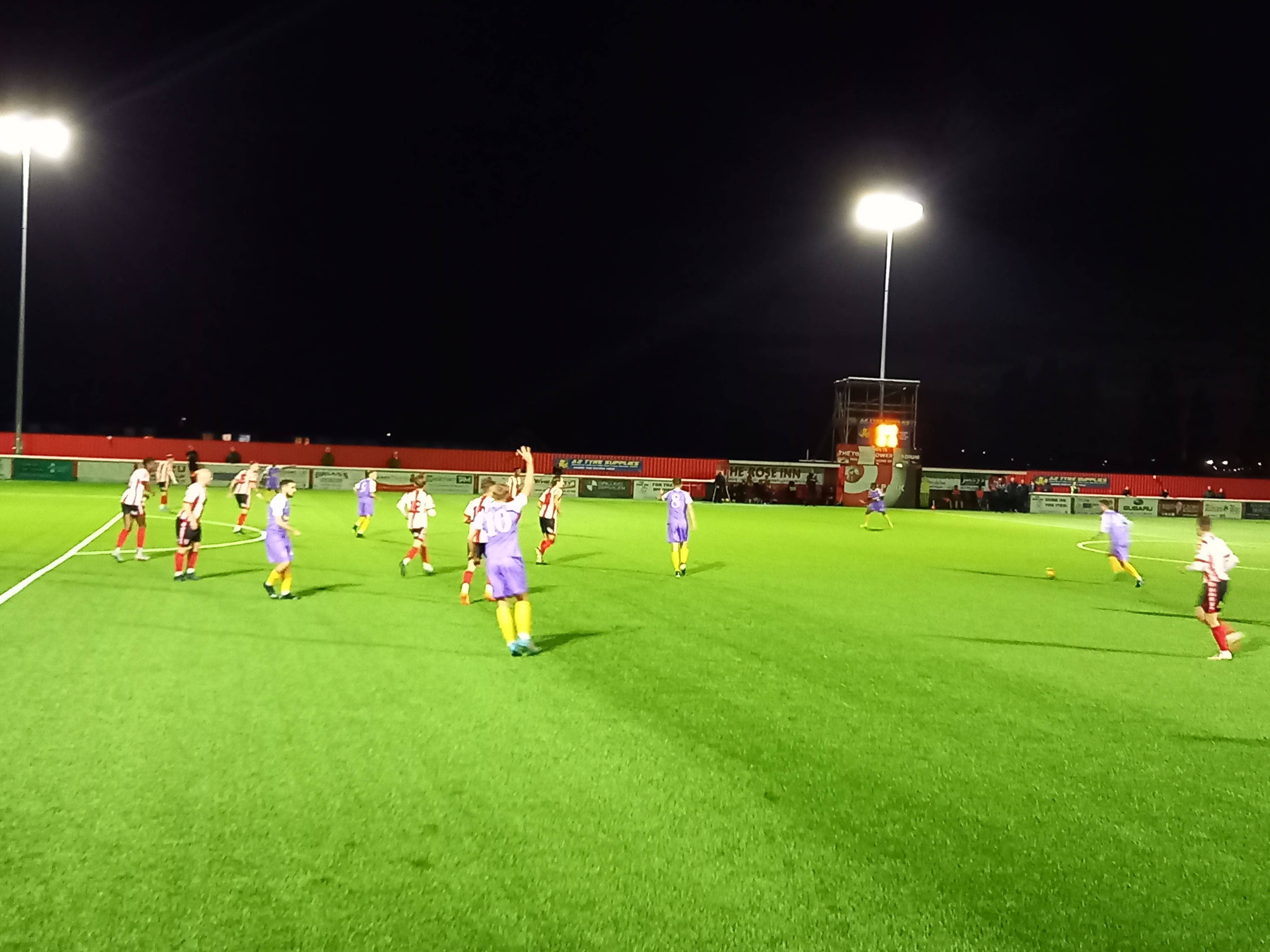 Cray Wanderers exited the Kent Senior Cup at Sheppey United as a very young Wands side played well but a much more experienced Sheppey side took their chances well to advance to the 2nd Round against a Cray side down to ten men for 75 minutes.

The Wands side saw 10 Academy players picked for their first team debuts and also a new forward in former Colchester United player Tom Stagg and gave everything on the night but had to do things the hard way after Alfie Murphy was dismissed for a tackle in midfield on Ben Beard.  Sheppey player manager Jack Midson put the Ites in front in the 27th minute and the game was still evenly matched until the 68th minute when Billy Bennett scored from close range.  Towards the end the Wands who were chasing the game tired and Jefferson Aibangbee down the left drilled in a shot at the near post with five minutes to go.  Then in stoppage time Midson scored his second following up an Aibangbee cross.

It was a chilly evening at the impressive facilities at Holm Park and Neil Smith fielded a side mainly consisting of Academy players as well as first teamers like Michael Ademiluyi, Jargal Enkh and Sam Skeffington.  Sheppey were pretty much full strength and had the first real shooting chance in the 12th minute when down the right Jacob Wright hit a shot which hit the right post.

For Cray, Skeffington shot over the top and the lively Stagg down the left hit a shot from 20 yards which struck the left post while at the other end Warren Mfula fired wide down the left.

Sheppey were just beginning to apply pressure when they took the lead in the 27th minute with a well worked goal down the left and Danny Leonard played the ball across for Midson to score from six yards.

Before the break, Stagg hit a free kick which was deflected behind for a corner and midfield playmaker Reggie Rye came on for Sam Skeffington before half time.

The second half began in lively fashion and Stagg combined well with Michael Ademiluyi who broke into the area down the left but his shot was saved by the legs of Aidan Prall.

Sheppey looked to impose a grip on the game and twice had the ball in the net within a minute through Billy Bennett and Midson but the flag was raised for offside both times.

Cray did threaten from a corner from the right which was met by the head of Cerny Andu but Prall did well to push the ball behind for a corner. 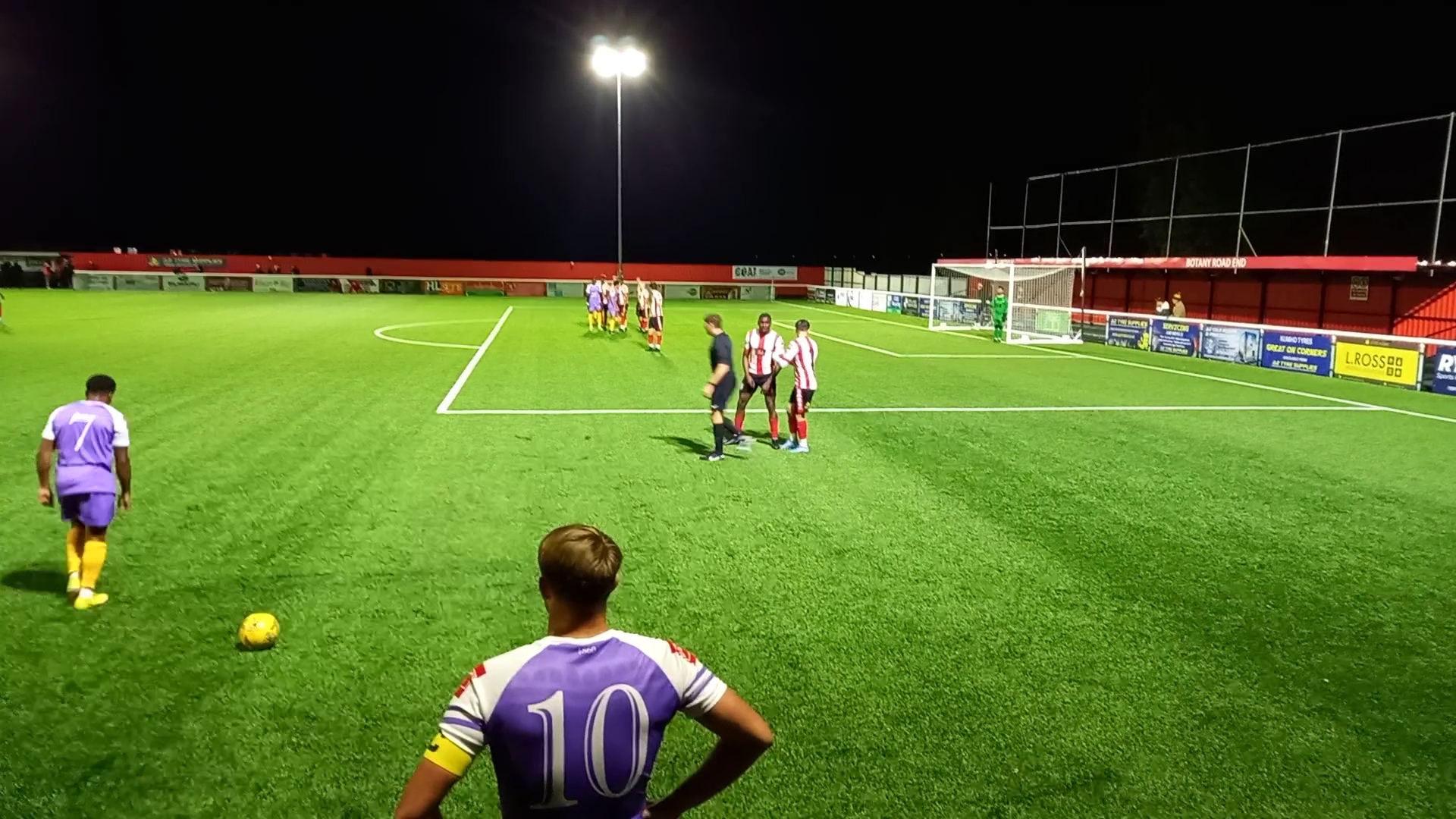 The Wands had kept in the game well but in the 68th minute Sheppey added a second when downt the left, Mfula played the ball across for Billy Bennett who had come on at half time to score from close range.

Cray kept at it and never let their heads drop and Rye shot well wide and Ademiluyi cut inside down the right and his shot was deflected behind for a corner.

Sheppey had a strong final few minutes against an understandably tiring Cray side.  Bennett and Midson were both denied by point blank saves from Nathan Boamah.

Then in the 85th minute it was 3-0 for Sheppey when Jefferson Aibangbee broke down the left, cut into the area and fired in at the near post to seal the game.

There was a rather harsh look to the final scoreline when in the final minute Sheppey scored a fourth when Aibangbee again down the left saw his ball deflected to the far post where Midson scored at the second attempt and easy Sheppey’s passage to the 2nd Round.

Despite the defeat there was much to commend the performance from the young Wands and will learn from the experience against a strong Sheppey side.  Certainly Reggie Rye, Lucas Vazquez, Tom Stagg, Jarghal Enkh and Cerny Andu showed promise and impressed the Wands supporters in attendance.