Cray Wanderers are in Kent Senior Cup action on Tuesday 27th September as the Wands head to Sheppey United for the first competitive game since 2000. Kick off 7.45pm with the match decided on the night on penalties if a draw after 90 minutes.

Cray come into the game on the back of two straight league defeats but both were narrow against sides in good form and on Saturday were perhaps unfortunate to lose to the league leaders Hornchurch with a goal from a free kick five minutes from time.  There was plenty to compliment the performance especially the two young centre-halves, Jalen Jones and Freddie Carter, the midfield with Billy Crook, Mitch Chapman and David Ijaha were outstanding while out wide Dan Bassett and Ben Krauhaus had good games with Bassett scoring his fifth of the season while complimenting the tirelessly hard working Tom Derry up front. 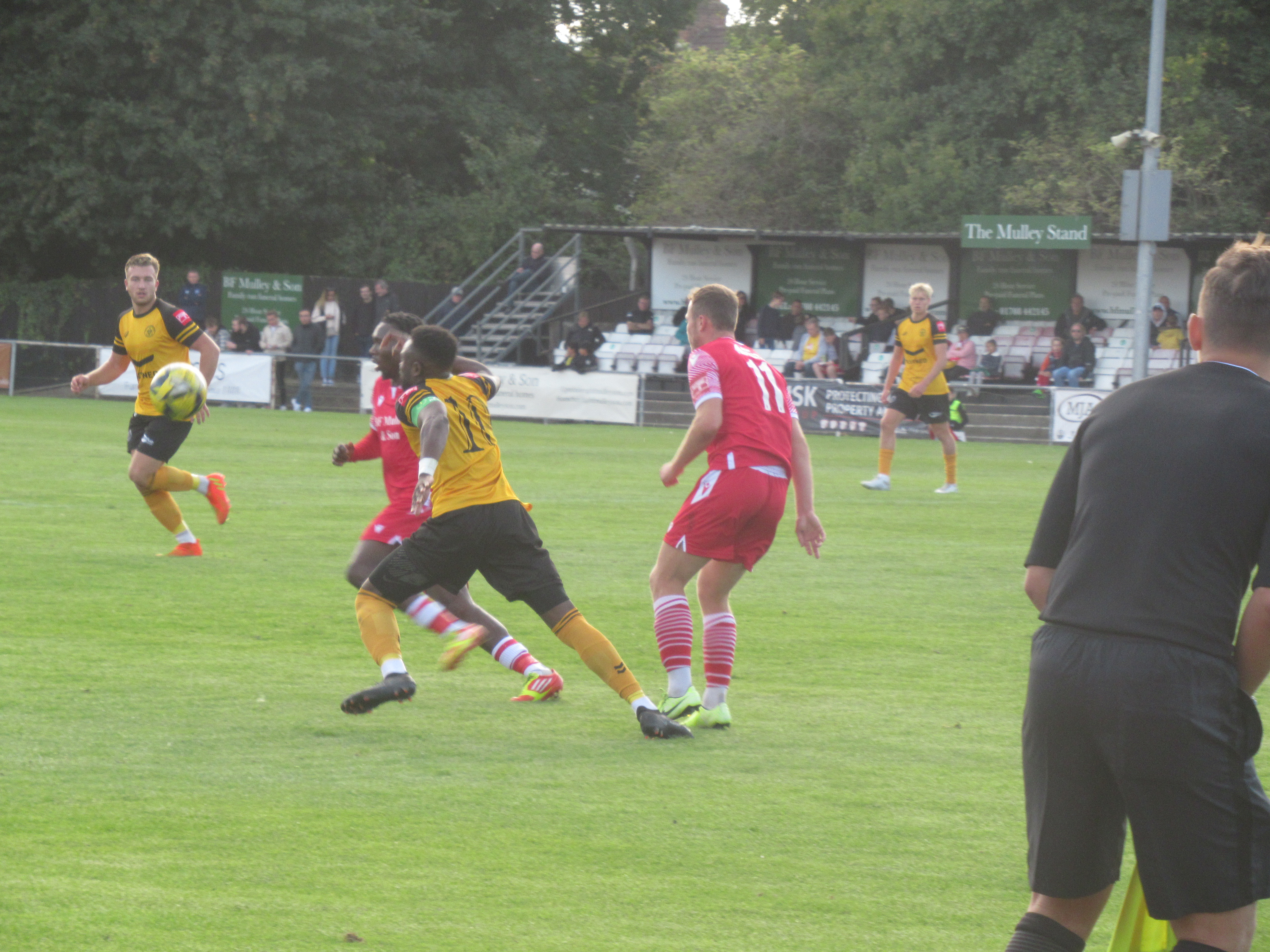 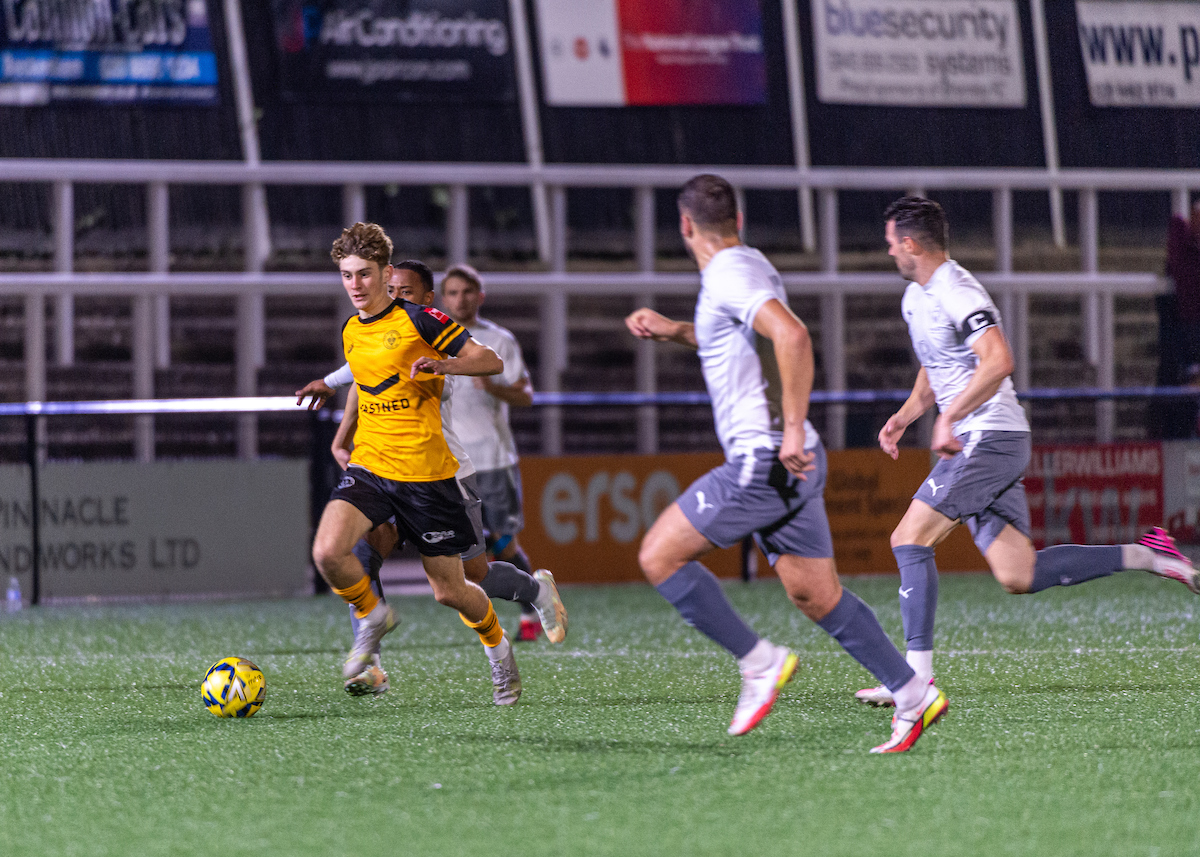 Tuesday could see some fringe players get a chance in what will be a competitive cup tie but also a chance to build a bit of momentum with no league game at the weekend.

Sheppey United are making their Isthmian League bow this season after becoming SCEFL Premier Champions in 2021-22 where they won the title by two points from Chatham Town.  Since then manager Ernie Batten has moved up to Director of Football and Jack Midson has taken the player-manager reins for the season and scored the winner on Saturday in a 1-0 victory at East Grinstead Town, their first win as an Isthmian League club.

Most of their games so far this season have been cup ties and Sheppey advanced past two rounds of the FA Cup beating Athletic Newham and Newhaven Town before bowing out to highly fancied Lewes in a replay after a 2-2 draw at Holm Park.  In the FA Trophy, Sheppey were beaten on penalties by Hertford Town after a 3-3 draw.  In the league, Sheppey are 16th but have only played four matches. They began with a 1-1 home draw with Chichester City, before two narrow defeats, 1-2 at Beckenham Town and 0-1 at home to Sittingbourne before winning at East Grinstead Town on Saturday.

Sheppey United were formed in 1890 and were a Southern League club in their early days before joining the Kent League where they won back to back titles in 1905-06 and 1906-07 where they met Cray Wanderers and again in 1911-12 and 1912-13.  After the 1st World War they moved back to the Southern League but moved back to the Kent League in 1932 and met Cray again in the league before World War II.  The clubs moved in different circles in the 1950’s with Cray in the London League but there was a classic meeting in the Kent Amateur Cup at Sheppey in February 1958 which Sheppey won 4-3.  With the Kent League disbanded Sheppey joined the Aetolian League in 1959-60 with Cray and met regularly and into the Greater London League in 1964-65 for two seasons before joining the Metropolitan League with Cray Wanderers for the 1966-67 season and then through into the Metropolitan London League up to 1972-73. 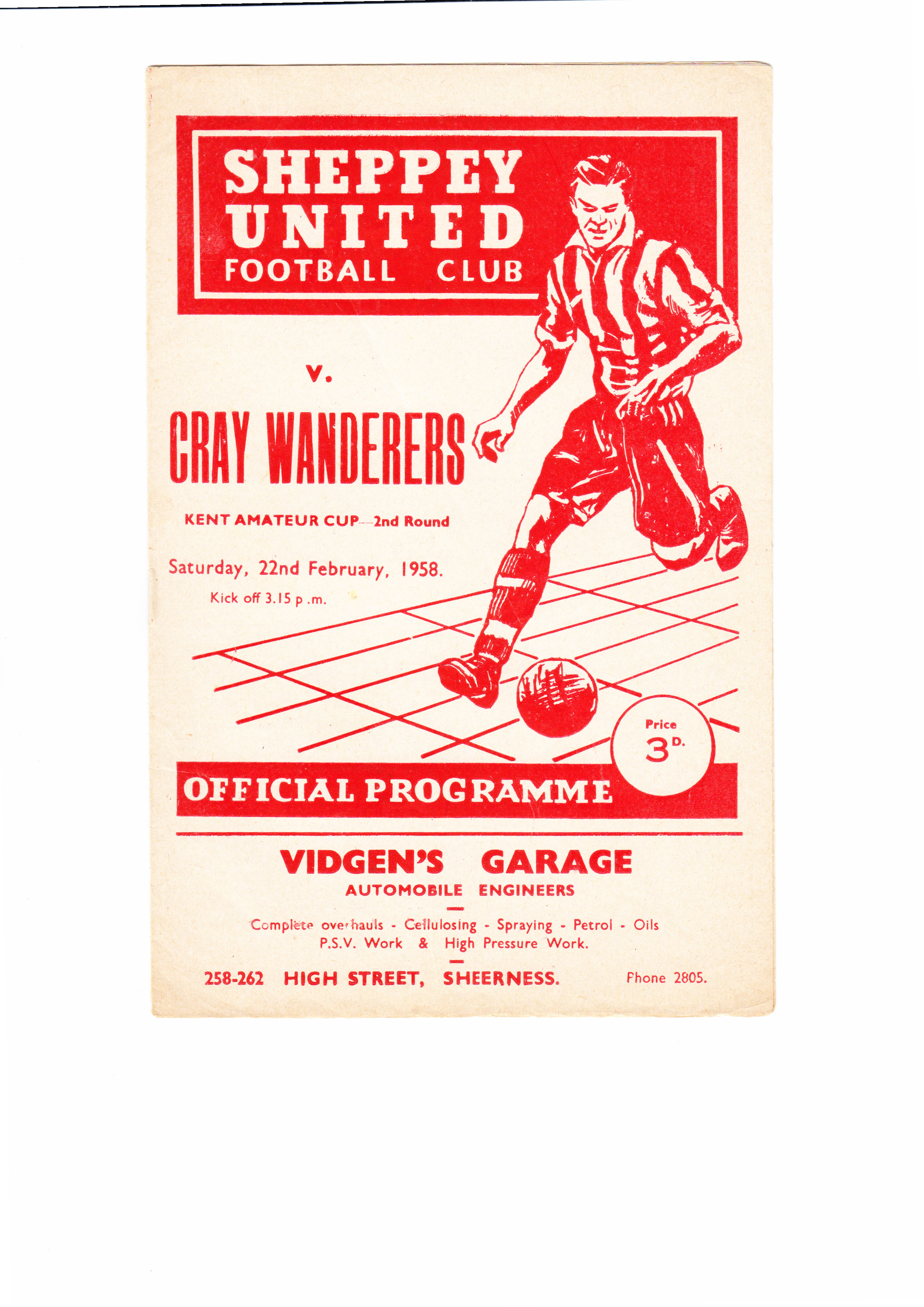 Sheppey returned to the Kent League and won the title twice in 1973-74 and 74-75 and in 1978-79, Cray’s first season back as a Kent League club.  The teams met in a classic Kent League Cup final at Sittingbourne in May 1984 with Cray winning 4-3. They remained in the Kent League until 1984-85 when they moved up to the Southern League where they stayed until 1990-91.  Sheppey had to leave their Botany Road ground in 1992 and played at Faversham Town, Canterbury City and Sittingbourne during the 90’s and Sheppey won the Kent League again in 1994-95 and remained there until the 2000-01 season when they resigned from the league.  The last competitive games saw Cray win 1-0 at Sheppey (at Sittingbourne) in August 2000 with a Peter Cirillo goal while Cray won 2-0 at Hayes Lane with goals from Mark Hammond and Drew Watkins in February 2001. 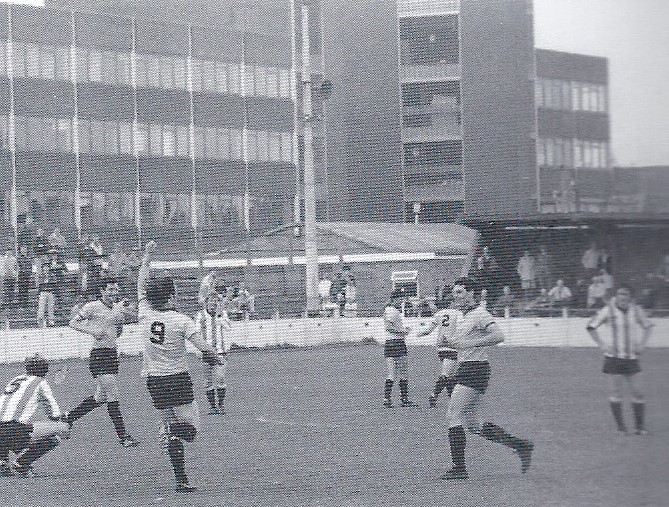 Their journey was completed as they returned as a Kent County League side briefly becoming AFC Sheppey and Sheppey and Sheerness United moved to their Holm Park ground in 2013 and in 2014-15 joined the Kent Invicta League (now SCEFL League Division One) and were moved to the SCEFL Premier in 2016-17 and won the Kent Senior Trophy three times and the Challenge Cup last season as well as becoming champions to take their place in the Isthmian League.

This could be a great game under the lights and at a new ground for many Wands supporters and a resumption of what was a classic rivalry over many years. 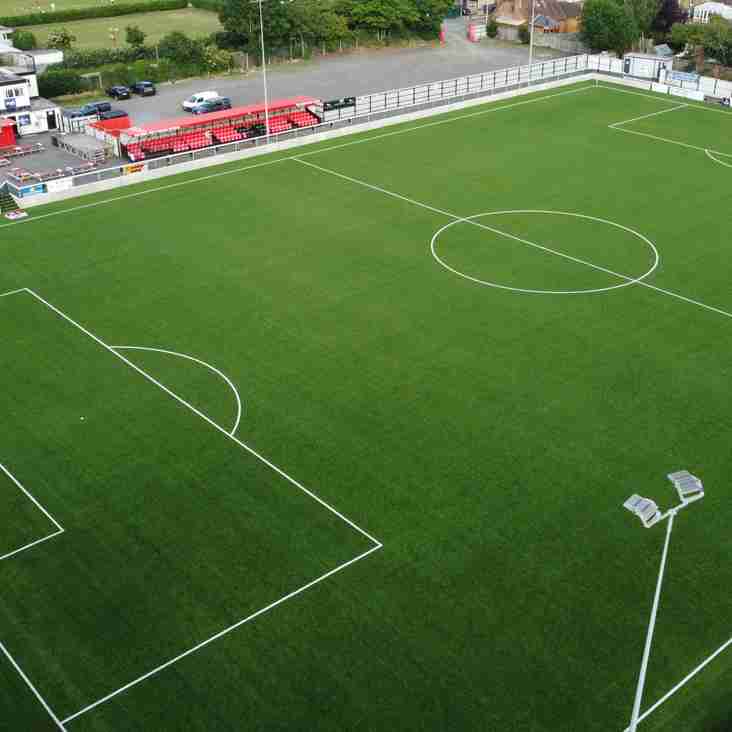 Please note that dogs are not permitted into the stadium,

Please note that the Sittingbourne turnoff from the A2 for the Isle of Sheppey is closed so perhaps best to travel on the M20 and M2.

For those wanting to spend a day on the island, Queenborough is close to Sheerness which has a number of pubs including the Belle and Lion (Wetherspoon).  In Minster you have The Beach Bar & Restaurant and in Eastchurch, the Wheatsheaf amongst others.  In Queenborough itself you have The Flying Dutchman, The Aviator, The Rose Inn, the Old House at Home and the Five Bridges – Marstons all close to the High Street. Also if time you have Leysdown-on-Sea, at the east side of the island which has the Bay View, The Ferry House and Rose and Crown amongst a plethora of amusement arcades.  The two pubs down by the promenade, The Seahorse and Talk of the Town are no more which used to specialise in Karaoke.

For a chippie again you have a choice across the island but nearer to the ground is Sheerness which has the Sandhu Fish Bar, and Sheerness Fish Bar Ltd.  If time I would highly recommend the Galley Fish Bar in Leysdown-on-Sea (Leysdown Road) although if can be very busy is well worth the wait.

The Island is separated from the mainland by the Swale river and the name means Isle of Sheep and has a commercial port in Sheerness.  In 2006, the Sheppey Crossing Bridge was completed giving easier access to the Island rather than the Kingsferry Bridge which raises to allow boats to pass underneath.