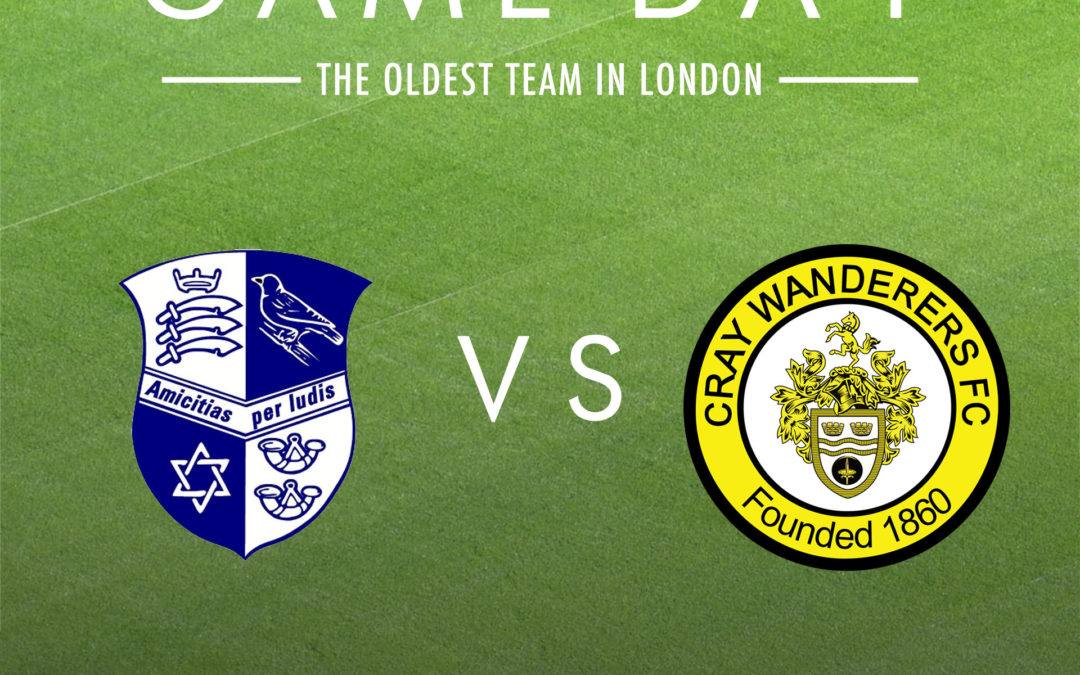 Cray Wanderers are back on the road on Tuesday night after starting November with two home games as the Wands travel to Wingate & Finchley.  Kick off at the Maurice Rebak Stadium is 7.45pm.

Both sides come into the game with good wins at the weekend with Cray moving up into 5th place in the Isthmian Premier table with a 6-1 win against Cheshunt, their biggest ever win the Premier Division.  Wingate & Finchley also won on Saturday and moved out of the bottom three with a 2-1 win at Lewes. 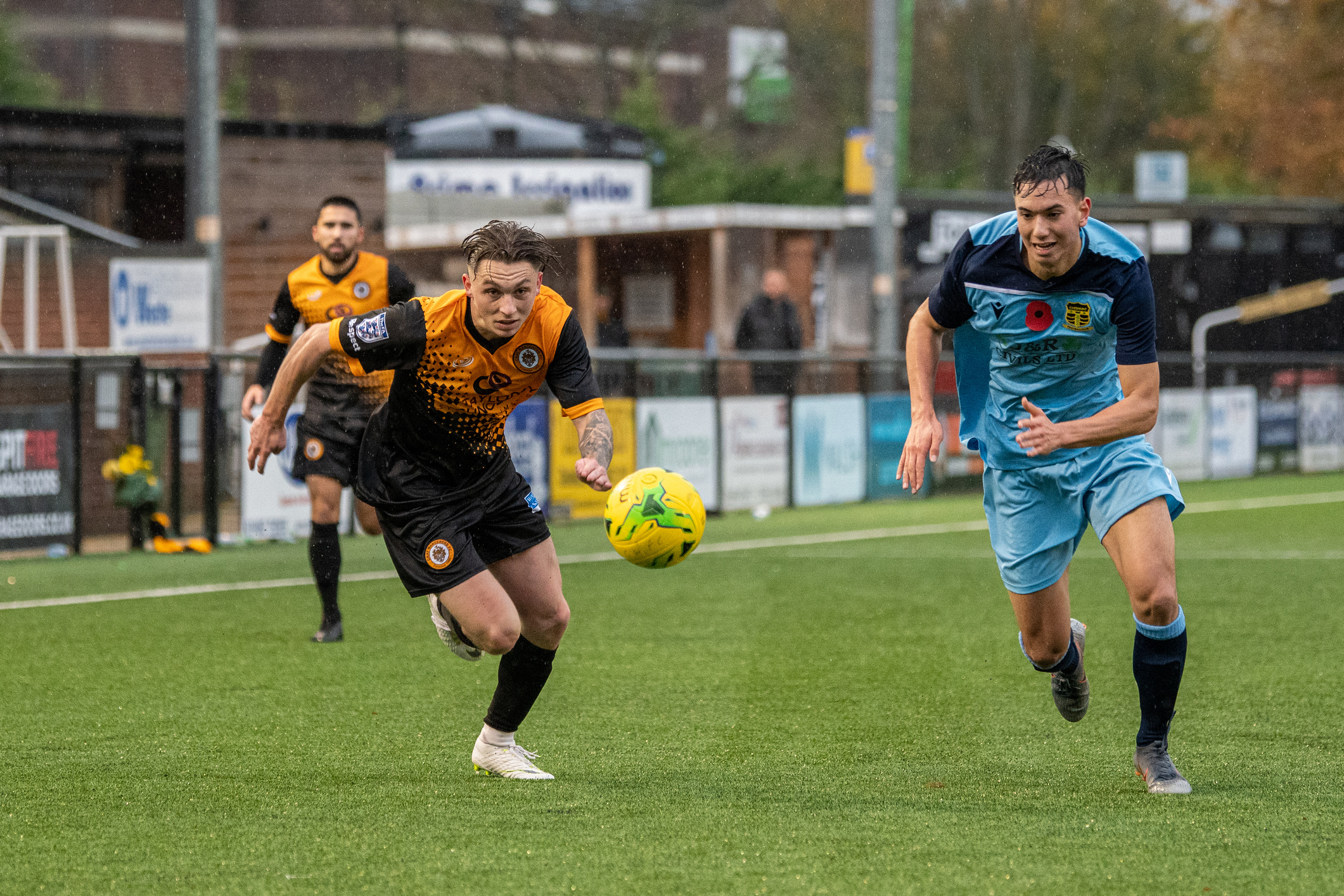 Saturday saw a remarkable scoring debut for loanee signing Joel Rollinson who netted after just 38 seconds of his debut to give Cray the lead against Cheshunt and produced an outstanding display.  Although the visitors quickly got back on terms, they were reduced to ten men after 22 minutes and Cray showed good qualities in breaking down a ten man side.  Firstly, Lee Lewis who has been in superb form in midfield hit two superb strikes from distance to give Cray the lead once again and Joe Taylor made it 19 goals for the season with a hat-trick scored in eight minutes to seal the three points and make if five unbeaten in the league. 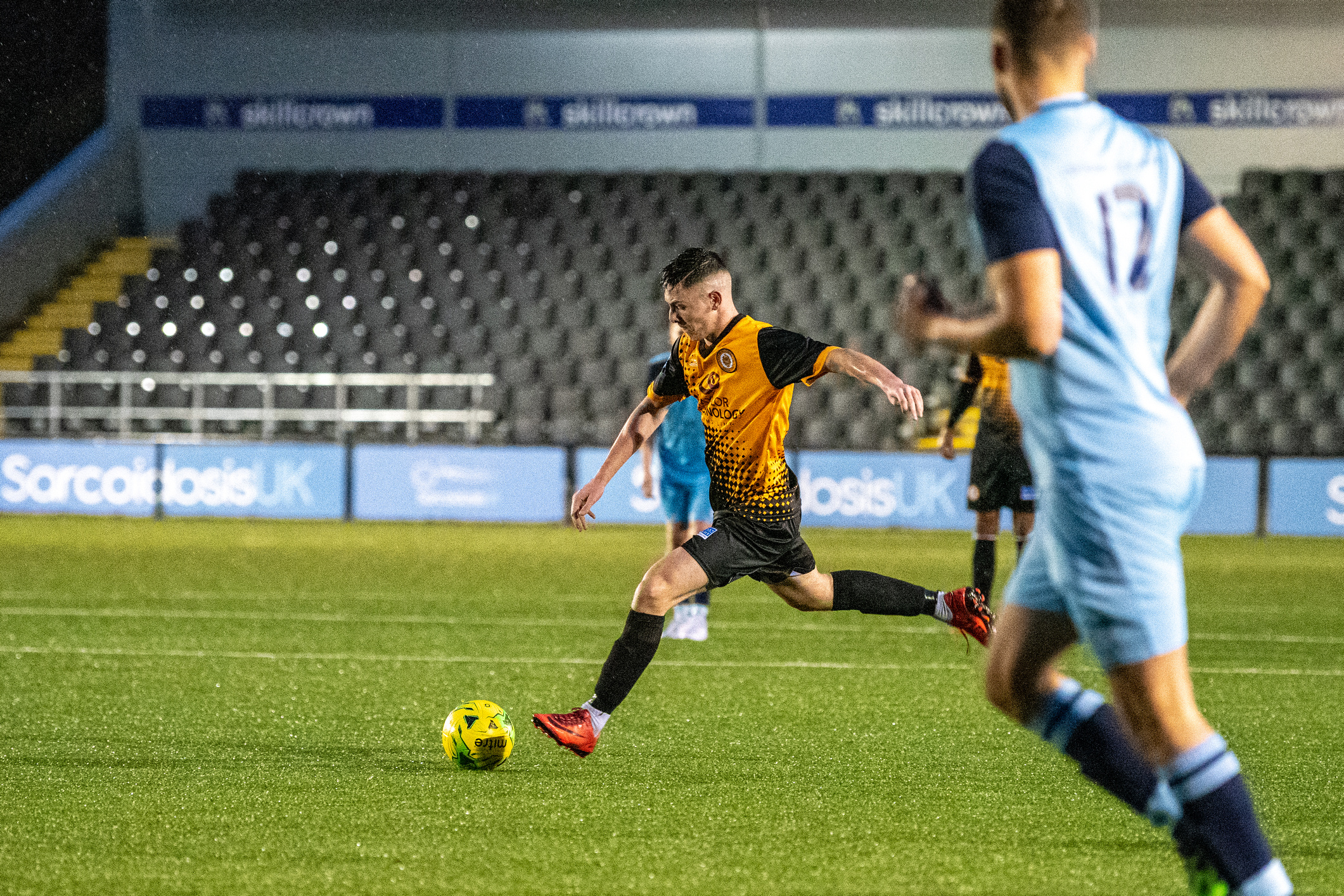 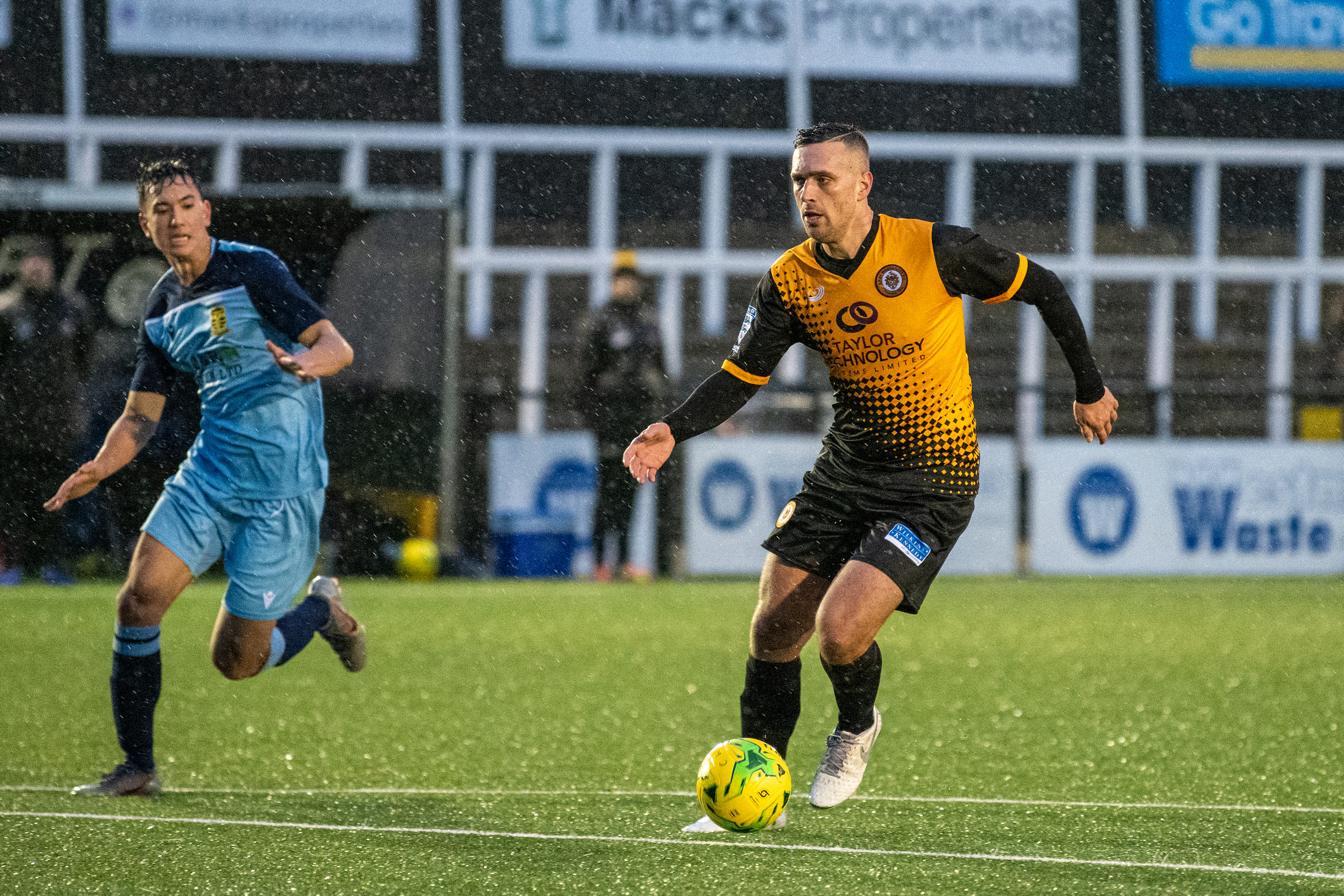 This marks a very decent start to the season for Cray despite not always having a full strength side available and stand at this admittedly still early part of the season aiming to reach their highest every league placing and confidence is high. 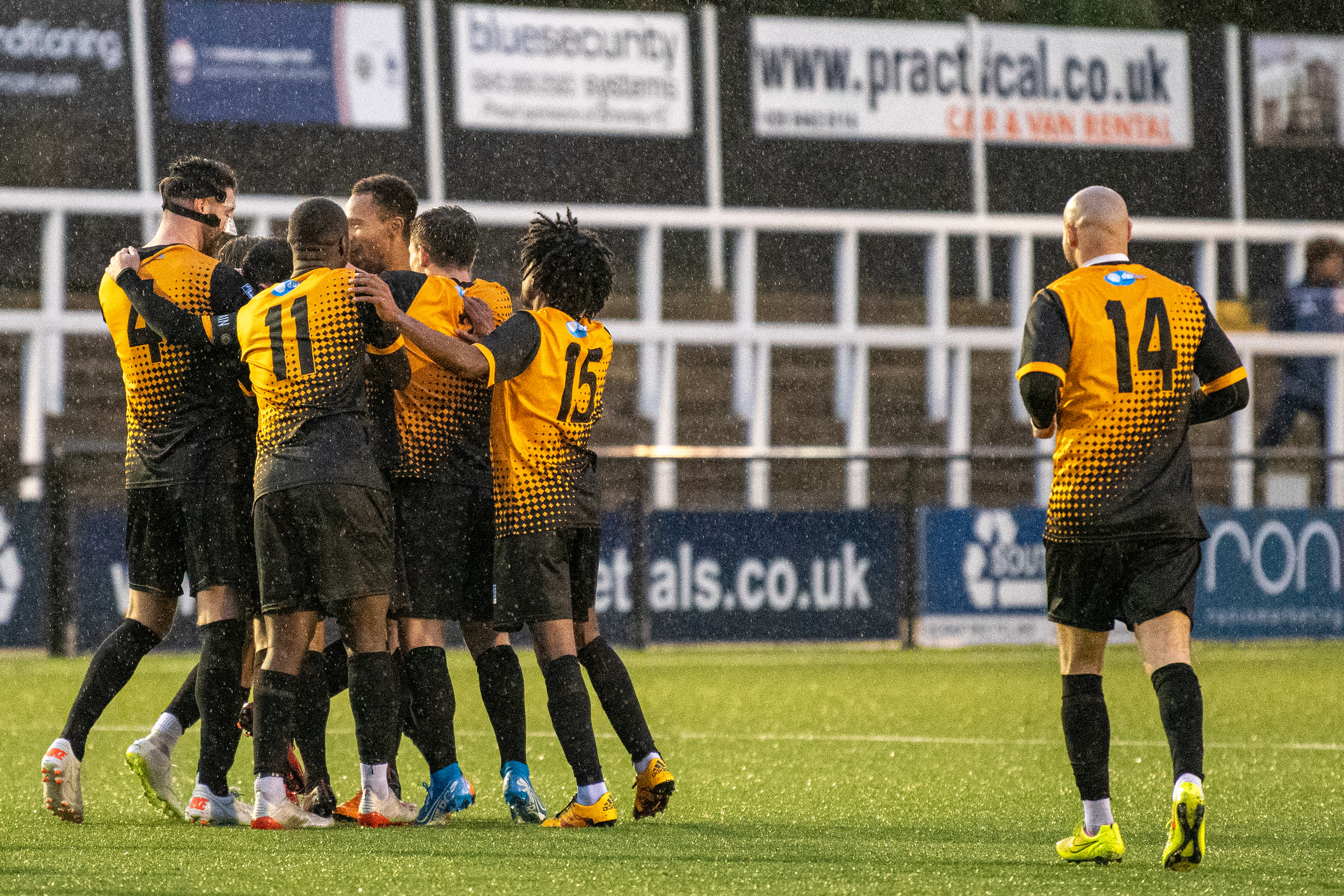 Wingate & Finchley have been members of the Isthmian Premier since 2011-12 so now well established. Last season they finished 19th, two points ahead of relegated Whitehawk but two seasons before that reached the playoffs.  This season began a bit slowly for them but two new arrivals in the last week have given them confidence with experienced Alex Read joining from Enfield Town while Oluwaseun Akinsanya arrived from Ware.  At Lewes on Saturday first half goals from Charlie Ruff and Henry Ochieng set Wingate & Finchley to a 2-1 win and moved Spencer Knight’s team out of the bottom three into 18th place.

At home Wingate & Finchley were the first side this season to beat Haringey Borough (1-0) and also drew with Kingstonian (1-1) and Folkestone Invicta (1-1).  Their other games ended in defeat against Bognor Regis Town (0-5), Merstham (0-4) and Bishop’s Stortford (1-2). Away from home they drew at Bowers & Pitsea (1-1) and Brightlingsea Regent (1-1) while losing at Hornchurch, Horsham, Cheshunt and East Thurrock United. In the FA Cup they advanced past London Colney before losing to all conquering Maldon & Tiptree (2-4). In the FA Trophy Wingate & Finchley were beaten after a replay at Hayes & Yeading United.  They did advance in the Middlesex County Cup beating Edgware 6-0.

The two sides meet in the league for the first time since the 2013-14 season when both sides were relegated from the Premier although Wingate & Finchley were eventually reprieved.  In the league the sides have met 6 times with Cray winning two, Wingate & Finchley once and three draws.  The last time they played at Wingate & Finchley was on 23rd November 2013 when the match finished in a 1-1 draw with Jack Sherrat scoring for Cray.  The reverse fixture at Hayes Lane on 23rd March 2014 ended 2-2.  The sides have met six times in cup competitions with Cray winning four and Wingate & Finchley two.  Fans of a certain vintage may remember Cray meeting the original Wingate club during the 1950’s in the London League Senior Division including the Wands two title winning seasons. 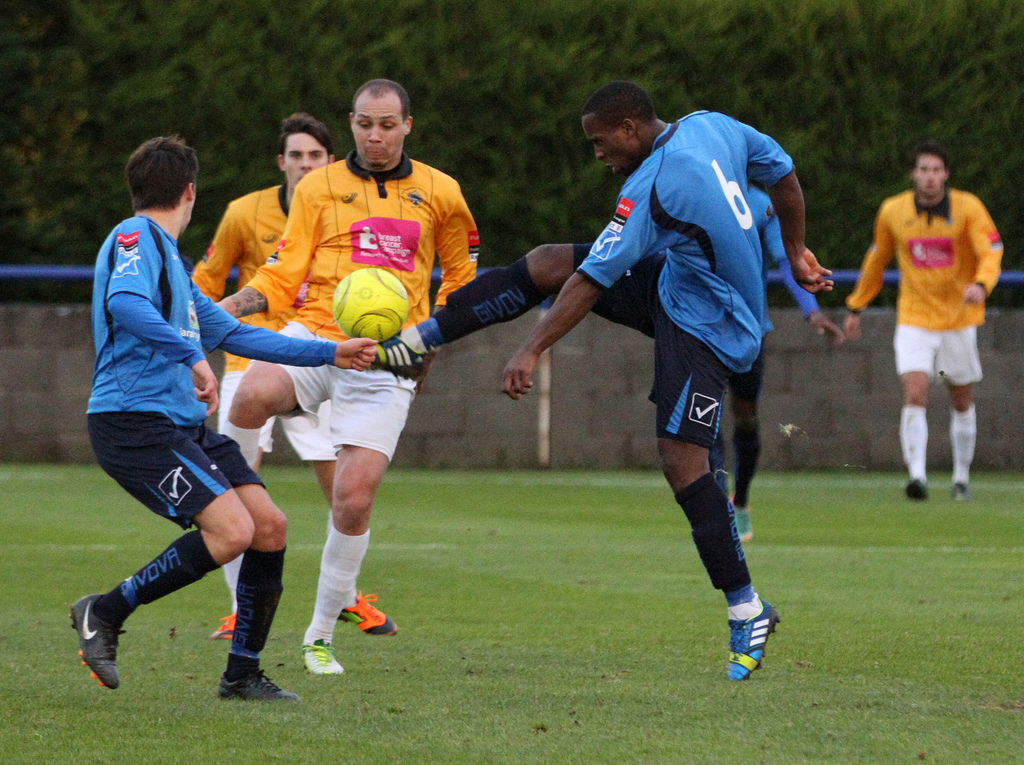 Cray in action at Wingate & Finchley in November 2013 in a 1-1 draw. Adrian Stone competes for the ball with Tommy Whitnell and Jack Clark in the background

Wingate & Finchley were formed in 1991 after a merger of Wingate FC and Finchley FC and the sides playing at Finchley’s ground at Summers Lane were placed in the South Midlands League.  In 1994-95 they were promoted to Division Three of the Isthmian League and were promoted in 1998-99 before being relegated the following season. They then moved between Division One North and the Eastern Division of the Southern League before returning to the Isthmian North.  In 2009-10 they finished third in the North losing to Enfield Town in the Playoff Semi Final.  The following season was their most successful winning promotion via the playoffs after a third placed finish and beat Harlow Town and Brentwood Town to go up. This was alongside winning the Isthmian League Cup and London Senior Cup in the same season.  They settled well into the Premier Division although survived relegation in 2013-14 via a reprieve and in 2016-17 finished fifth losing to Bognor Regis Town in the playoff semi-final.

With both sides perked up by good wins at the weekend this should be a fascinating game and Cray games whether home or away are always good value for money. 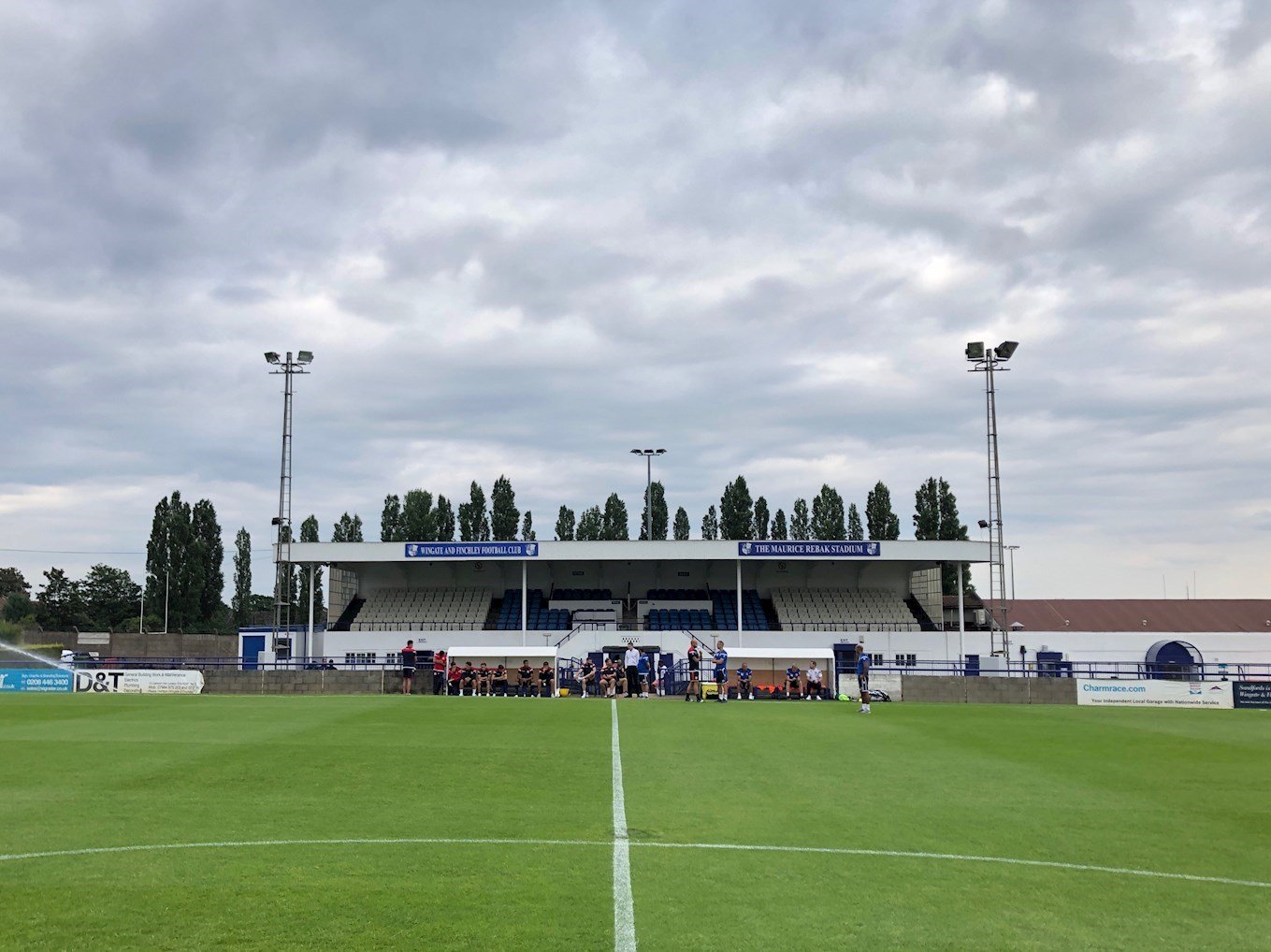 The simplest way to get to stadium is to get on to the A406 North Circular Road.

If coming from the West (eg via M1), go past Henlys Corner (taking the left fork after the traffic lights) and then drive for about 1 mile. The exit to take is the one immediately after a BP garage.  Take the slip road and then turn right at the lights onto the A1000.

If coming from the East (eg via A10, M11) take the A1000 turn off. At the end of the slip road turn left at the lights. Go straight over the next set of lights, then after 100m pass through another set of lights.  Then at the next set of lights turn right into Summers Lane. The Stadium is a few hundred metres down on the right hand side.

Please be aware NOT to park in the Rugby Club next door, as they will close their gates and lock you in. There are plenty of nearby streets, although please note not to park on the kerbs and also some surrounding roads have yellow lines.
The Club car park on matchdays is available for Club Officials (Home & Away), Players, Staff and VIP guests only.

The nearest Underground station is West Finchley Station (Northern Line – High Barnet branch).
The station is a 10/15 minute walk away from the Ground. Alternatively go to East Finchley Station and get a 263 bus heading North towards Barnet. Get off at the bus stop just after Summers Lane traffic lights

The nearest station is New Southgate in Travelcard Zone 4, approximately 1.5 miles from the Abrahams Stadium. Trains are operated by First Capital Connect.
At the top of the station steps take the right hand gangway which brings you onto Station Road. Head left up Station Road towards bus stop. The regular 382 service to Millbrook Park goes via Summers Lane and takes about 5-10 minutes. You will need to alight at the Woodgrange Avenue stop, which is a short walk to the ground.

Please note as we are playing on a weeknight best to give yourself plenty of time as can take a while by public transport. 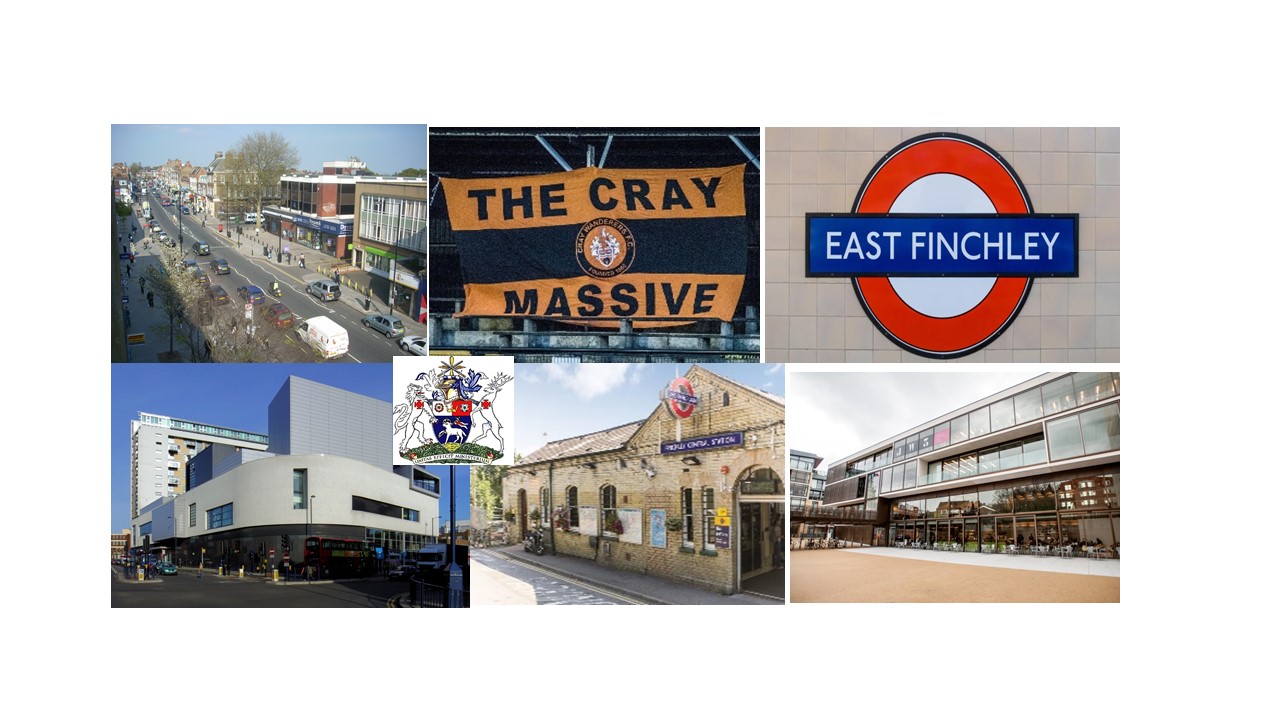 Nearest Pubs:   Please note the Wingate & Finchley website – http://www.wingatefinchley.com/guide.php gives a comprehensive guide to local watering holes and places to eat. The nearest pubs are the Elephant Inn in North Finchley which is also a Thai Restaurant around 0.6 miles away with the Tally Ho (Wetherspoons) is similarly located.

If coming in to East Finchley then the Old White Lion and the Bald Faced Stag are a bit of trek on foot but the 263 bus will take you will take you close enough to the ground.

For a decent chippie on what will be a coldish night you would think, The Two Brothers Fish restaurant in Finchley is worth a stop off. About 1.4 miles away or a 263 (south bound) bus will take you to the ground.