There are a few weeks to go but here is a glance at Cray Wanderers pre-season fixtures as of today. Sometimes there can be changes to the schedule but at this stage it is quite a stern workout for Smudge and the side. 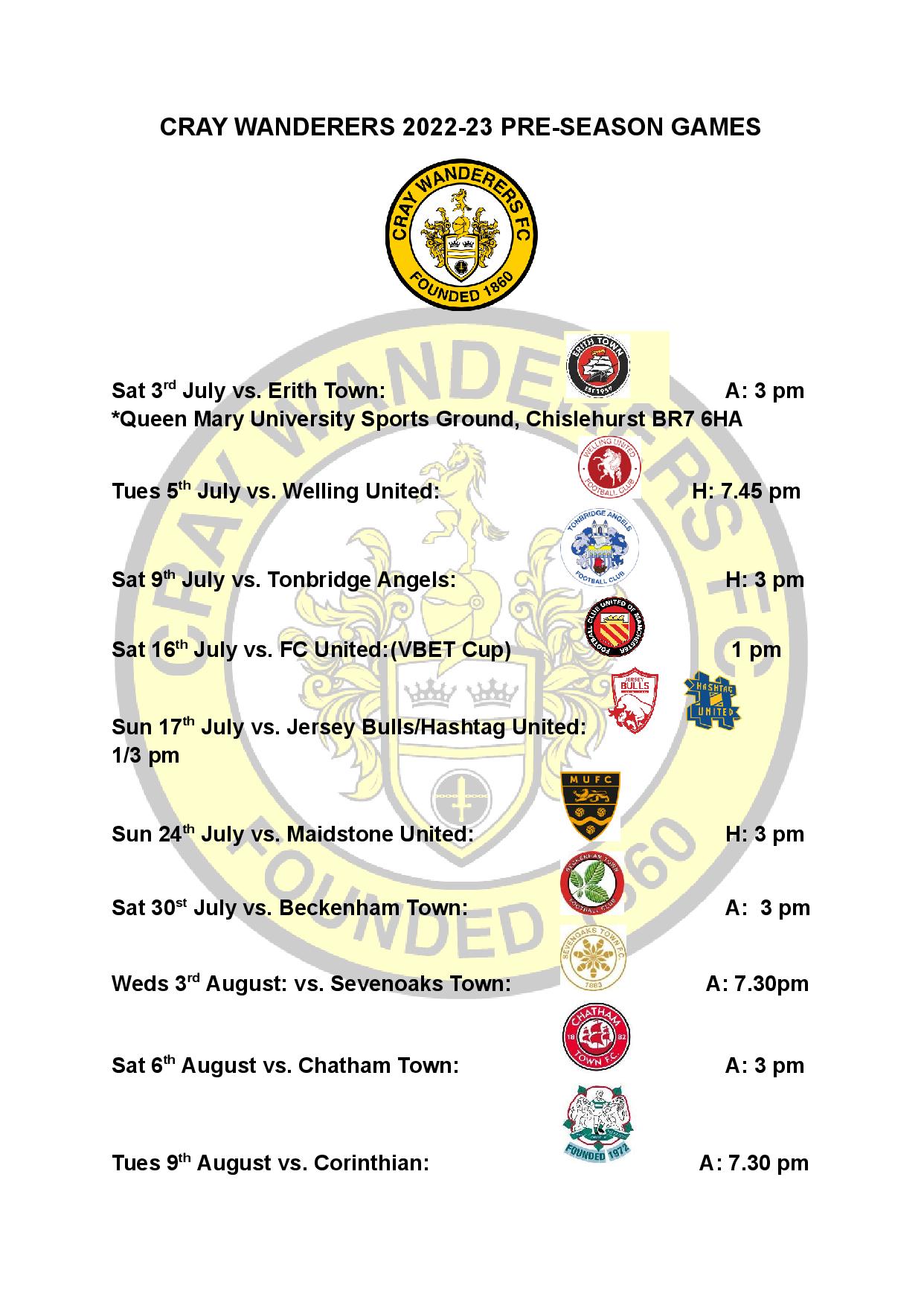 We start off on Saturday 2nd July vs Erith Town in a match being played at the Queen Mary University Sports Ground in Chislehurst, ko 3pm.
Then we face National South opposition in two home games vs. Welling United who like Cray had their own battle against relegation on Tuesday 5th July, 7.45pm and then Tonbridge Angels on Saturday 9th July and now under the management of Jay Saunders, 3pm.
We then head to Jersey for the VBET Cup tournament over 16th – 17th July. We are due to play FC United of Manchester on Saturday 16th, 1pm ko and either Jersey Bulls or Hashtag United the following day. More information about the VBET Cup to follow in due course.
On Sunday 24th July Cray are at home to the new National South champions Maidstone United, 3pm and should guarantee a healthy crowd.
We finish off against Isthmian South-East opposition, starting with Beckenham Town away on Saturday 30th July. This will be the fourth season in a row we will travel to Eden Park Avenue and the last three have seen Beckenham playing in different divisions after promotion from the Combined Counties League to the Isthmian South-East after being SCEFL regulars for years.
Then we go to Sevenoaks Town on Wednesday 3rd August, 7.30 who finished the season strongly after looking likely to go down earlier in the season.
The final week we travel to Chatham Town who we started pre-season against last season (the day after England beat Denmark in the Euros semi-finals). Finally on Tuesday 9th August we visit Corinthian, 7.30 pm who we played in the Kent Senior Cup last season and a good way to bring things to a close ahead of the start of the season on 13th August.