SE Dons – A journey to the Dead End – A Cray Wanderers perspective on SE Dons first game at Flamingo Park.

Sunday 5th January, 2020 saw the start of a new dawn at Flamingo Park as the SE Dons after a little bit of a delay finally made their home debut on the newly laid pitch at Cray Wanderers future home.  On that day, the Dons were at home at the dubbed “Dead End” to the cleverly named Roca Seniors from Peckham in the Orpington & Bromley District League. 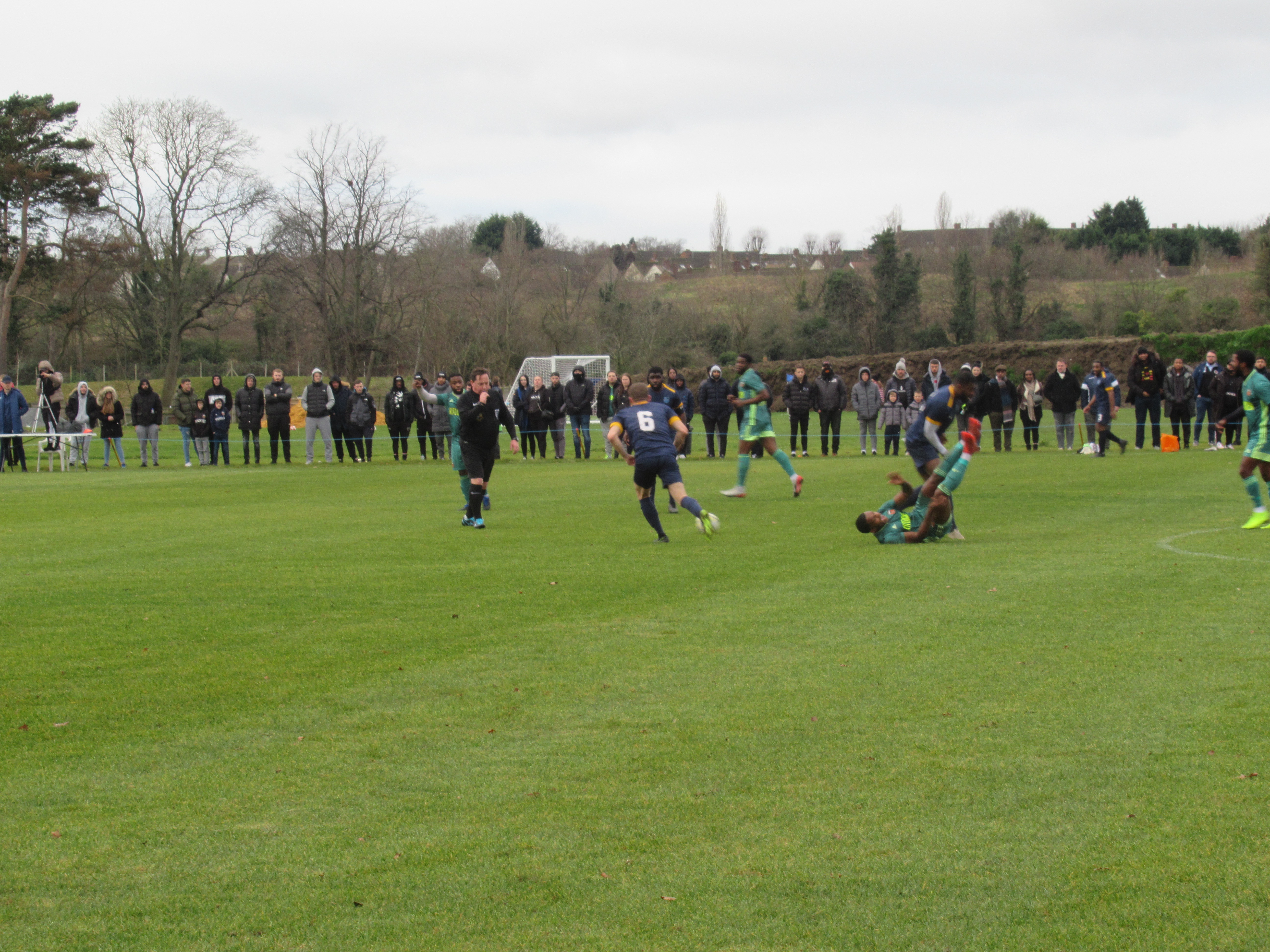 I travelled by foot from Mottingham on the 35 minute journey and I admit I was a bit sceptical as Sunday league football has never really been my thing but the lure of the Dons was too great not to miss and on arrival 15 minutes before kickoff was impressed by the amount of supporters, possibly in excess of 500 and the busy car park.  Also the signage as you enter the ground features the badge of Cray Wanderers and the Dons and shows a partnership in full bloom.

The new pitch which has had some well highlighted drainage problems looked pristine with just a couple of sandy patches and played  well throughout the game and the Cray Wanderers U14s fixture that followed. A great tribute to the groundsman and the patience of all involved that their hard work had come to fruition. 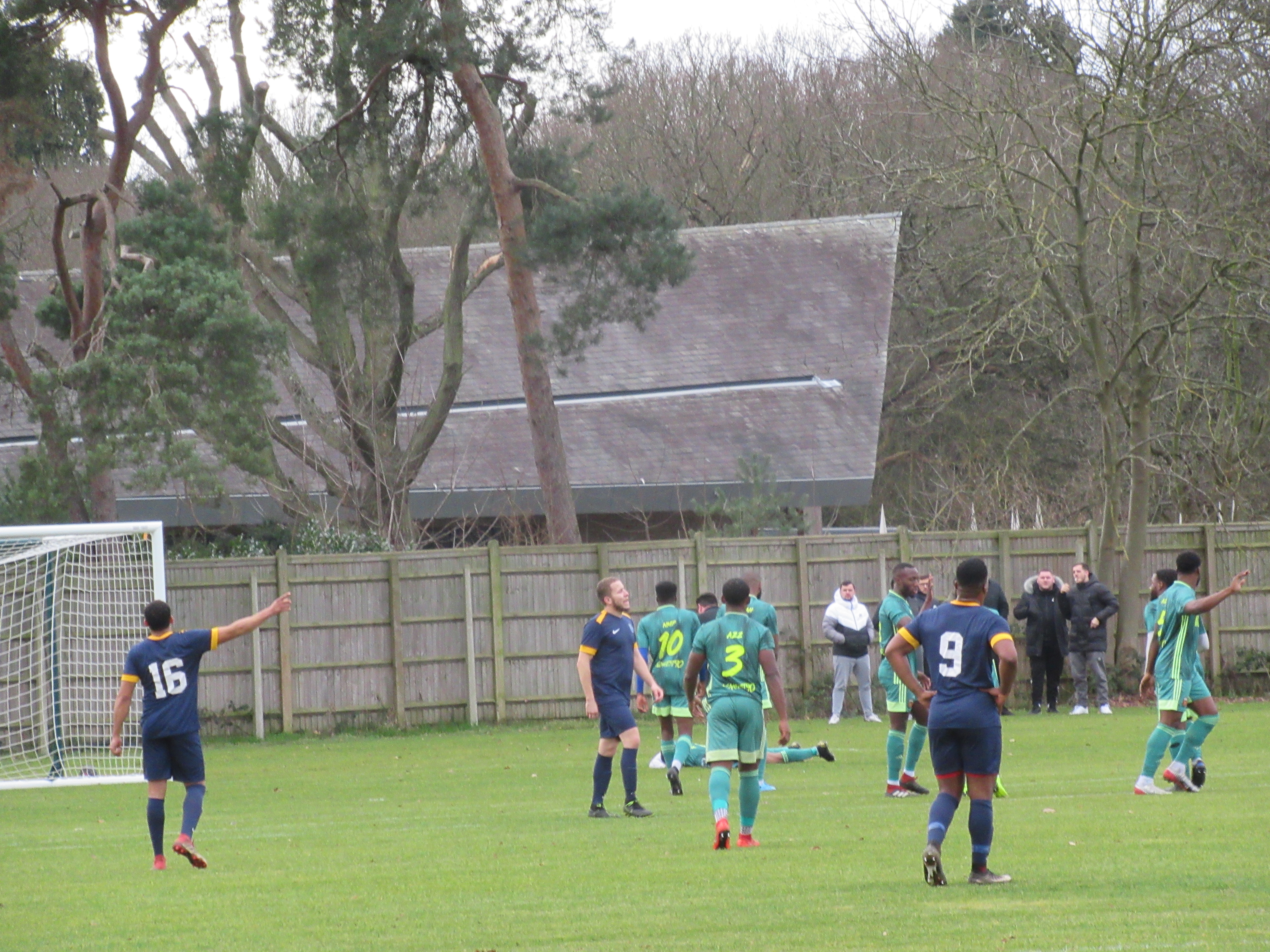 Flamingo Park was no stranger in days gone by for hosting Sunday league football as the former National Dock Labour Board ground saw many games and teams play there and often attracted good crowds. Players including those from Cray Wanderers would often play first team football on a Saturday and supplement that on a Sunday.  That so many people had come to the ground for a cold January morning showed testament to the message the Dons are getting across. 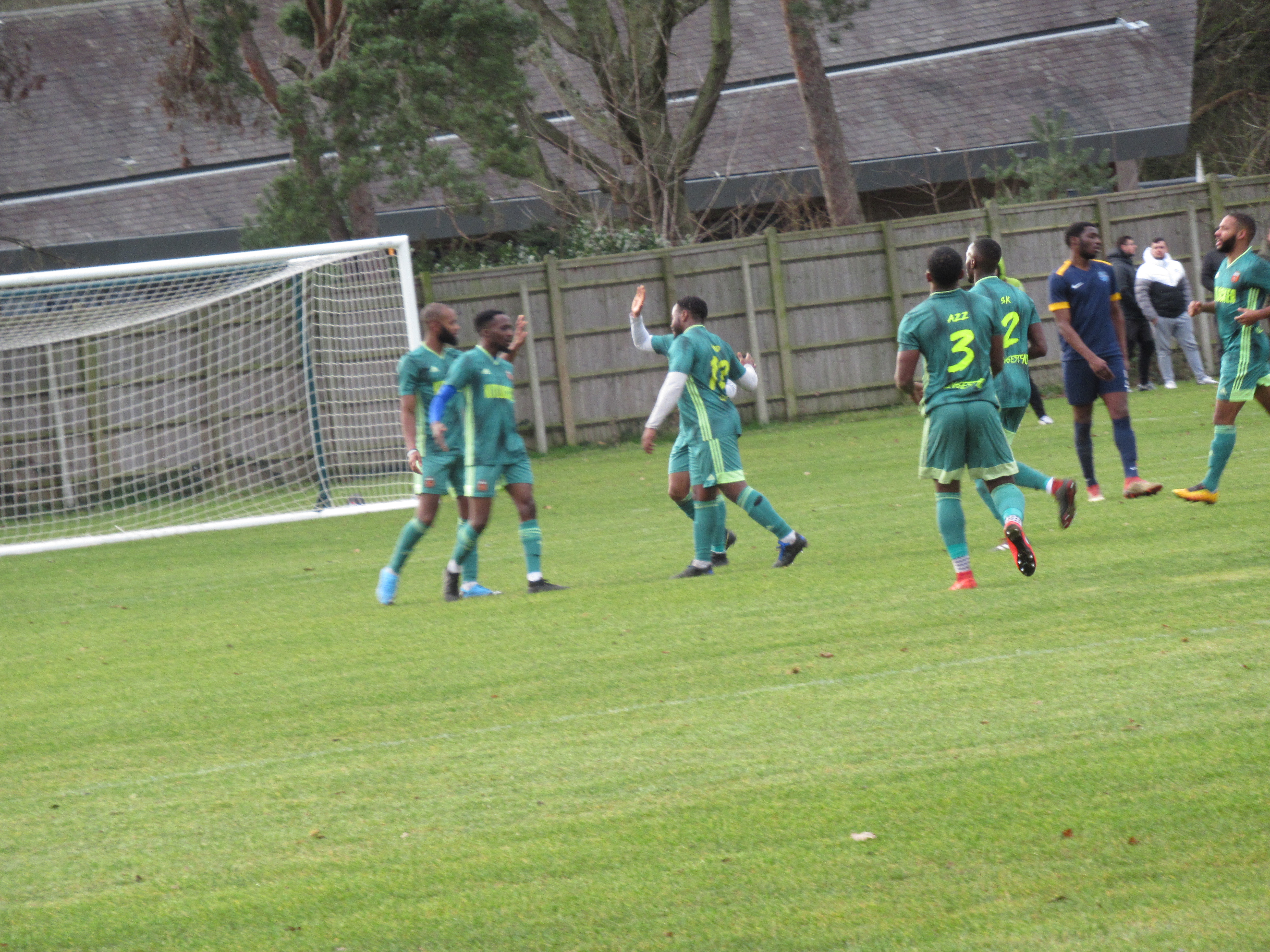 South East London is a wonderful place and has been my home since I was 6 years old and is chock full of potential. The Dons use football, music, social media and an ultimately positive message to anyone thinking of a life of crime or feeling neglected in society that it doesn’t have to be this way and for 90 minutes the mixture of football and community spirit is a winning mix.  Like anything done with good intentions but maybe in an unorthodox way it attracts haters and cynics and the SE Dons have had some negative reactions on social media but that often means you are doing something right and a mixture of jealousy and envy comes into play.  The home kit, a distinctive, turquoise and yellow is pretty unique and one of the best home kits I’ve ever seen (along with Cray Wanderers of course).

If like me you haven’t had much experience of Sunday football, it truly is football stripped bare in many ways.  No stands or terrace, no admission costs, located right by the touchline you feel part of the game and the football played on the pitch was very good, committed as you would expect and lots of talent on the field. A big word for the Bacon Rolls too which are extra special and the finest cup of tea tasted anywhere this season up in the club house/Pavilion. 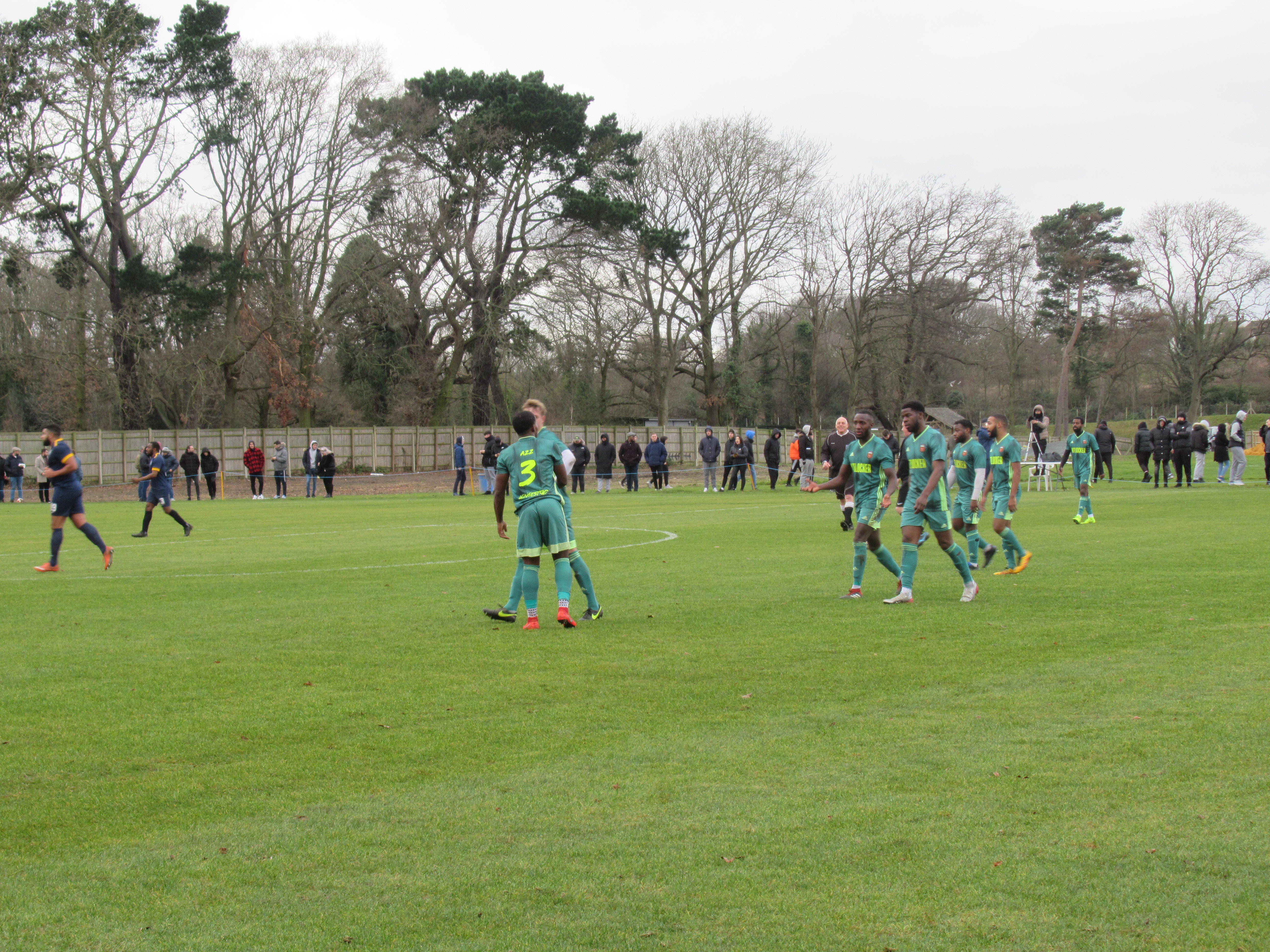 SE Dons have a number of successful players at non-league level in the side including Zak Ansah who was with Cray Wanderers as a youth player who played against the Wands for Hythe Town for two seasons and also the gentle giant of a goalkeeper in George Kamurasi who has faced Cray as a Grays, Ashford and Hythe keeper.  The Roca Seniors team had three ex-Wands in the side, Zak Henry, Jacob Erskine and Tyrone Guthrie. 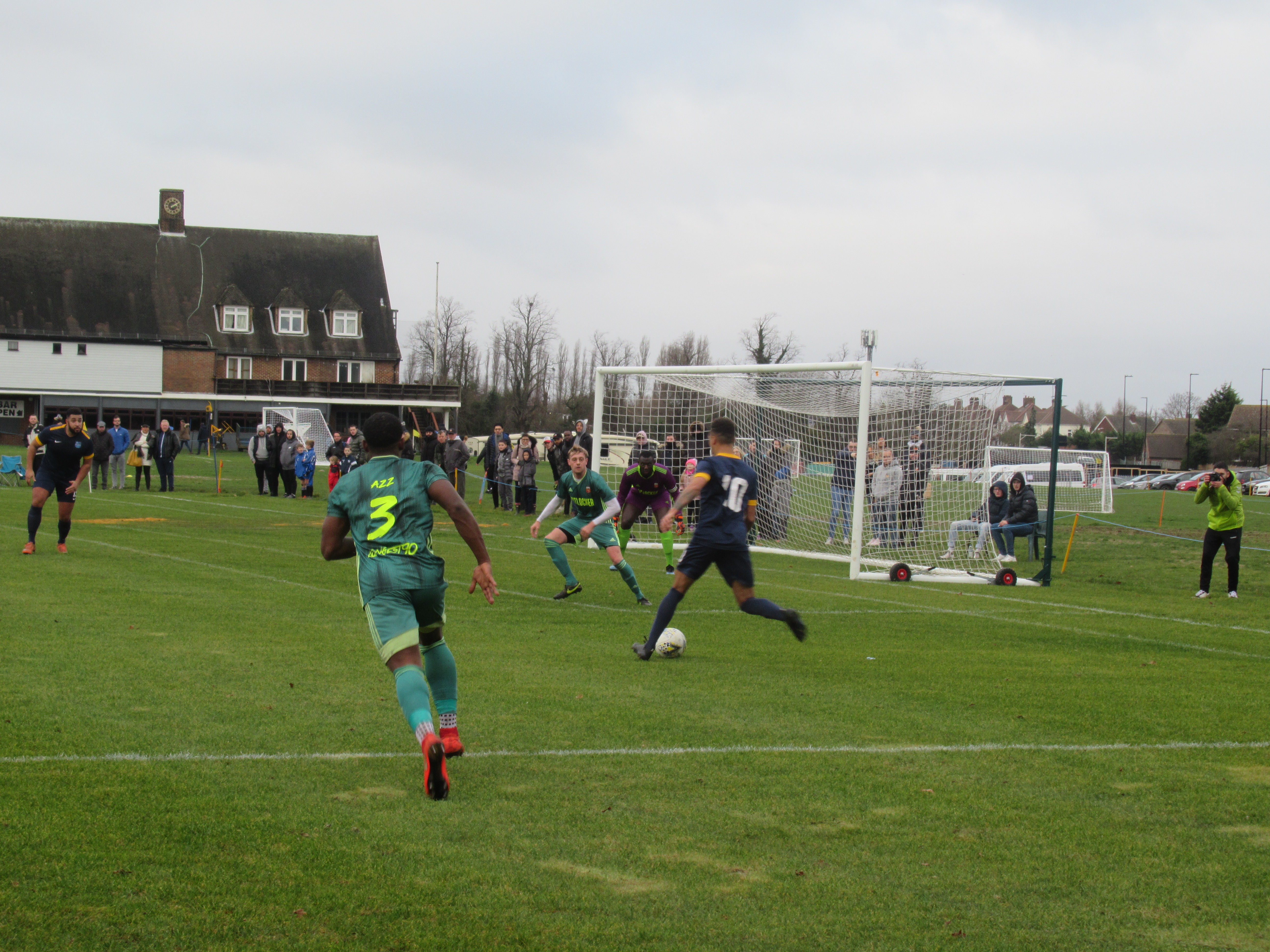 The game itself seemed to pass by in a flash which usually means it is a good game.  Both sides had early chances and Kamurasi made a couple of fine saves and also Roca hit the woodwork but the Dons were dangerous going forward and went 3-0 up with Ryan Palmer scoring twice and Nathan Palmer before on the stroke of half time, Roca pulled a goal back.  It looked like it was going to be a dramatic second half when Roca scored straight after the restart but the Dons regrouped and an Ansah goal made it 4-2 on the hour and four minutes from the end the scoring was completed and the Dons won 5-2.  This makes it 4 wins out of 4 in the league for the Dons and are a point behind co-leaders Farnborough OBG and Groundhoppers FC. 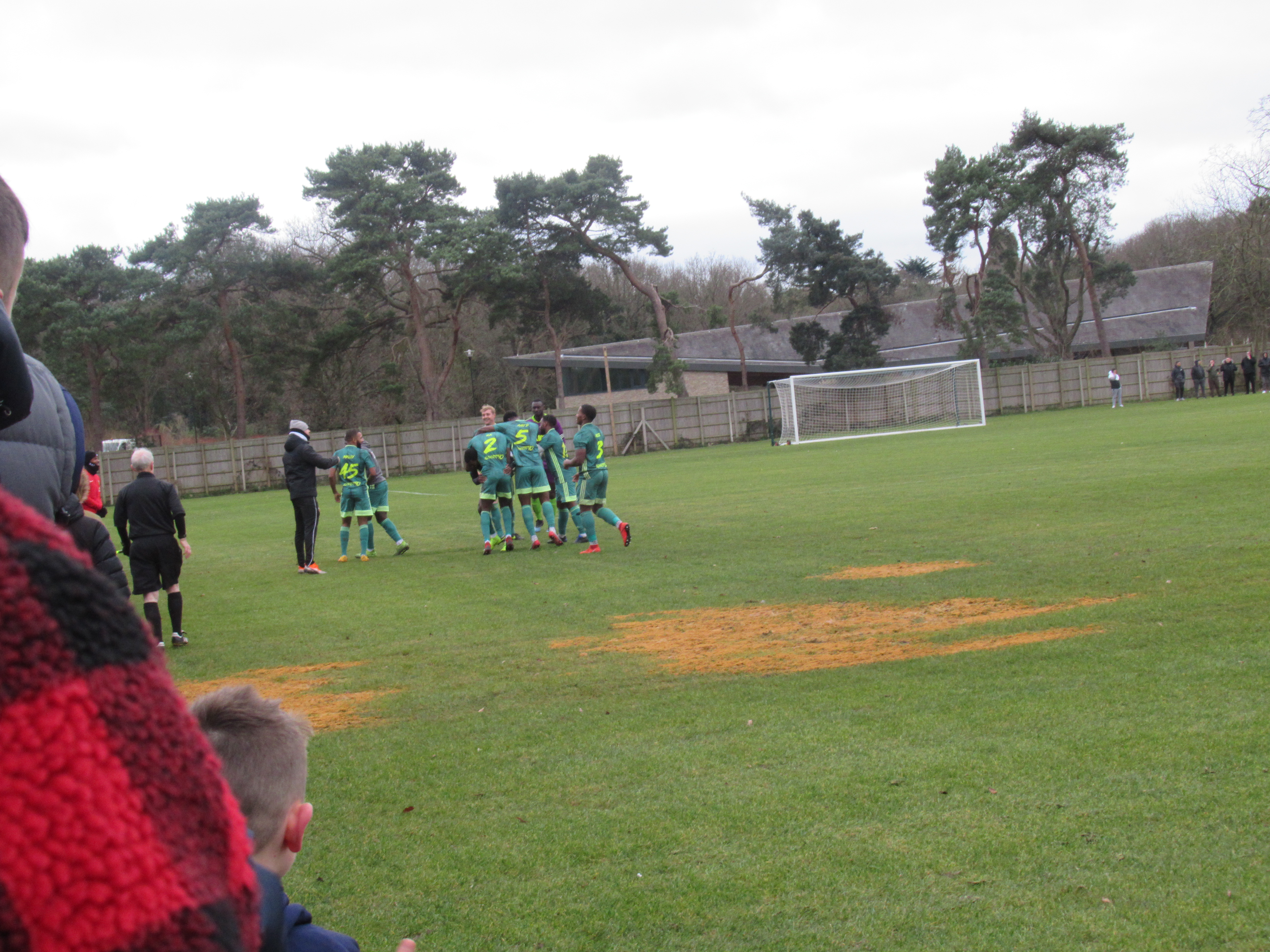 The biggest testament you can give a match is if the match officials are enjoying it and the linesman on the right hand side was loving every minute of the game, the fact it was being filmed and said early in the second half that this is the best thing that has ever happened to Sunday League football. 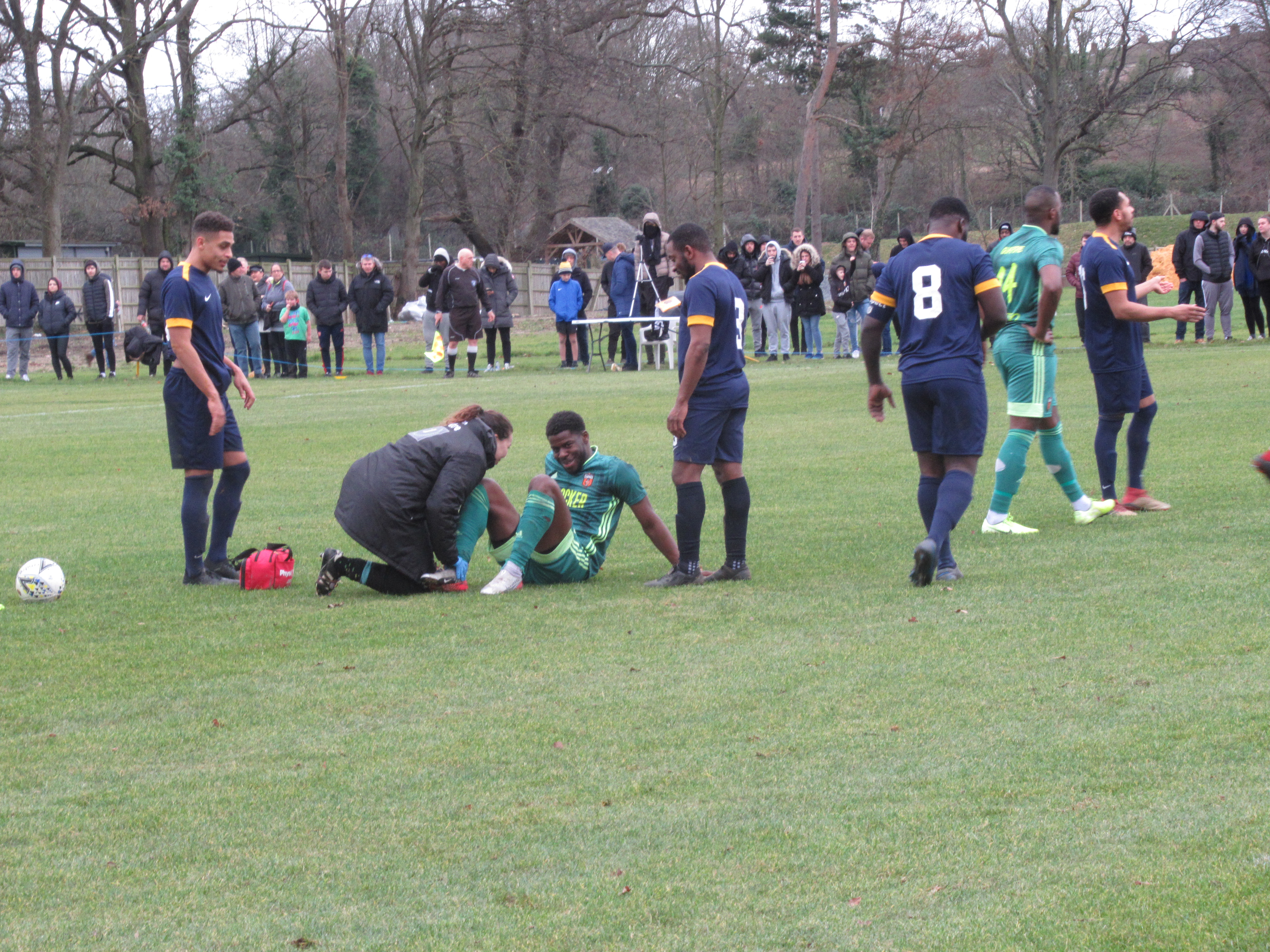 Will it last? There is no reason why it shouldn’t.  The club is not going above its station and has plans to remain a Sunday league side and the good thing is that other clubs may have to emulate or better the Dons and that can only be good for the league and competition as a whole.

Am I now a convert? I would say, yes and plan to come to the next home game on Sunday.  Away games? Maybe play that be ear but the merchandise looks great and of a professional standard and hopefully can rustle up the pennies to buy some. 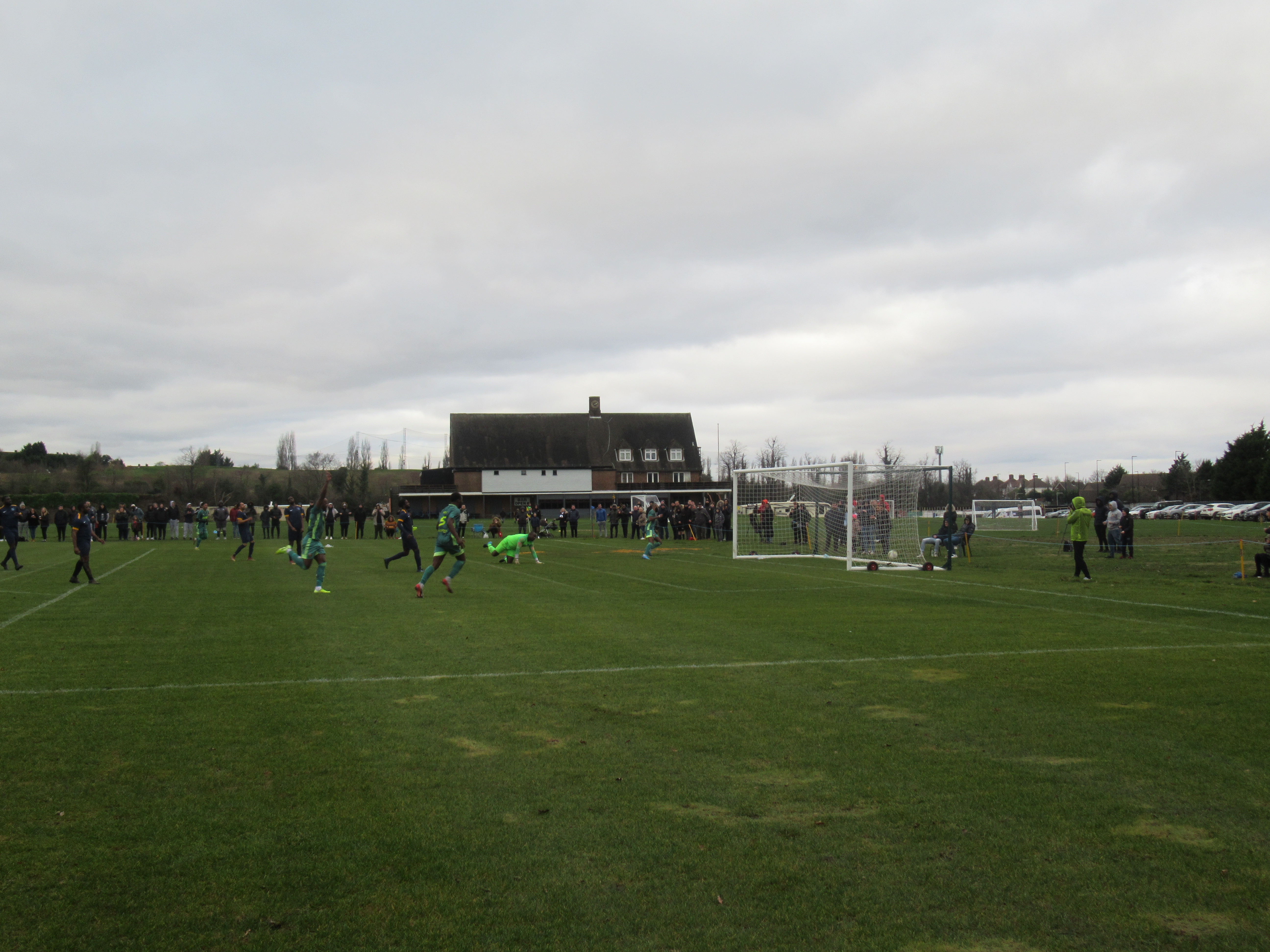 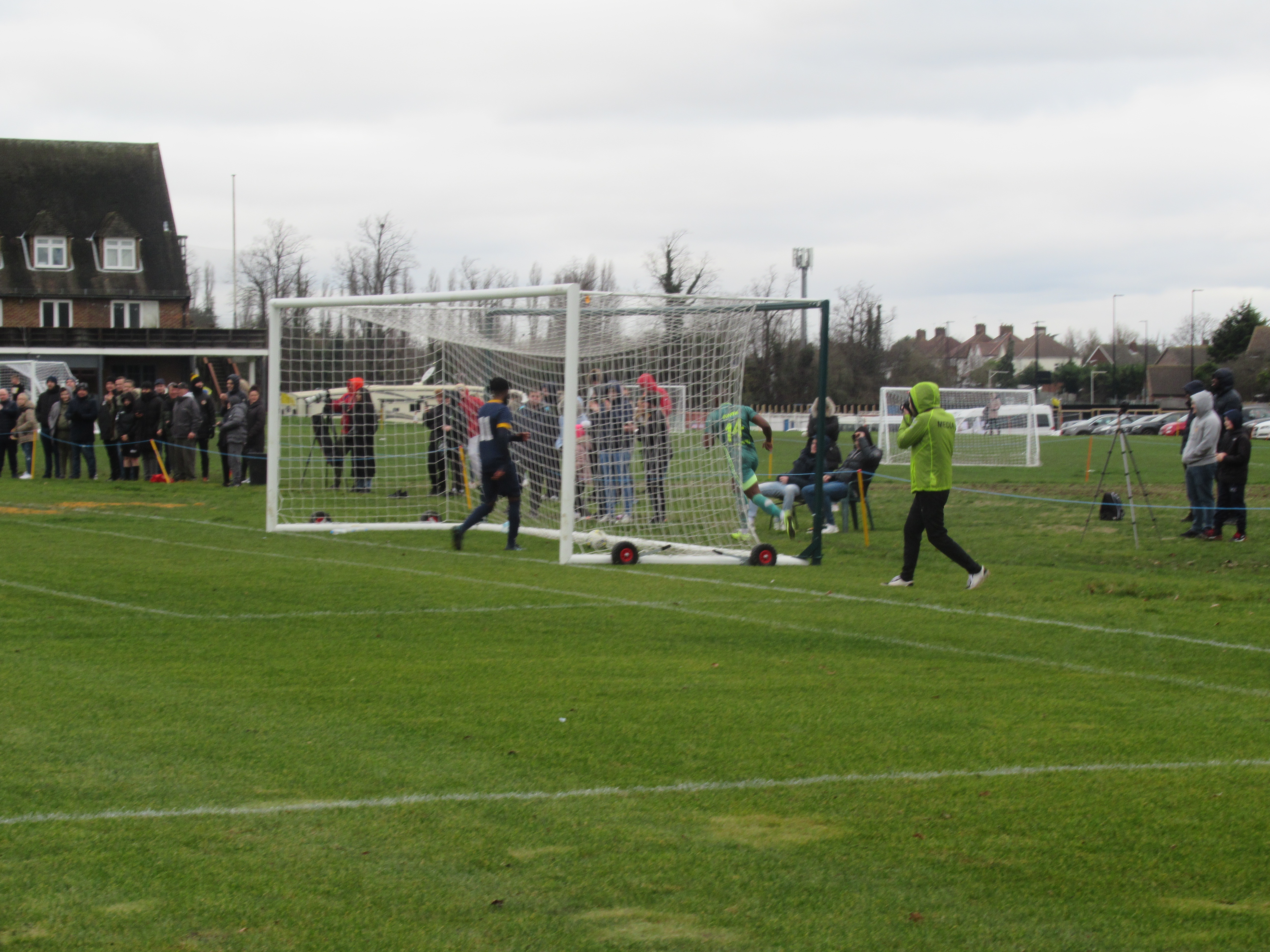 SE Dons were founded in 2014 by Grime musician Don Strapzy and unusual for a Sunday league side have used the power of social media to get their message across to huge success with You Tube followers in excess of 100,000.  SE Dons play in the Orpington & Bromley Sunday Football League Premier Division and finished second in their first season at that level.  April 2019 was a great month for the team as they were successful in cup competitions winning the Sunday Premier Cup Final beating six time winners Sun FC 4-0 in the Final at Maidstone in front of a huge crowd of 2000 breaking records for a Sunday Cup Final. Two weeks later they won the Paul Picard Cup beating Kenningwell in the final at Hayes Lane. 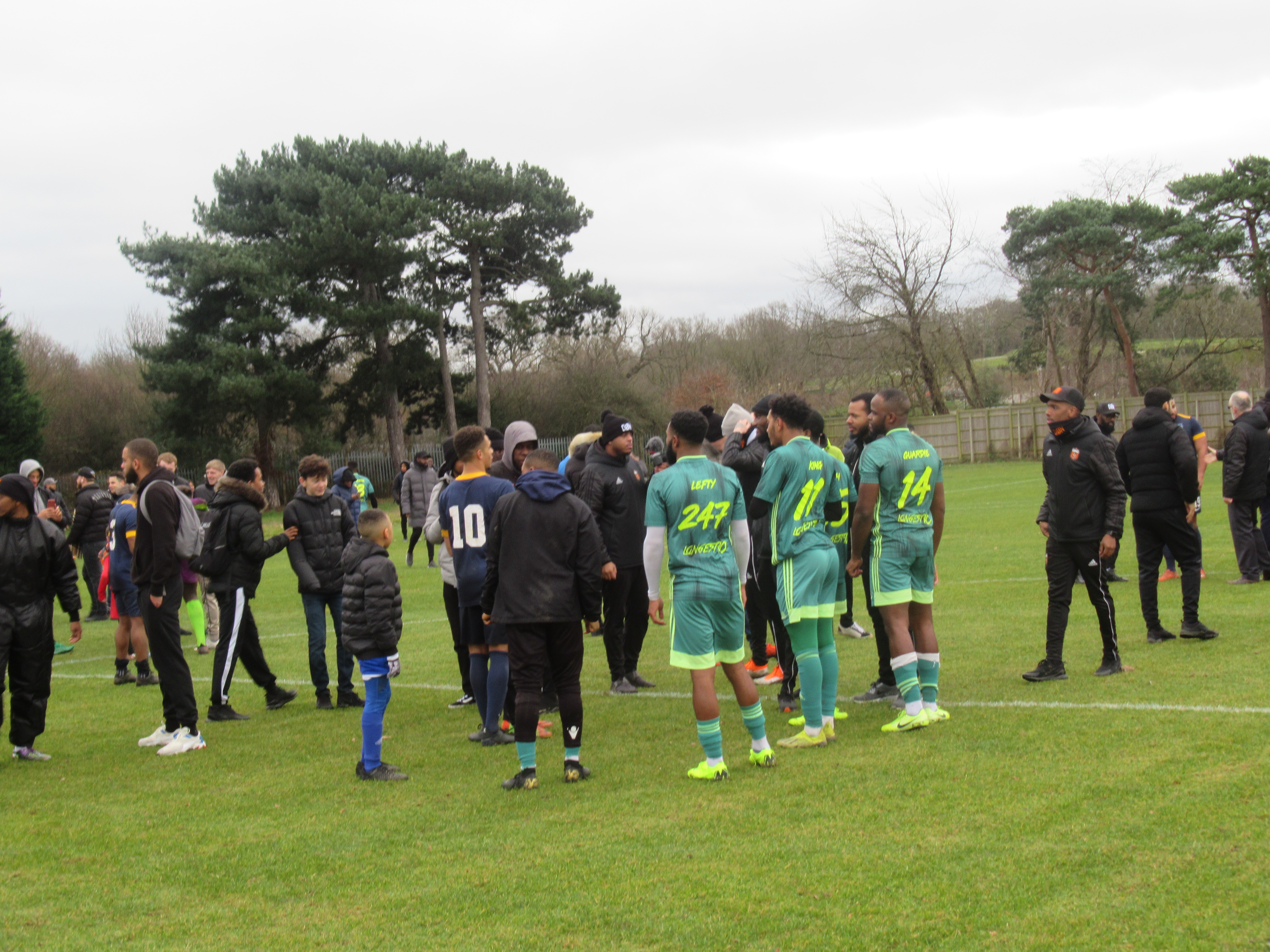 The SE Dons were looking for a new home to play at and after receiving sponsorship the new pitch was laid at Flamingo Park which is also being used by Cray Wanderers U18s & U14s while the new stadium is being built and this is a partnership of benefit to both sides with the Wands playing at Step 3 level in the Non-League game.  Tell your friends, spread the word as something big is taking place.  Their next home fixture is this Sunday (12/1/20) in the Kent Premier Cup a competition they are holders of against the Fisherman’s Arms, 10.30am ko. 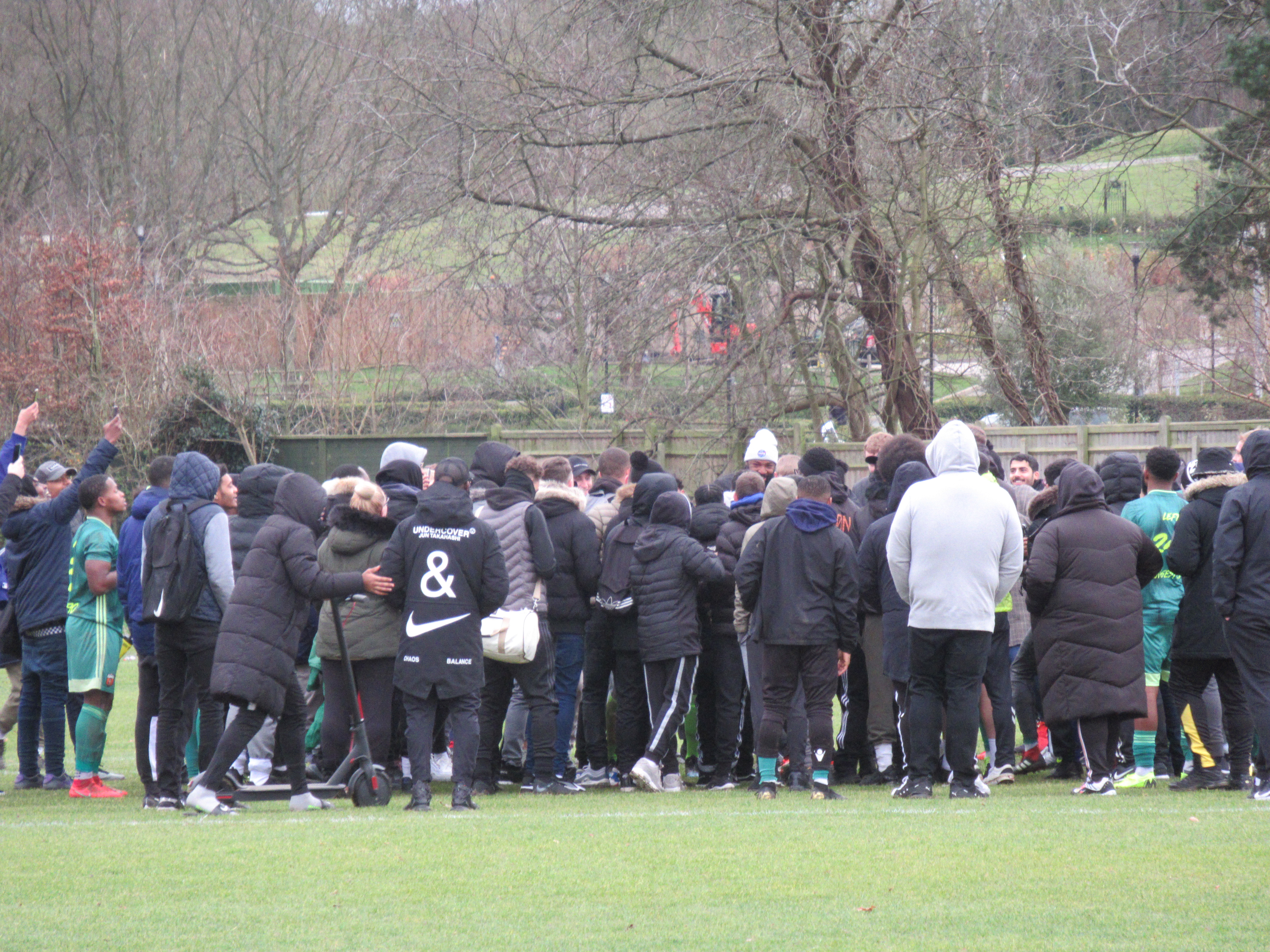 Please see here the link to the website for all the information about the team, fixtures, how to get merchandise etc.

There is a dedicated YouTube channel for SE Dons, please see here the link to view some of the videos and get a slice of what it is all about.