Cray Wanderers return to league action on Sunday, 12th September after last weekend’s FA Cup break with the first of a quick fire double header of league matches as Potters Bar Town are the visitors to Hayes Lane. Kick off is 3pm.

Cray will be looking to bounce back from the disappointment of last Saturday’s FA Cup defeat to Sutton Common Rovers and just to half a three game losing run in league and cups. Despite losing their last two league games performances have been good in the league and before the weekend fixtures Cray were ninth in the Isthmian Premier league table with six points from four games. 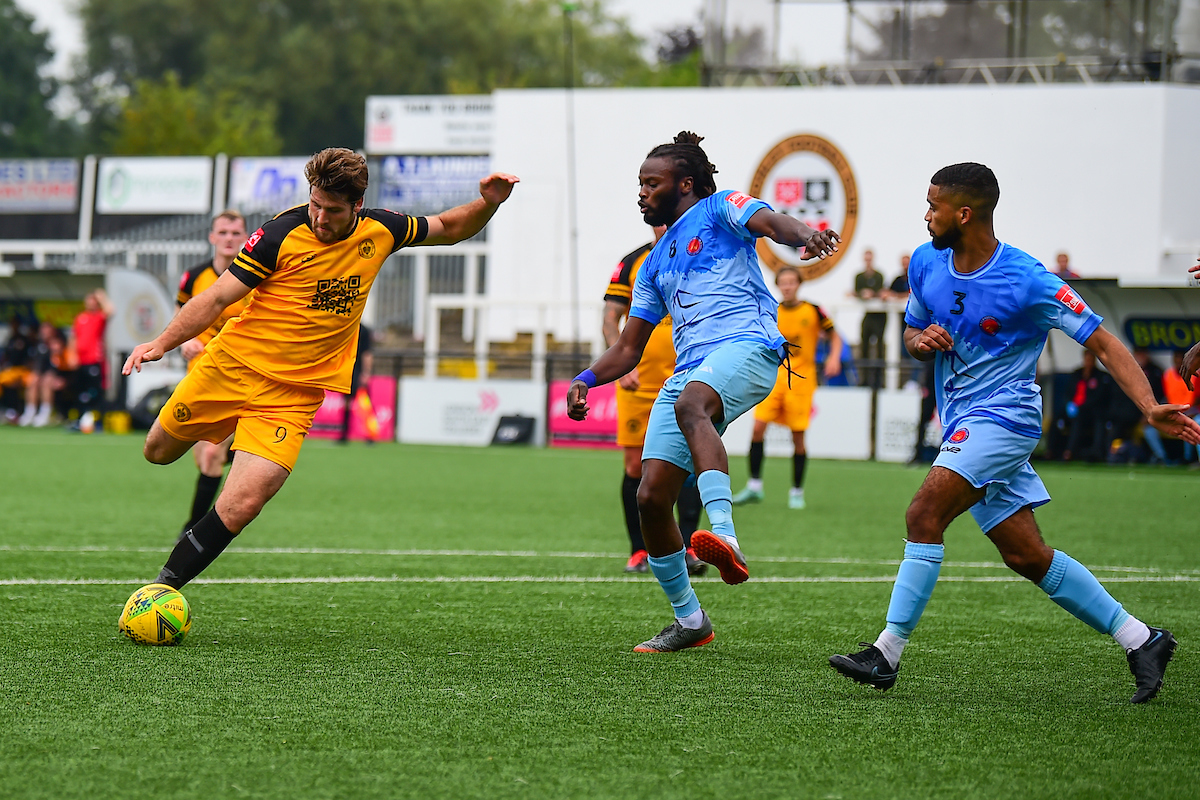 Since the last two games Danny Kedwell has made a couple of additions to the squad with the arrival of attacking midfielder Tariq Turay and defensive cover with loanee signing from Gillingham, Bailey Akehurst. This follows on from last weekend where experienced midfielder Nicky Bailey and another loanee Archie Burnett who both made their debuts against Sutton Common Rovers. After winning the first two league games, injuries have started to kick in to key players with Ejiro Okosieme, Joey Taylor, Charlie Allen and Sadik Balarabe while Jack Hanson has yet to play since his pre-season injury and the settled side which did so well against Lewes and Hornchurch has just lacked that continuity of late.  With a match to follow at Corinthian Casuals on Tuesday night, this promises to be a busy couple of days for the Wands. 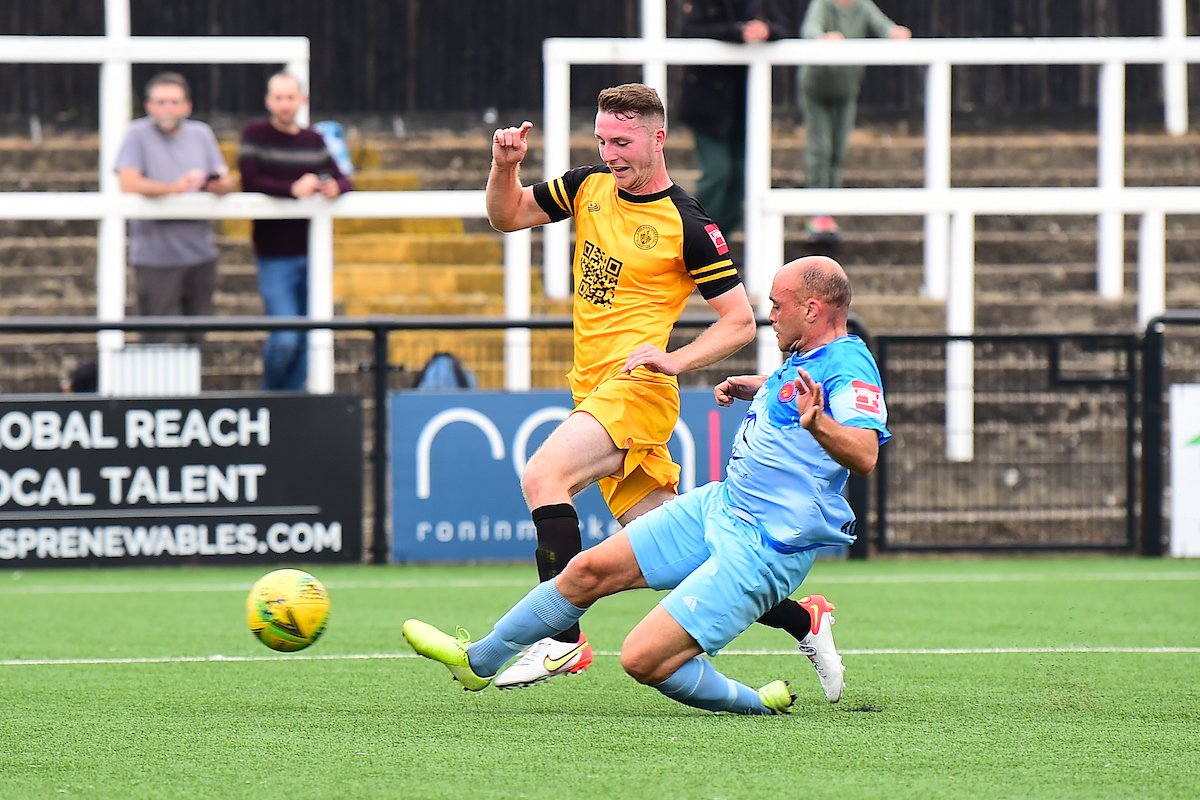 Certainly this will be a game for both sides looking to return to winning ways as Potters Bar Town after winning their opening game have lost their last four in league and cup. Lee O’Leary’s side  beat Corinthian Casuals 3-1 at home on the opening day with two goals from Ben Ward Cochrane who has four for the season and a Devonte Aransibia strike got them off to great start. Since then a 0-1 defeat at Merstham was followed by a 1-3 home defeat to Lewes and a 0-4 defeat at Hornchurch. Last Saturday, the Scholars were beaten in the FA Cup 1-2 at Stowmarket Town. Potters Bar Town were 16th at the start of the weekend.

This will be only the third time the sides have met with a win apiece and one draw in the last couple of seasons. Cray won the only other time the sides played Potters Bar at Hayes Lane in December 2019, 4-0 with goals from Andre Coker, Lee Lewis, Joe Taylor and Karl Dent. The last time the two sides met was on 6th October, 2020 at Potters Bar who ended a 19 game unbeaten run for Cray with a 3-0 win with Ward-Cochrane scoring twice and Thomas Gogo on target. The other match at Potters Bar ended 1-1 in August 2019.  Potters Bar are in their fourth season in the Isthmian Premier and finished 16 in 2018-19 and lied 13th when the 2019-20 season ended in March 2020 and were 15th last season which also ended early. 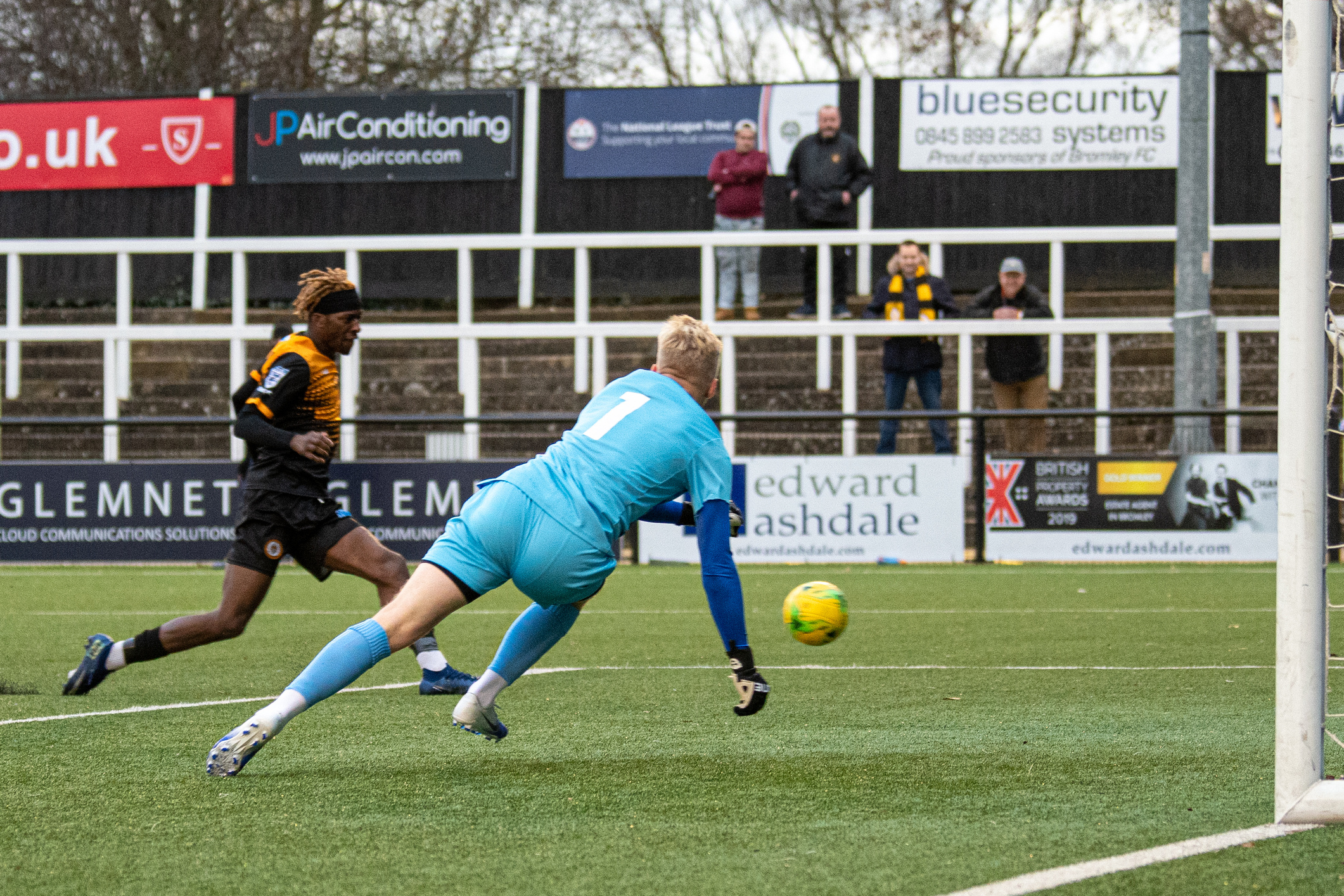 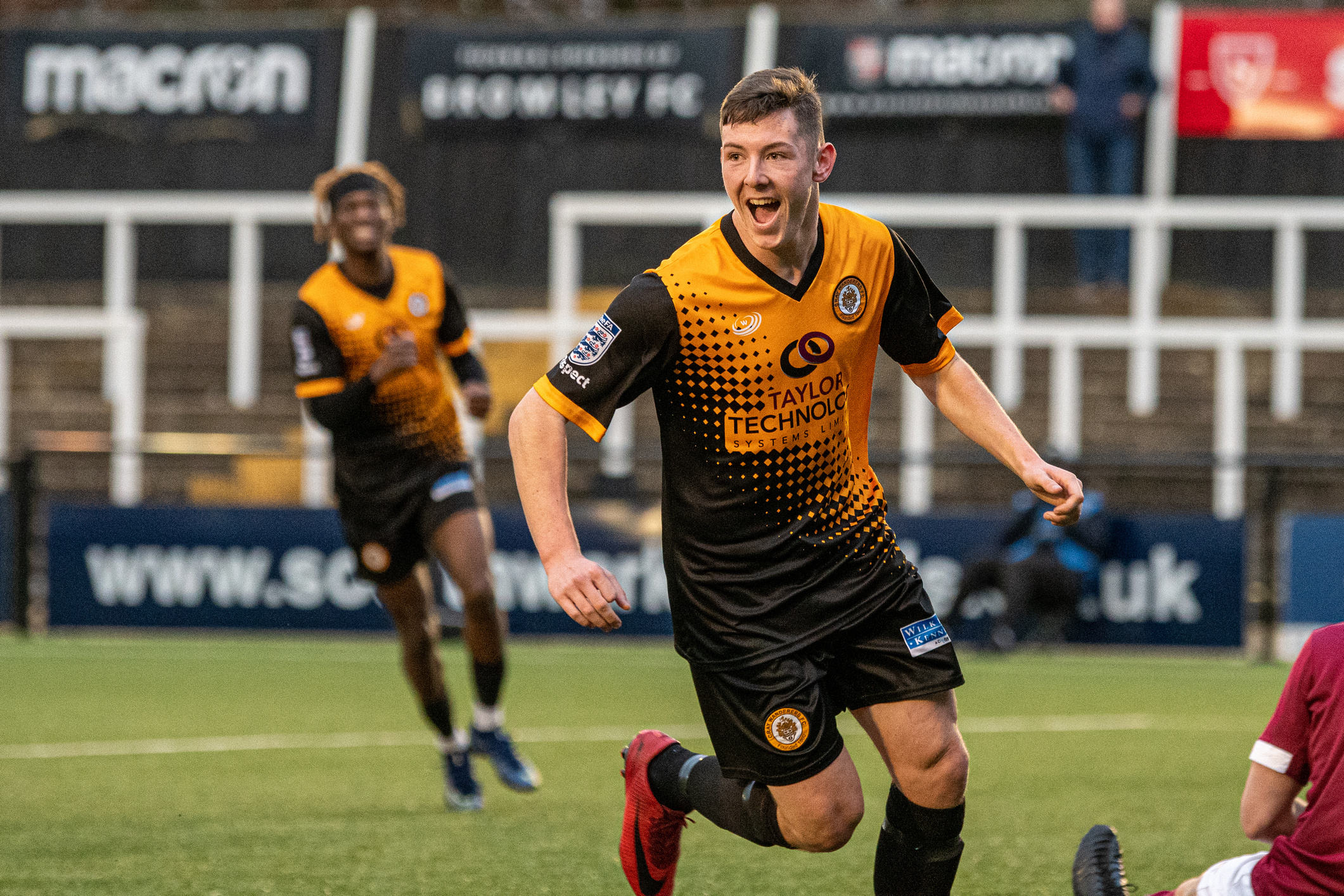 Potters Bar Town were formed one hundred years after Cray Wanderers in 1960 and were known as Mount Grace Old Scholars after a team was set up for ex-Mount Grace School pupils until 1991.  They spent their early existence in the Hertfordshire County League Division One and in 1981-82 were promoted to the Premier Division.  In 1991 after being promoted to the South Midlands League Premier and in 1996-97 to the Spartan South Midlands Division North where they came second and the Quarter Finals of the FA Vase.

In 2004-05 the club were promoted from the South Midlands Premier and into the Southern League Division One East where they spent one season before being moved to the Isthmian North for 2005-06.  They remained there before being moved back to the Southern League Division One Central for a couple of years thereby missing Cray Wanderers in the Wands two season stay in the North.  They returned to the North and were promoted in 2017-18 behind champions Hornchurch to reach the Isthmian Premier for the first time.

Sunday games are always that little bit special and a great way to end the weekend. Admission £10.00 adults, £5.00 concessions and you can purchase tickets online at www.cray-wanderers.com/tickets