Both sides had early chances but first half goals for the Wands from Temi Babaola and Imran Zakari gave Cray a two goal lead at the break.  The second half saw a dramatic minute with Long Lane pulling a goal back but shortly after Jaedan Delpratt broke away to score a third and Cray were able to see off any Long Lane comeback. 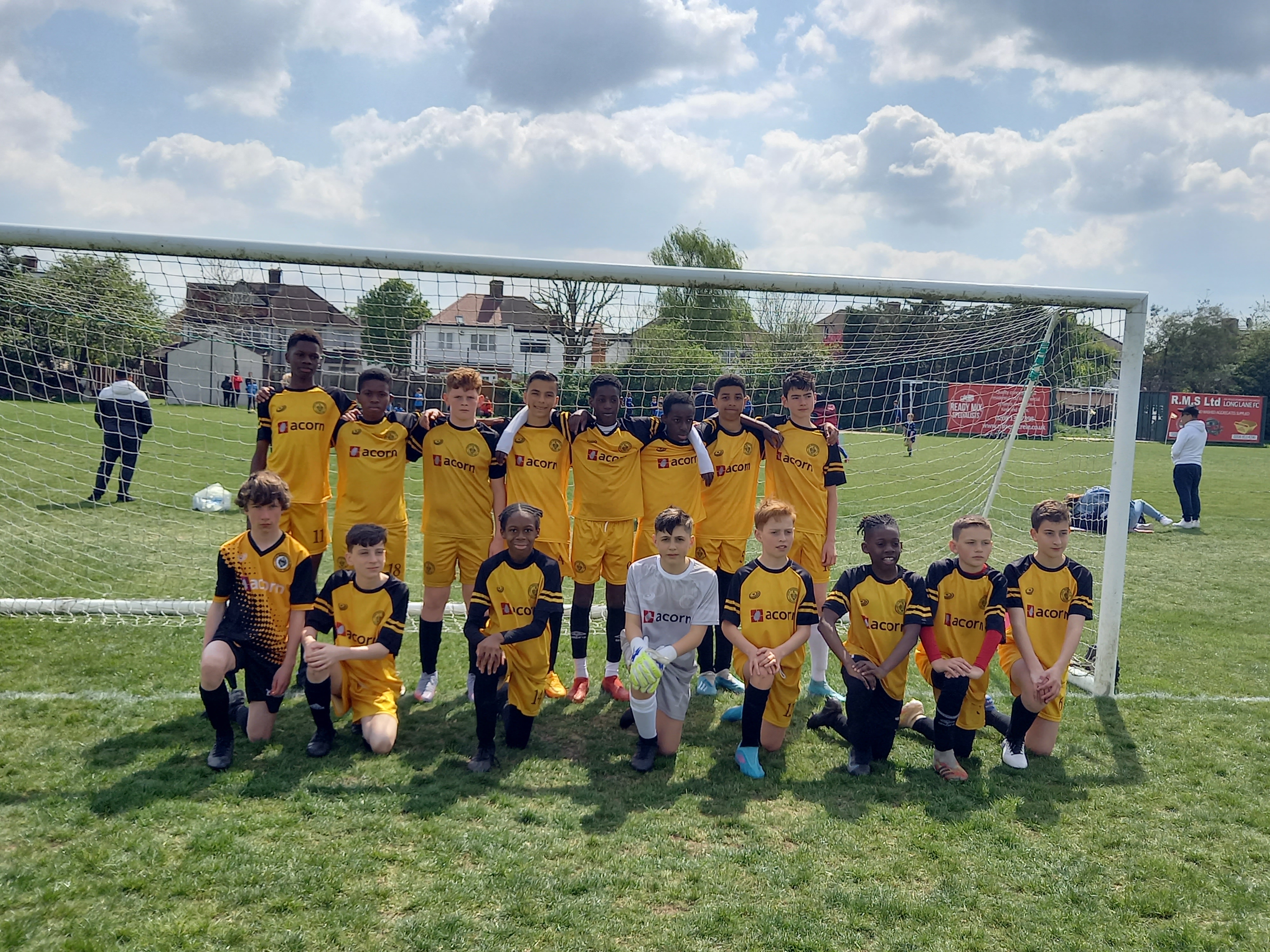 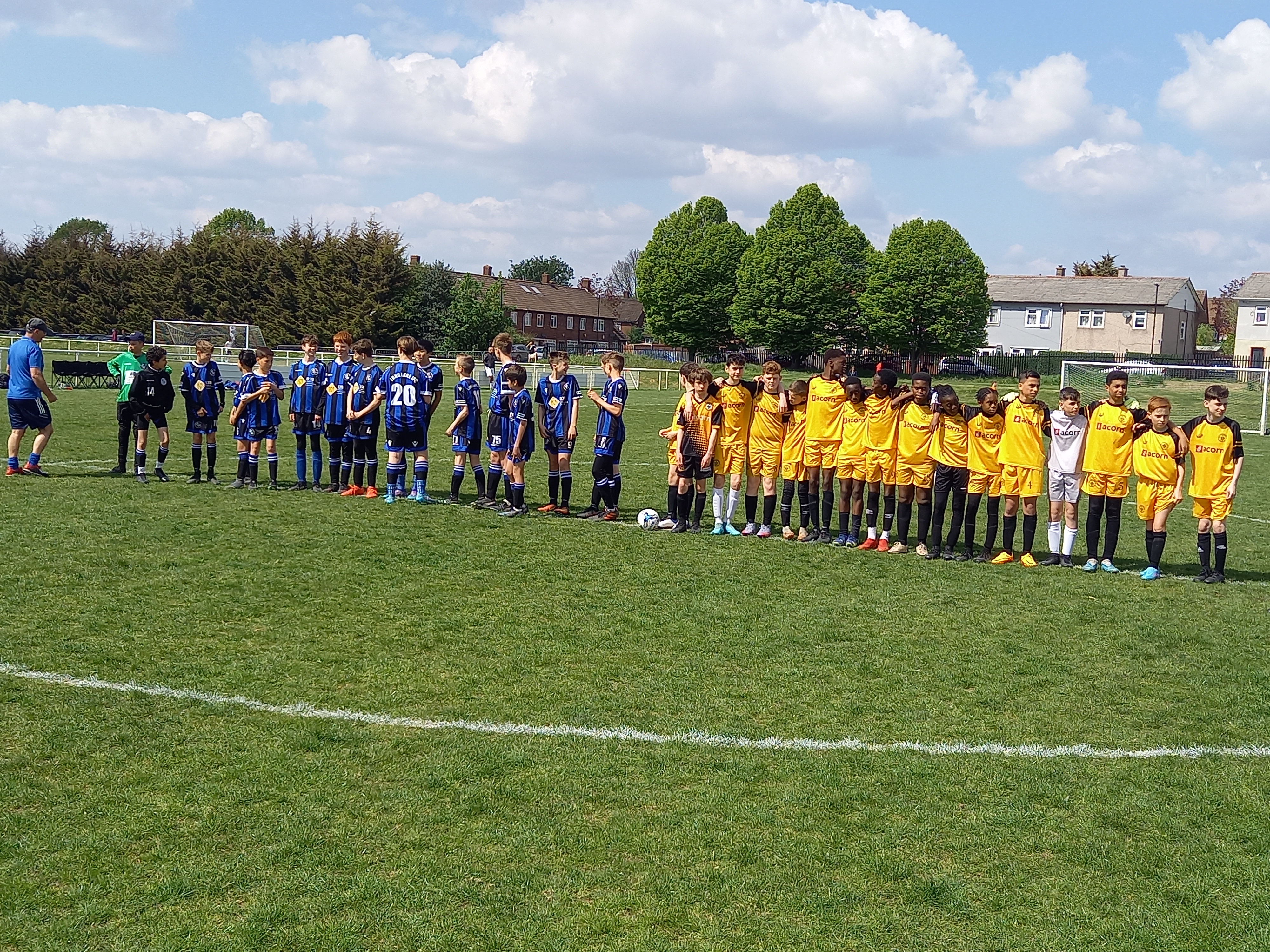 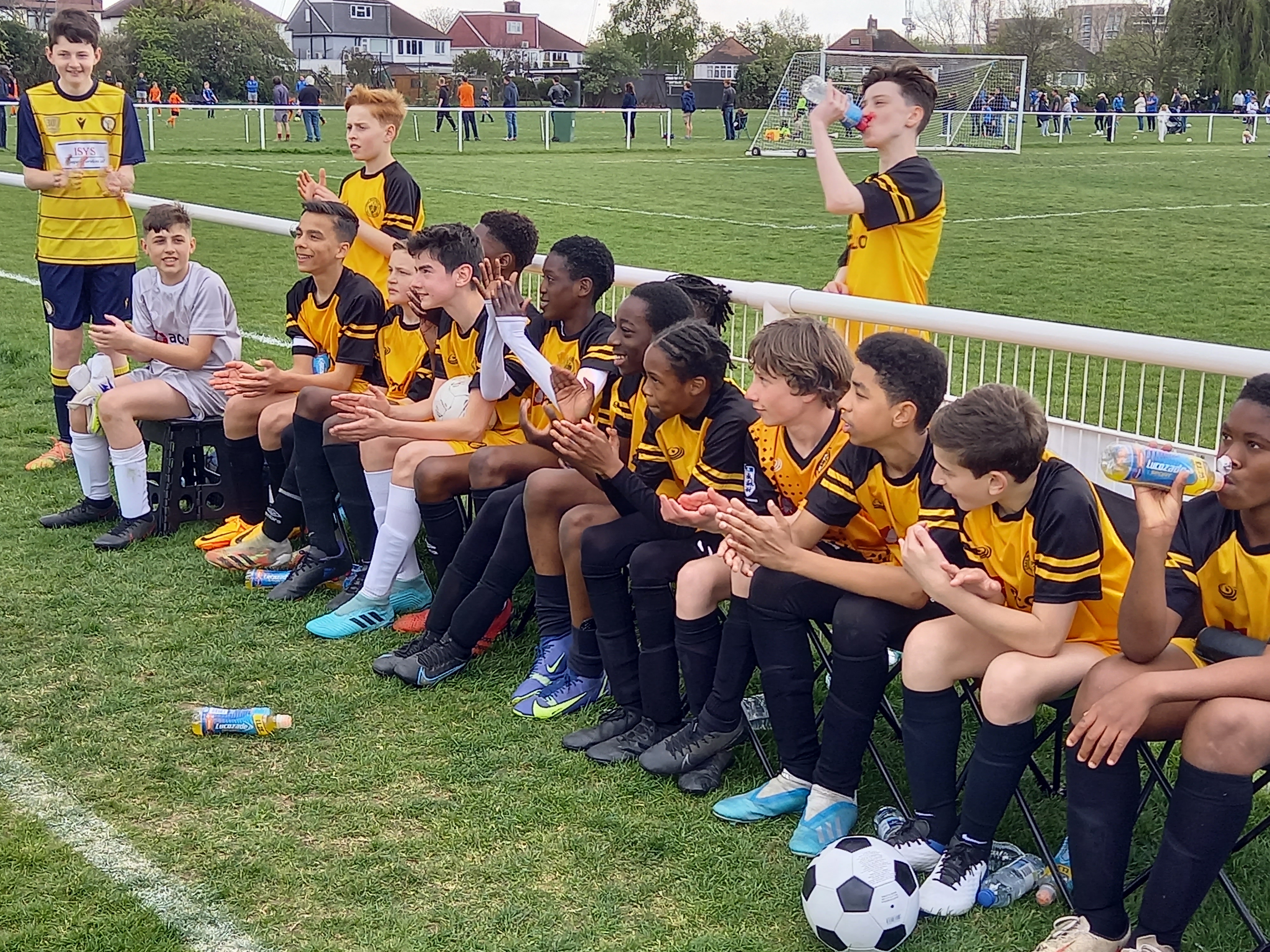 On a dry, sunny but at times a little blowy afternoon the game began at a brisk pace with the Pumas no 2 having a shot blocked inside the area but it was Cray who created the first real chance when Alex England’s fine pass put James Moss through on goal down the left but from the edge of the area fired over the bar.

A minute later Long Lane could have scored with a similar move and the no 75 played a good ball through to the no 11 who shot just over the bar from just outside the area.

In the 8th minute Cray went ahead with a great goal when a Long Lane attack ended when Wands keeper Ethan York headed a clearance away and the ball was switched to the right to Temi Babaola who sprinted down the wing and from just inside the box lifted a shot over the keeper and high into the net. 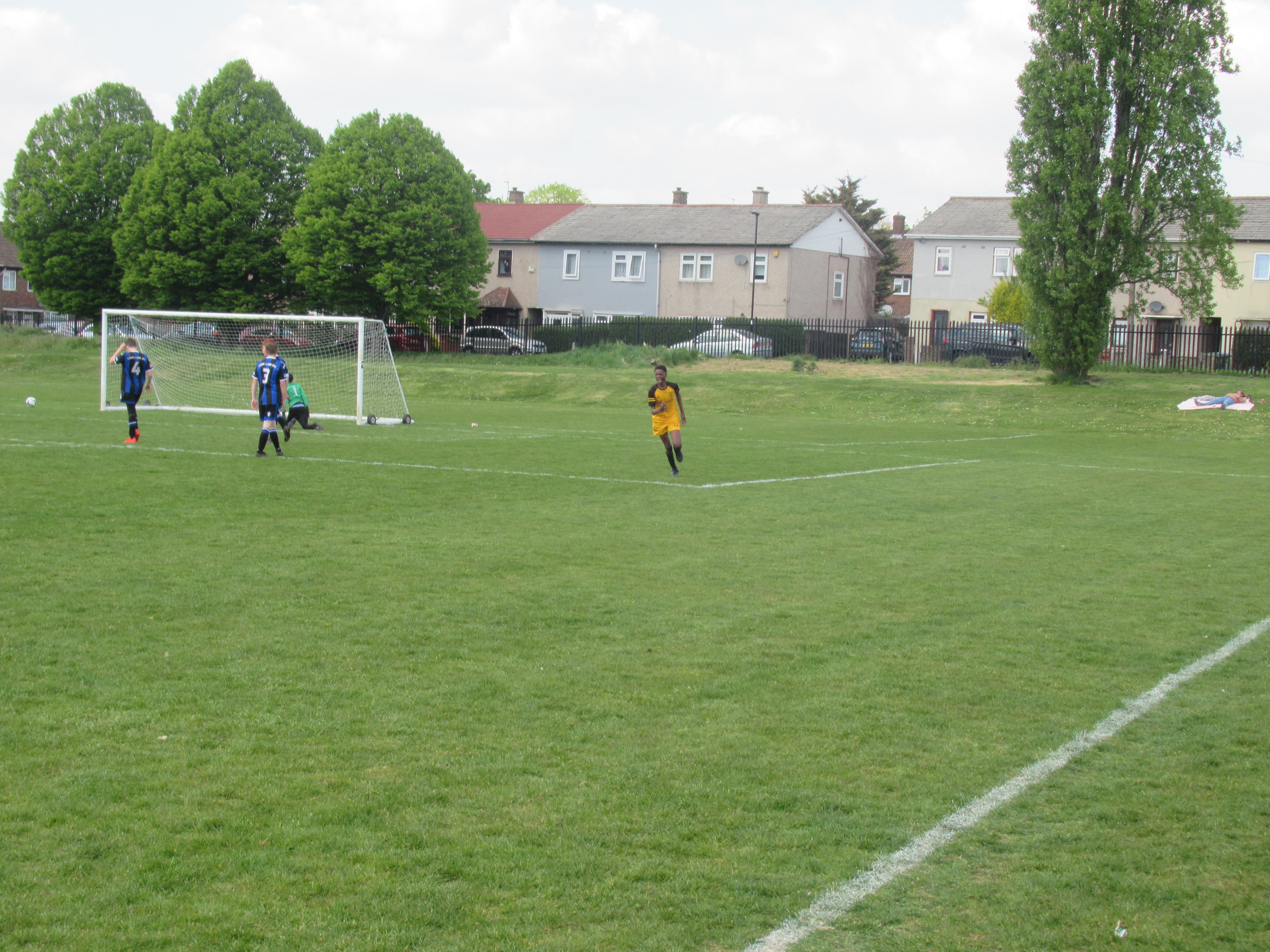 Long Lane had a decent spell after that and the no 11 saw a shot blocked by Theo Batman for a corner.  Then a throw in from the right was cleared to the no 4 who hit a dipping volley fractionally past the right post.

In the 21st minute Cray scored a second when a ball was played forward for Moss who won the ball off the no 2 who did well to block his shot but fell to Imran Zakari down the left of the area and from a tight angle managed to crash a shot into the net to give Cray a little comfort. 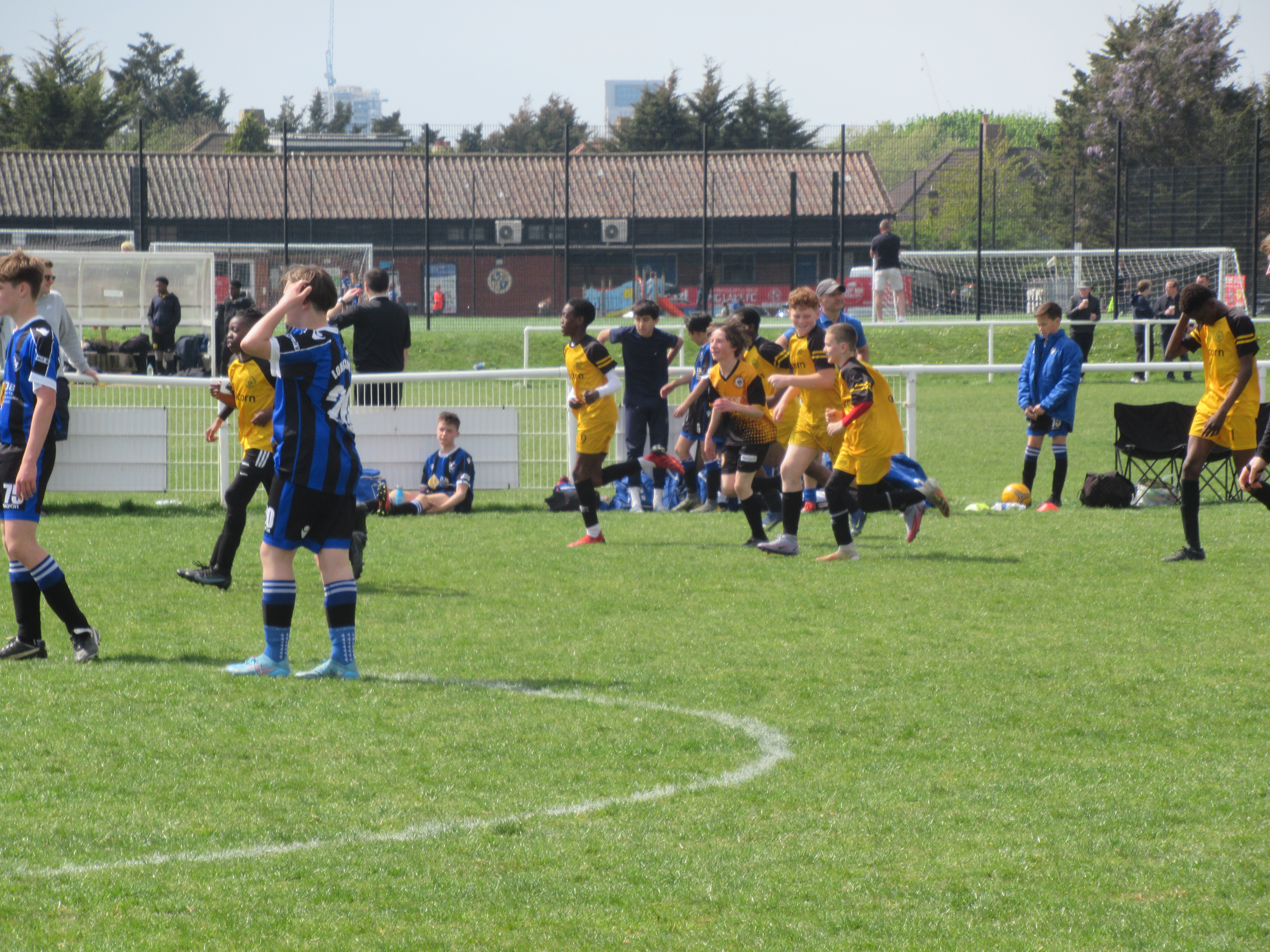 Cray could have scored a third goal when Zakari found Jaeden Delpratt down the right who squared the ball to Moss who was unlucky to see his goalbound shot take a defensive deflection and the ball went across goal.

Also Moss was unlucky again when put through but this time the Pumas no 3 did well to block the shot and behind for a corner.

The nearest Long Lane came to scoring a goal before the break was from the no 75 who hit a speculative shot over the bar from distance.

Long Lane began the second half on the front foot seeking the two goals to get back in the match and did win a couple of early corners and from one of these a ball into the box was cleared off the line.

Then the no 20 hit a crisp shot from outside the area which York did very well to turn round the left post for a corner.

For Cray a long distance strike from Ledion Ceku went over the bar while at the other end a free kick from the no 2 was played into the box for the no 11 whose shot was blocked.

Cray came close to a third goal when Ceku found Moss through on goal, the keeper did well to spread himself to get to the ball and the ball came loose to Refik Minell-Solak who hit a shot over the bar.

Eighteen minutes into the second half Long Lane pulled a goal back when the no 5 hit a shot from 30 yards which York got down to push out but following up the no 15 turned the ball in from close range.

What could have been a nervy last seventeen minutes were made a lot easier a minute later when Cray scored a third when a fine ball from Imran Zakari put Delpratt through and he showed good composure to place the ball wide of the keeper and into the net. 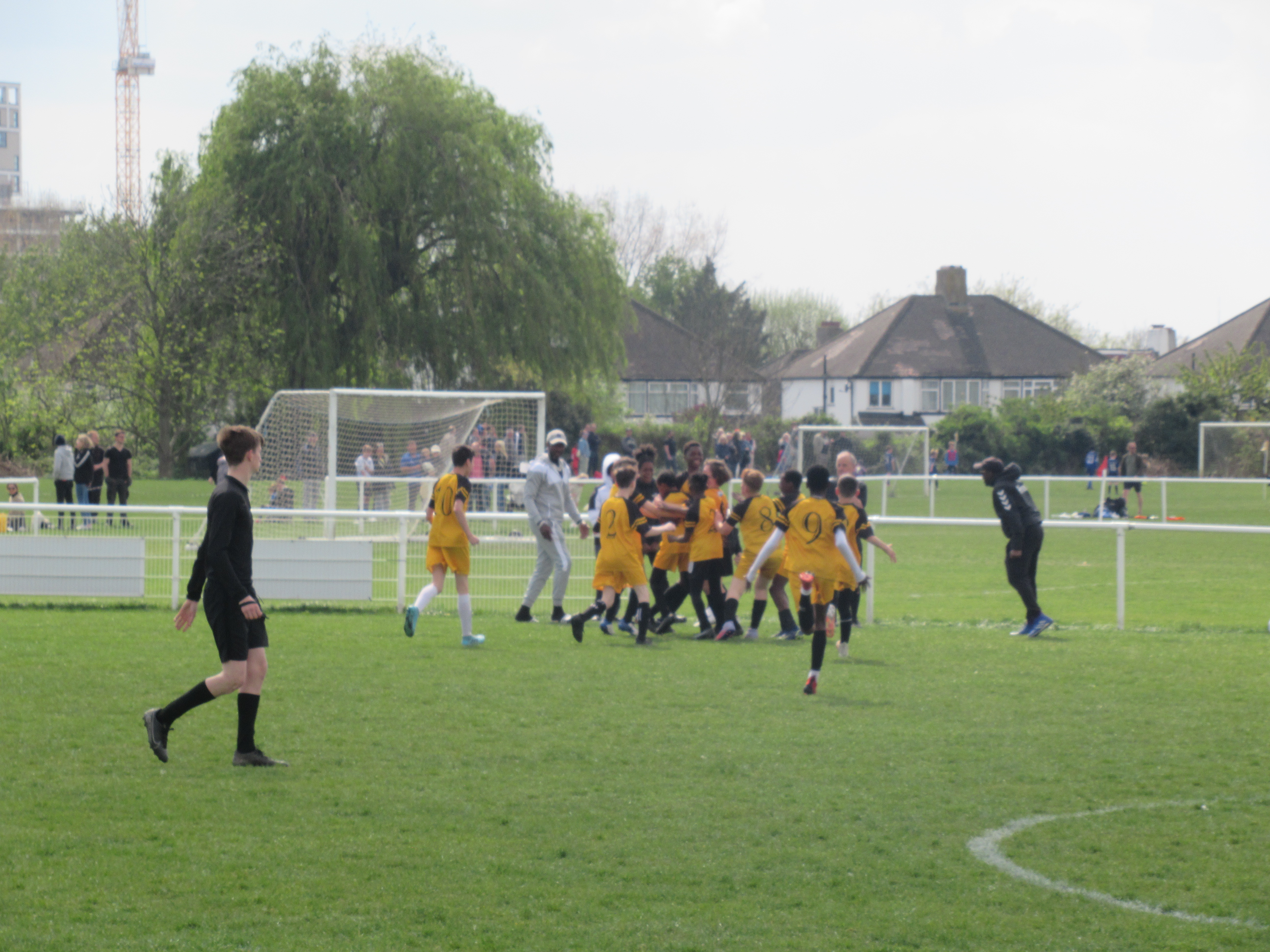 The game went end to end in the closing stages, Alex England fired a free kick over the bar, Delpratt once again bore down on goal, the keeper made a block and went out to Zakari who went down in the box but was never a penalty.

For Long Lane who kept on going until the end a corner from the right to the far post was met by the no 20 and was cleared off the line by Daniel Hassan.

Cray came close to a fourth goal when Alex England curled a shot fractionally wide of the right post.

The final action of an absorbing game was reserved for Long Lane and from a cross to the far post from the right the no 8 got to the ball and his header came back off the left post and the follow up blocked.

In the end Cray were the winners and on the balance of play merited the win but Long Lane contributed to a fine match but this was the Wands day and I watched some of these players when they were U9s and U10s back in the days when Cray played at Mottingham Playing Fields and and some of these lads have grown into well coached, capable players and have plenty of years still to go to develop even further and the future is bright. 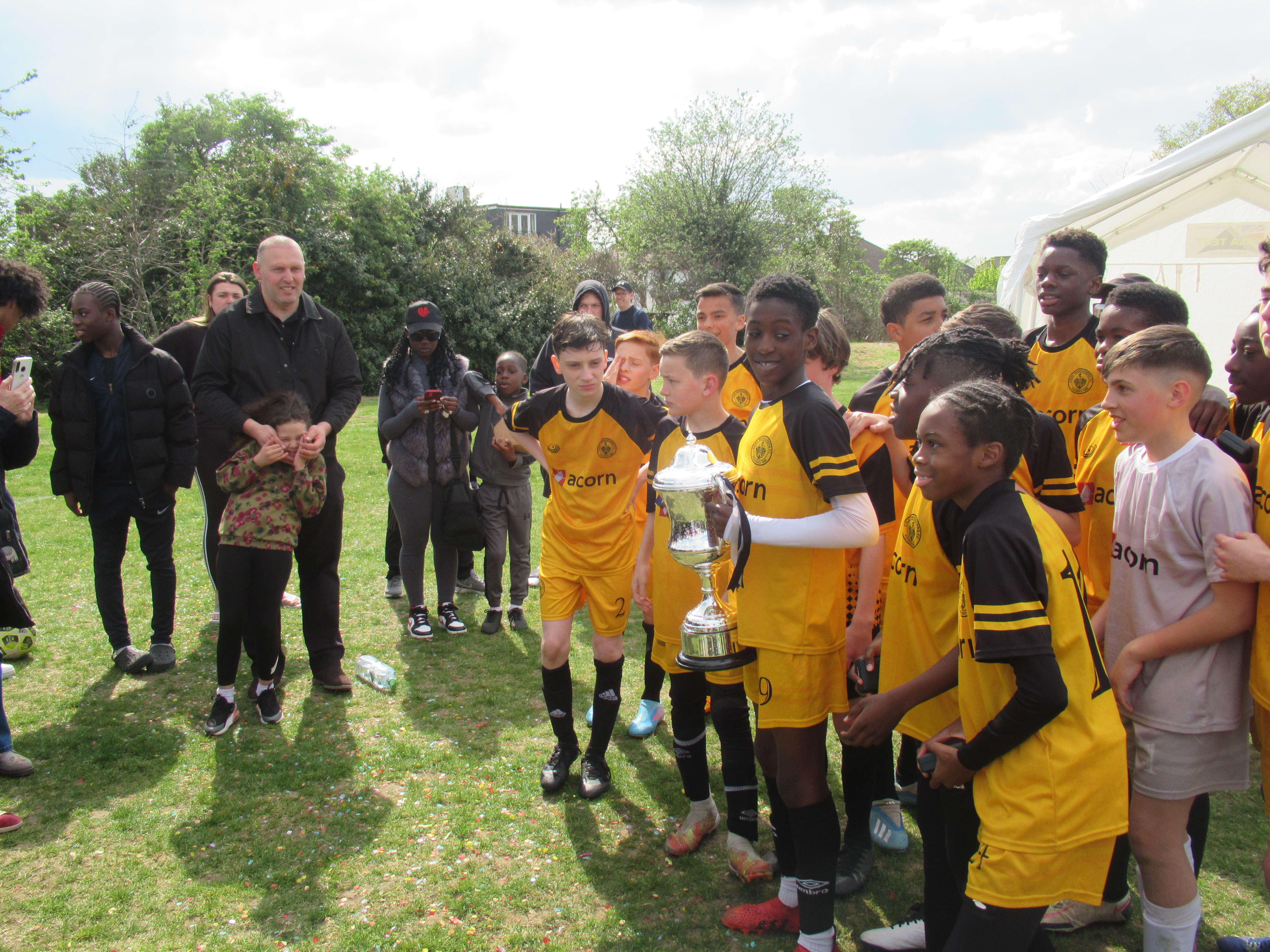