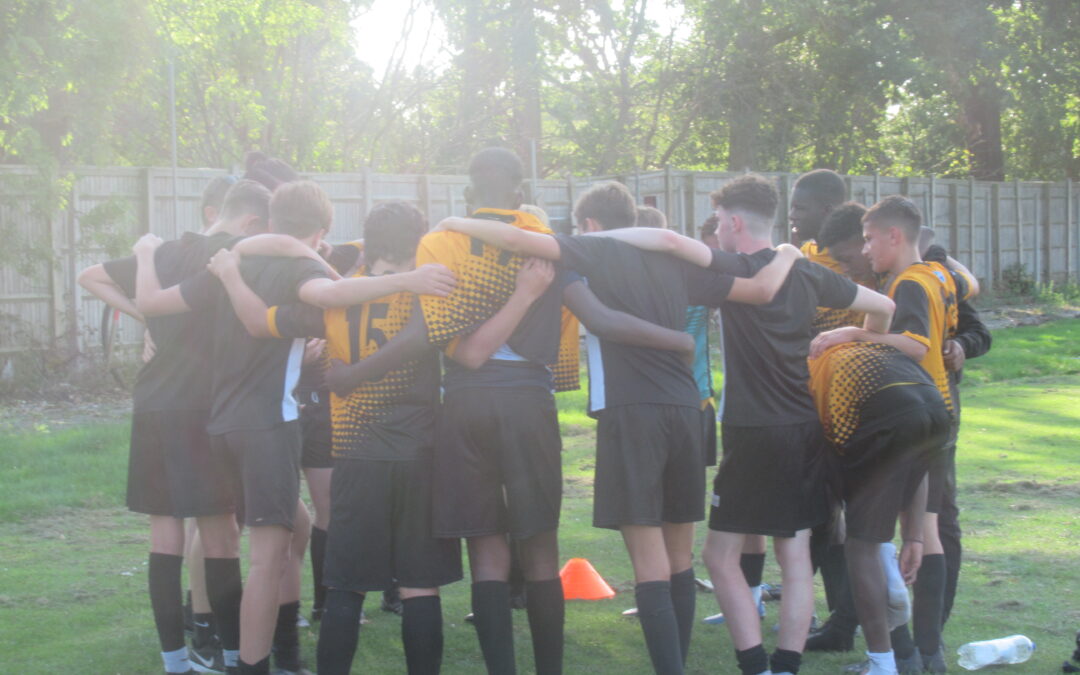 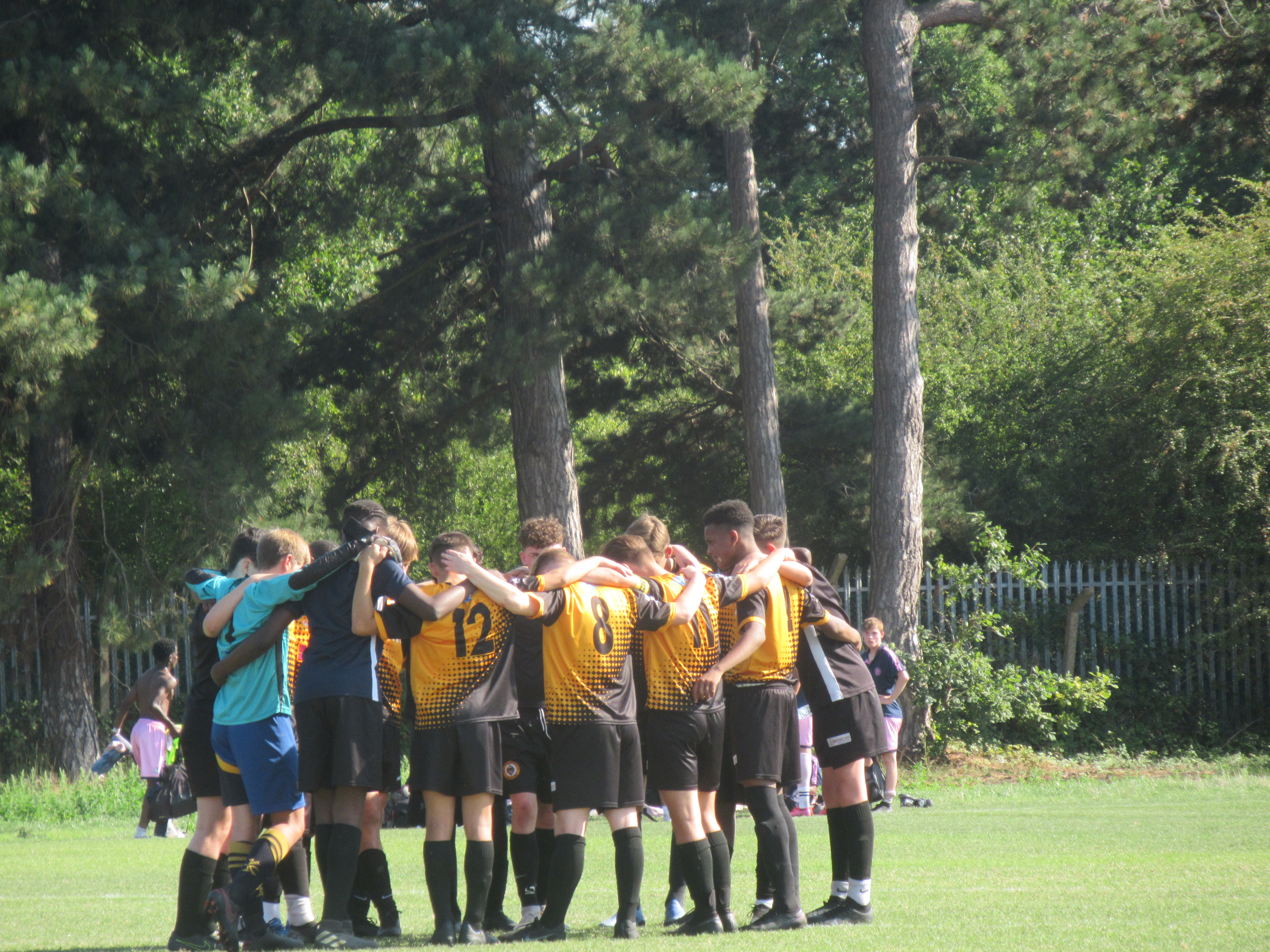 Cray Wanderers U15s began their Kent Youth League Central campaign in great style with a thrilling and in the end a merited victory against a strong, talented Maidstone United team.  Barry Husthwaite’s team are making their debut in the Kent Youth League this season after heading over from the Selkent and Tandridge Leagues. 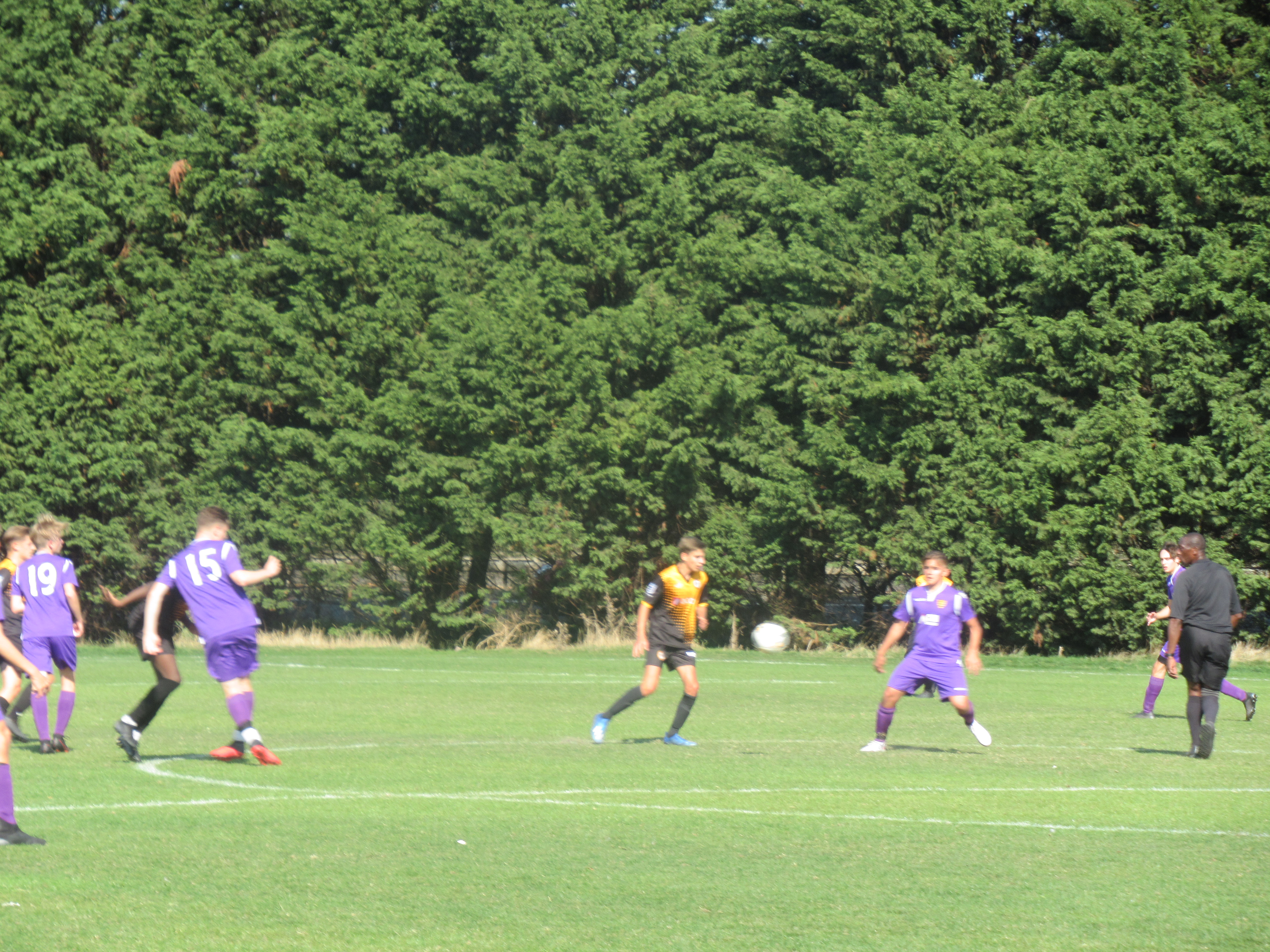 Maidstone had the look of very tough opponents and they began the game well during an action packed first half but Cray gradually got on top and the Maidstone keeper made four fine saves before Blu Husthwaite gave the Wands the lead a minute before the break with a cool finish down the right.

The visitors levelled six minutes after half time but Cray regrouped and after another fine double stop from the Stones keeper, the ball came to Mark Cahill down the left whose lofted shot went high into the roof of the net.

To top off a fine display from the team, Husthwaite scored his second with a breathtaking piece of skill, seeing the keeper slightly off his line and from 25 yards lifted the ball over the keeper into the net.

On a very warm afternoon with the merest of breeze and on a terrific playing surface both sides served up a great game on what were the team’s first competitive match since March.

Maidstone began well and the no 10 had an early run and shot down the right which was held by Alexander Dubov.  Then at the other end, Cray got their passing going and the lively Elisha Oshivere fired just over the top from 20 yards.

Maidstone then had a decent spell which gave them the slight edge and the no 6 down the right sent over a fine cross into the area which was met by the head of the no 10 whose header hit the top of the crossbar.  Then the no 21 fired over from the edge of the area down the left.

Cray then had a bit of a let off when another fine cross from the no 6 into the area was turned over the bar by the no 19 from 8 yards. 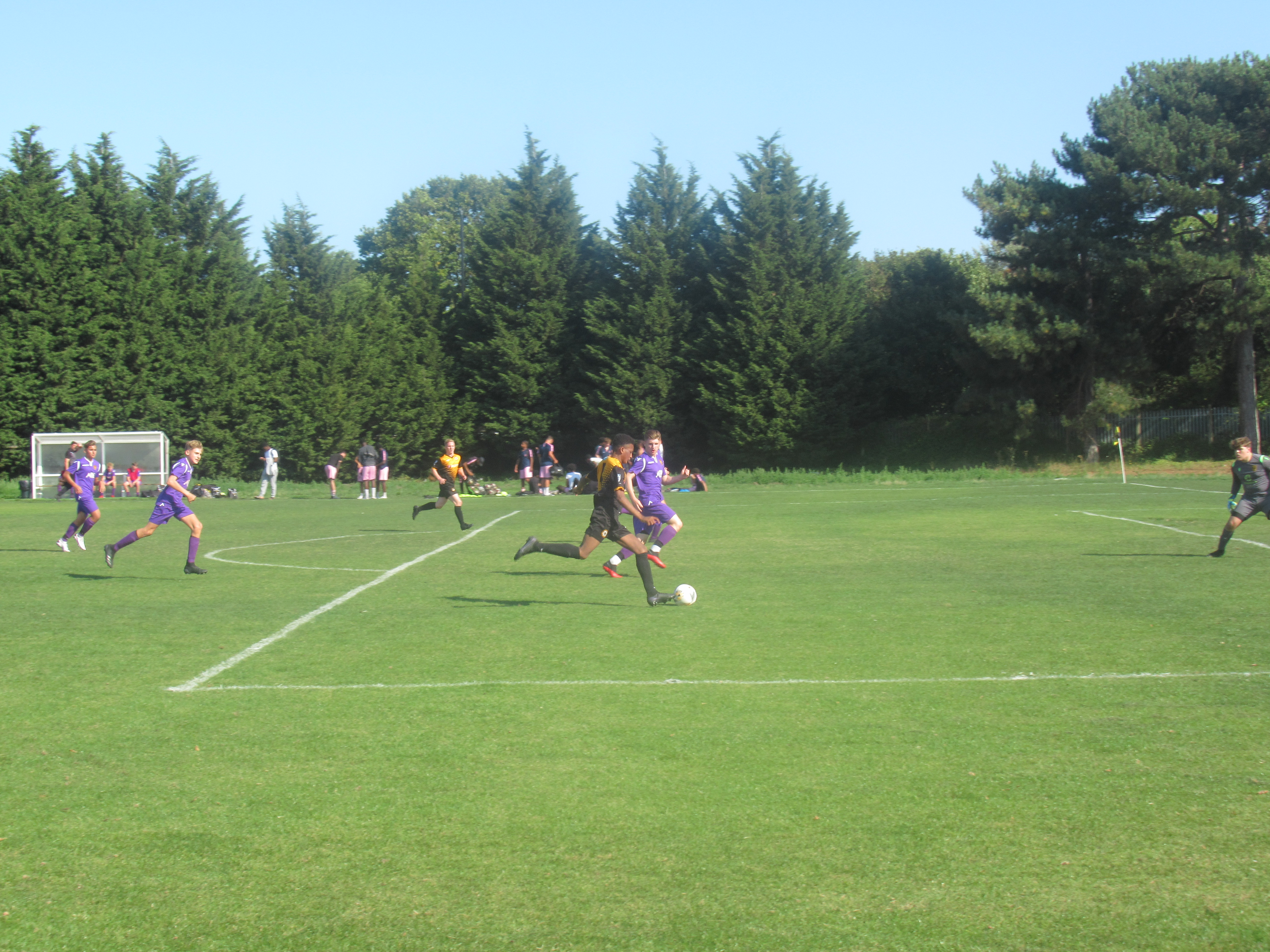 The Wands though were starting to gel well and Oshivere down the right broke into the area and was denied by a good save by the boot of the keeper.  Then Mikolaj Tachuk set up Joshua Senyange for a fizzing drive which went just over the bar.  At the other end from a corner down the left the ball to the far post was headed wide by the no 6.

The game was going from end to end but Cray had a terrific spell before half time and almost went in front on the half hour when a terrific cross down the right from Oshivere to the far post found Blu Husthwaite who held the ball and hit a shot which the keeper did superbly to push on to the left post and away. 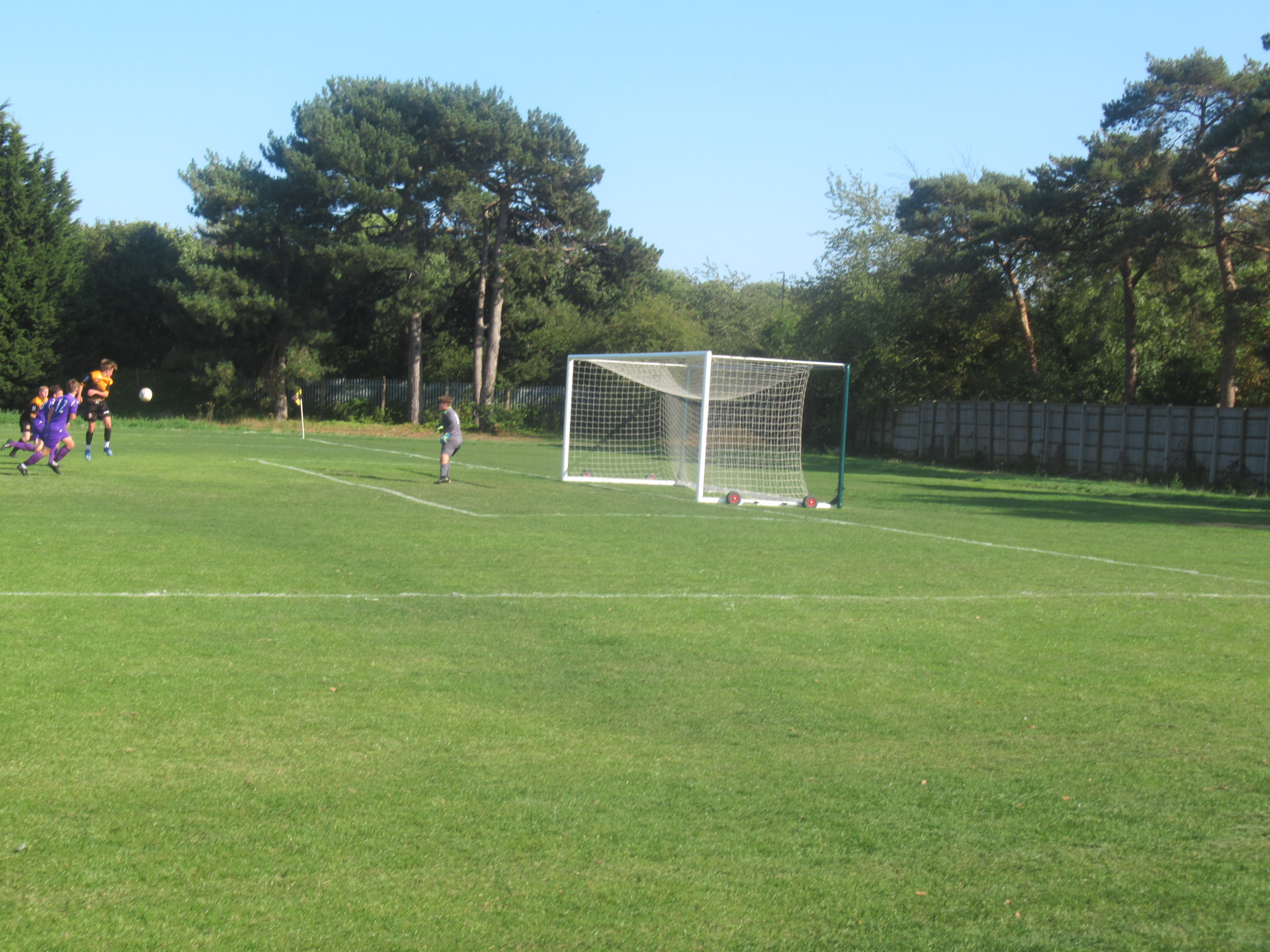 Then, Tachuk found Senyange whose shot was saved by the keepers legs and then denied Oshivere with a smothering save.

A goal was looking likely and down the right, Senyange and Tachuk combined to set up Husthwaite who fired over the top from 10 yards.

However, within a minute and just before the break, Cray went ahead with a superb individual goal when Husthwaite picked up the ball just over half way and made a jinking run out to the right and on the turn fired across the keeper expertly with a measured finish and into the bottom left corner. 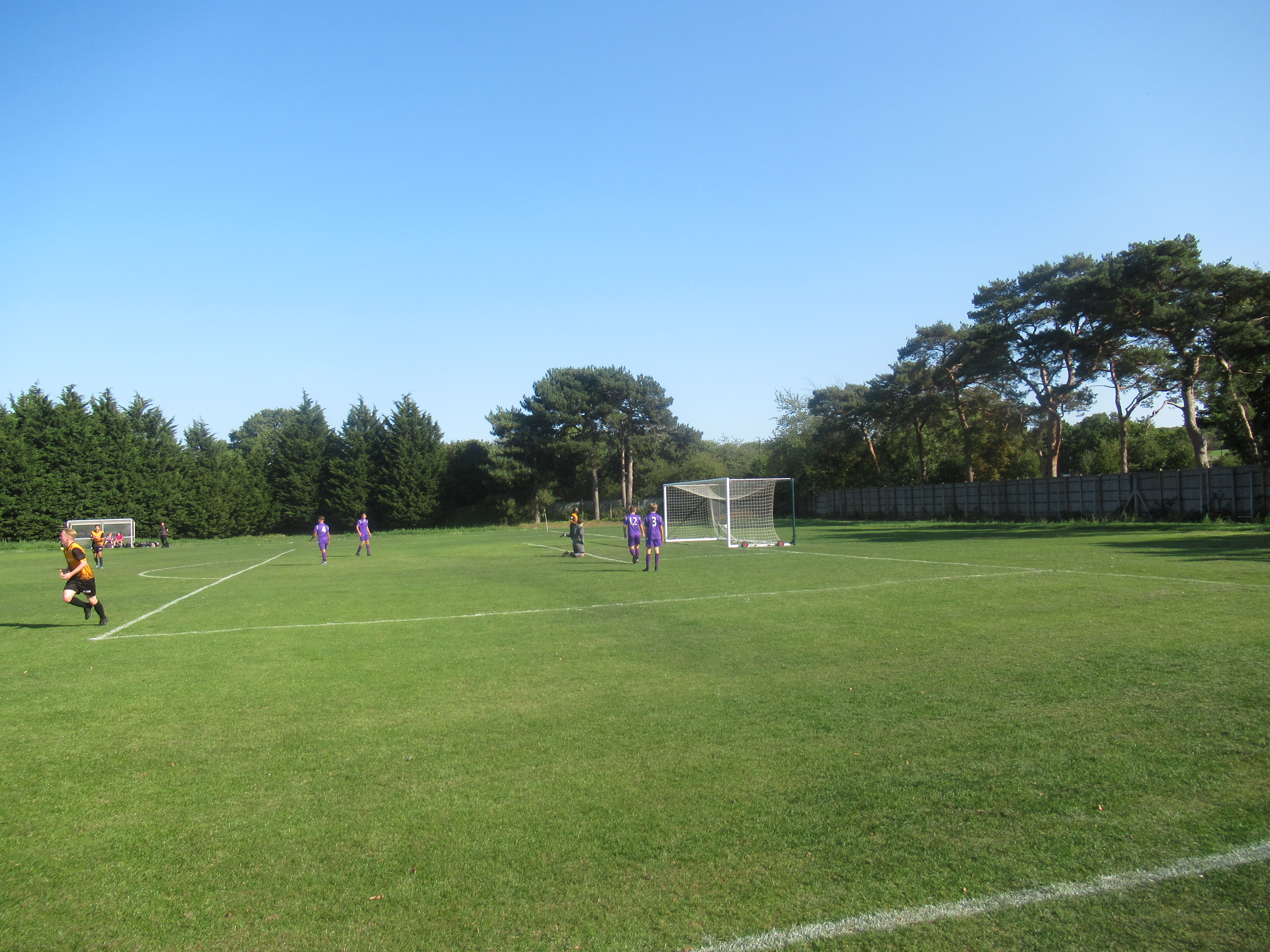 Cray looked to begin the second half in a similar fashion but it was Maidstone who hit back six minutes after the restart when the no 6 and 5 combined down the left to lay the ball across to the far post to the no 10 who prodded in from close range.

The Wands though were not deterred by the goal and soon found a second wind and Husthwaite, who is a major talent, turned, found space and volleyed just over the top from outside the box. 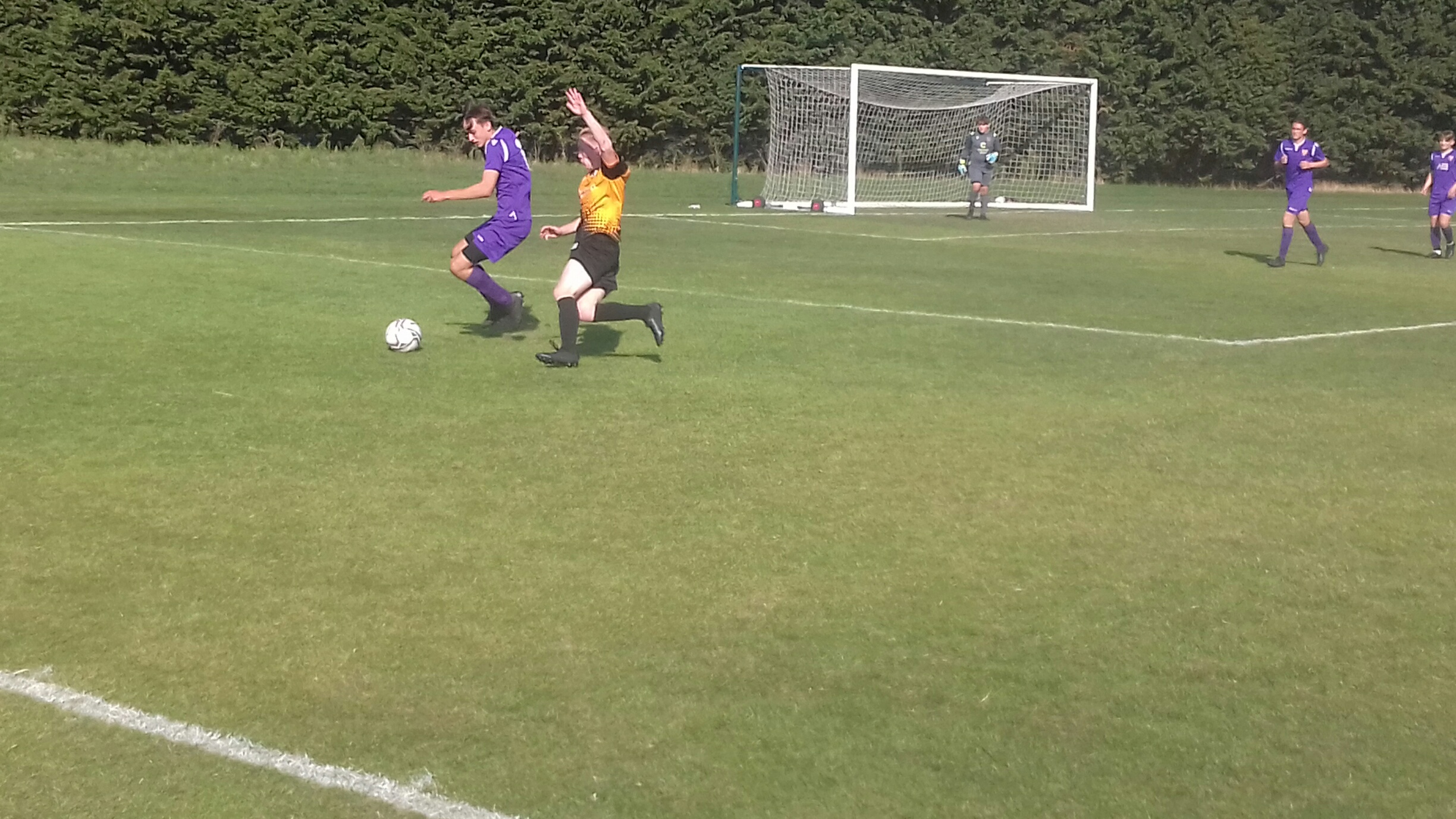 In the 59th minute, Cray went back in front but only after two fine stops from the keeper, firstly when a back header left him in difficulty and Husthwaite’s shot was met by a blocked save and then  Victor Damyanov down the right set up Mark Cahill and the keeper did brilliantly to turn the ball away at the left post but then Senyange found Cahill who hit a cross-shot which went over the hands of the keeper and into the bottom right corner. 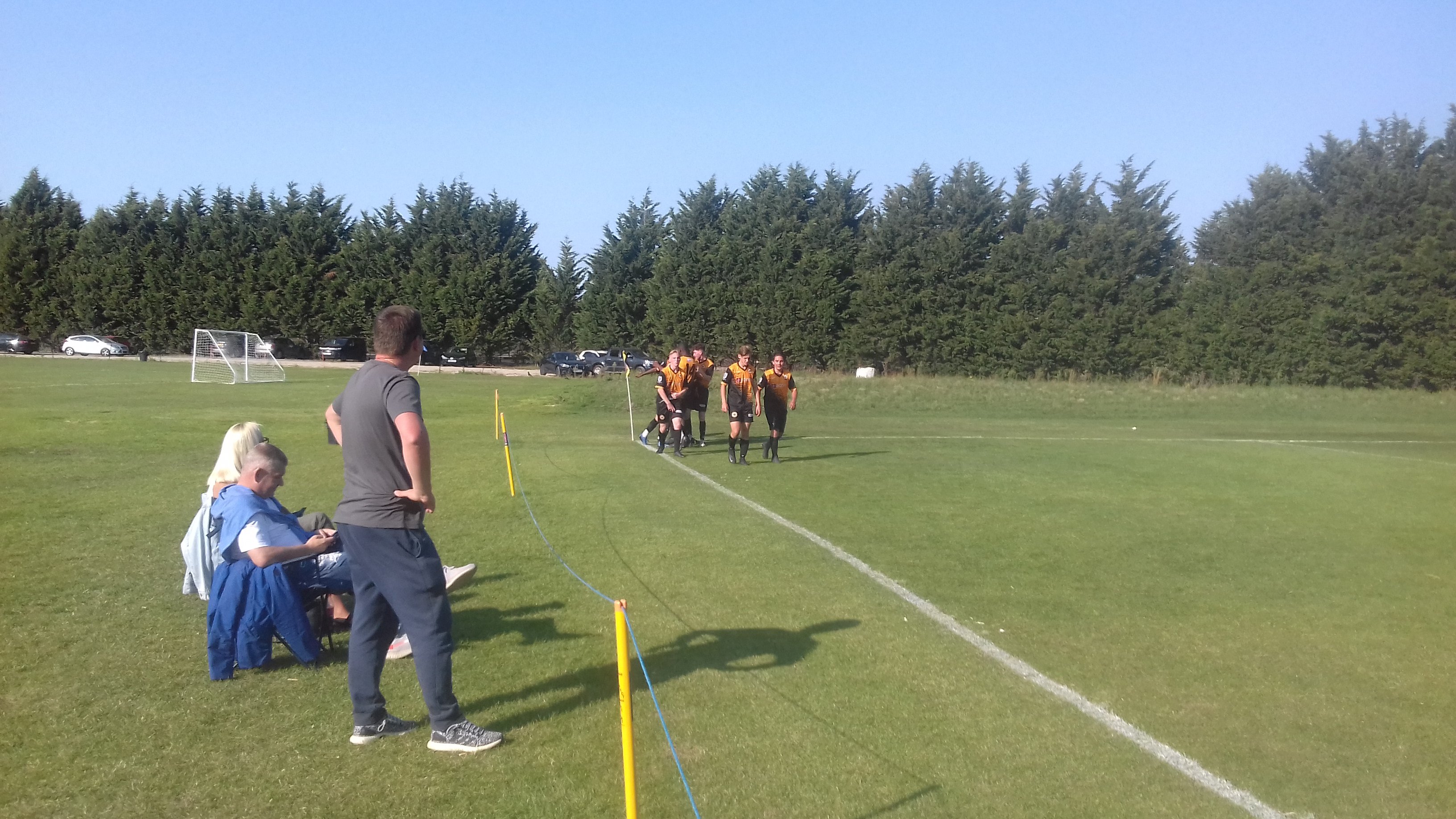 Cray ended the game on top and Victor Damyanov’s ball in from the right was scooped over the bar by Henry Phillips.  The Wands then won three corners in quick succession and Jospeh Kapaka curled a shot past the right post.

The icing on the cake for Cray was yet to come as a minute from time when James Botton’s ball forward found Bobby Parker, who turned away from his marker and played a pass to Husthwaite, who shimmied past the no 12 and seeing the keeper off his line lofted an unstoppable shot into the roof of the net to set the seal on a great Wands performance. 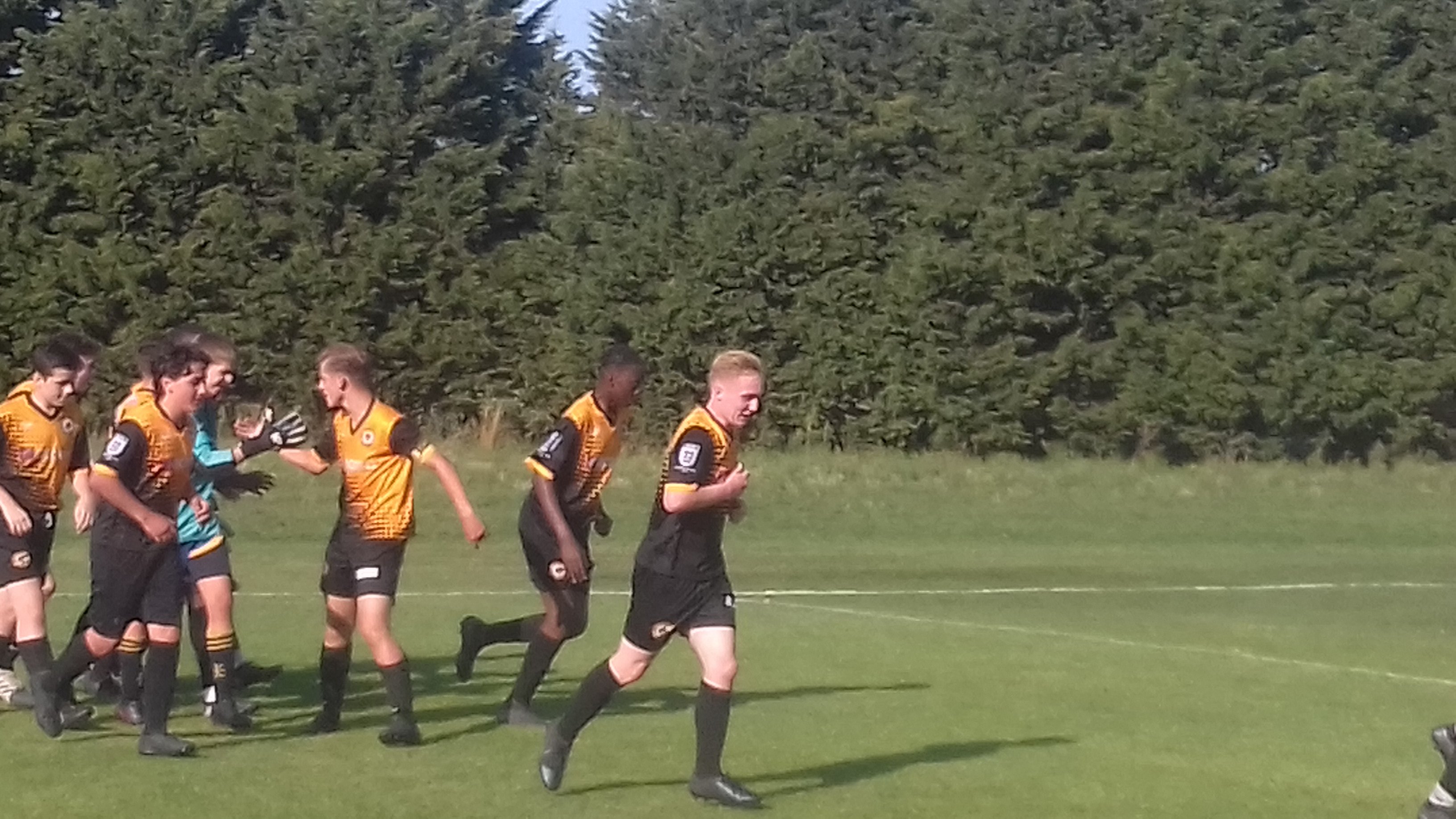 Many of the players on show today could very well be first team regulars of the future and if that is so then the future is very bright indeed.  Maidstone will cause teams a lot of problems and are title contenders but Cray certainly showed their credentials today and could be in for a great season. 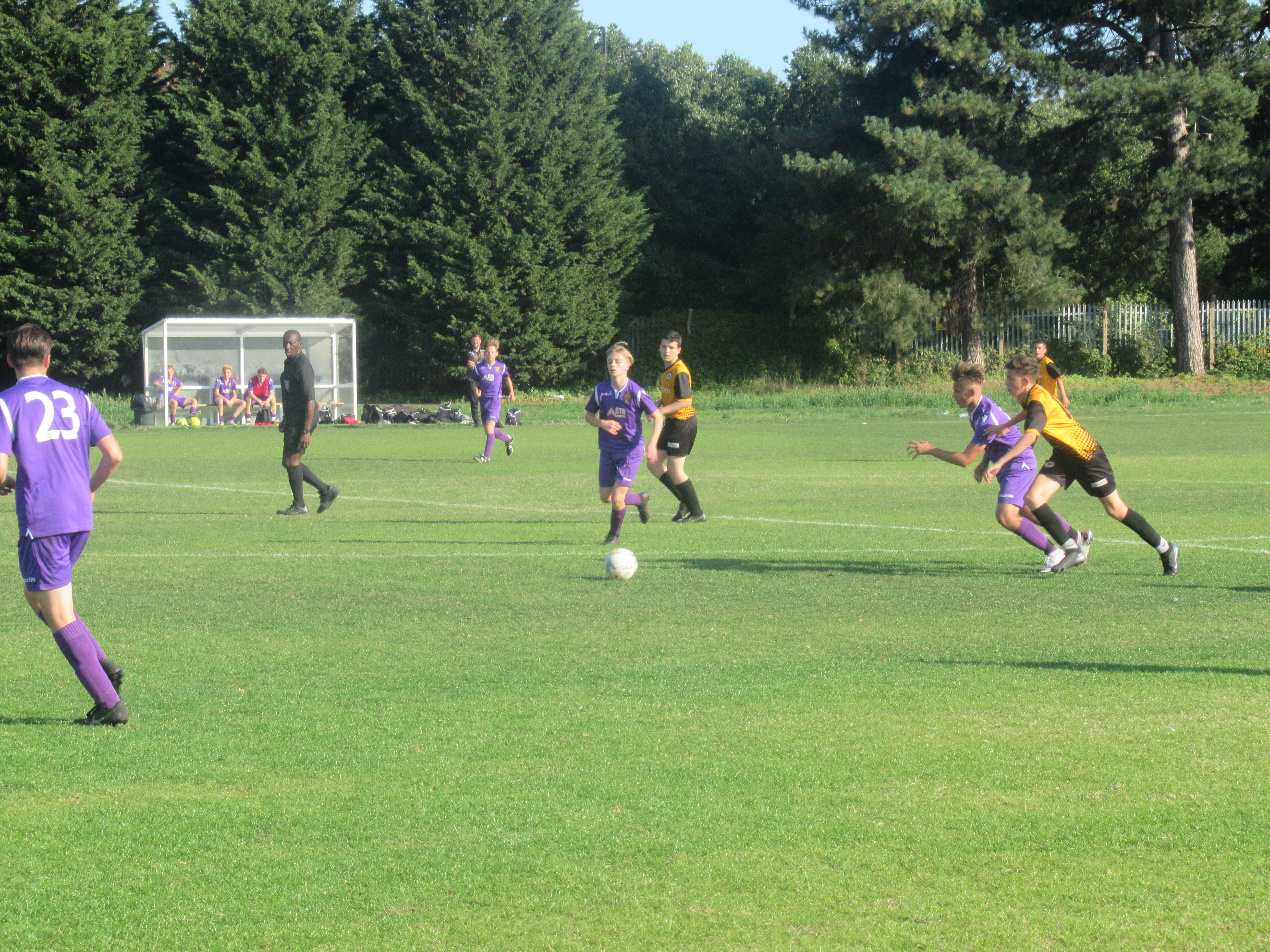 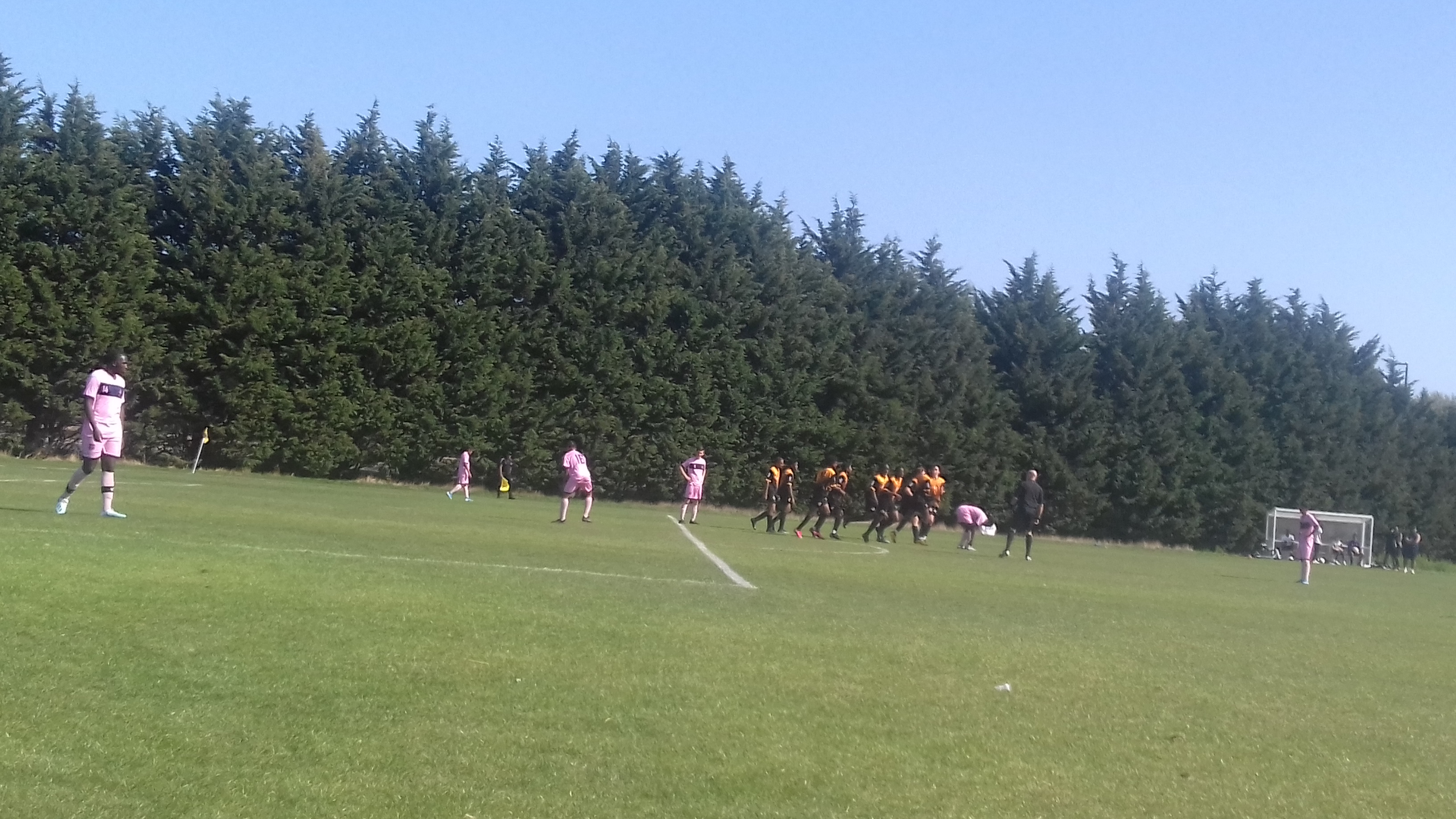 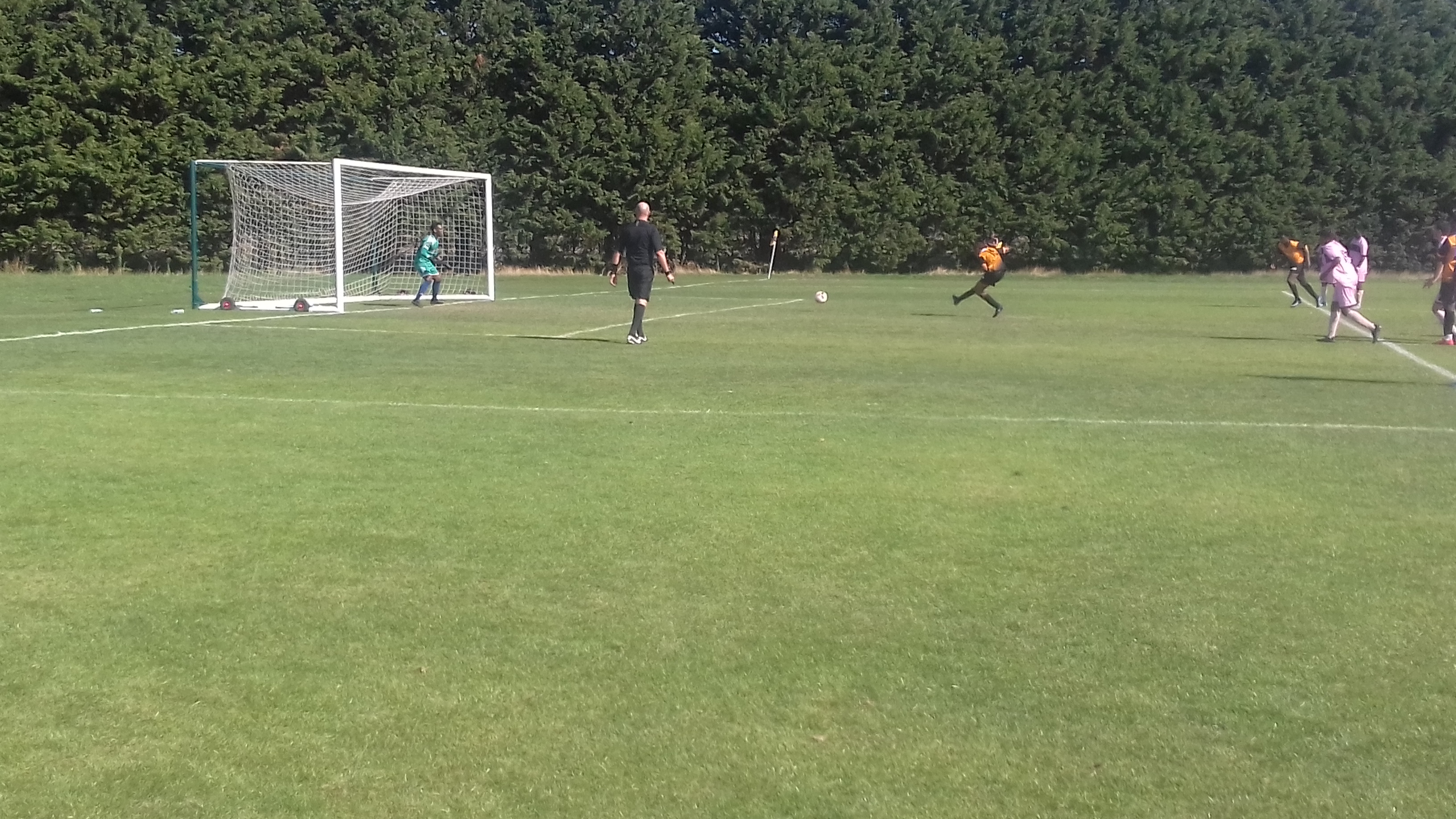 Meanwhile, the U14s Lions also won at home, 7-4 vs Red Devils at Foots Cray Rugby Club in the North Division.

Finally, the newest addition to the league, the U13s won impressively, 7-0 at Phoenix Sports in the North Division.

Well done to all the teams who won and played today in what would have been their first competitive league games since March.