With Cray Wanderers without a game until the 23rd October, a friendly game was arranged against Basildon United at Hayes Lane on Wednesday 13th October.

It was a lively contest as Cray went two nil up through two Fjord Rogers strikes before Basildon pulled the game back to 2-2 with two goals either side of the hour. Cray though won the game late on with a tremendous Richard Afrane-Kesey free kick and a header from a trialist from a corner two minutes from time.

After a lively start from Cray, the Wands opened the scoring in the 7th minute when a fine ball from Nicky Bailey found Rogers just on the edge of the area who found space to shoot and fired into the bottom left corner.

Shortly after Rogers hit the post and the keeper claimed the ball at the second attempt and then curled a shot over the top.

A young Basildon side were not without chances and Jack Turner had to make a couple of smart stops in the first half.

On 38 minutes it was 2-0 to Cray when Tom Hanfrey found Freddy Barton out on the right who cut inside to play a pass to Rogers who from 12 yards placed a shot into the bottom right.

Right on the stroke of half time it was almost three nil when a penalty was awarded but Rogers spot kick crashed back off the right upright.

The second half saw a spirited fight back from Basildon and on the hour the no 10 down the left cut into the area and fired in a cross shot into the bottom right.

Then two minutes later it was 2-2 when the no 11 broke into the area and fired home a crisp finish into the net.

The visitors threatened to take the lead and the no 11 was unlucky to see a curling shot come back off the right post and the no 8 fired the rebound wide.  Then Turner had to make two good saves to deny the no 3 and no 9.

It just needed something special to restore the Cray lead and it came when from a free kick 20 yards out, Richard Afrane-Kesey crashed home an unstoppable shot high into the roof of the net.

Basildon almost made it 3-3 when the no 9 inside the area took the ball round Turner but the angle became a bit tight and fired over.

There was still time for a fourth Wands goal two minutes from time when from a left wing corner from Afrane-Kesey towards the near post was headed into the net by trialist 1 and completed the scoring in a brisk and open game.

A note for supporters that Cray Wanderers can announce that

Fjord Rogers has joined Sevenoaks Town on a 28 day loan. We wish Fjord all the best with his stay at Sevenoaks Town who are a smashing club and will learn a lot under the management of Micky Collins & enjoys his month stay at Greatness Park. Good luck Fjordy. 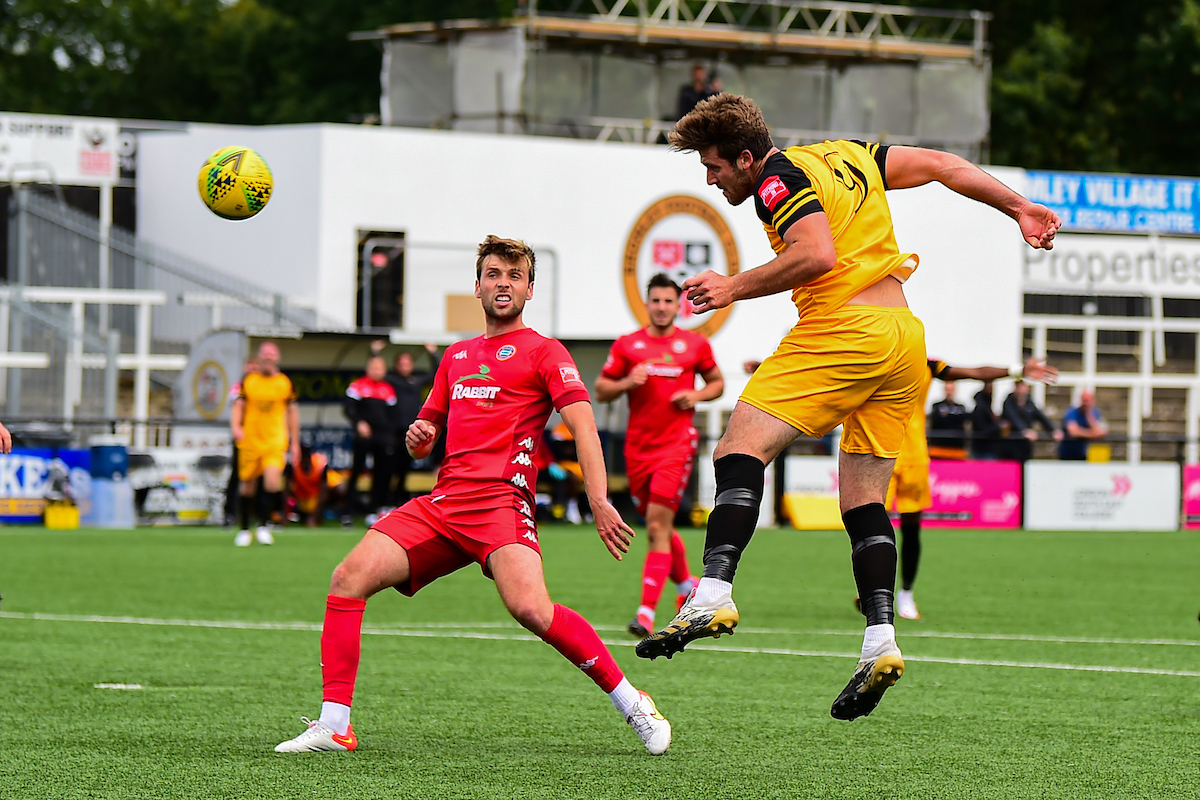 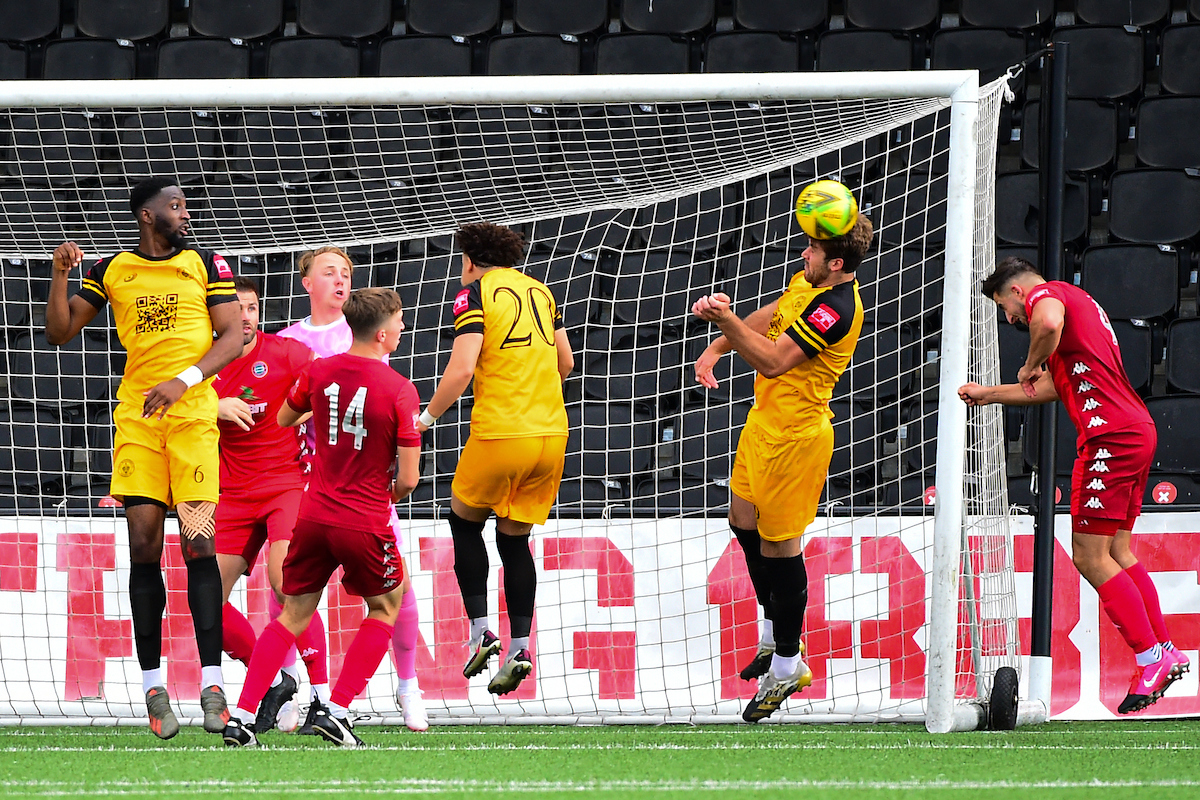 BROMLEY, ENGLAND – AUGUST 28: Cray Wanderers’s Fjord Rogers heads the ball out of defence from a Worthing corner during the Isthmian Premier League match between Cray Wanderers and Worthing at Hayes Lane on August 28, 2021 in Bromley, England . (Photo: © Jon Hilliger / HilligerPix)