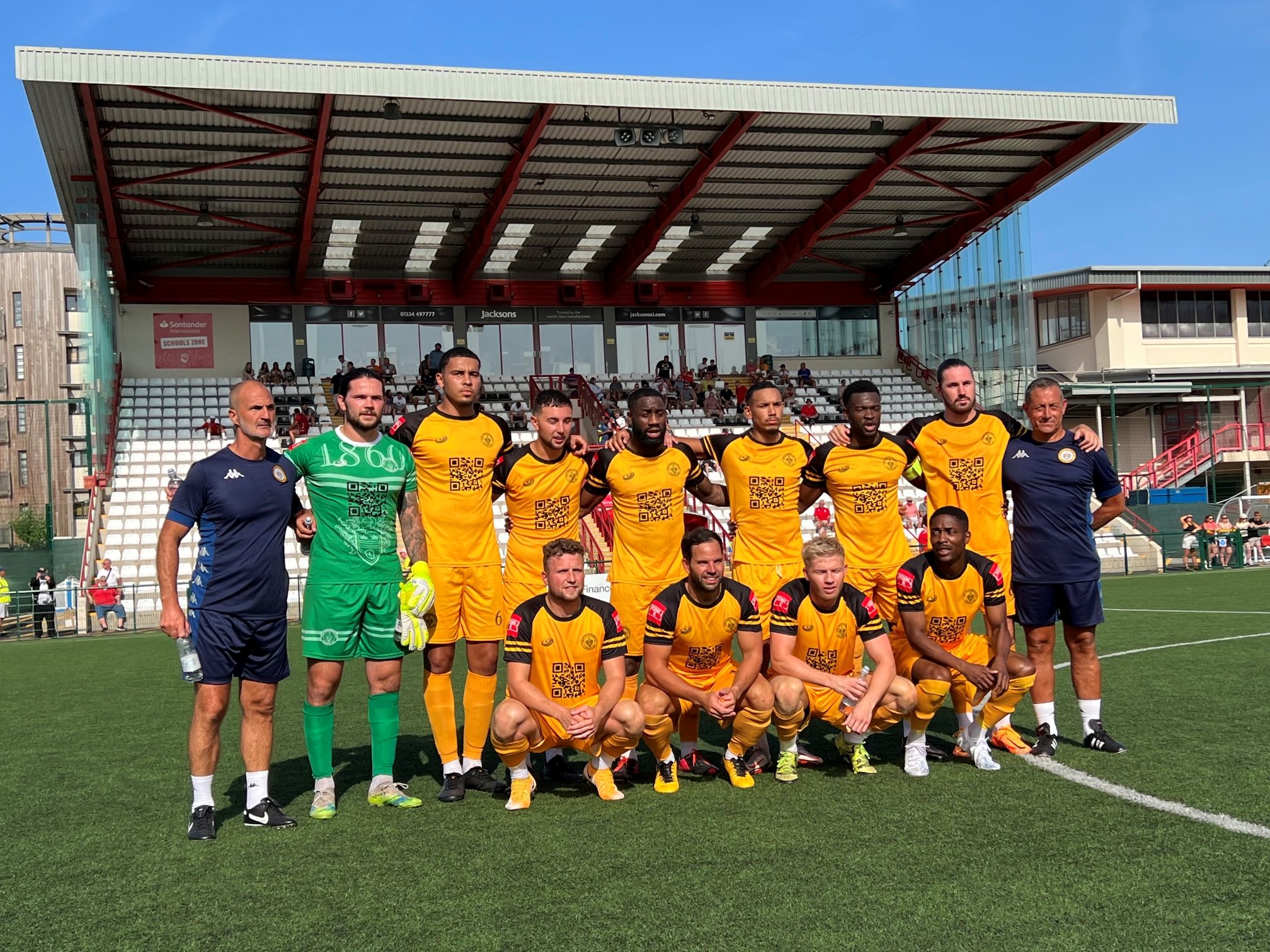 Cray Wanderers return to pre-season action on Wednesday 27th July as the Wands head to Sevenoaks Town for the Wands sixth pre-season game.  Kick off 7.30pm. 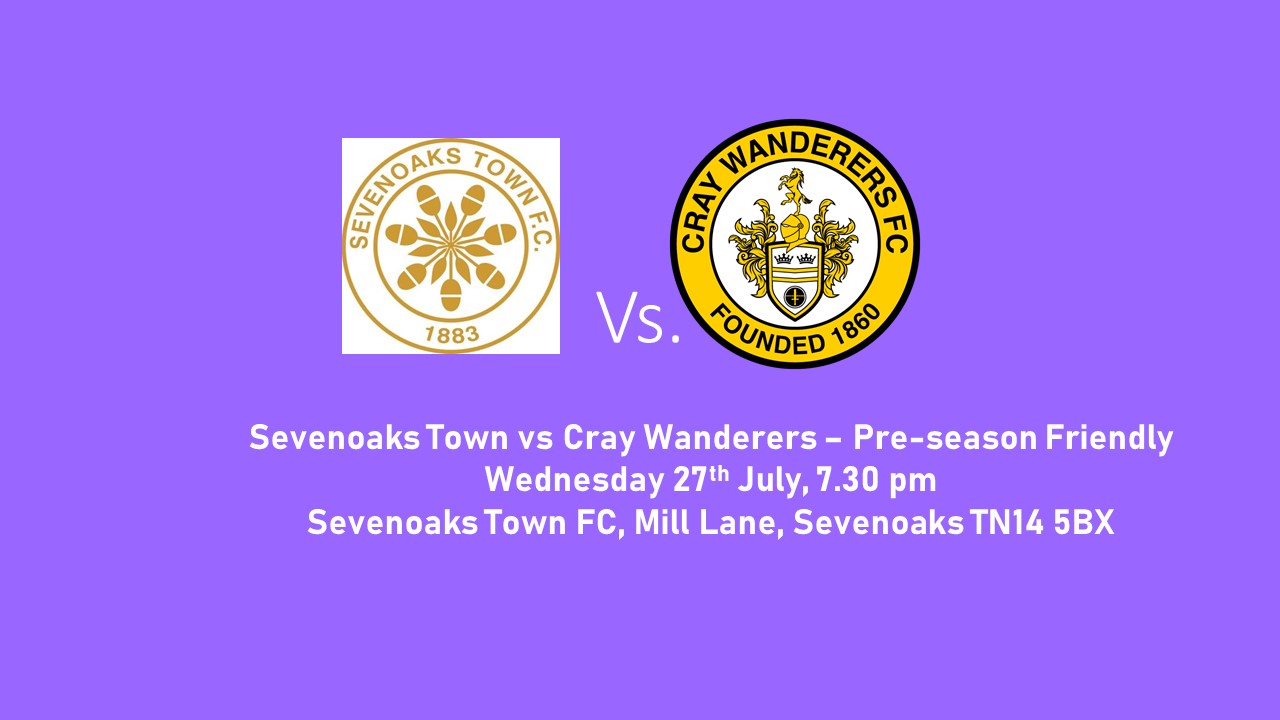 Admission costs are £5 adults, £3 concs , £1 U18s and online tickets are available via www.sevenoakstownfc.co.uk/first-team-tickets or you can pay on the gate by card or cash.

!Please note for supporters that travel by train that there is a rail strike on Wednesday so in this instance rail travel is not a great option!

The match has been moved from 3rd August to 27th July to assist Sevenoaks Town who begin their season on 6th August in the FA Cup Extra-Preliminary Round at Horley Town.

Cray will be looking to gain some momentum in the next three friendly games against Sevenoaks Town, Beckenham Town and Bromley U23s with the Wands league campaign beginning at Billericay Town on 13th August.

Although results went against Cray in the Jersey Bulls Cup it was a very positive long weekend for the club to help with team bonding and getting some competitive tournament football rather than one-off games and look at some trialist players.  During and since the Jersey trip the club have announced the signings of goalkeepers Jacob Russell and Shaun Rowley, defenders Sinn’kaye Christie and Alex Bentley, midfielder Mitch Chapman and winger/forward Nyren Clunis to add to that of Harold Joseph, Sam Skeffington, Danny Bassett, Billy Crook and Tom Derry and retained players Anthony Cook, Freddy Barton and Sam Wood.

Sevenoaks Town have made a 100% winning start to pre-season winning all five so far including a 4-1 win at Deal Town on Saturday.  Harry Hudson’s side after their FA Cup tie begin their Isthmian South-East season at home to Three Bridges on Saturday 13th August.

Last season was probably one that Sevenoaks Town didn’t really want to end as after Hudson was appointed in February they won eight out of the last nine games including beating champions Hastings United to steer comfortably clear of relegation finishing 13th.

Sevenoaks have been able to retain a number of players from last season including ex-Cray Wanderers forward Frankie Sawyer and have added Jordy Ndzoid, Omarr Lawson, Danny Lear, Dan Hector, Reggie Rose and a player Wands fan will know well, Freddie Parker who scored 32 goals for Cray in four seasons between 2018-21. 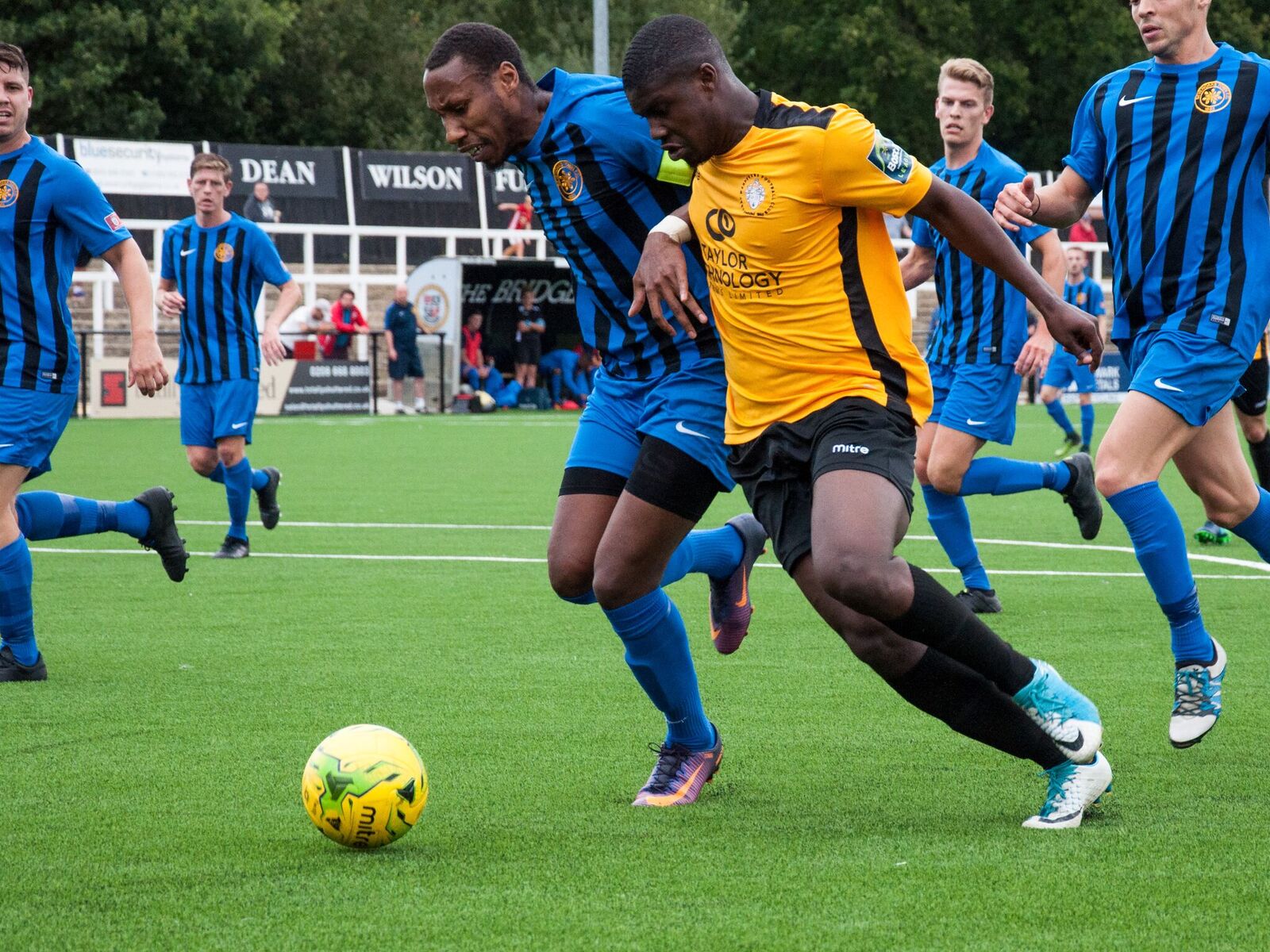 Sevenoaks Town were promoted to the Isthmian League for the first time in 2017-18 as SCEFL Champions and finished 10th in their first Isthmian South-East season in 2018-19 and were the only side to win at Champions Cray Wanderers that season. The next two seasons which of course were not completed they were 10th in 2019-20 and were lying 5th in 2020-21 after 8 games and went on to finish 13th last season. 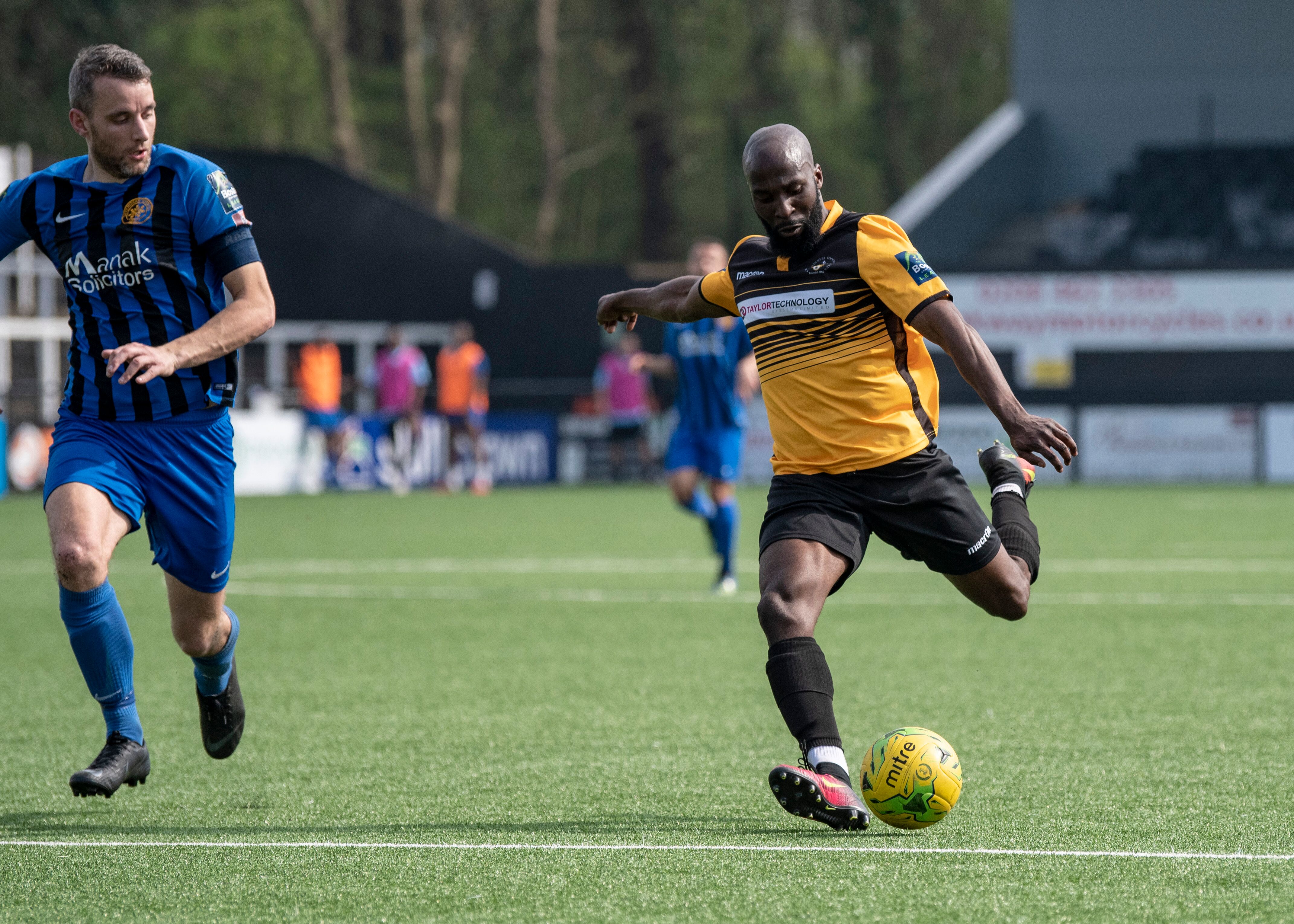 Both teams will be looking forward to the new season and with renewed optimism and should be a fine game of football.

Also from the M25 exit at Junction 5 onto the A21 and then almost immediately take the turn off for the A25 in the direction of Riverhead. Continue on this road for two miles, passing the junction with St Johns Hill. When you pass a Shell garage on your left hand side take the next left into Mill Lane for the ground. There is a small free car park there.

For pubs there are plenty in and around Sevenoaks to choose from particularly the High Street. The Sennockian (Wetherspoon, 139-141 High Street), The Chequers (real ale pub, 73 High Street), The Halfway House (London Road) and the Vine Restaurant (11 Pound Lane) may well be worth a visit.  If making a day of it there are plenty of lovely slightly out of town places to visit like Otford, Kemsing, Westerham and Seal with plenty of eating and drinking venues often in idyllic rural settings.