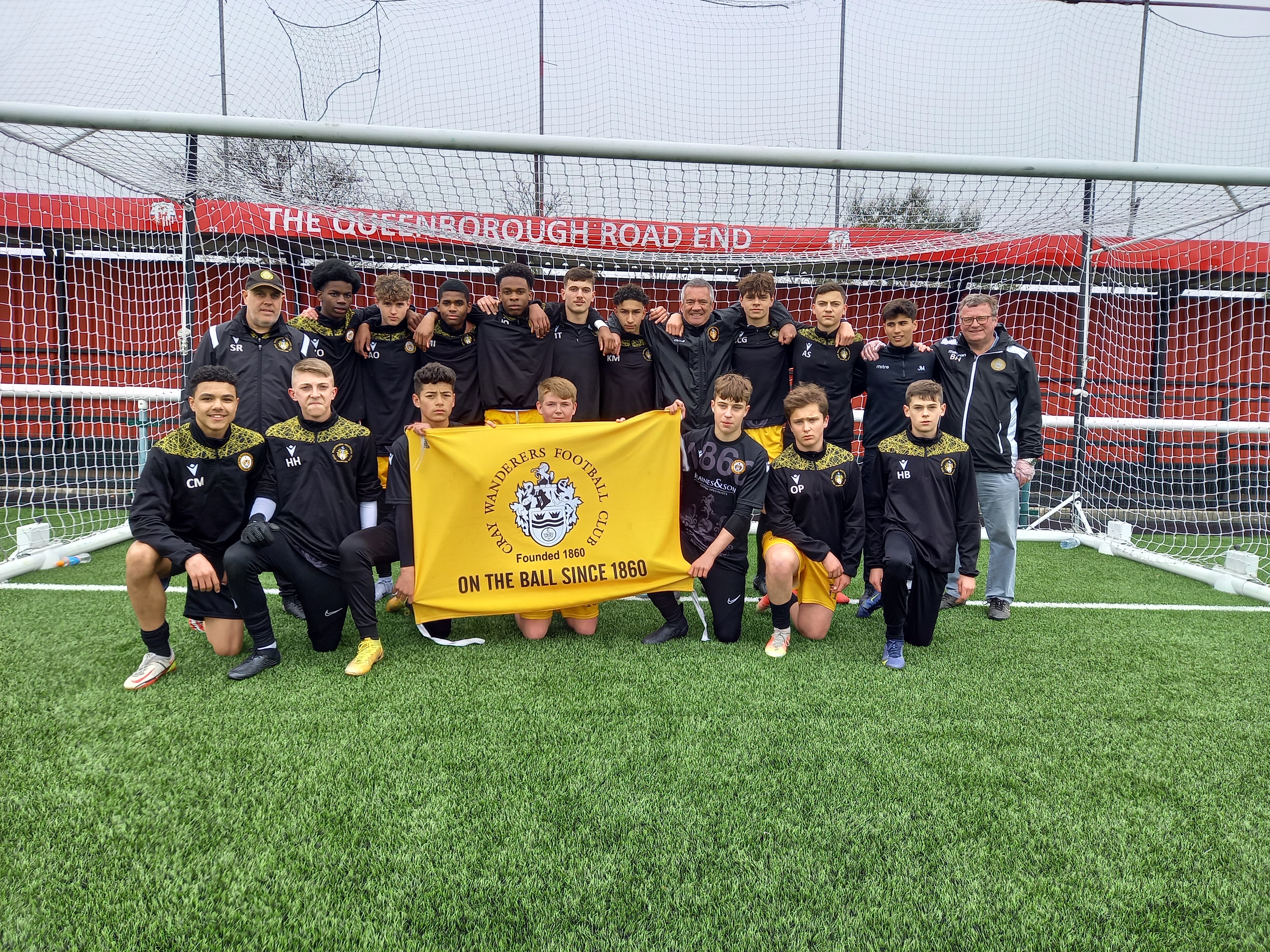 Cray Wanderers U15s Lions hopes of retaining the Kent County Cup won two years ago were dashed as Bromley won a local derby U15s final at Sheppey United FC.  The Wands were the better side for the opening 20 minutes and created chances against a strong Bromley side but the Lilywhites struck three times before half time, all from set pieces and despite Cray’s best efforts in the second half couldn’t get back into it and Bromley scored two more goals to give the final scoreline a rather harsh look.

The scene was set at the excellent facilities at Holm Park for an exciting final especially as the two sides met in the Kent Youth League North on 27th February which Cray won 2-0 in a tight, tense game but this promised to be an open and attacking match which it became from the very start.

Steve Owen and Steve Redman’s superbly coached side had reached the final in good style beating Gravesham Borough, Danson Sports, Fleetdown, Folkestone Invicta in a remarkable quarter-final won 6-5 and against Cray Valley PM in the Semi-Final.   Mike Paye’s Bromley were perhaps slight favourites for the match and had much more of a straight forward run to the final beating Kings Hill, Bromleians, Erith & Belvedere and a tough contest with Ebbsfleet United in the Semi-Final. 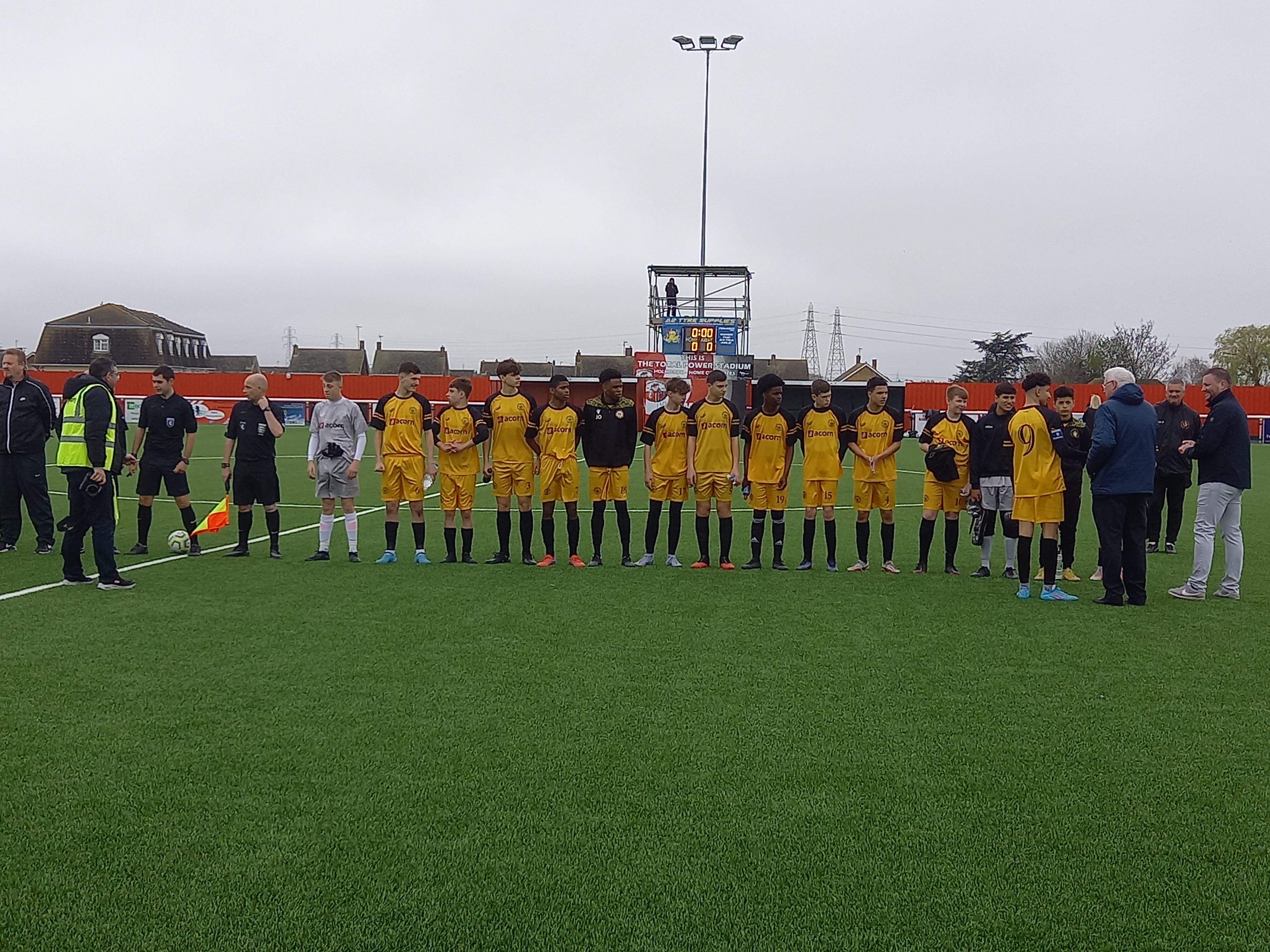 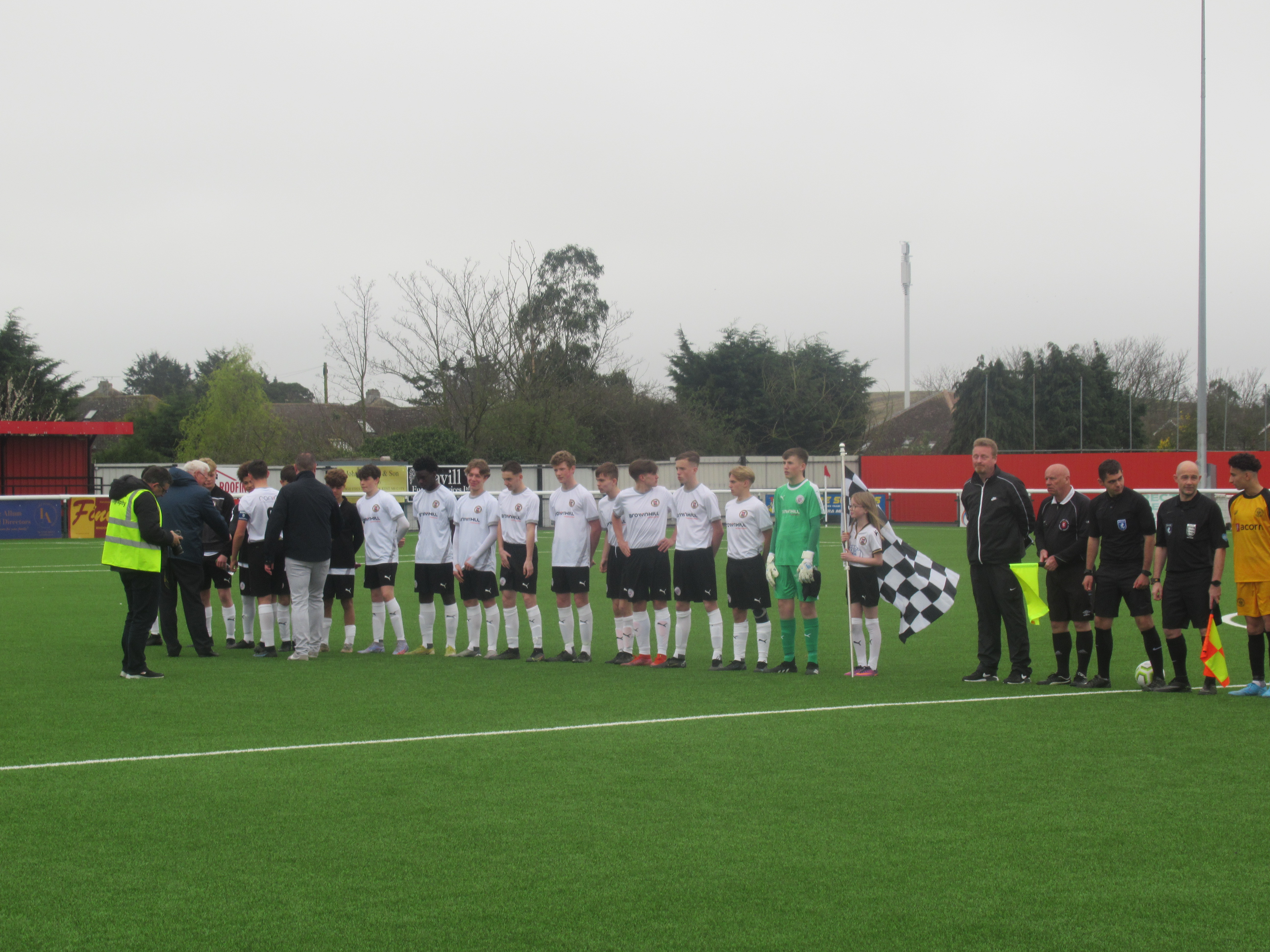 On a grey afternoon the anticipation and build up to the game was a thrill to be around and credit to the Kent FA and Sheppey United for the organisation and facilities with two other cup finals played earlier in the day.

From the off the game saw early chances. Jayden Obarotimi was a key figure in the earlier league game scoring twice and came close to scoring in the opening minute when down the right, Michael Ihiedi’s cross to the near post was stabbed wide by Obarotimi. 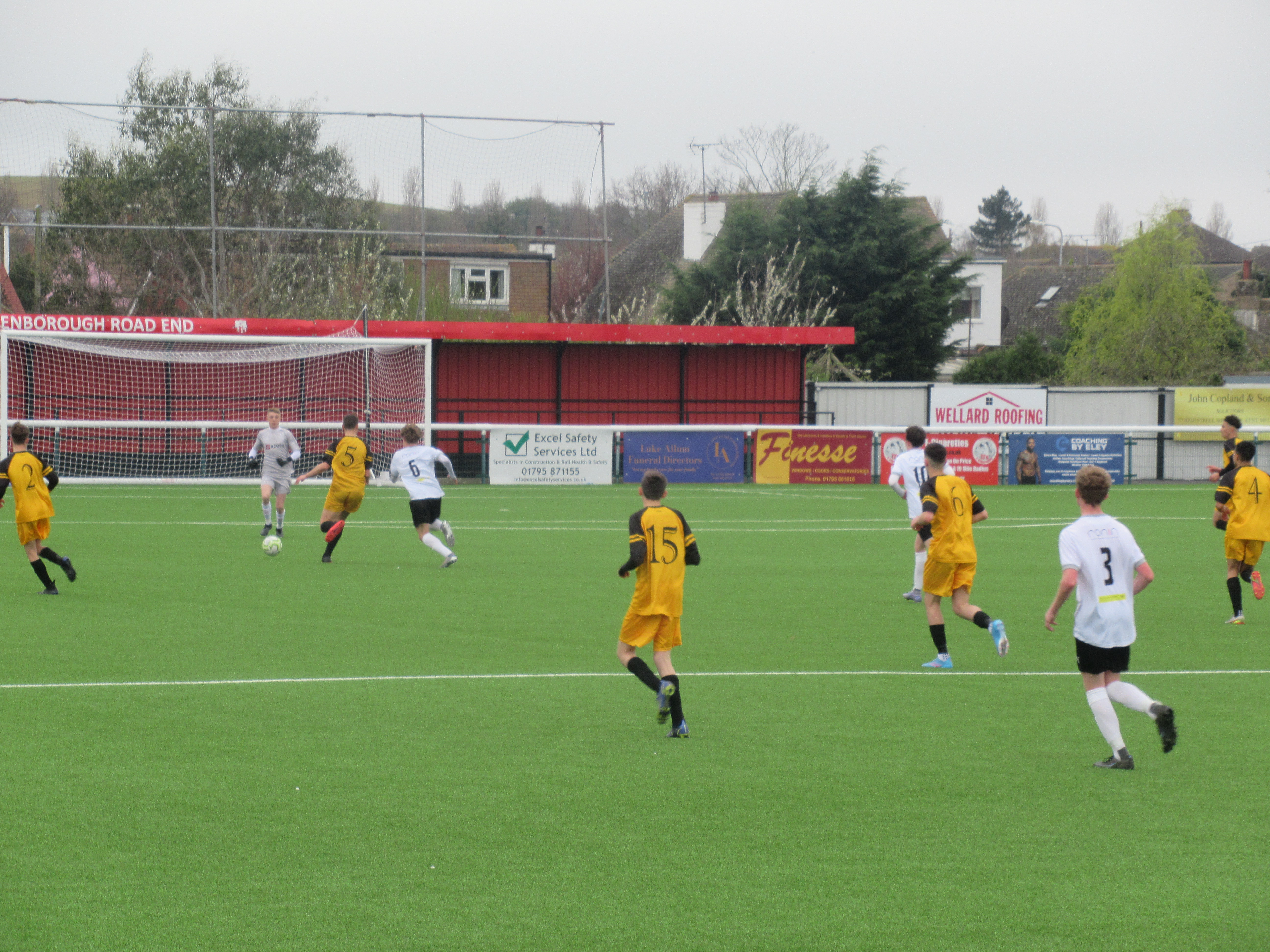 Bromley showed their intent when Harry Clout made a run forward and fired just wide of the right post from 20 yards.

Cray were looking threatening in the opening stages and Cameron McQueen came close with a shot from outside the area which Bromley keeper Carter Sullivan pushed out and then in the 7th minute, Obarotimi found space in the box but his shot was saved by the legs of Sullivan.

The Wands almost scored again when from a corner down the right Callum Redman’s cross was headed over by Ihiedi.  Then the striker came close again when he chased a ball into the area and after hesitation from Sullivan and Oliver Driscoll stabbed just wide of the left post. 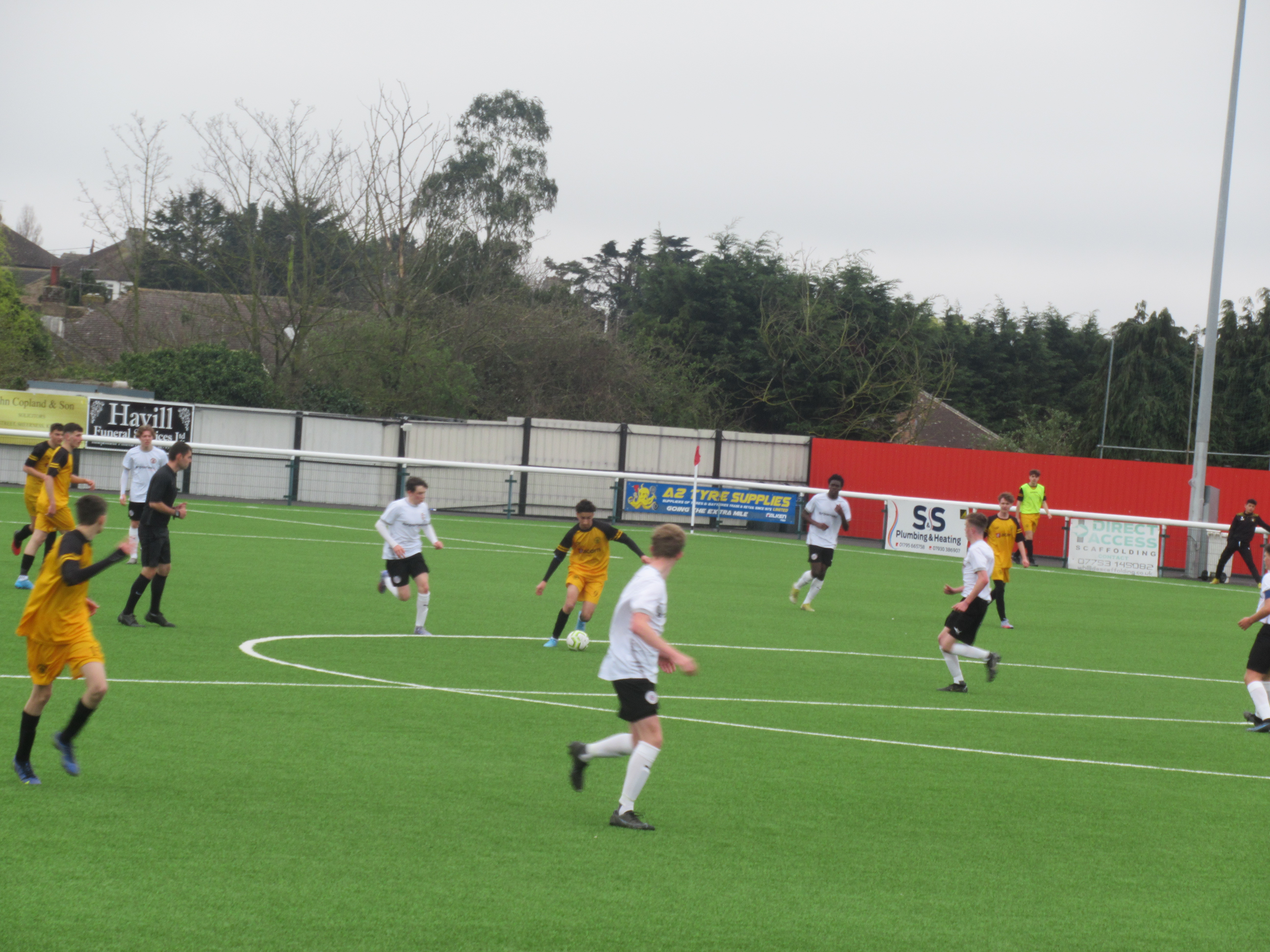 From the 20 minute mark though Bromley after weathering that early storm were beginning to up the gas and Clout shot wide of the left post and then set up Ryan Jamieson down the left and his near post shot was well saved by Harry Haines.  For Cray, McQueen fired in a shot from distance which was held by Sullivan.

It was looking like the first goal of the game would prove crucial to the ultimate outcome of the match and on 24 minutes Bromley took the lead.  From a free kick down the left the ball was played short to Driscoll who possibly intended to float the ball into the box but instead hit the top right hand corner of the net.

From here Bromley took more of a control of the game with Jamieson firing just wide and Cray really needed to show their battling qualities to stay in the game.

In the 31st minute, Bromley went two nil up when Driscoll scored his second from a free kick down the right close to the corner flag and his shot flew past Haines and into the net.

Looking for a hat-trick another Driscoll free kick was well held by Haines and Cray were not really able to get the ball up the other end of the pitch and probably needed half time to regroup.

Cruelly, in the 3rd minute of added on time, Bromley scored a third when a free kick was perhaps a little harshly given against Haines for handling outside the box and from the free kick, Clout who had a great game for Bromley curled the ball round the wall and into the left corner of the net to make it 3-0 at half time.

Cray just needed to regroup and try to win the second half and certainly came out with a lot of purpose at the start of the half. 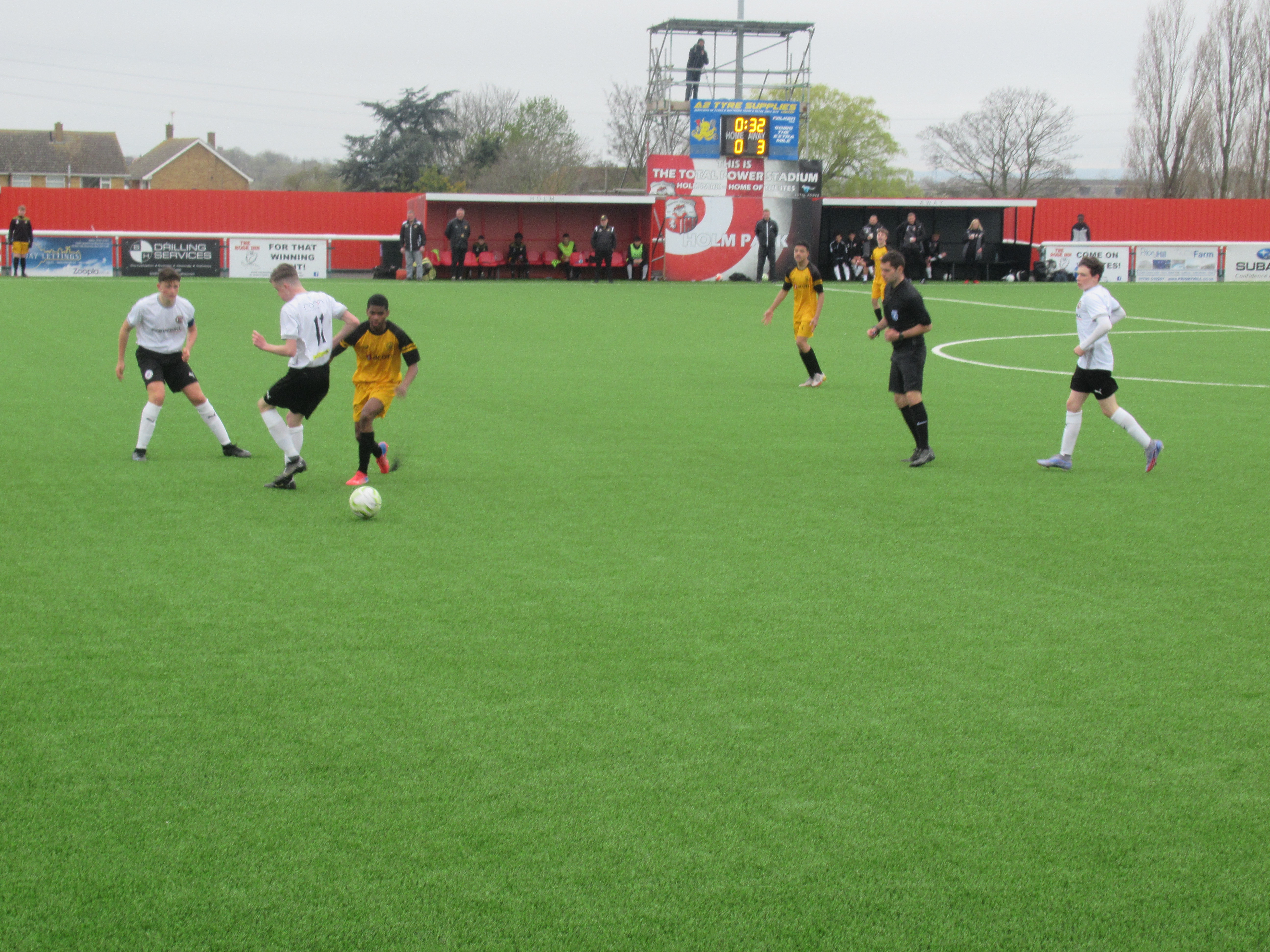 Bromley were perhaps just sitting back a bit and Cray came close to reducing the arrears when Obarotimi set up Ollie Perkins down the left of the area and his near post shot was turned round the post by Sullivan.

Bromley were still a threat particularly from set plays and Jamieson’s left wing cross found George Evans but his effort was cleared off the line.

For Cray, Marsel Tola headed over and then was found by McQueen and his shot on the turn was deflected behind for a corner.  At the other end, Ben Mills inside the box was denied by a good tackle by Kaya Mahmut. 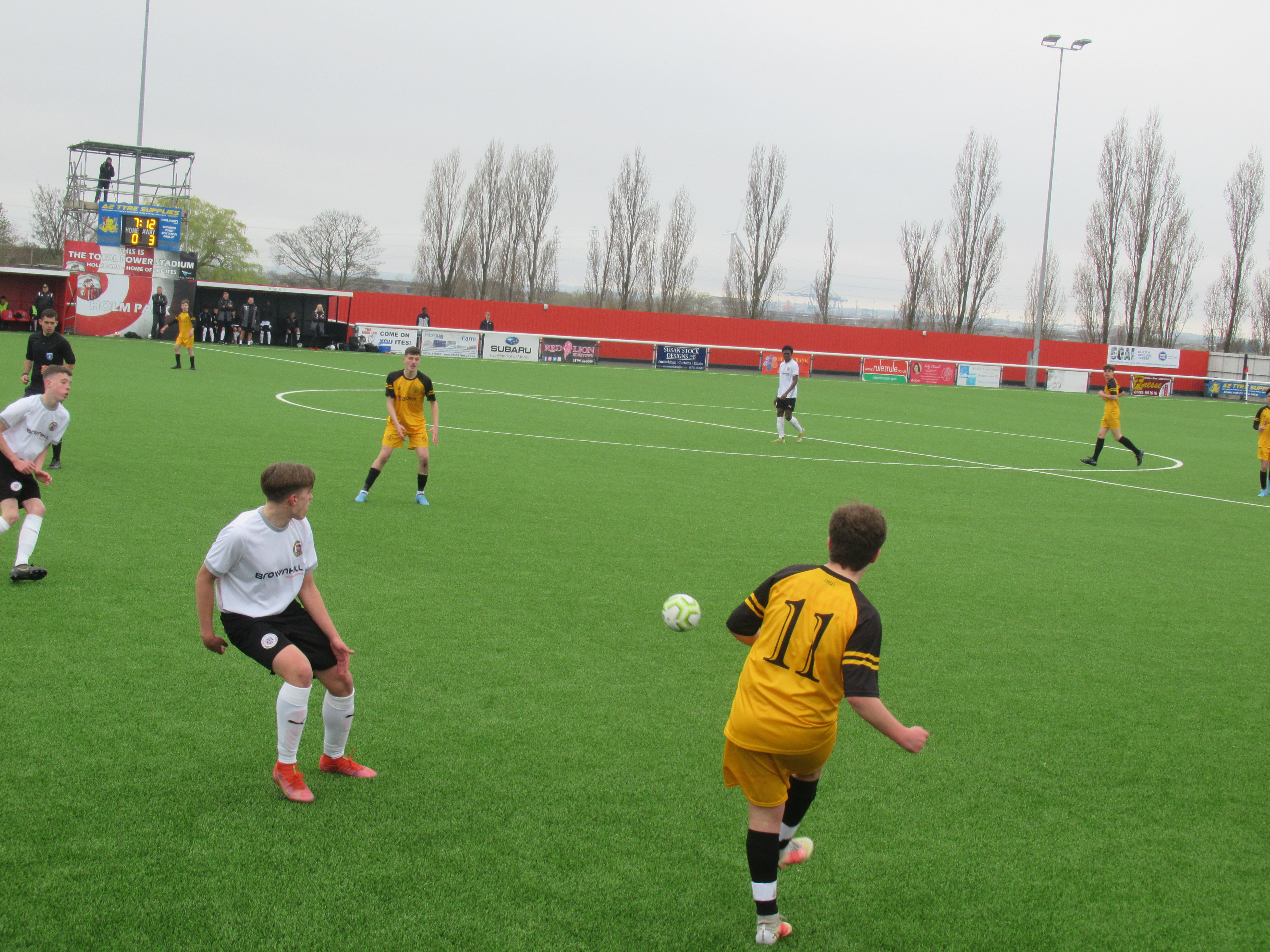 In the 59th minute, the game was as good as over as Bromley scored a fourth when Clout found Jamieson down the left and his ball into the box was turned in by Mills from 8 yards.

Cray to their credit kept plugging away and Perkins saw a shot from outside the area deflected behind for a corner.  From the corner, the ball came to Obarotimi whose goal bound shot was well saved by Sullivan pushing the ball over and certainly had to make some key saves during the game.  Then McQueen fired over and was probably the last real opportunity to get a consolation goal.

The game was just starting to wind down to an inevitable conclusion and Clout fired over the top but in added on time Bromley were awarded a free kick just outside the box after a foul on Kash Odiase.

From the free kick, Jamieson fired the ball over the wall and into the net to put the cherry on the cake for Bromley who scored four of their goals from free kicks.

Personally, the final scoreline was somewhat hard on Cray who put so much effort and graft into the game and perhaps just needed to take those early chances as it could have been a different game if the Wands had scored first as Bromley were a bit shaky at the back in the early stages.

In the end there could be no complaints that Bromley were the better side on the day and took their chances superbly but for Cray to reach the final with perhaps not quite the stability that Bromley have in terms of preparation and when the new stadium at Flamingo Park is ready, the Wands side will be that couple of years perhaps older and on a more of a level playing field. 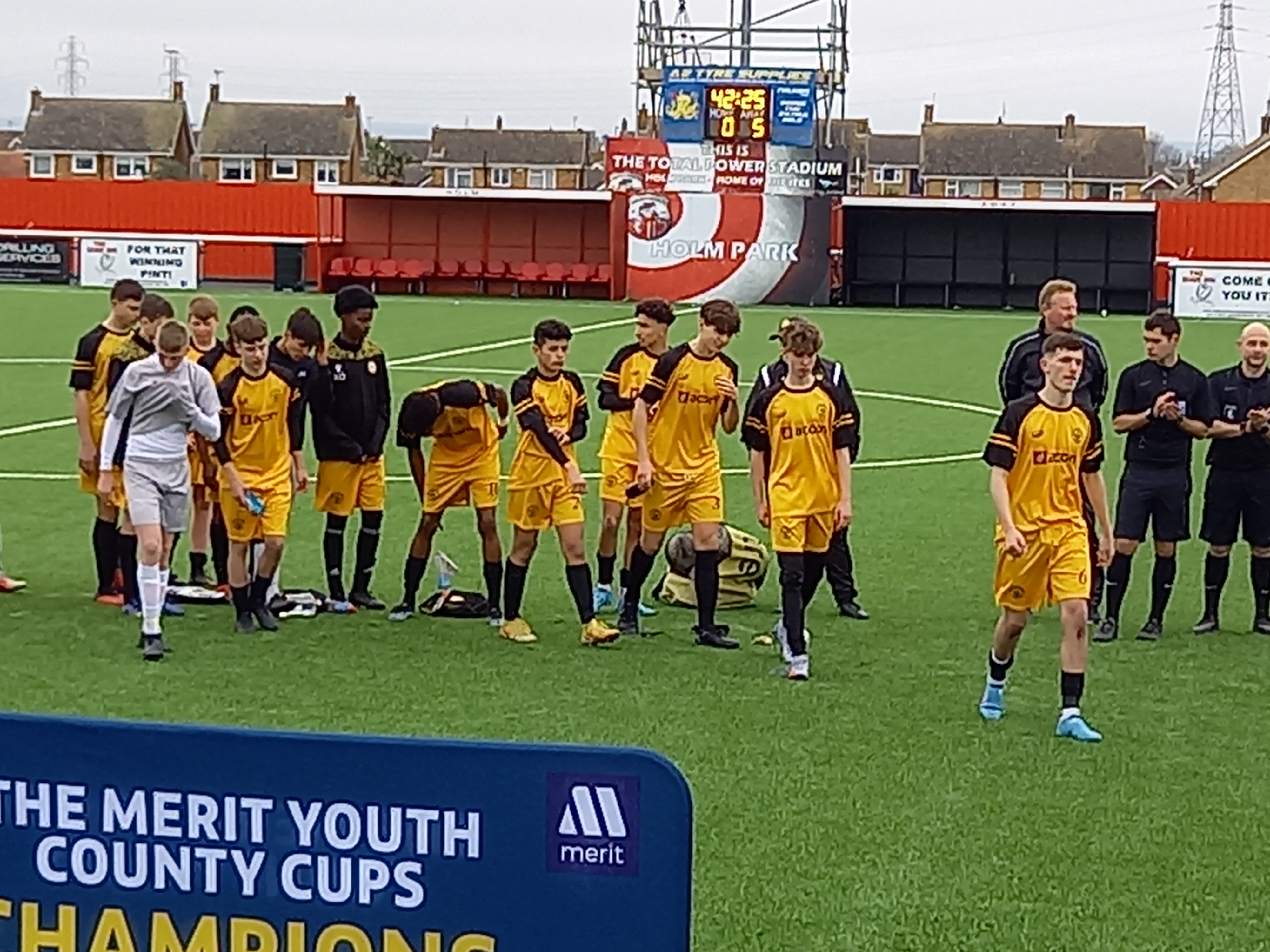 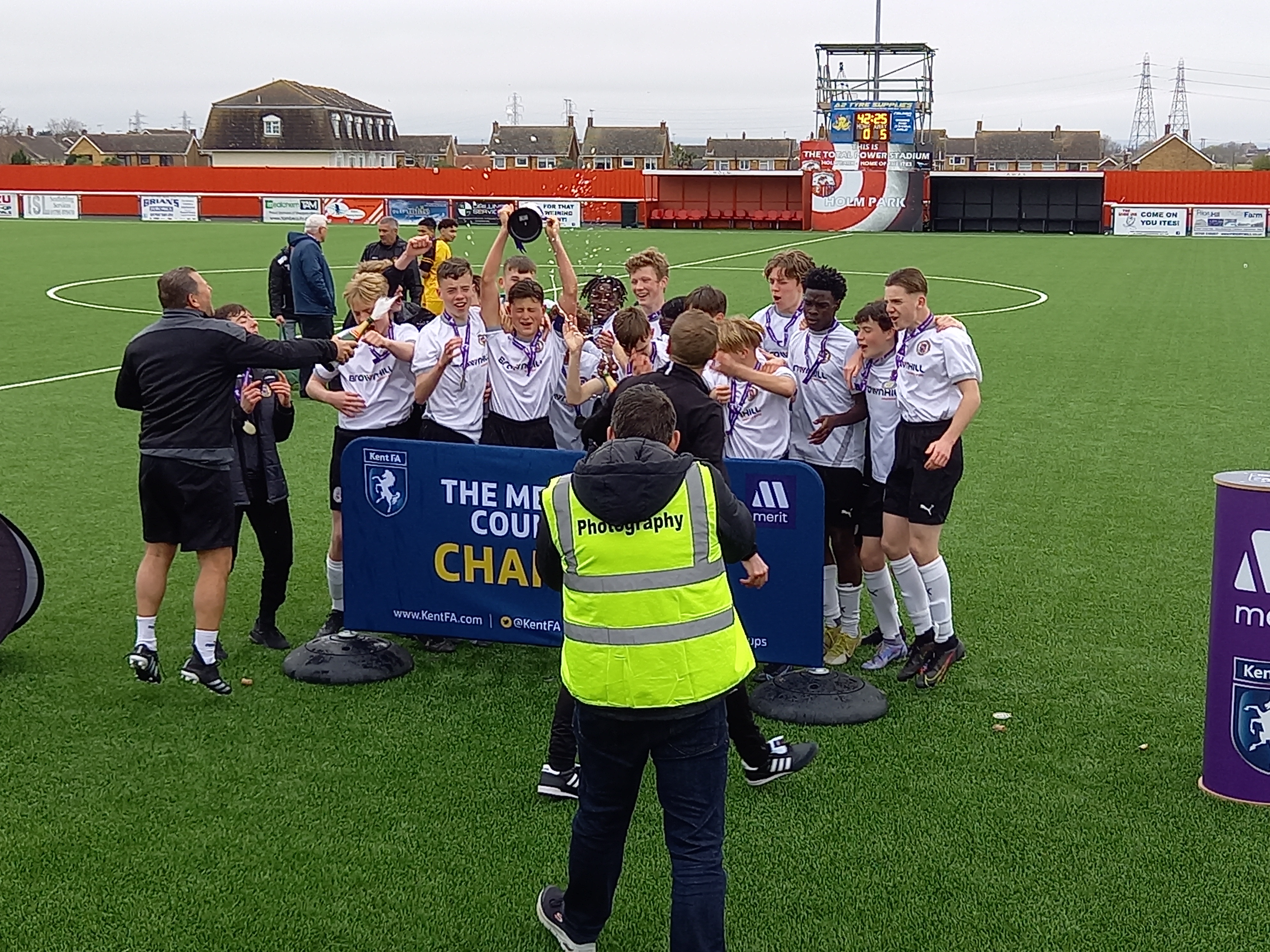 A special word for the Wands Cameron McQueen who after the game went into an obviously buzzing Bromley changing room and shook hands with the winning team.  The team took the defeat very well and with great class and fortitude and can be proud of their involvement on the day despite the result not going quite as they would have wanted.

The teams will meet again in the Kent Youth League North later in the season. Cray lead the division by four points on 33 points from Metrogas and Cray have five matches to play to Metrogas three. Bromley are 3rd five points behind Cray with one more extra game to play so Cray just need to keep winning to clinch the title and prevent the Bromley game from being a title decider.